When we think of royal kitties, without a doubt the Turkish Angora comes to mind. This rare cat breed has an unmistakable look, with its feathery white fur and elegant stature. It’s hard not to bow down to these cats!

So, how did the angora come to be so regal? Between their unique personality and long history,  we can say Turkish Angoras are unlike most other white-haired cat breeds. 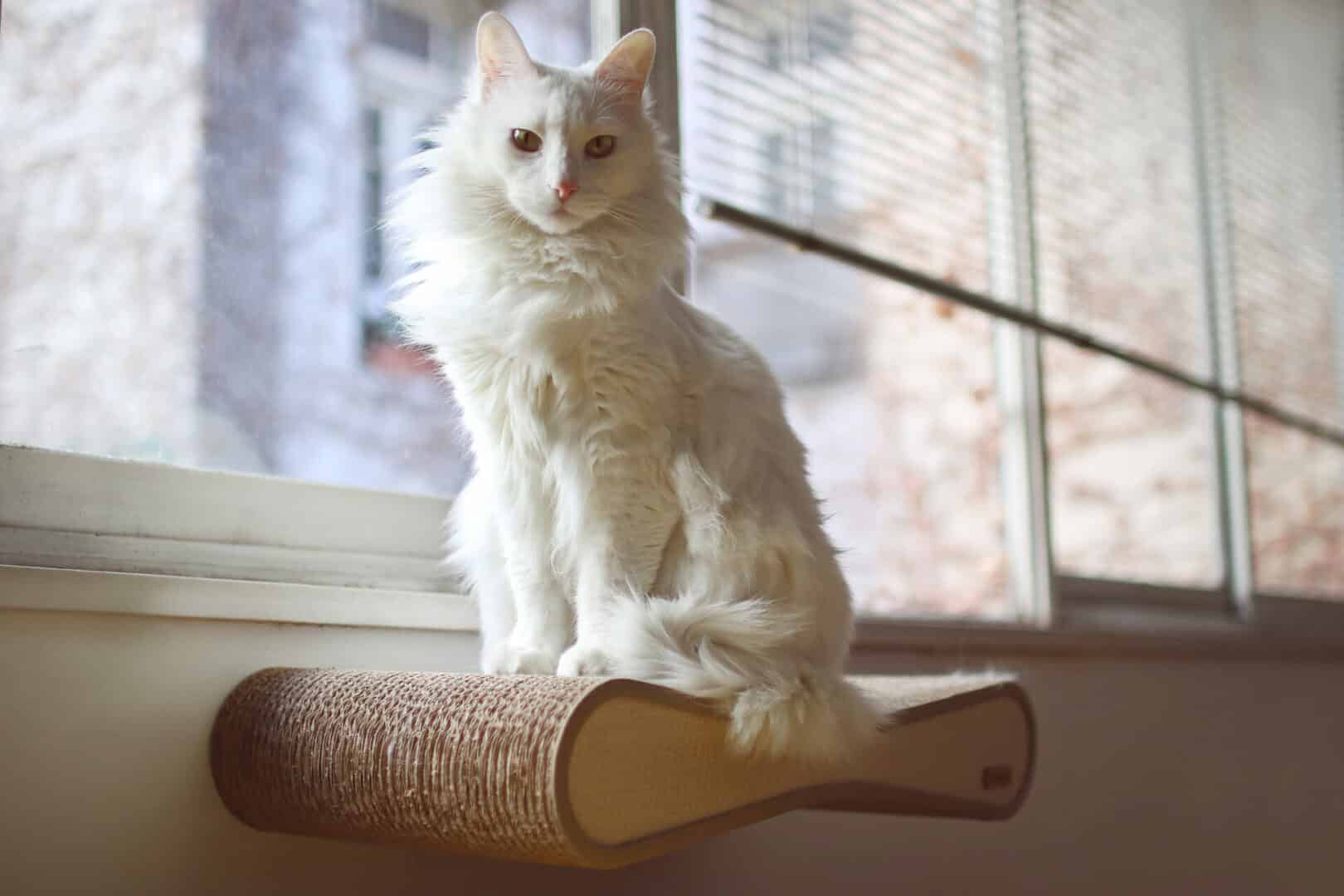 Let’s Discover the Facts that Make the Turkish Angora So Unique!

The Turkish Angora is an ancient cat breed

The lineage of the Turkish Angora dates way back. We are talking at least 7th century A.D.! In fact, legend has it that the Prophet Muhammad chose to let an Angora sleep in his arms rather than disturb her.

Around the time of this legend, these cats lived among the rugged hills and mountains of Turkey, which is ultimately how the breed got its name. At the time, the present-day city of Ankara was known as Angora. This city was a hub of art, religion, and Ottoman culture. No wonder the Turkish Angora is such an elegant breed! 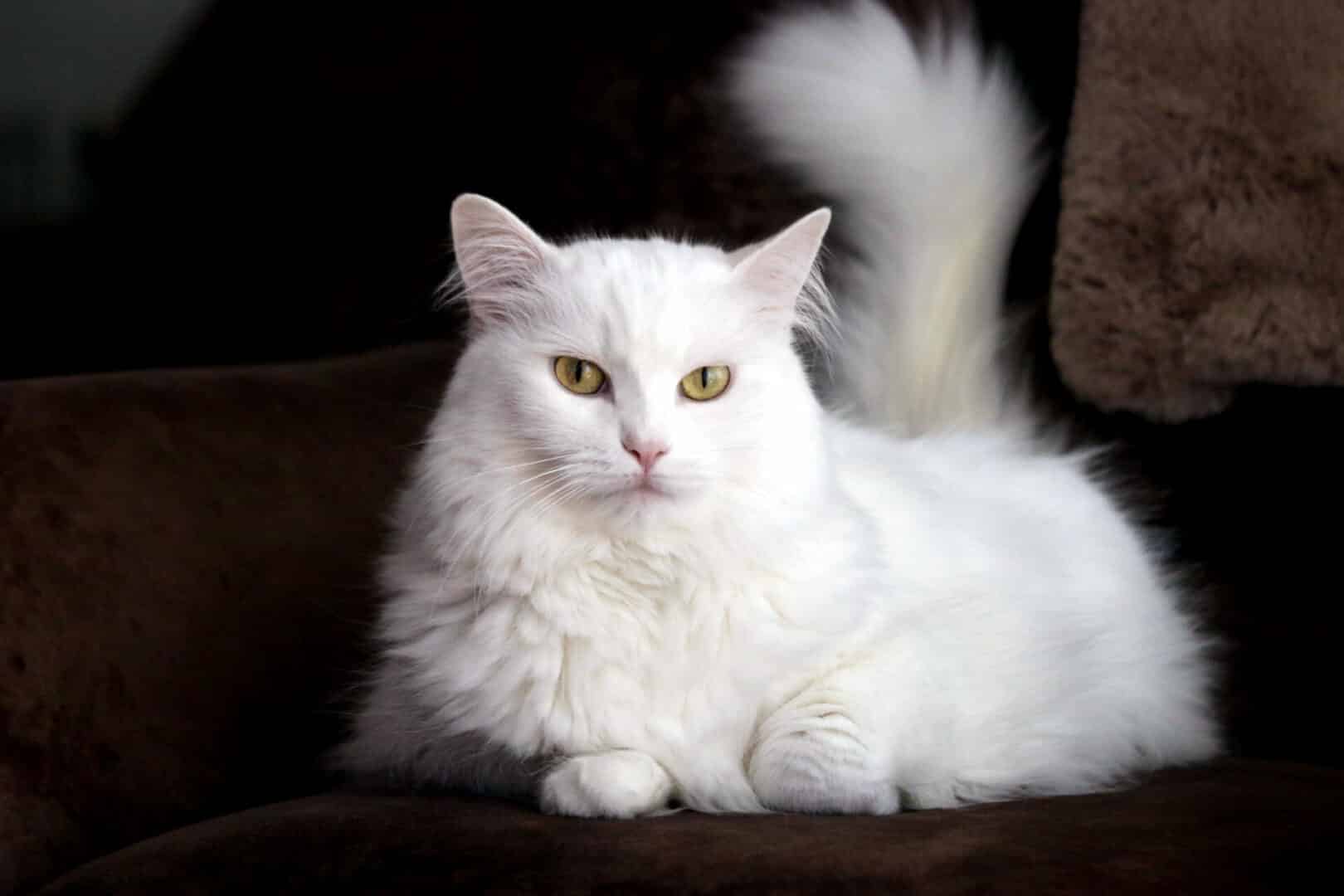 These cats stay kittenish well into their old age

Angoras may be pretty to look at, but they are loved even more for their playful attitude. These cats are very chill and rarely aggressive, around humans and other pets alike. Angoras would rather channel their energy into affection and fun. Many say angoras are always up to something, but it is rarely something that will make you mad. Angoras well-mannered kitties who simply love a little challenge.

This all goes for even older Angoras too. These cats are known to be charming and chill to be around, even in their older years. 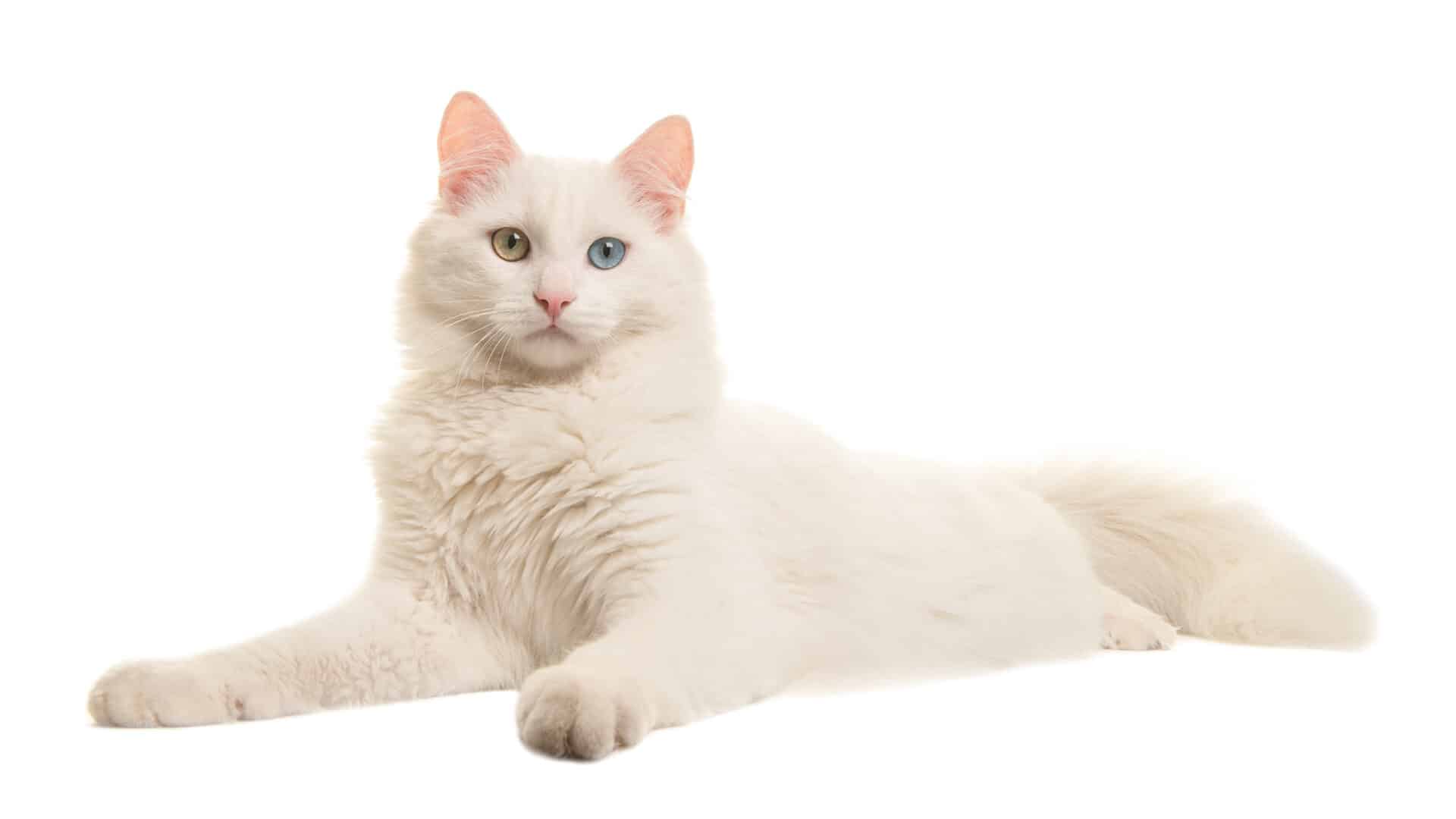 A breed that survived extinction

There was a time where these beautiful cats almost went extinct. It’s hard to imagine, but it’s true.

As the Turkish Angora breed was introduced around the world, it was often interbred with other cats. This was particularly true in America. The rarity of the purebred Angora made the cat actually less interesting. The Turkish government noticed this just as the breed was on the brink of extinction.

Around the early 20th century, the Ankara Zoo set up a breeding program to protect this beautiful and native cat breed. It wasn’t until 1963 that the zoo released a breeding pair to an American couple, jumpstarting the purebred breeding of Angoras in America. This Zoo is the reason we still have the Turkish Angora breed today. 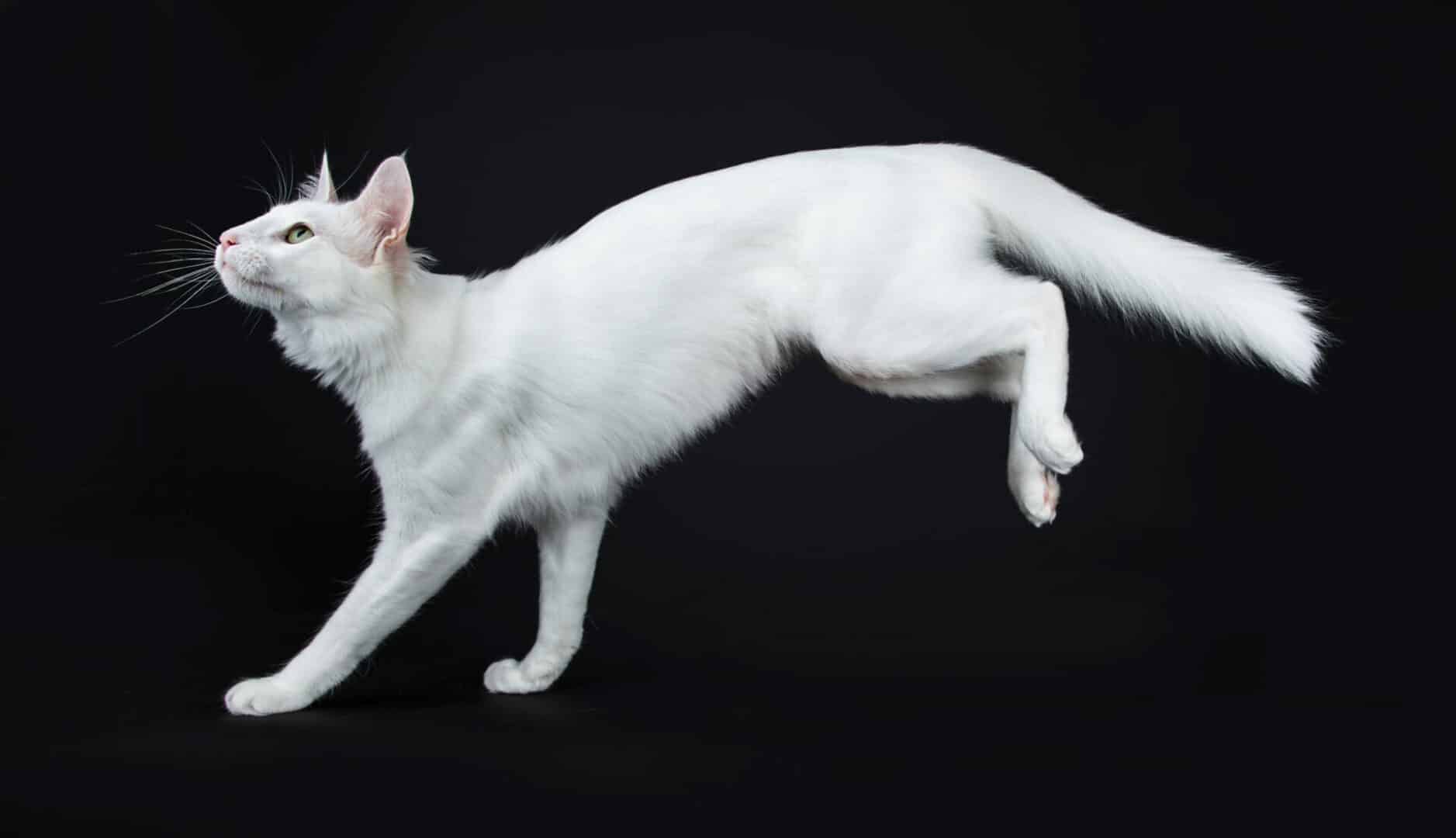 The Turkish Angora is a natural-born athlete

Along with their lighthearted nature, Angoras are known for their ability to scale any wall or jump to any height. They adore finding high places to perch themselves, whether it’s a dresser or kitchen cabinet. This all feeds into these cat’s love of games, showcasing their whimsical intelligence. Whatever Angoras chose to do, they do it well (and for a reason!) And don’t let that fluffy tail fool you into thinking these cats are afraid of getting wet. Because in actuality, many Turkish Angora cats are huge fans of water and will even fancy a swim!

A defining physical feature of Turkish Angoras is their silky smooth white-haired coat. The maintenance of their elegant fur depends on the seasons. In the winter, Angoras have thicker and more typical long hair. On the other hand, the Angora’s fur in the summer is much shorter and thinner.

One of the coolest things about Angoras is that they only have one coat. This makes it so much easier to keep your cat’s coat healthy and clean. 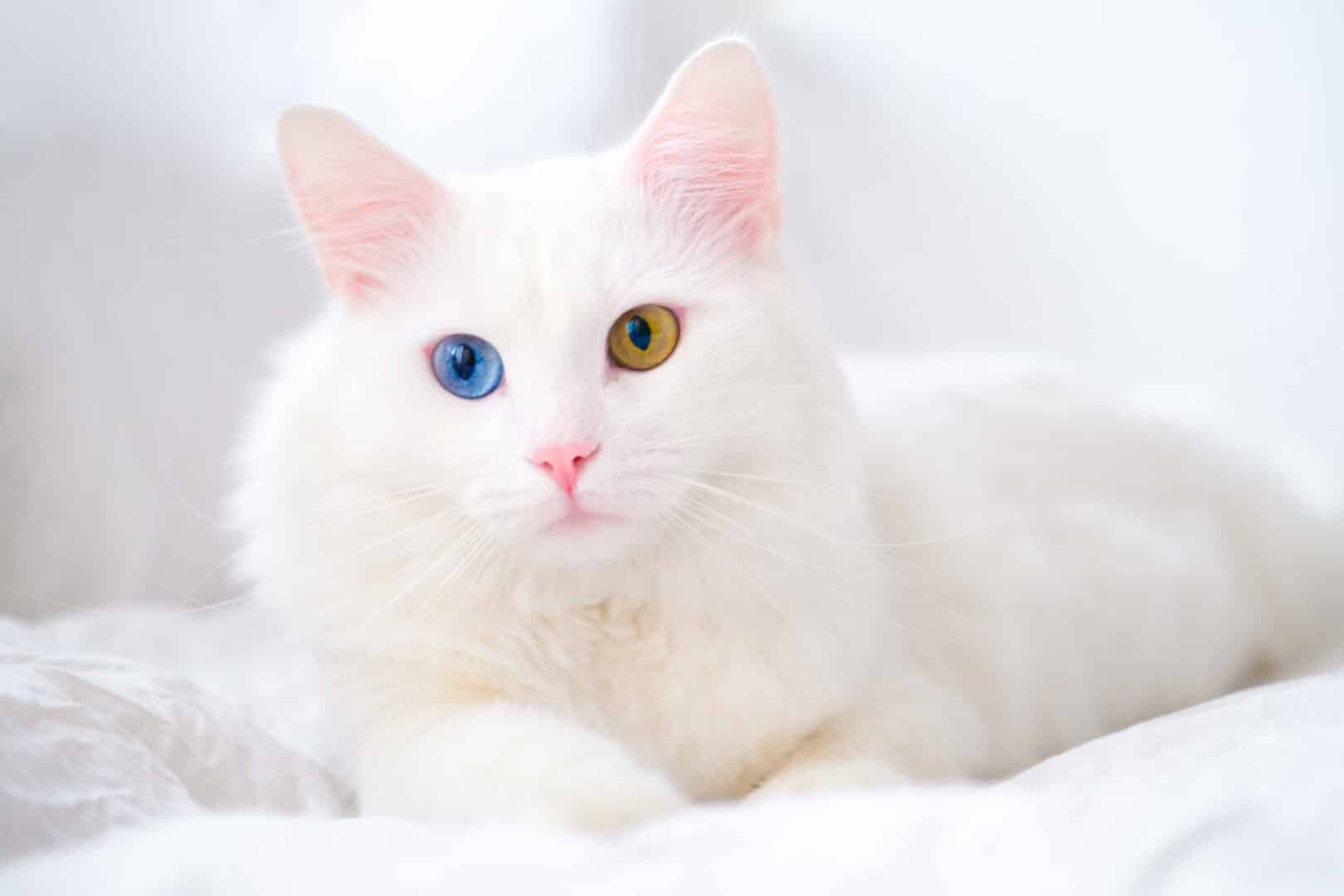 What has made Angoras stand out for centuries are their eyes. They have unique almond-shaped eyes that strikingly blue, green, or amber in color. What is even more interesting is how Angoras often have odd-colored eyes. Yes – you can find Turkish Angora cats with one blue and one green eye. Or, one blue and one amber eye! This all contributes to the rarity and charm of this breed. It also visually shows us the genetic link between Turkish Angoras and the Turkish Van cat.

Strangely enough, eye color is correlated with eye issues for various Angoras, specifically deafness. The cats with at least one blue eye tend to be more susceptible to deafness in either ear. 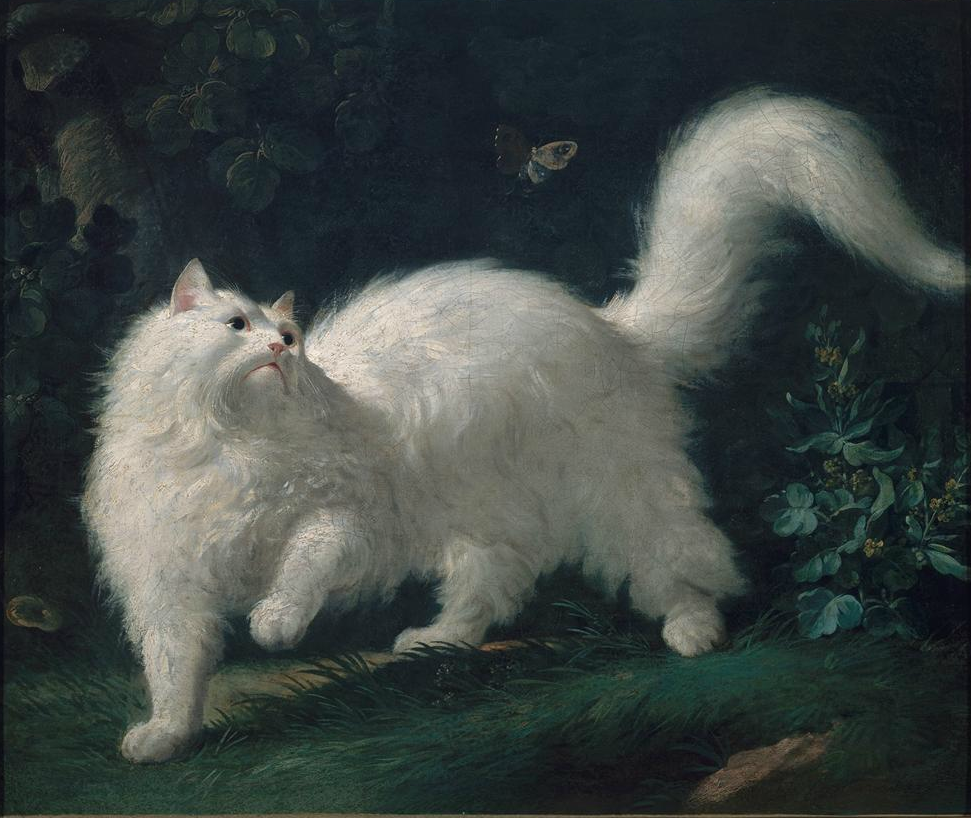 These were Marie Antoinette’s favorite kitties

The last Queen of France had a major love for Turkish Angora cats. So much so – she had 6 of them! This shows how the Angora breed traveled from Turkey to France and Britain over the centuries.

What did happen to Marie Antoinette’s 6 angoras? Well, historians say that she sent her cats on a ship to America so that they could escape during the Revolution. Legend says that, “..her pet Angora cats were believed to have been shipped along with a cargo of French furnishings in a foiled plan to escape to America, and arrived in Wiscasset, Maine.” 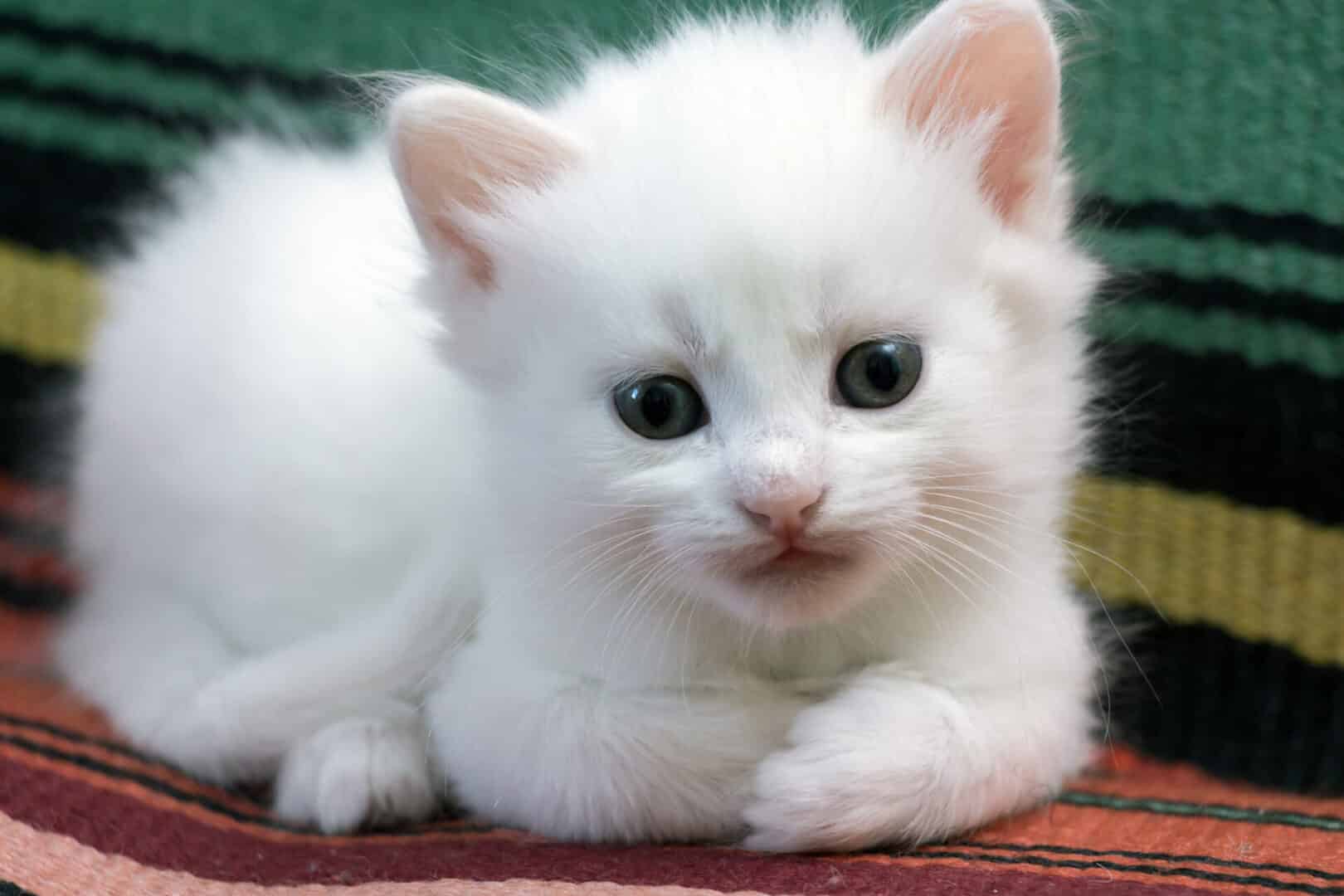 Street Kitten With Heterochromia Lands Himself A Forever Home Fast