Feline 411: All About The Turkish Van Cat Breed

When it comes to the Turkish Van cat breed, they are not only one of the oldest cat breeds of all, but they are also quick to dispel those deep-seated beliefs that cats hate water. You might have heard the name of this cat breed before, but how much do you really know about these interesting felines? 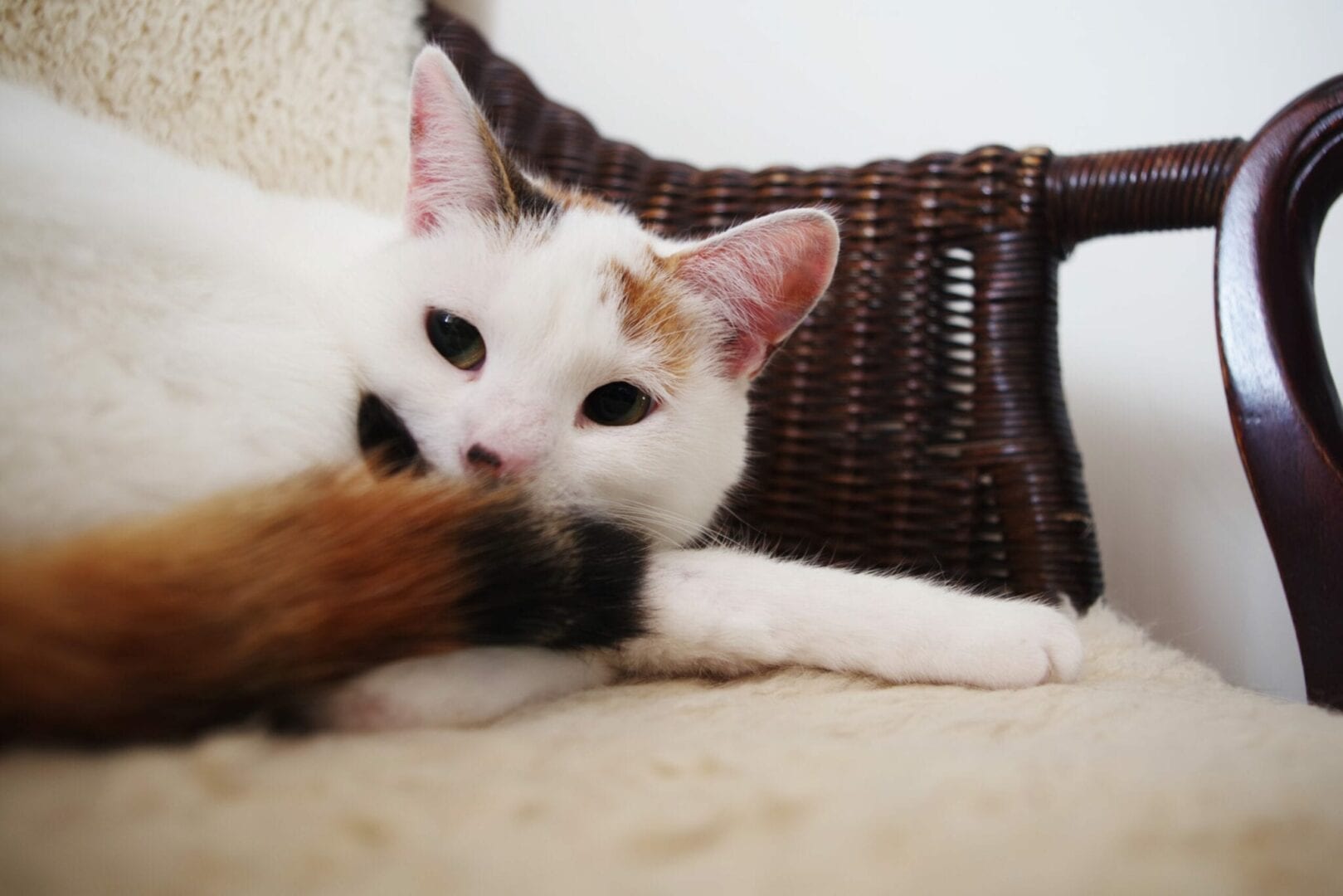 Their unique coat is a signature look of the breed

For these semi-longhaired kitty cats, they have a certain look that makes them easy to recognize when it comes to their coat pattern. A classic Turkish Van cat is defined by their two-toned coat, with white being the dominant shade. The coloring of the cat, which is often a bold orange, is found strictly on the head and the tail. And when it comes to their tails, oh, are they marvelous!

The striking tail features a lovely puff-style plume, with raccoon-like rings from base to end. It’s a unique characteristic of the breed that makes them stand out; often are referred to as Van markings. See below for a few examples of this distinct coat pattern. 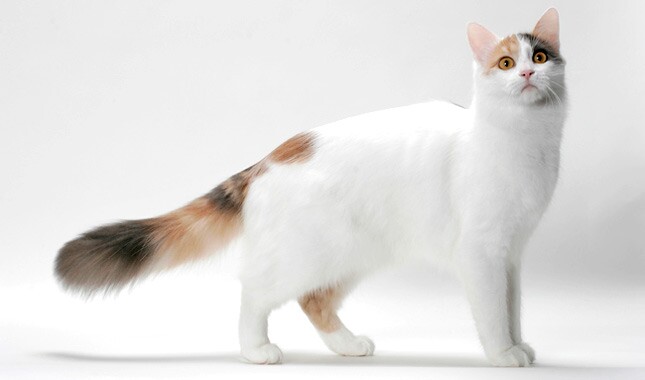 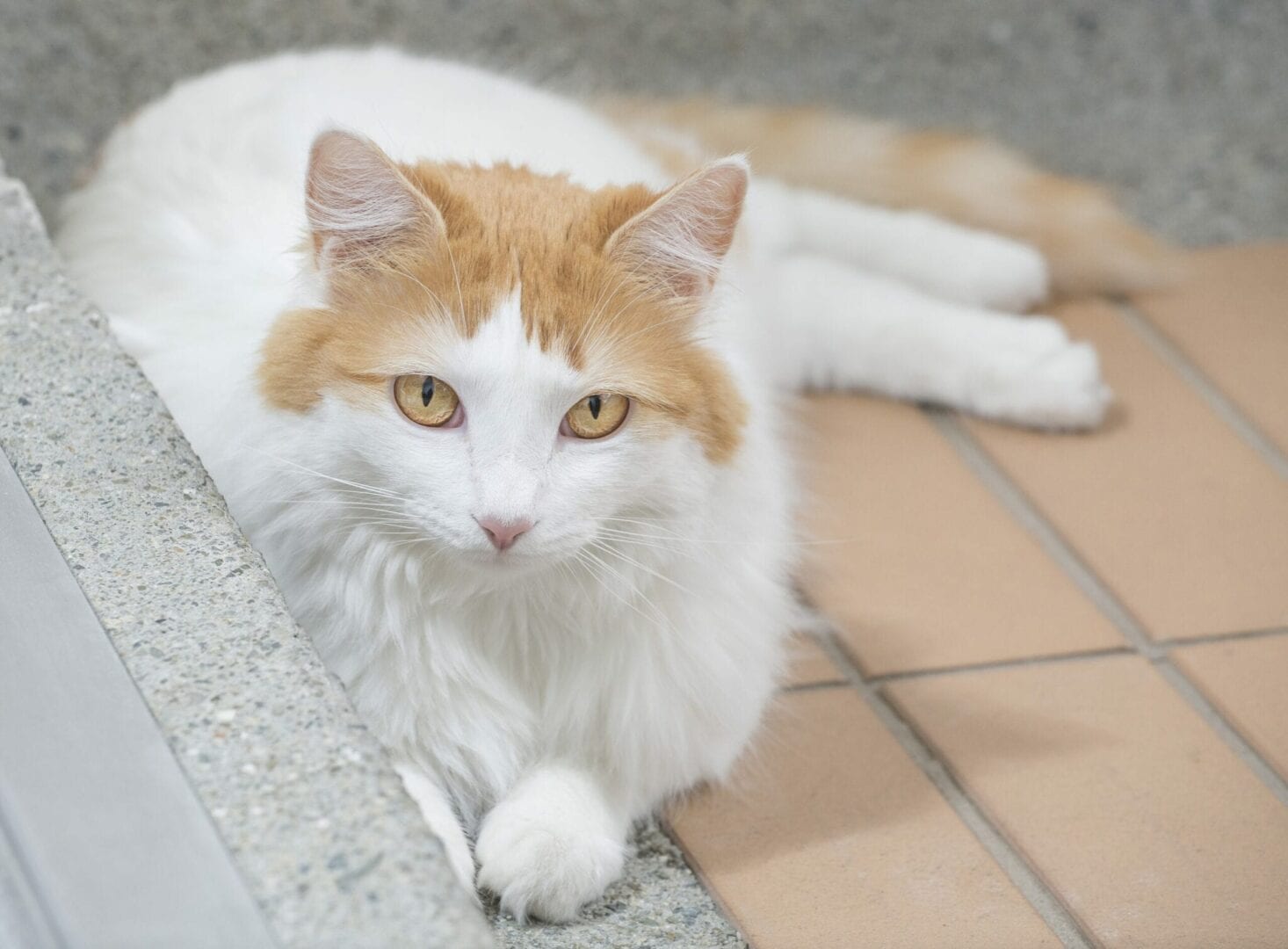 For centuries, the Turkish Van cat has lived around the Lake Van region of far eastern Turkey. This is a naturally occurring cat breed that’s also known as one of the oldest cat breeds of all. Obviously their name comes from Lake Van, but there’s an interesting legend surrounding these cats, too. It’s believed that they would swim across the lake to get around, so perhaps liking water just became part of survival and an instinctual behavior for them.

In addition to this, there is also legend that the Turkish Van cat breed was also aboard Noah’s Ark. The ancient myths surrounding this breed of cat even go as far as to say how they developed such an interesting and unique cat pattern. As legend has it, their coat is a result of being blessed by God.

These cats date back all the way to 1095 A.D., and have been referred to by many names over the years. Some of which include: Eastern Cat, Turkish, Ringtail Cat, and a Russian Longhair cat. But despite their impressive history, the Turkish Angora is known as the official cat of Turkey. 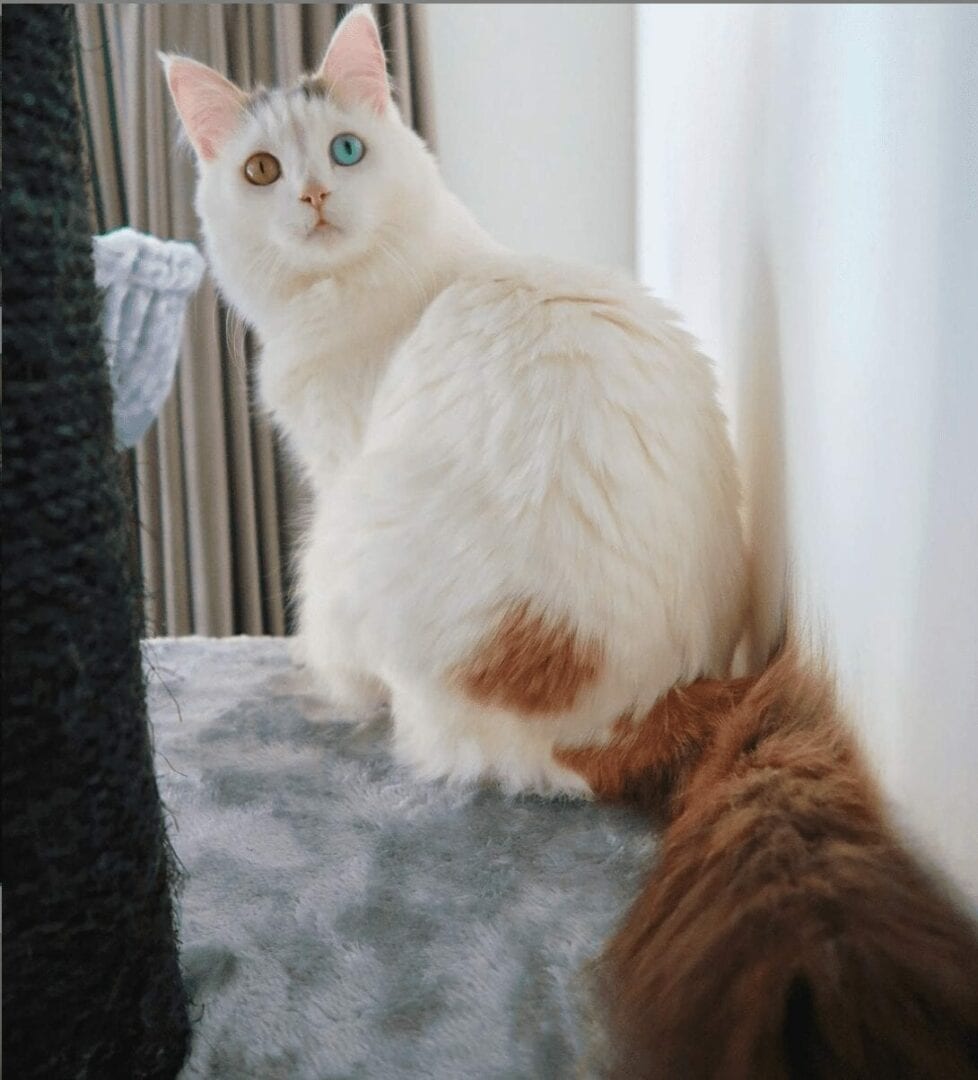 They often have bicolored eyes

While many Turkish Van cats have solid amber or blue eyes, there are also a great number of Turkish Vans that have odd-colored eyes. Which, when you think about it, isn’t all that surprising given the fact that this is a common trait in white cats—and white is their base coat color.

The Turkish Van cat is known to love water—and they’re built for it, too!

These cats are often referred to as swimming cats, and if you’ve ever gotten to know one, then it’s easy to see why. The Turkish Van is a large breed of cat, and their bodies are built for speed—literally. These cats are large, broad chested, and muscular. So, despite the fact that they’re naturally curious about water, their bodies are perfectly designed to make them excellent swimmers, too. 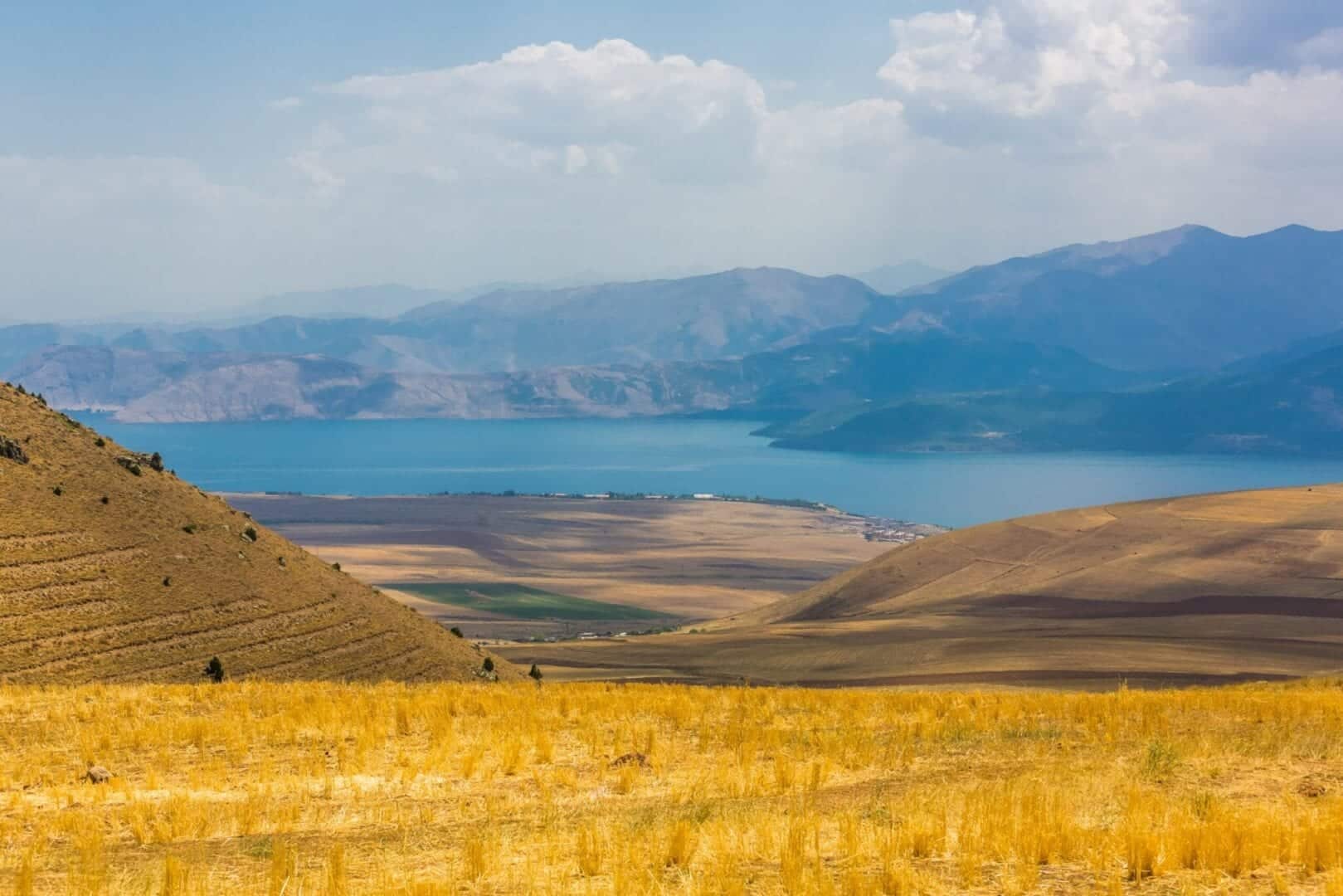 Van Lake, located in the far east end of Turkey

Watching a cat swim is not something you’ll see every day…unless you have a Turkish Van in your life! These cats are so fascinated with water, they’ll often seek it out in their homes. So much so, they’ll turn on faucets or even go so far as to play with toilet water. And if you were to search online, you’d be able to see lots of footage of Turkish Van cats swimming in pools with their humans.

Many people find it quite amazing to see a cat that takes to swimming the way that the Turkish Van does. But many believe that this breed of cat was simply drawn to the water as a way to cool off during the hot summer months. Whatever the real reason is, I think it’s pretty neat and would get a kick out of seeing a cat swim!

The Turkish Van cat isn’t the only breed of cat which is known for their love of water. Read here on CattitudeDaily to discover a handful of cat breeds that are crazy for H2O.

A personality as big as their size

These large cats are gentle giants which are known for being friendly, outgoing, and energetic. While the average cat is nine pounds, a purebred male Turkish Van can be upwards of 20 pounds and considered fit and healthy. These big-boned felines are playful, fun, and love attention.