Why You Shouldn’t Let Your Cat Play With Hair Ties

Cats have this great habit of turning the most ordinary and boring objects into more fun than we’ve had all week. A balled up piece of paper, a tube of chapstick, and my cat’s personal favorite, anything pilfered from the junk drawer—it’s all fair game in the eyes of a playful and curious cat. The problem is, some of your cat’s favorite things to play with look harmless, but they’re actually dangerous. If your cat plays with hair ties, for example, their health and safety are at risk.

There’s just something about hair ties that all cats find fascinating. They’re small and lightweight, so they’re easy to bat around the house and throw up in the air. I’ve caught my cat stealing my hair elastics from their designated basket and proudly carrying them away in his mouth. He even tries to snag them right off my wrist. 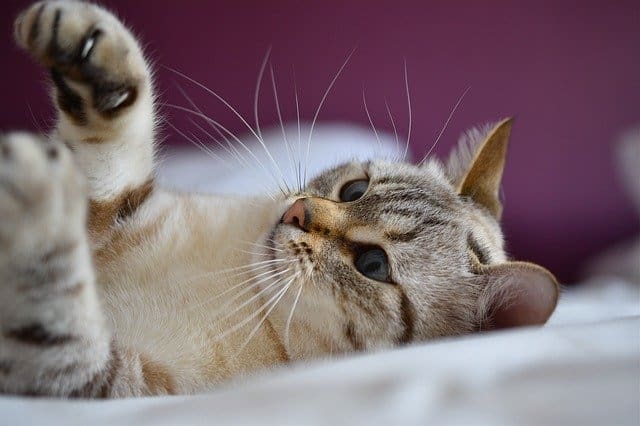 The best part about hair ties is that they have all the fun of an Easter egg hunt but without the eggs. If you’re anything like me, you “accidentally” leave these little hair accessories all over the house. They tend to disappear into couch cushions and other mysterious places whether the cat gets them or not. Coming across these little objects in random places adds to your cat’s fun and adventure. It also means, however, that they’re hard to keep track of, and this could be bad news for your cat.

Why Hair Ties Should Not Be Cat Toys

It looks like all fun and games when your cat is treating a hair tie like their personal prey, but a lot of cats move from playing to chewing. And once they start chewing, they’re only a small step away from swallowing. If a cat swallows a hair tie, they could suffer from serious internal injuries.

Assuming a cat swallows the hair tie without choking, there’s a good chance it will cause a gastrointestinal blockage. This means the foreign object gets stuck somewhere along the GI track and can impede the passage of food. It could happen in the stomach, intestines, or esophagus. If the obstruction is serious enough, it can shut down the digestive system altogether and cause your cat to stop eating and drinking. 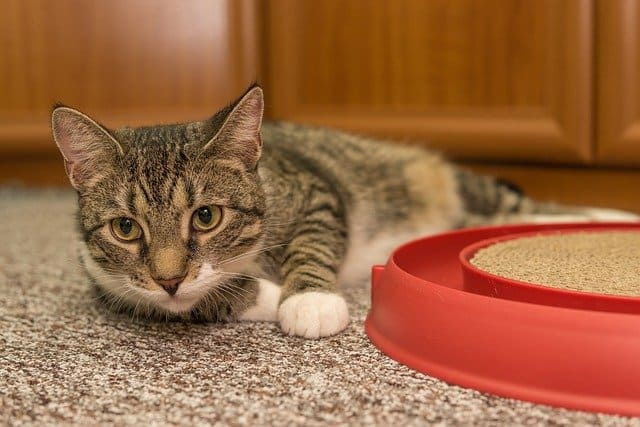 The digestive system works by automatically pushing food along the GI tract in a process called peristalsis. This is a type of muscle contraction that pushes food as if on a conveyor belt within the body. It’s essential to keep things moving, but it can cause serious problems when a cat swallows a hair tie.

Because hair ties are long and skinny, especially if the cat chews it apart first, one end can get lodged somewhere near the beginning of the GI tract while the rest of it is pushed farther along. The top end acts as an anchor as peristalsis continues to push the other end through the body. Eventually, the hair tie will be pushed to its limit, become taut, and cause the GI tract to bunch up or fold together (plication). This is a serious medical concern that could lead to the cat’s death.

When plication happens, there’s the additional risk of gastrointestinal tissue becoming severely inflamed and eventually dying. The tissue is cut off from the blood supply, and it doesn’t take long for it to die and become useless. When this happens, there’s no reversing it. The only solution is to surgically remove the dead tissue and hope enough healthy tissue remains. 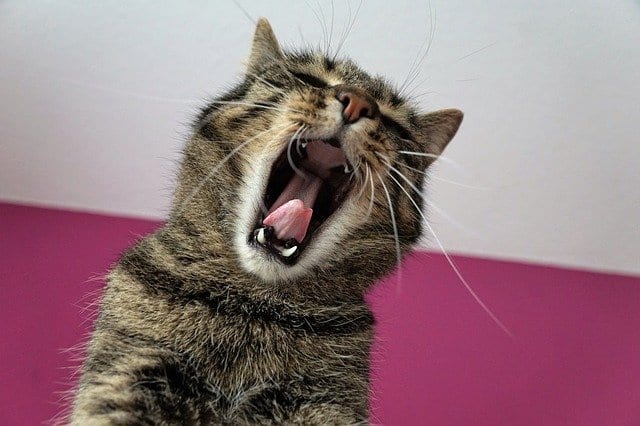 You can’t keep an eye on your cat every second of every day. But if you know they have a habit of stealing things and turning them into toys, it’s important to pay attention to their behavior and overall health. If they swallow a hair tie, they’ll likely show physical symptoms. The sooner you take notice, the better their chances are for recovery.

Here are noticeable symptoms that suggest your cat swallowed something they shouldn’t.

I’ll be the first to admit that keeping track of all hair ties isn’t an easy task. But when there’s a cat in the house, it’s important to make an extra effort to keep those things either in your hair, on your wrist, or somewhere your cat can’t reach. If you see your cat slinking away with one in their mouth, get up and track them down. No matter how cute they look, it’s best to not make playing with hair ties a habit.

Why Is My Cat Eating Things That They Shouldn’t?

Tips For Introducing A New Kitten To A...

What To Do If Your Cat Is Stung...

Common Houseplants That Are Dangerous For Cats