Can Cats See In Color?

Whether they’re deep green, crystal blue, or bright gold, cat eyes are unmistakably beautiful. They also hide their fair share of mystery. We’re never quite sure what’s going on behind those big eyes. Does your cat look at you with nothing but love? Do they watch TV with the same understanding as the human members of the family? There are so many questions we have about what our cats think, but what about how they see the world?

Feline vision is significantly different than human. Cat eyes have anatomical characteristics that mean they see the world in ways we can’t. How they see color is one of those differences. Contrary to popular understanding, however, cats don’t only see in black and white. They also don’t see in shades of gray. Cats see in color, but that doesn’t mean your cat views the world in the same hues as you. 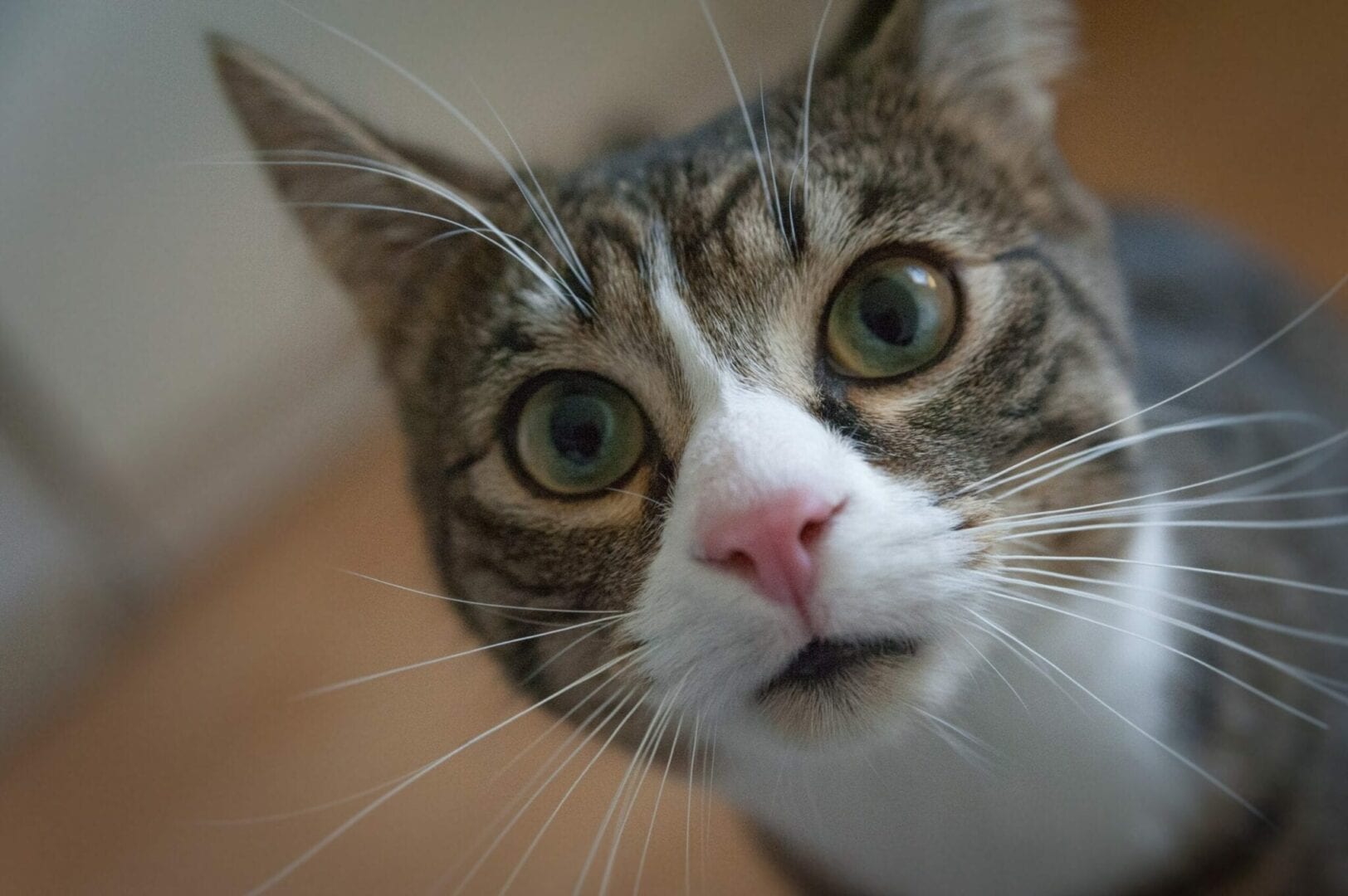 Cats See in Color Thanks To Cones

You can thank your cones for your ability to see the world in glorious color. But these cones aren’t the kind that hold ice cream or block off traffic. When it comes to vision, cones are a type of cell found in the retina. Different kinds of cones are capable of identifying different colors.

Both human and feline eyes have three different kinds of cones that are responsible for seeing shades and combinations of red, blue, and green. This makes humans and cats “trichromats,” meaning we can see in those three basic colors. Of course, you only need to walk to the paint chip section in any hardware store to know you can see more than the basic red, blue, and green. All those varying shades and hues, however, are combinations of those primary colors.

Considering the fact that cats are also trichromats, you’d think they’d be capable of seeing the same vibrant and varying colors as we do. The difference, however, is not in the type of cones, but the number. 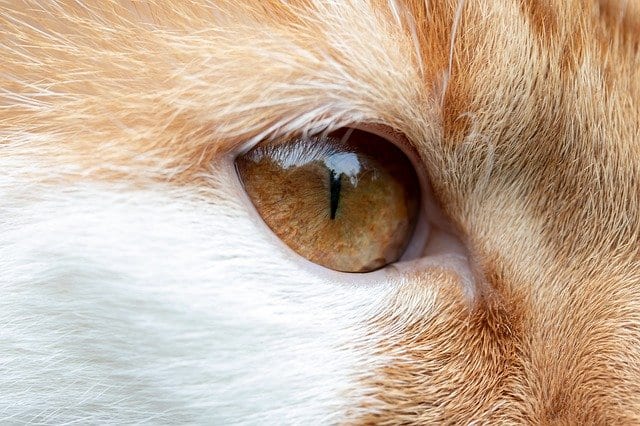 Humans have about 10 times the number of cone cells as cats. The cones in a cat’s eyes are also distributed differently between the three colors. This means that while cats can detect differences in colors, their color spectrum is much shorter than ours.

Exactly what colors cats can see is still up for debate. Some scientists say cats see colors about as well as a colorblind human. This would mean their main hindrance is distinguishing between red and green.

Scientists also say cats see colors as if they’re slightly desaturated. The world is slightly less bright and not as vibrant.

We don’t know the exact range in which cats see in color, but most scientists do agree that they see in more than black and white. 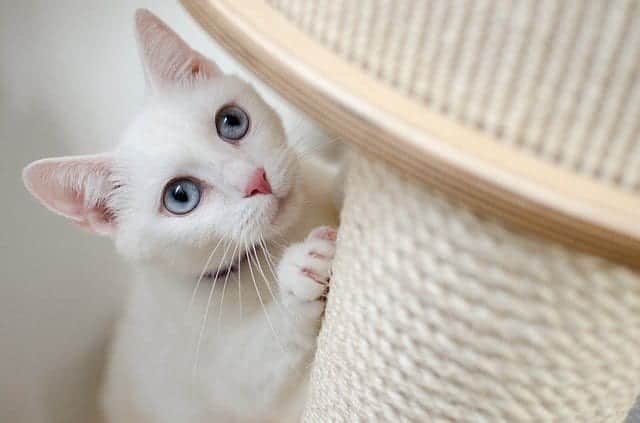 Colors aren’t the only way cats see differently than humans, but their inability to see certain shades affects how cats navigate the world. If they are indeed red-green colorblind like so many scientists think, that could serve as a disadvantage while hunting. If a plump cardinal is searching for worms amidst tall green grass, a cat might not be able to detect the differences in color. This gives the bird a type of camouflage, even though to the human eye, their coloring would make them stand out.

A cat’s shorter color spectrum and difficulty distinguishing between shades would also mean animals that are trying to camouflage on purpose like a lizard or mouse, have a better chance of escaping unscathed.

But don’t feel too bad for the cats of the world. They may have a disadvantage when it comes to separating colors, but cat eyes have other characteristics that make them skilled and capable hunters. For example, their night vision is excellent, and they’re also able to detect even the slightest movements from far distances.

Read this article next to learn more about how cats see the world.