Cat legends began to spread as soon as felines chose to grace humans with their presence about 12,000 years ago. Soon, domestic cats were intriguing and inspiring cultures across the world.

Some saw them as evil, devious, and other-worldly. Others thought they were harbingers of disease and death. And a select few worshipped them as good luck charms or deities in disguise. 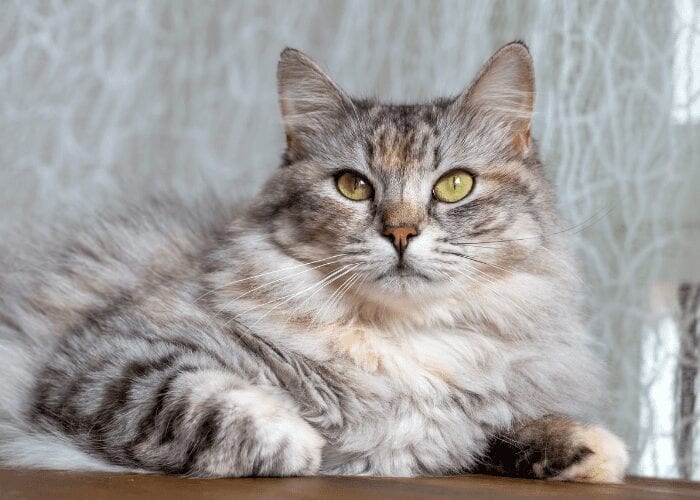 In Norse mythology, Freyja is the Scandinavian goddess of fertility, love, beauty, war, and gold. She is chauffeured about in a chariot pulled by two male cats, Bygul and Trjegul. According to Russian folklore, the cats are blue in color and were given to Freyja by Thor himself.

In the past, Scandinavian farmers would leave offerings of food outside their homes for Bygul and Trjegul, hoping that Freyja would bless them with a bountiful crop harvest. 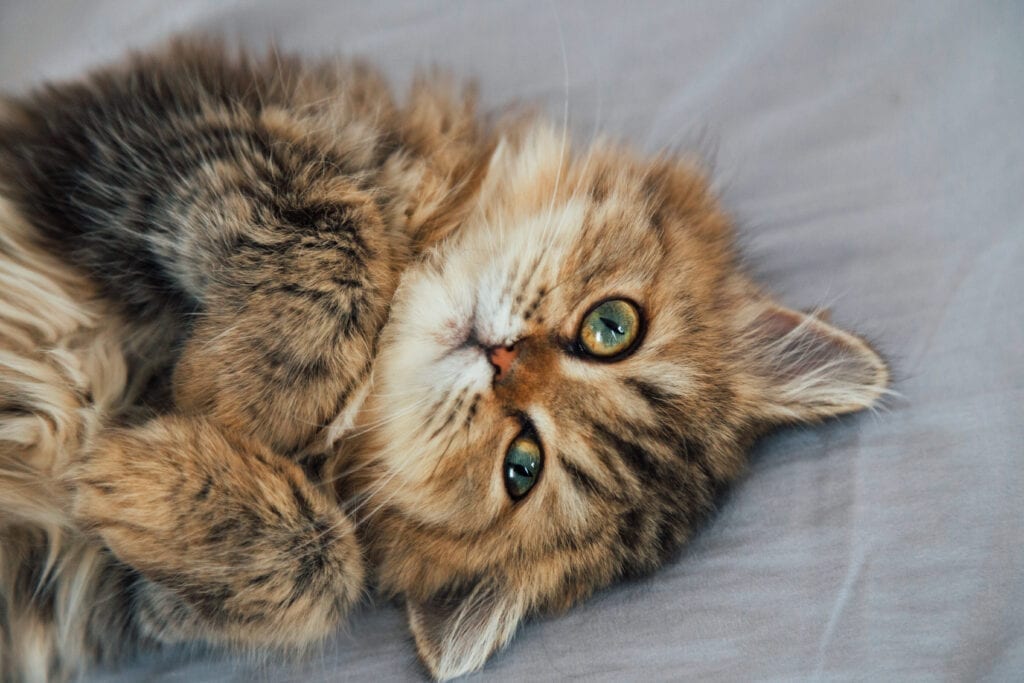 2. Christianity: Cats are the answer to a biblical prayer.

Remember the story of Noah’s Ark? Before the flood, God sent all the animals of the earth in pairs of two to board the ark. But according to legend, one set of animals was missing: cats! They did not appear until Noah and his family faced starvation. The ark became infested with rats and they were eating all the stored food. Noah prayed for a miracle and was sent a pair of cats that sprang forth from the male and female lions’ mouths.

The cats quickly took care of the rat problem, and as a reward, Noah appointed them to march at the head of the animal procession when the ark came to ground. As this cat legend goes, this is why our feline friends walk so proudly to this day, as if leading a great parade. 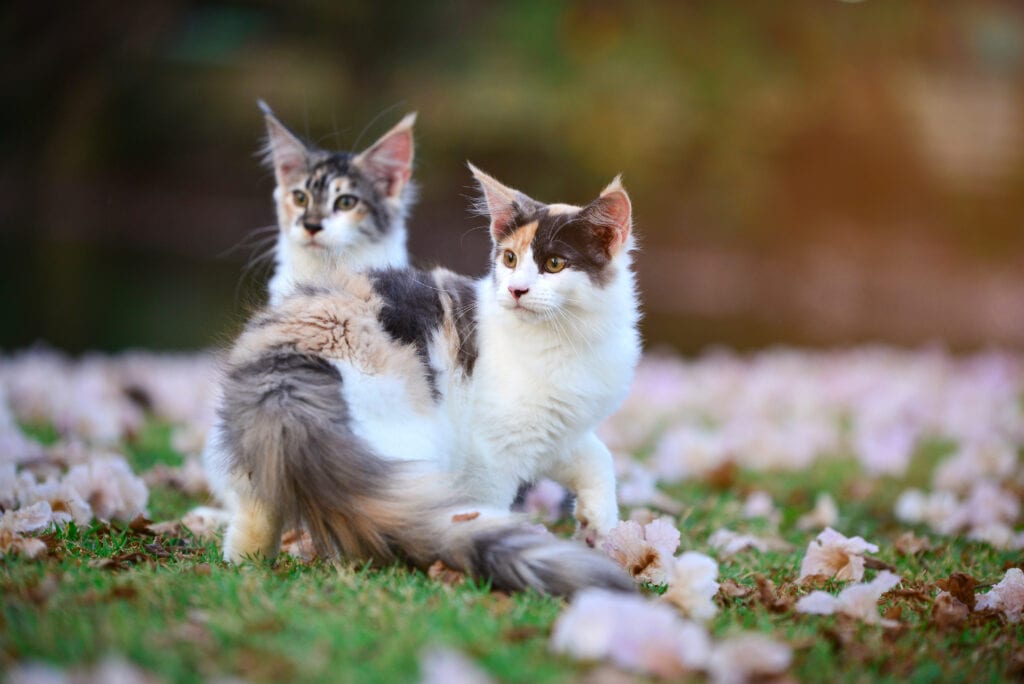 This Polish cat legend explains how spring willow trees came to have their cute, fuzzy buds. One day a litter of kittens was scampering about chasing butterflies. They fell into a river and began to drown. Their mother cat cried out for help, and a willow tree growing over the river swept its branches down to save them. From that day on, the spots on the willow branches where the kittens clung began to sprout furry little buds each spring. Adorable! The English have several cat legends and myths, most of them negative. They famously believed cats could kill infant children by sucking their breath as they slept. There is even a court case from 1791 in which a cat was found guilty of infanticide.

Early American settlers carried some of their cat prejudices with them to the New World. In addition to the breath-sucking myth, they also believed cats—especially black ones—were the familiars of witches. 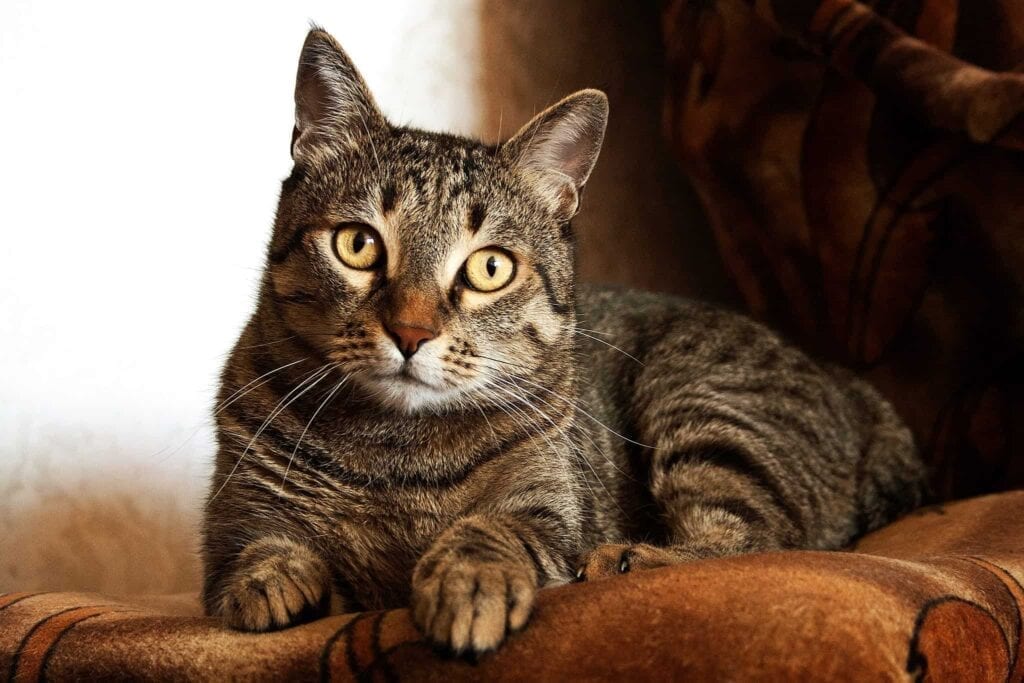 5. Islam: “M” cats were created by the Prophet Mohammed.

Prophet Mohammed founded the Islamic religion and is said to have had a great love for cats. As the legend goes, a cat once fell asleep on the sleeve of Mohammed’s robe, and rather than disturb its slumber; the great Prophet cut off his sleeve.

Some believe that “M” cats were created by Mohammed when he laid his hand on his favorite tabby cat’s forehead producing the signature “M” marking. 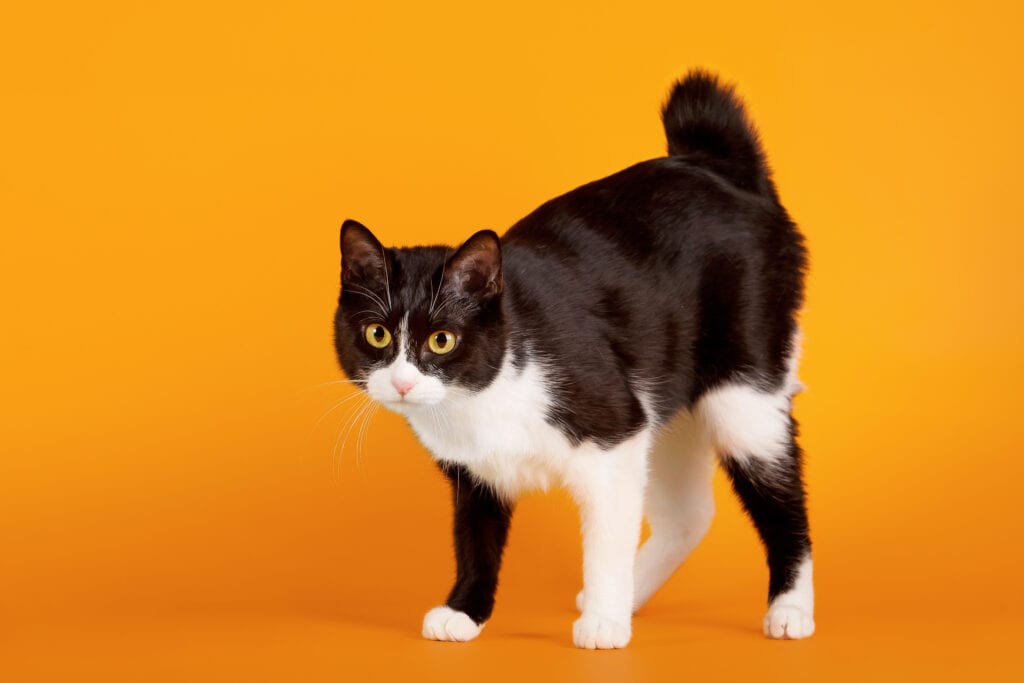 Cats are generally loved in Japanese culture, and one kitty talisman is especially valued. According to cat legend, the maneki-neko or Beckoning Cat saved the life of a Japanese lord by waving him into the Gotokuji Temple moments before lightning struck the very spot he’d been standing in. The Beckoning Cat was credited for saving the feudal lord’s life and is still revered in Japan today as a symbol of success, wealth, happiness, and harmony. When given as a gift, the Beckoning Cat is said to bring good luck. 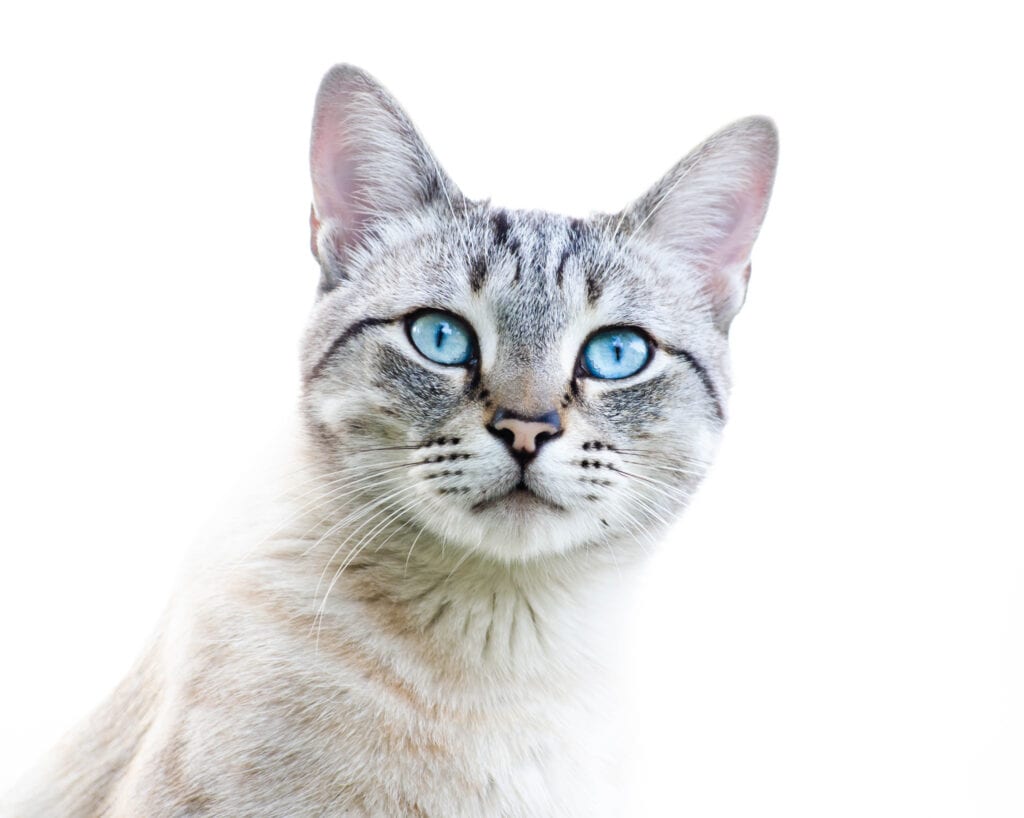 7. Iceland: The savage Yule Cat is a harsh fashion critic.

This unpleasant cat legend tells of Jólakötturinn, the Yule Cat, who prowls the frozen Icelandic countryside, searching for shabbily dressed Christmas revelers. Jólakötturinn doesn’t punish naughty children like Germany’s Krampus. Instead, this fashion-loving-kitty-monster just wants everyone to look their best in natty new clothes for the winter holiday. Those with outfits on the Worst Dressed list are torn limb from limb and devoured.

Farmers are said to have created this myth to incentivize their workers to finish processing wool in time for new Christmas clothes to be made. 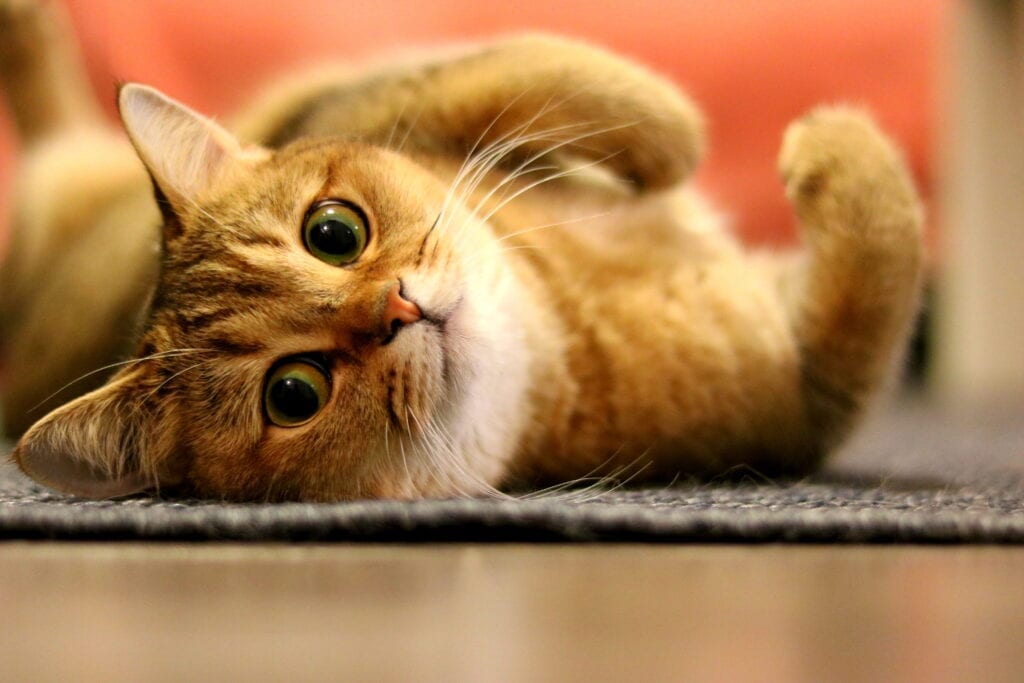 In the Middle Ages, most Europeans believed cats were harbingers of Satan, so when the Bubonic Plague came along, they saw kitties as the culprits. While the plague tore across the continent, killing 60% of the population, superstitious survivors rounded up and killed every cat they could get their hands on. Black cats were the biggest targets, and sometimes even their owners were slain.

What the people didn’t realize was that the plague was actually carried by Oriental fleas living on rats. With so few cats to hunt them, rat populations soared—as did plague numbers. 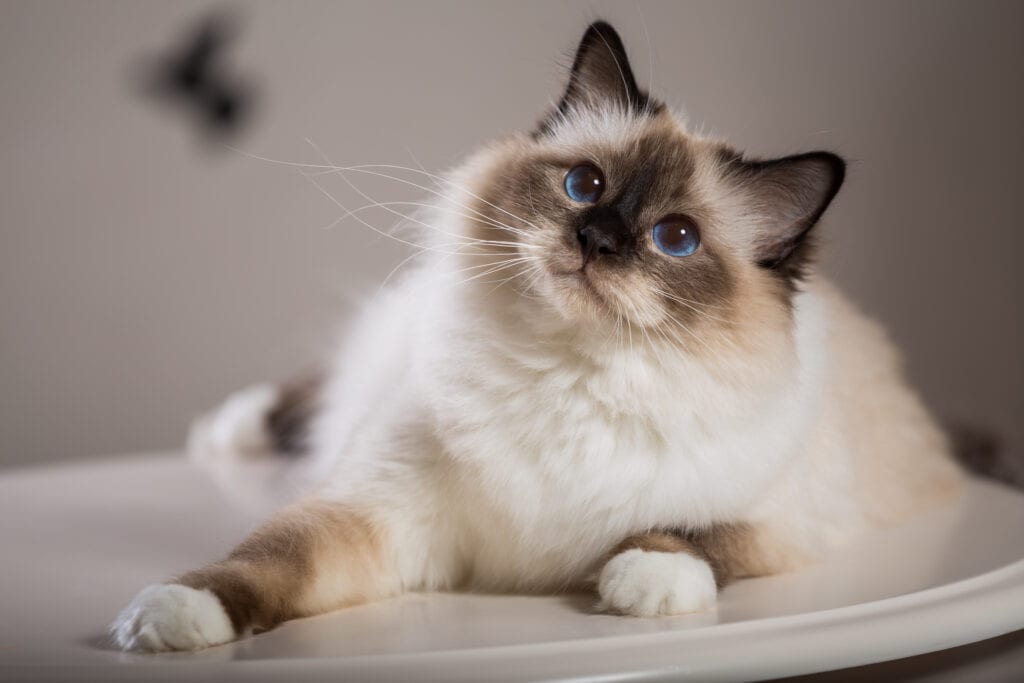 9. Buddhism: The most pious souls go into cats when their bodies die.

Buddhists respect all living things and believe that a human may be reincarnated as any species. For this reason, they are gentle and kind to cats, famously caring for strays that linger near their monasteries.

According to one cat legend, a certain Buddhist sect from the former kingdoms of Siam and Burma believed especially holy souls are transferred into cats at the time of bodily death. Rather than being reincarnated, they would reside inside the cat, then ascend to paradise when the kitty died. 10. Ireland/Scotland: A catlike creature roams around stealing the souls of the dead.

Perhaps the most haunting of the cat legends on our list is that of Ireland and Scotland’s Cat Sith. This ancient creature is a dog-sized black kitty with a white patch on its chest that skulks about at night in search of souls to steal. The Cat Sith is said to be a witch who can turn into a cat nine times before being trapped in that form forever, which may be where the “nine lives” myth comes from.

During the annual Gaelic festival of Samhain, the Cat Sith bestows blessings upon residents who leave out saucers of milk for her. However, those who do not offer milk are cursed.

cat legendscat legends from around the worldlegends about cats
1
FacebookTwitterPinterestEmail

Meet Izzy and Zoë: Two Tuxedo Cat Sisters That Will Make You Smile