Home Cats How Fast Can A Cat Run?
CatsInteresting Information

Our cats always surprise us with their talents. One of them is running! You may be super shocked to see your kitty get up and sprint, after a whole day of lounging. Running after a nap? That seems impossible to us humans. For our feline friends, it’s surely just natural. It all makes us wonder – just how fast can a cat run?

It’s an honest question, that comes with more than one answer. Continue reading to learn how fast a cat can run! 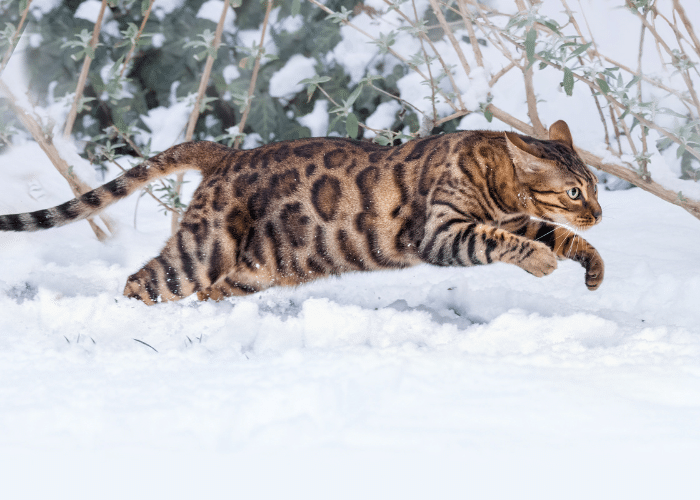 So, On Average, How Fast Can a Cat Run?

How fast a cat can run does depend on the breed. Yet, all domestic cats know how to run. That’s because cats are hunters, who need to be speedy when they pounce on their prey. Usually, the average house cat can run around 20 to 25 miles per hour.

It’s important to note that cats aren’t long-distance runners either. They are sprinters, who use their speed to catch their prey or to quickly escape from something. For house cats, that might just mean getting away from the dog that trying to annoy them for the millionth time that day…

How Fast Can a Wild Cat Run?

On the other hand, wild cats can run a lot faster. That’s because wild cats can be larger, more dominant predators. For example, the cheetah can run more than 60 miles per hour. That’s just 10 miles short of the average highway speed limit in America. 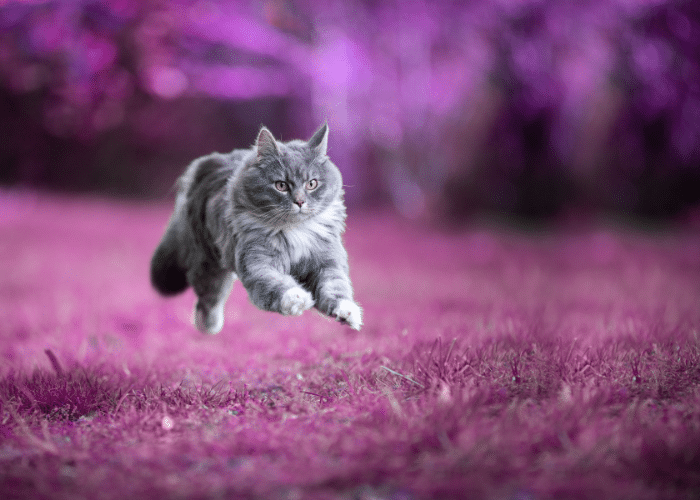 Do Cats Run Faster than Humans?

Yes. Domestic cats can sprint faster than almost any human. Even the world’s fastest human, Usain Bolt, only sprints a little faster than most house cats. He made the Olympic record for fastest human at around 28 miles per hour. Funny enough – that’s only two miles short of the fastest domestic cat’s speed.

What Makes a Cat Run so Fast?

The reason cats can run fast comes down to the evolution of their physique.

Cats come from a long lineage of wild hunters. Not all of these cats were built for long-distance running, like the cheetah or jaguar. But, all cats are built to accelerate and switch into speed racer mode in seconds.

We can see this in just how cats are built. All cats, wild or domestic, have developed very powerful hind legs. These support them while sprinting, jumping, or climbing.

Another important aspect is that cats walk on their toes, also known in more formal terms as digitigrade locomotion. This helps cats move more quickly and stay light on their feet! 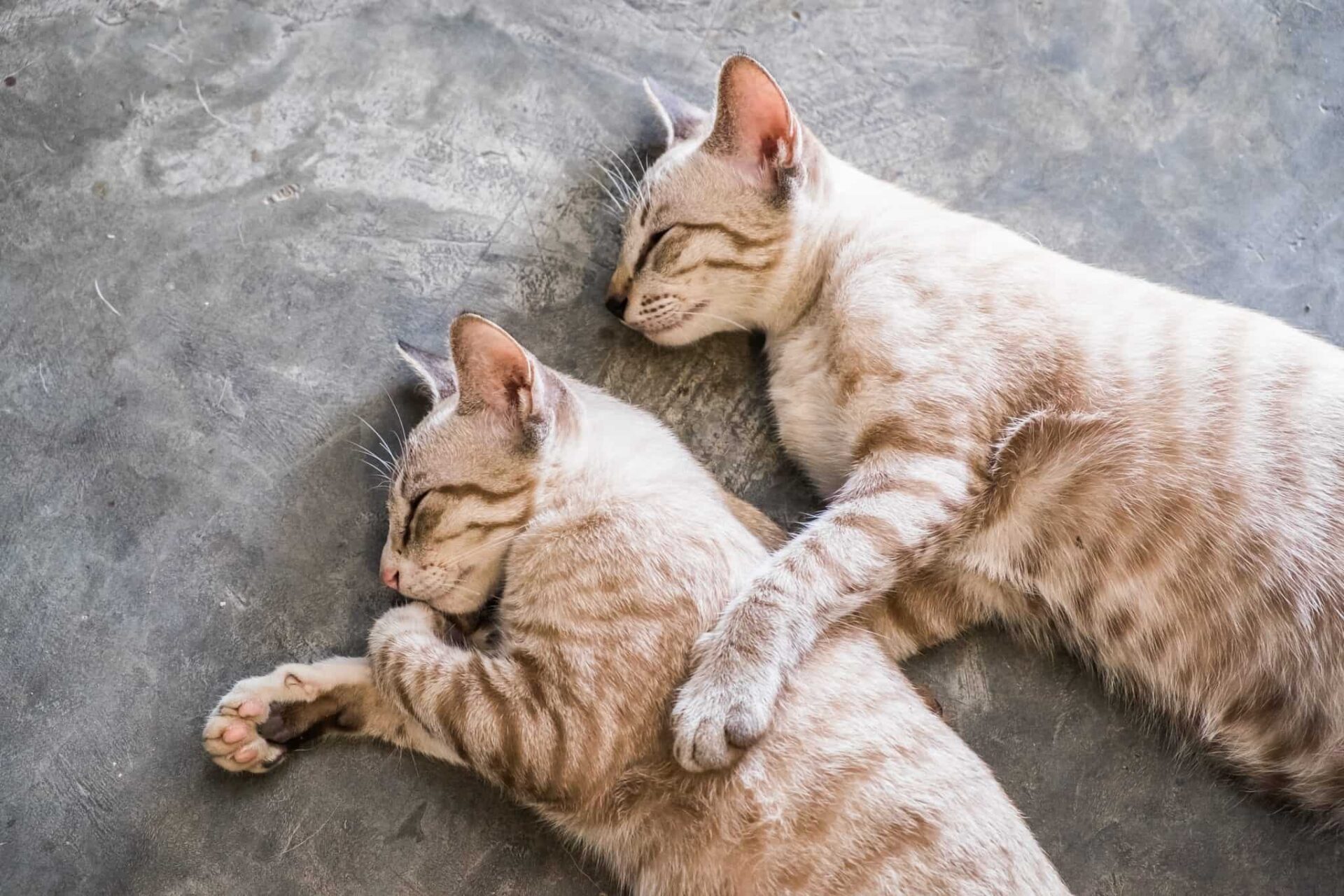 Why Napping Matters for a Kitty’s Speed

There is actually a strategy behind cat naps. Even though our cats may sleep around 15 hours a day, they’re using these snooze hours to store up all the energy. This is what makes cats able to have such intense bursts of energy, even seconds after wrapping up a nap.

As humans would know, you need the stamina to run. So, imagine how super-charged we would feel if we were getting 15 hours of sleep a day!

What are the Fastest Domestic Cat Breeds?

The speeds of cats really do rely on their breed. That’s because each breed has a unique history and set of genes. The fastest house cat in the world is the Egyptian Mau. These athletic cats can run around 30 miles per hour on average. There are other breeds that can run fast too. The Abyssinian, Ocicat, Bengal, and Siamese are all known to be very speedy kitties. 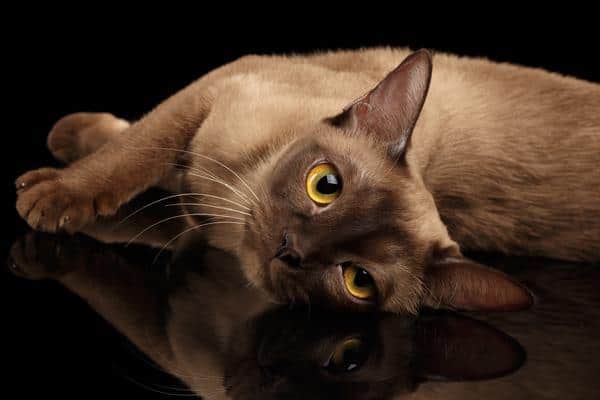 What are the Slowest Domestic Cat Breeds?

Not all house cats prefer running. Whether it’s their nature or their size, there are many kitties who don’t run as fast as the average house cat. American shorthairs and British shorthairs cats aren’t breeds that love to run much at all. These cats like to keep things chill. The same goes for Ragdoll and Ragamuffin cats.

Persian and Burmese cats aren’t intense runners either. That’s because these kitties have brachycephaly, a condition that makes their faces flat. Their face shape constricts their airways, making it a lot more difficult to breathe. So, these cats prefer not to do as much exercise as much. Still, these cats can maintain speeds that are a lot faster than the average human!

Every cat breed is different, but one thing is for sure – our cats can run faster than us. If you have a kitty at home, we’d love to hear all about your cat’s speed and agility, and how they use it! Our cats are always up to something…

Have you ever wondered why it is that cats get the zoomies? Find out the answer here on CattitudeDaily.com! 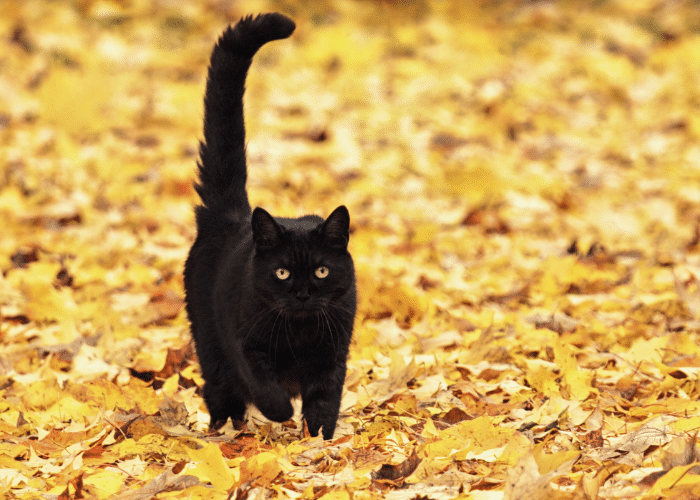