Home Cat Behavior Why Does My Cat Stalk Me?
Cat BehaviorCatsWhy Do Cats

While you savor the times your cat jumps into your lap and bops their head against yours in a feline form of affection, life with cats isn’t always so sweet. They’re undoubtedly cute and cuddly, the purrs and snuggle sessions prove that. But your cat is also a skilled hunter…and you’re the prey. At least, that’s what it feels like when your feline best friend launches a surprise attack on your exposed ankles.

Before you worry that your domesticated cat has turned wild, feline behaviorists say that when cats stalk humans, it’s completely normal. Most cats do it, and they have a few good reasons. Keep reading to find out what they are. Believe it or not, but studies show our domesticated cats share 95% of their DNA with wild tigers. The leading theory is that house cats and big cats come from the same ancestor, and they get a lot of their traits from that ancient connection. That explains why your pampered pet can sometimes act like a wild beast.

In the wild, cats survive because of instinct. They have an ingrained knowledge that tells them what is safe to eat and how to track it down. That natural aptitude for hunting includes stalking and attacking their prey. And while your cat’s survival depends on your ability to fill their food bowl, and not their skills as a hunter, they still haven’t lost that urge to stalk and pounce.

Your cat’s body is built for stealth, and their brain is wired for stalking. So when you saunter across the room minding your own business, the instinct to stalk clicks in your cat’s mind without them realizing. They’re not doing it because they think they can make a meal out of you, but they do it because it feels right. 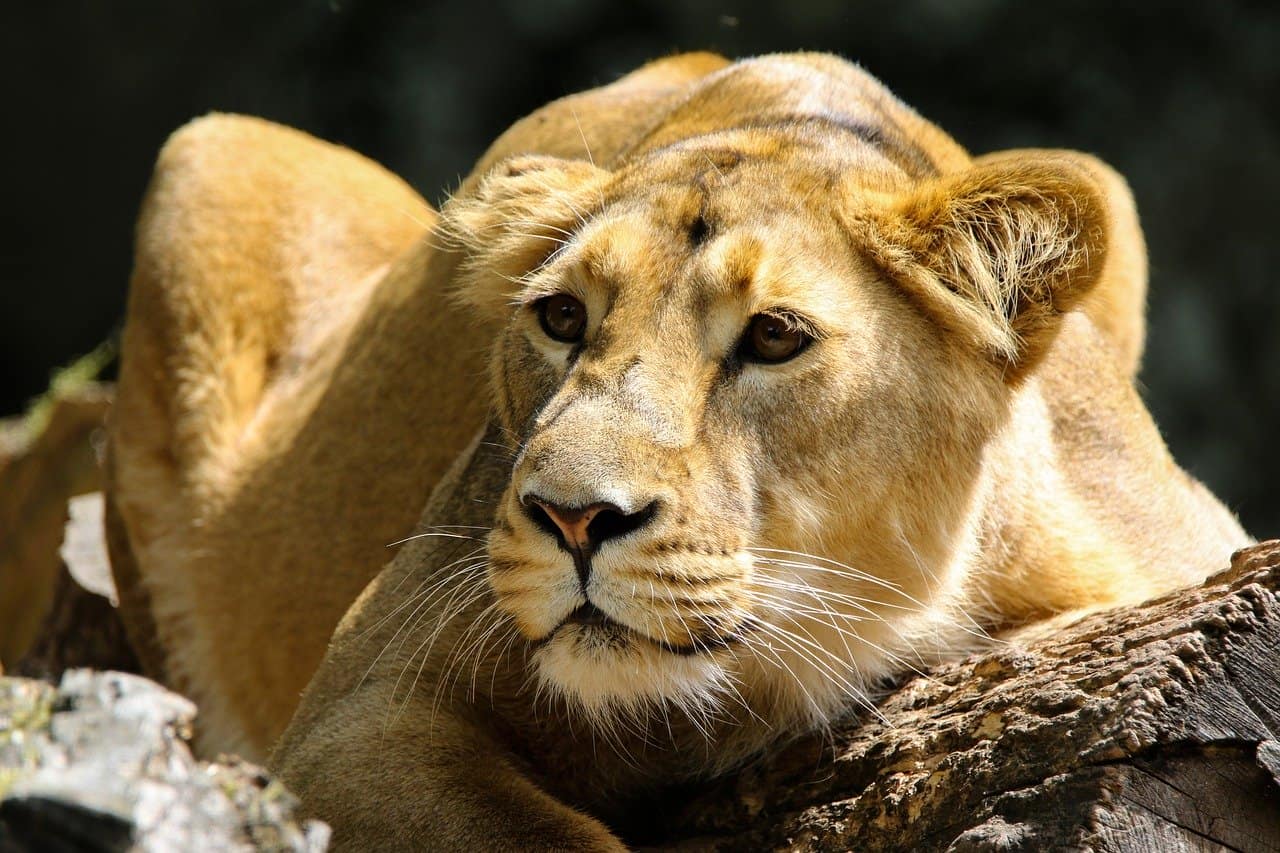 While all cats have the instinct to stalk “prey,” it can happen more often if they don’t get the appropriate amounts of physical and mental stimulation. Basically, cats stalk their humans as a way to ease their boredom.

Cats sleep up to 18 hours a day, but they still need  daily exercise and attention. And like a bored toddler, they can resort to creative, and often mischievous, ways to use up their surplus energy. They’ll look for things to do and unconventional toys to play with. That boredom combined with their natural instinct often leads to planning and executing sneak attacks on the most interesting thing in their environment: You.

If you’ve noticed your cat stalks you more than they used to, it might be because you’ve started neglecting their exercise needs. Offering them more opportunities to run, jump, and swat could put a stop to the behavior.

Cats are smart. They learn quickly, and they’re good at figuring things out on their own. When they jump out from behind the chair and wrap their paws around your shin, they’re focused on their own actions, but they also pay attention to what you do about it. You don’t realize it’s happening, but how you respond teaches your cat an important lesson. 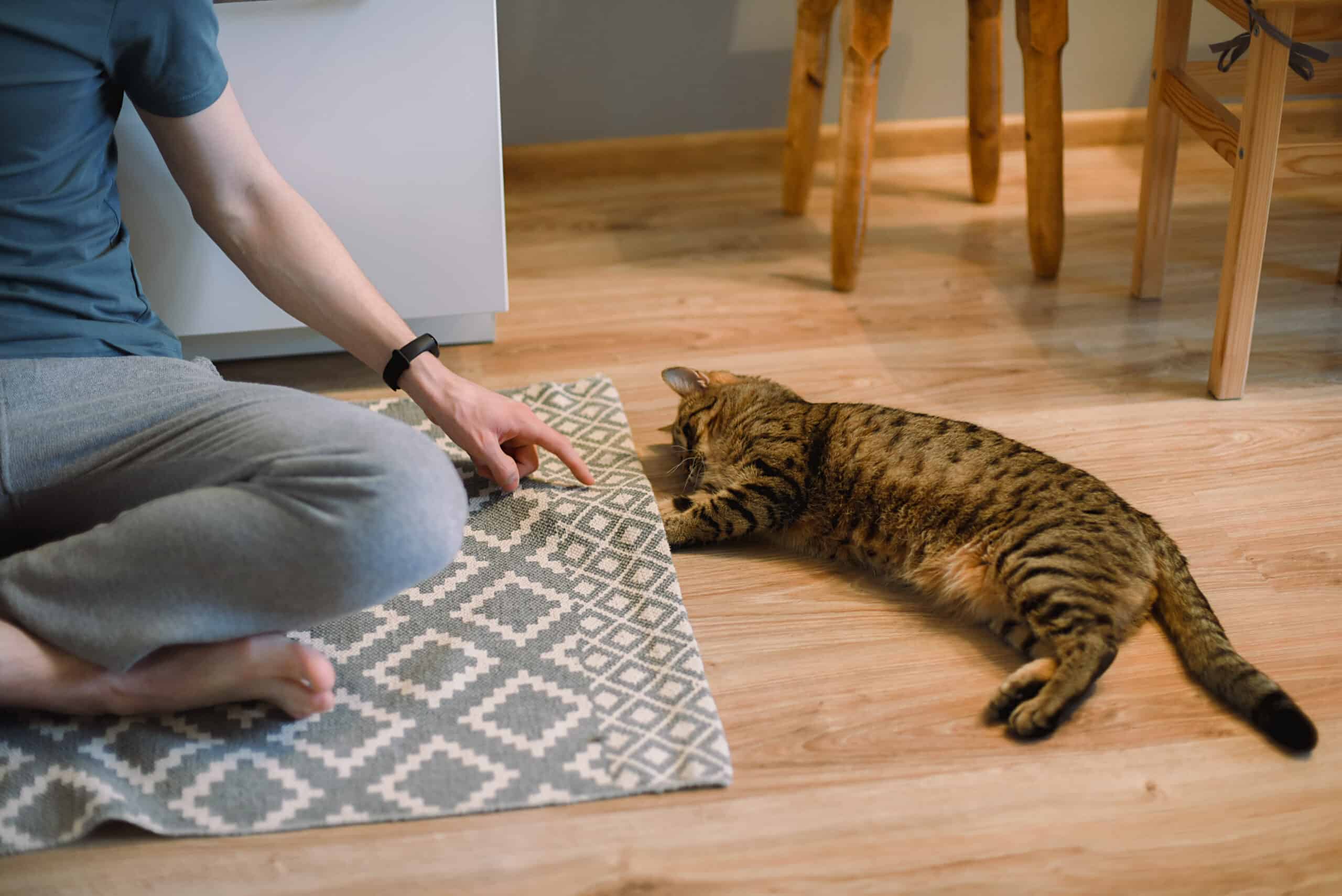 Think about this: What’s your gut response when your cat stalks you and attacks? Most of us make some kind of sound, whether it be a startled scream or an expletive. After that, we usually bend down and give the cat some kind of attention. We might even indulge their imagination and start playing along.

If you go through this same routine a few times, your cat is going to catch on to the pattern. They realize that one specific action on their part (stalking you) results in a favorable outcome (them getting your attention). The next time your feisty feline feels like attracting your attention, they already know a foolproof method to get what they want. You inadvertently reinforced their stalking behavior by reacting the same way every time it happened.

If you don’t want your cat to stalk you, you’ll have to do your best to ignore the behavior. With no reaction, there’s no reward, and your cat won’t be as inclined to stalk you.

Frustration At Its Fiercest

While most of your cat’s stalking behavior is playful and harmless, there are occasions when cats stalk and pounce on their humans out of frustration. It’s like when something doesn’t go your way and you feel the need to scream or hit something. Releasing the pent-up irritation is a form of catharsis. 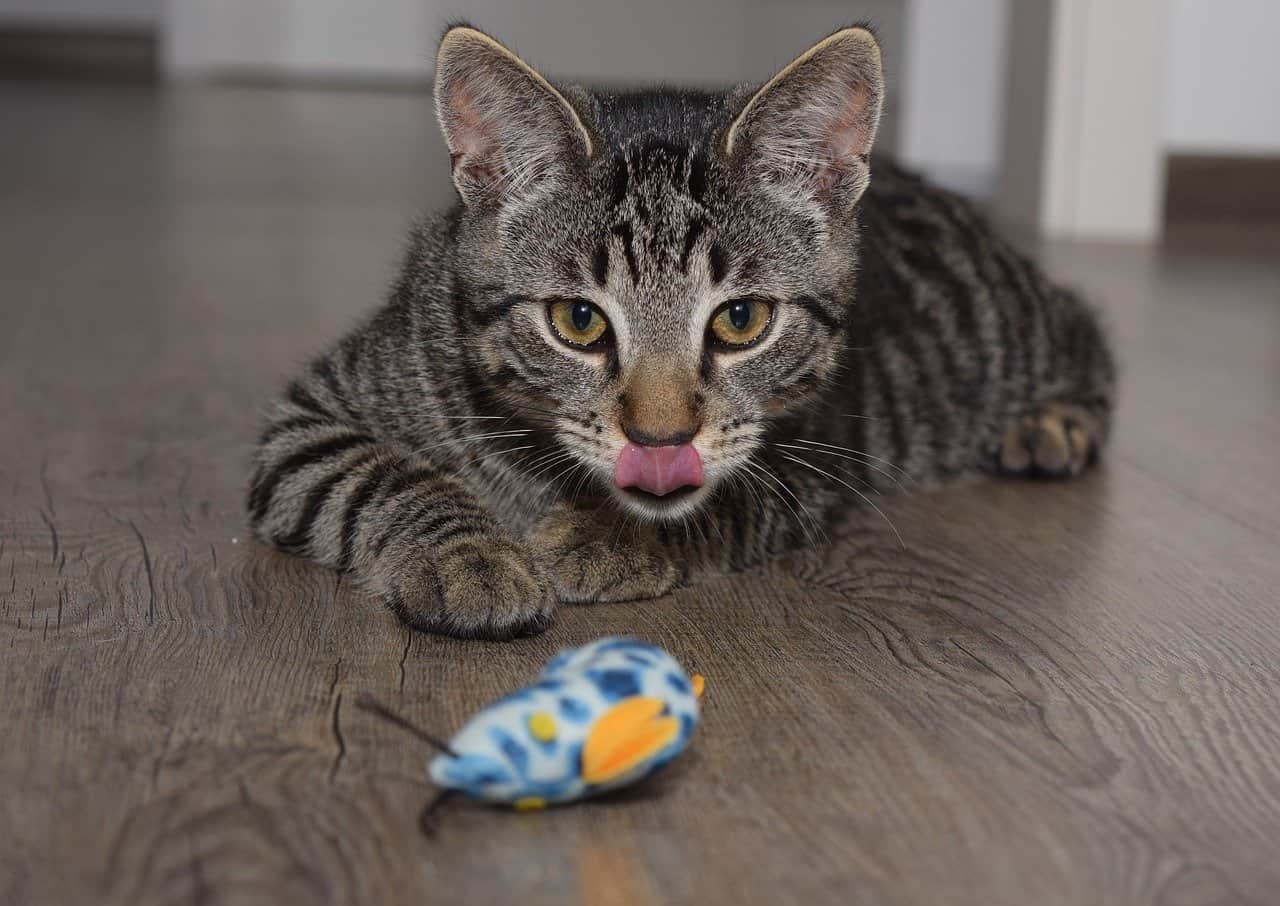 When your cat gets frustrated, they’re not going to punch a pillow. They’re not even going to scream—although some cats do get extra chatty when they’re irritated. For these frustrated felines, the most likely behavior is for them to act out in a way that lets out energy. Stalking a human just so happens to get that job done.

An example of this would be if your cat is sitting by the window and sees the neighbor’s tabby hop the fence and enter your yard. That blatant act of trespassing can tick your cat off, and they may want to burst outside and deal with the intruder. But because they’re trapped safely behind the glass, their eye trains on a more accessible target…you.

What To Do About It

Even when you cat stalks you out of frustration, the chance of them doing anything more than minor harm is slim. You might get a few scratches, but it likely has nothing to do with your cat’s feelings about you. If your cat’s stalking behavior has gotten to the point where you’re afraid to walk through your own house, remember that punishment is not the answer. Cats don’t respond to punishment the same way humans do, and you’ll only make the situation worse. (Read about that here.)

Instead, it’s best to redirect your cat’s behavior toward something they can harmlessly stalk, like a catnip mouse or feather wand. Remain calm so as to not reinforce the behavior, and make a mental note that your cat could use more opportunities for interactive play.

Did you learn anything new about our feline friends? Share this with other cat lovers so they can learn something, too!

Do you know why your cat stares at you? Find out here on Cattitude Daily.

cat behaviorwhy do catswhy does my cat stalk me
4
FacebookTwitterPinterestEmail

Ginger Kitten Rescued By Boat Crew Off The Coast Of Alabama