Why Do Most Cats Hate Water?

Certain cat breeds, like Bengals, are big fans of water. They like dipping their paws under the sink, and some even hijack human showers for a chance to get soaking wet. But while those water-tolerant cats are busy breaking stereotypes, it’s true that most cats freak out every time they’re threatened with more H2O than what fits in a water dish. Rain is always an unwelcome weather anomaly, and don’t get them started about bathtubs, swimming pools, or inconveniently located puddles. But have you ever wondered why cats hate water?

We can’t settle on a definitive answer to this question without asking our cats outright. But thanks to feline behaviorists and researchers, we can make a few educated guesses about why most cats do everything they can to avoid getting wet.

Here are a few of those top theories. 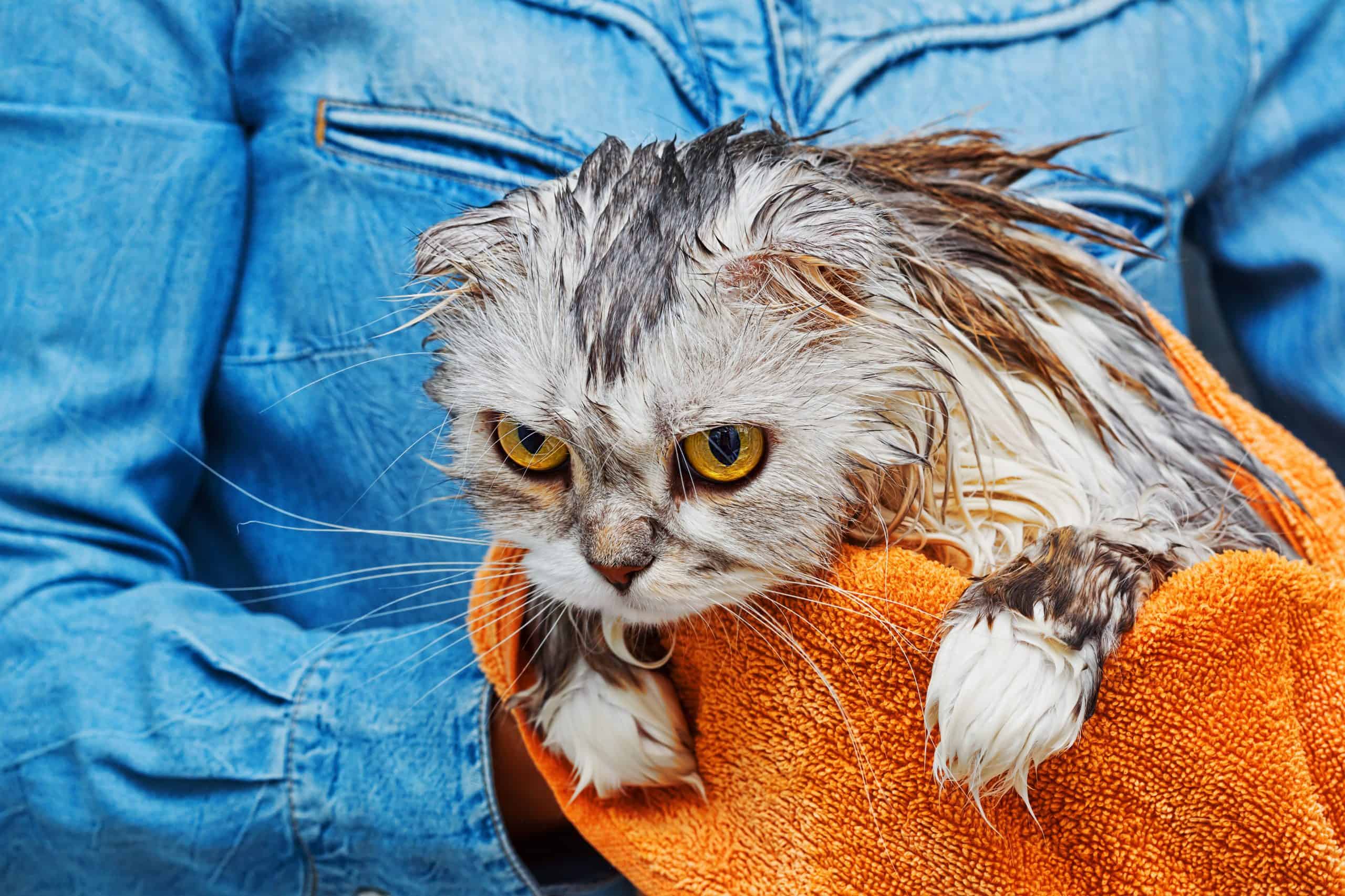 According to Smithsonian Magazine, the domestic cats we coddle today are descendants of a Middle Eastern wildcat. And while scientists believe that the domestication process took place around 12,000 years ago, modern house cats still aren’t that much different from their wild ancestors.

These free-roaming and self-sufficient felines came from an area of the world that is mostly dry and arid. There were/are few bodies of water, and there was no reason for the ancient cats to learn to swim. They survived with whatever small water sources they could find, but there were no rivers to cross or lakes to explore.

Now that it’s thousands of years later, our pampered house kitties take after their ancient ancestors. They didn’t evolve to be around water, and they see no reason to make a change.

It could be a resistance to change.

Whether it involves water or not, cats are not the best creatures when it comes to accepting change. LiveScience published a study that shows cats are hypersensitive to change, and they can even fake illnesses to express their discomfort. For the study, researchers observed a group of cats while they introduced different changes to their environments. The prevalence of cats “acting sick” tripled during weeks when scientists introduced change compared to the control weeks when their environments were kept the same. 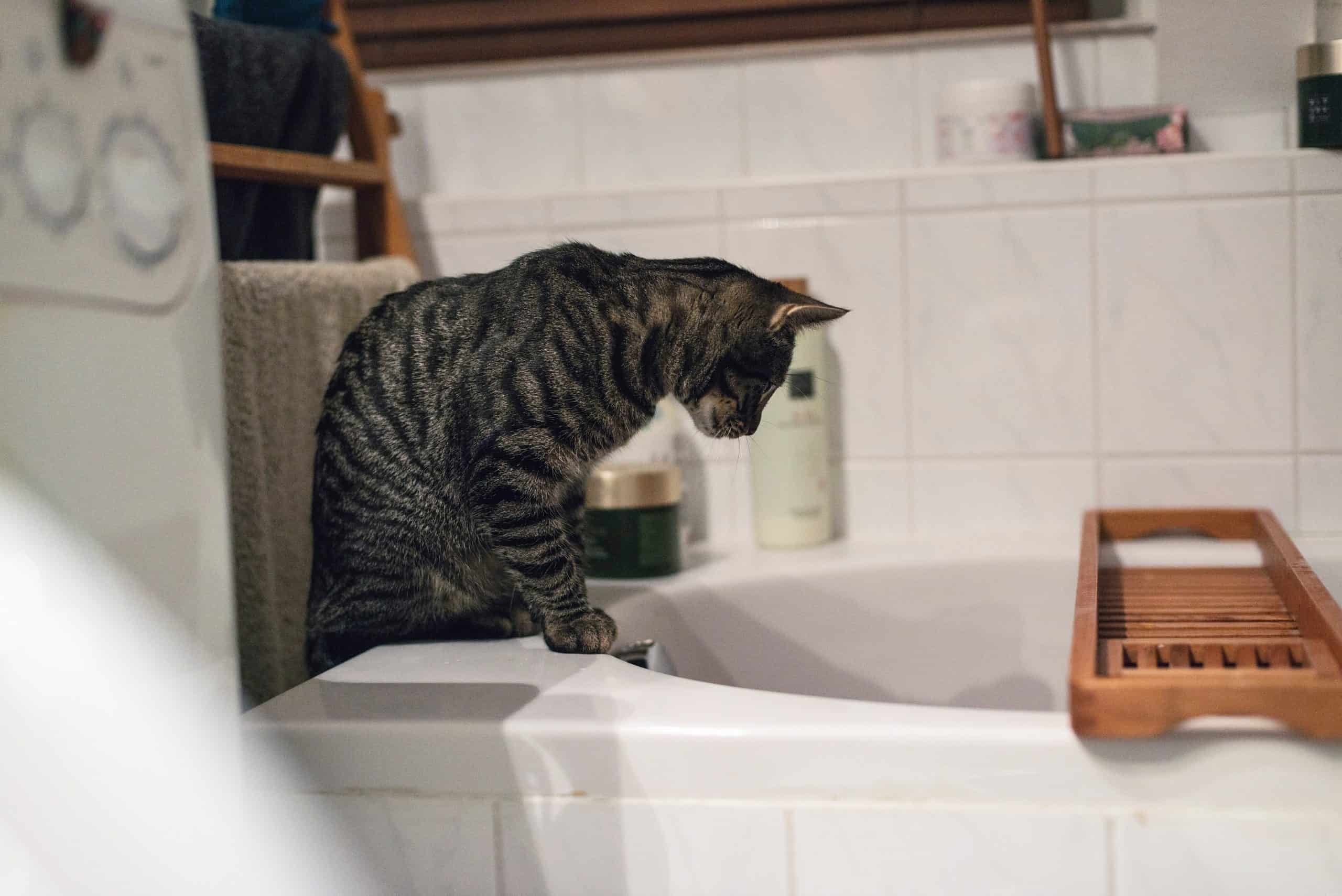 For whatever reason, cats prefer their lives to be routine and predictable. Too much change can stress them out and cause health issues.

Most cats live the majority of their lives away from water. They obviously drink water from bowls, puddles, and maybe even the kitchen faucet, but that’s a lot different than going for a swim or taking a bath. If there’s ever a day when they’re forced into a more intimate experience with water, their resistance to change will likely affect their response.

Being wet is uncomfortable.

Do you like walking around in wet clothing? I highly doubt it. Imagine what it feels like to be covered in soaking wet fur. It would be like wearing a sopping blanket around your shoulders, arms, and legs. Not only would it be heavy, it’d also be extremely uncomfortable and cold. This is what cats feel when they get wet.

When you consider what the aftermath of a bath must feel like, it’s completely understandable for cats to hate water. Their fur—especially long fur—takes a long time to fully dry. Cats know that if they get wet, they set themselves up for hours of intense discomfort. Most cats hate water so much that they’d much rather put up a fight than willingly let their fur get wet. 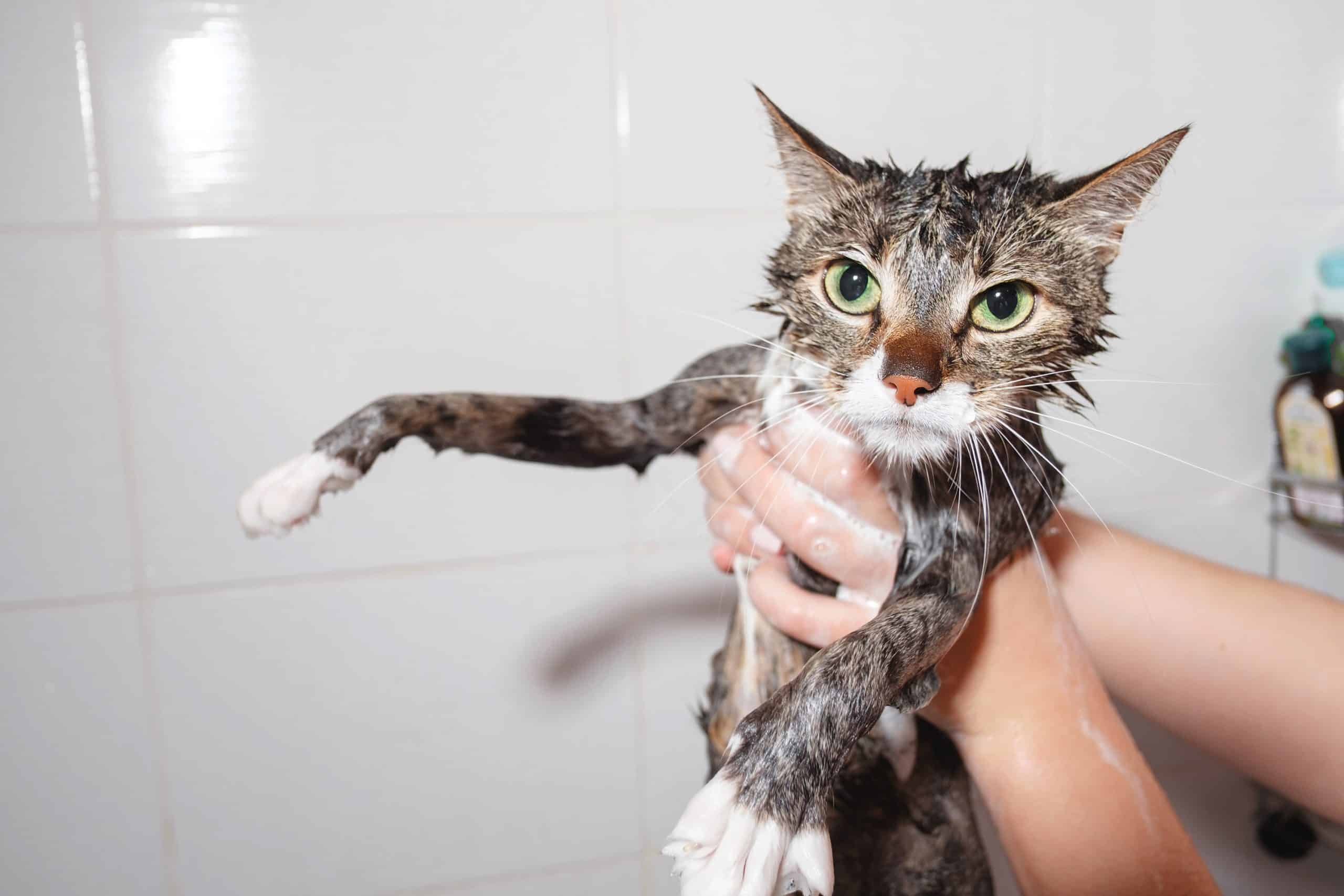 One negative experience can last a lifetime.

Cats don’t have the same kind of memories that humans have. Studies show, however, that they can maintain long-term memories when it’s dealing with important information. Your cat’s wild ancestors and feral cousins remembered where the best hunting grounds were and where they could find something to drink. The same concept could apply to why some cats hate water.

All it takes is one negative experience to convince a cat that getting wet is a bad idea. Maybe they were scared and nervous when they were forced into a cold bathtub. Maybe they fell into a swimming pool and almost drowned. If the experience was traumatizing or especially stressful, there’s a good chance the cat will remember those feelings for years to come.

Do you need to give your cat a bath but are worried about getting scratched? Get the best tips here on cattitudedaily.com

Meet Able Maew: A Happy Kitty With Two Legs And Lots Of Heart

How Do I Get My Cat To Stop Chewing On Cords And Wires?