Regularly called “mini leopards,” Bengal cats are one of the world’s most popular cat breeds. Their striking coat patterns and active personalities are reminiscent of the power and grace of wild cats. But instead of stalking prey in the plains of Africa, this domestic cat breed is dominating cat shows and pouncing on toys in carpeted living rooms. They’re stealing hearts with their wild good looks, but how much do you actually know about Bengal cats?

Regularly called “mini leopards,” Bengal cats are one of the world’s most popular cat breeds. Their striking coat patterns and active personalities are reminiscent of the power and grace of wild cats. But instead of stalking prey in the plains of Africa, this domestic cat breed is dominating cat shows and pouncing on toys in carpeted living rooms. They’re stealing hearts with their wild good looks, but how much do you actually know about Bengal cats? Keep reading to learn more about where these cats came from, what their personalities are like, and why so many people have them as pets. 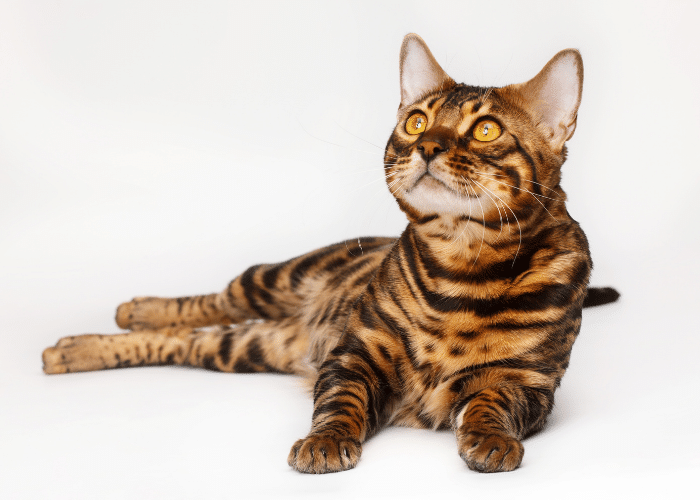 The Bengal cat breed was originally developed by breeding an Asian leopard cat with a domestic house cat. Asian leopard cats are small wild cats that are native to Southeast and East Asia. They only weigh about 9 pounds, and they’re more slender than the average house cat. They’re about the size of domestic cats, but they’re 100% wild.

Humanity has always had a fascination with wild cats. That’s why lions, tigers, leopards, and other big cats have historically been kept as exotic pets. The Bengal cat breed was created as a way to safely, humanely, and legally have a little bit of wild cat in your home. 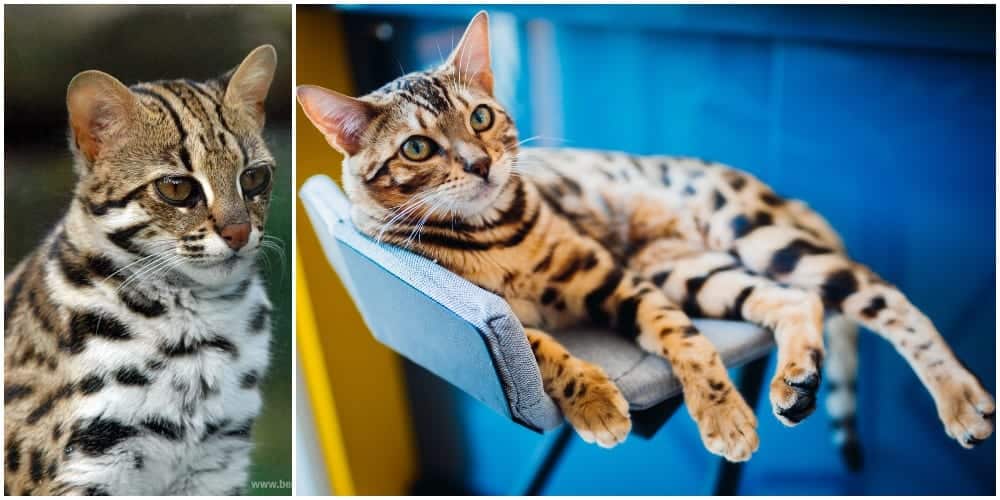 The first Bengal cats were considered “too wild.”

As one of the newest cat breeds recognized by official organizations, the creation of the Bengal breed is credited to Jean Sudgen. Sudgen started her work with breeding hybrid cats in 1963, and all of today’s Bengals are related to her cats bred in the early 1980s. 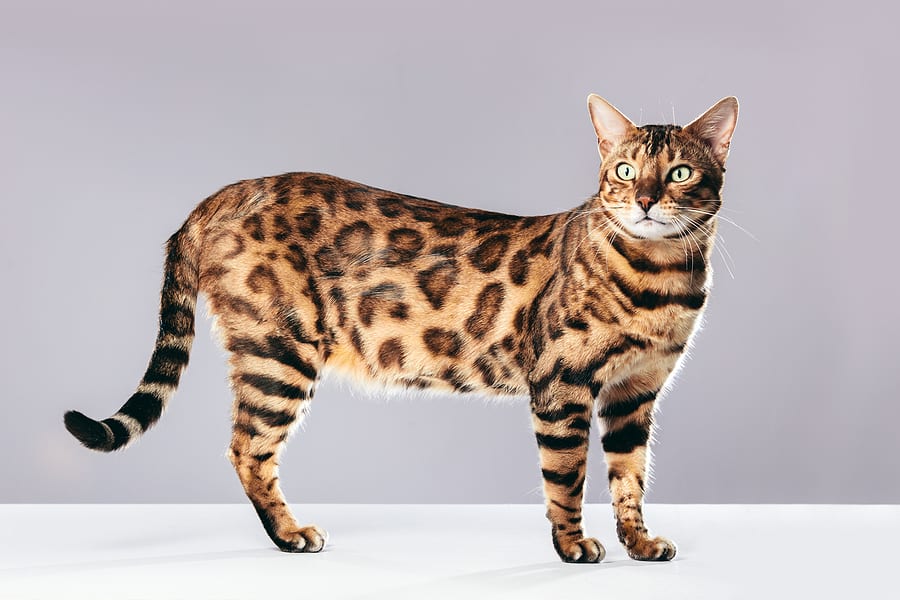 Those first-generation cats had personalities similar to their wild parents. Hybrid cats are recognized with F1 representing the first generation where cats have one African leopard cat parent, F2 being the second generation with 2 wild grandparents, and so on. The F3 generation was the first generation to be considered fully domesticated, and Bengals must be at least F4 to compete with the International Cat Association.

Breed fact: Today’s Bengal cats are bred between other Bengal cats and not Asian leopard cats. They behave like any other domesticated cat, and they don’t require any special care. They look wild, but they’re all house cats.

Bengal cats are the only domestic cats with rosette markings that mimic big cats including leopards, jaguars, and ocelots.

We can’t talk about Bengals without mentioning their incredible coat markings. They come in rosettes, marbling, spots, and stripes. The two officially recognized and basic coat patterns are the rosettes and the marbled. The wild-looking patterns are outlined in black, chocolate, or silver. There are several different variations of the breed including the most common brown tabby, seal lynx point, seal sepia tabby, and black silver tabby. 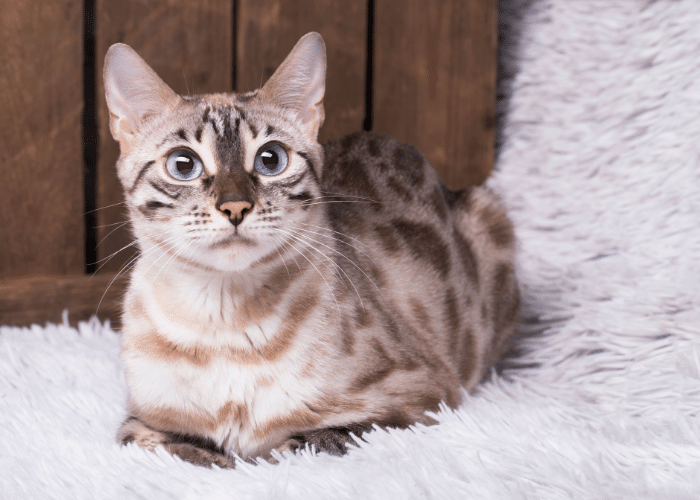 It’s not just a Bengal’s coat that gives them their wild look.

Bengals inherited their coat patterns from their wild ancestors, but they also have several other features that connect them to wild cats. For example, they have wide noses centered between prominent whisker pads. They also have slender, yet athletic bodies. They’re built long and lean and have thick tails like other wild cat species.

Cat coat fact: Some Bengals inherit the “glitter gene.” This gene is thanks to their wild ancestors and gives their fur a special sparkle when the light shines on them. 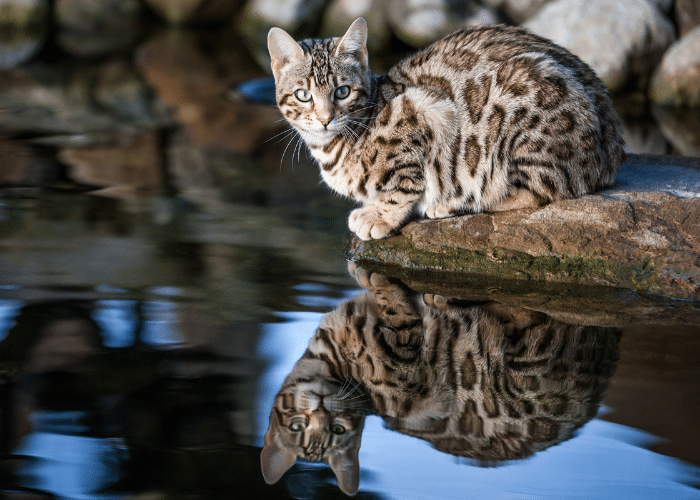 These cats love the water.

In the wild, big cats like tigers and leopards are great swimmers. They love the water, and Asian leopard cats even have webbed paws to aid them while swimming. This attraction to water is another characteristic Bengals have inherited from their wild ancestors.

Owners of these playful cats often find their pets with their paws in the aquarium. Bengals are also known to join their favorite humans in the bathtub or shower. They’re not afraid of water like other domestic cats. 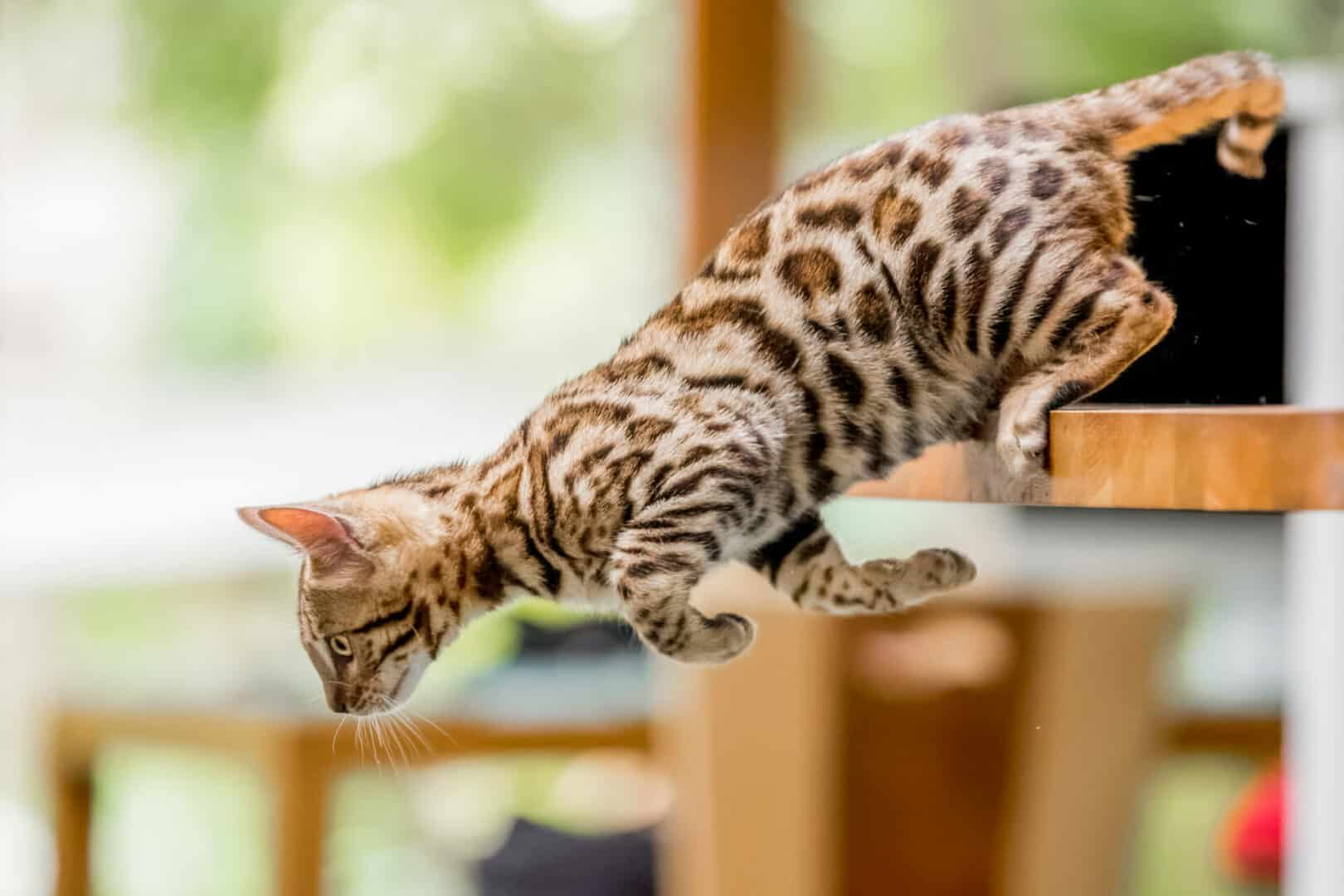 Bengals are great at learning tricks.

These intelligent cats can be stubborn at times, but when you find the right technique, it’s not hard to teach them basic tricks. Clicker training with a stash of tasty treats is a good place to start. Cats can learn to “sit” and “high five,” and some of the more motivated felines can even learn skills like turning lights on/off and opening doors.

Did you learn anything new about these popular cats? Share this article with other cat lovers you know who would enjoy reading about these proper kitty cats!

Want to see the most lovely Bengal cat you’ve ever seen? Feast your eyes upon Thor the Bengal! 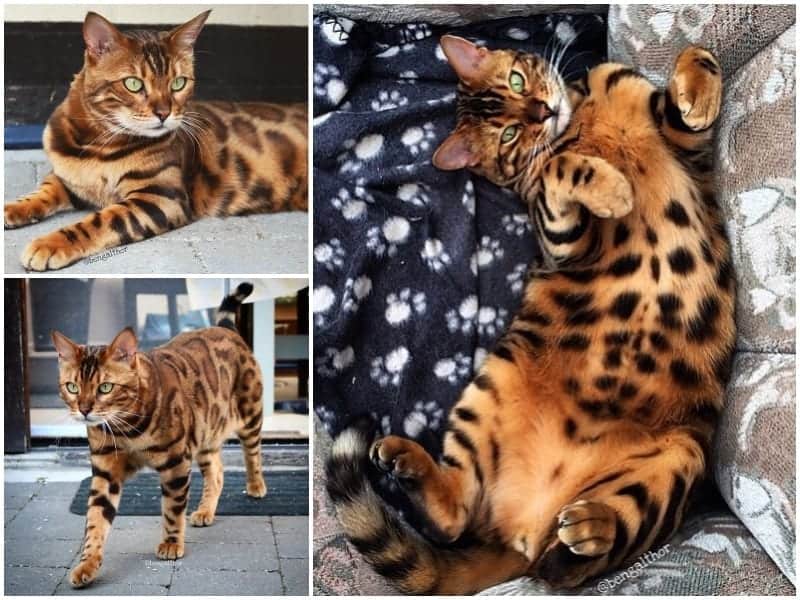 How To Provide Outdoor Safety And Shelter For Feral Cats

Why Do Cats Love Olives So Much?