I love all cats, and I have a special spot in my heart for strays. They say that cats often choose their owners, and it looks like that’s even the case for stray cats in Brazil, too! For one lonely stray kitten, he wandered into the Ordem dos Advogados do Brasil (translation: Order of Attorneys of Brazil), during a thunderstorm in search of refuge last February. 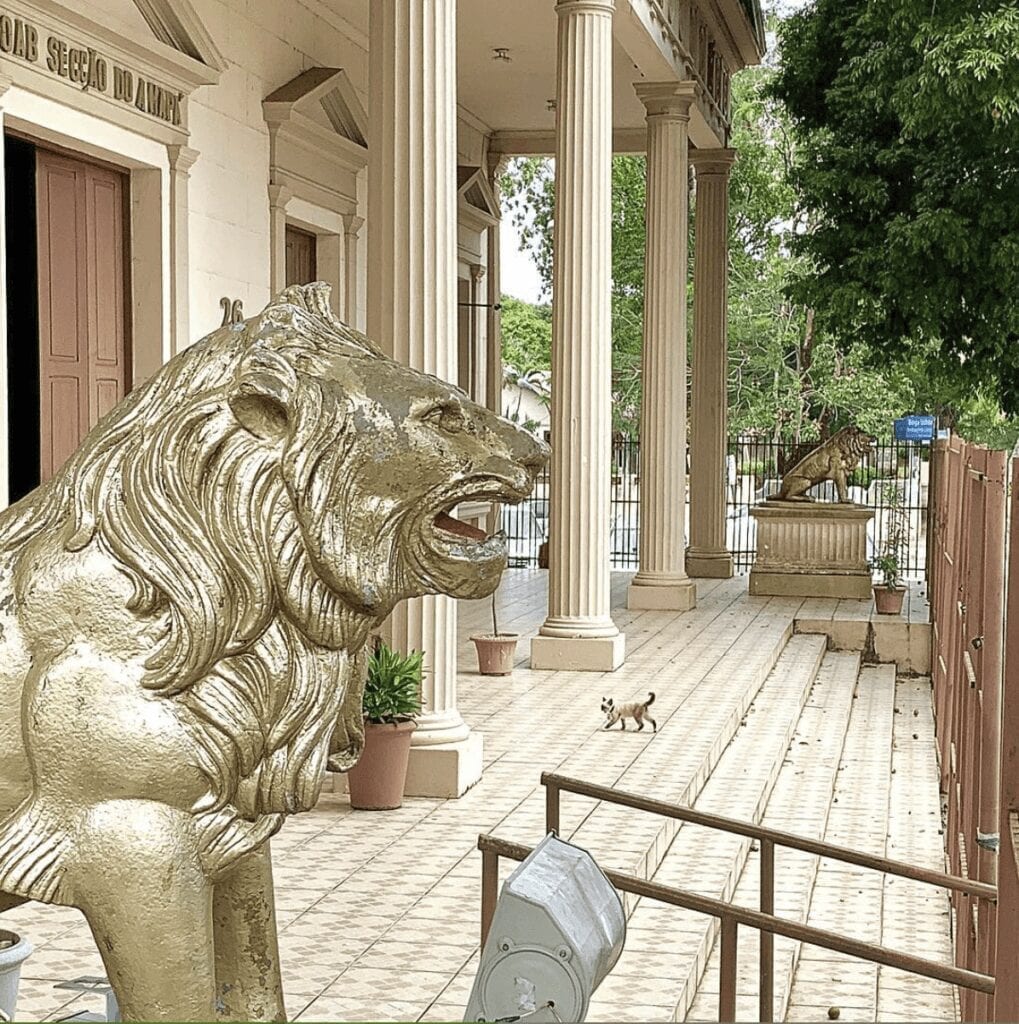 Quickly he was fed—and obviously adored—but it seems that patrons were not all crazy about this stray kitten’s presence. So, what did officials do in order to resolve the issue? Well, the Bar Association of Brazil (which is essentially what this establishment is) decided to hire the “cattorney” full-time!

“In February it rains a lot in the state of Amapá (Amazonia), so he arrived at OAB fleeing from the rain and thunder. For a week, he was fed and protected in a box. Until he got hired.” According to his Instagram bio, the translation tells us:

I’m Leon, the lawyer hired by the OAB / AP. At the request of the fans we created our profile. Here the theme will be Animal Law and some cool news.

He even has his own official ID badge! 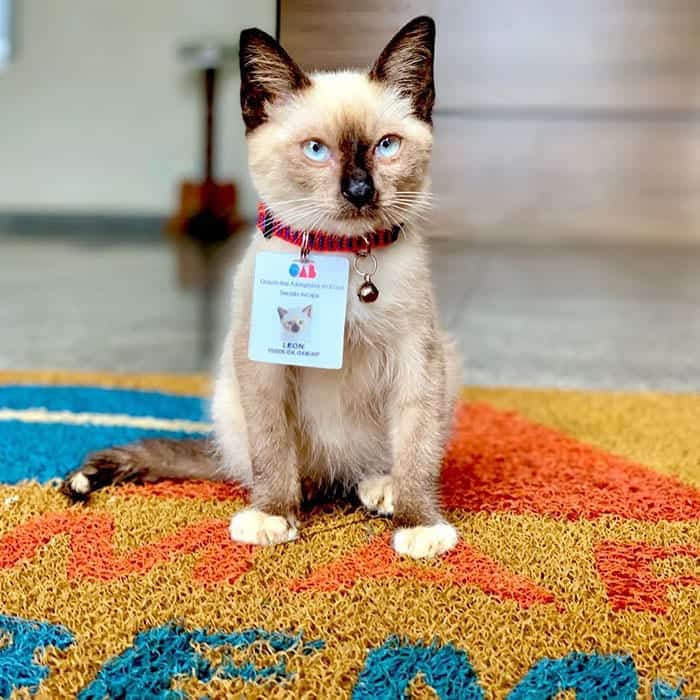 It seems that when Leon first made his way to the Bar, visitors were concerned about his presence for fear that they might trample him:

“[They said] that there was no space for him because it is a serious institution. So the President [of the OAB] determined the hiring and gave him an employee badge.” 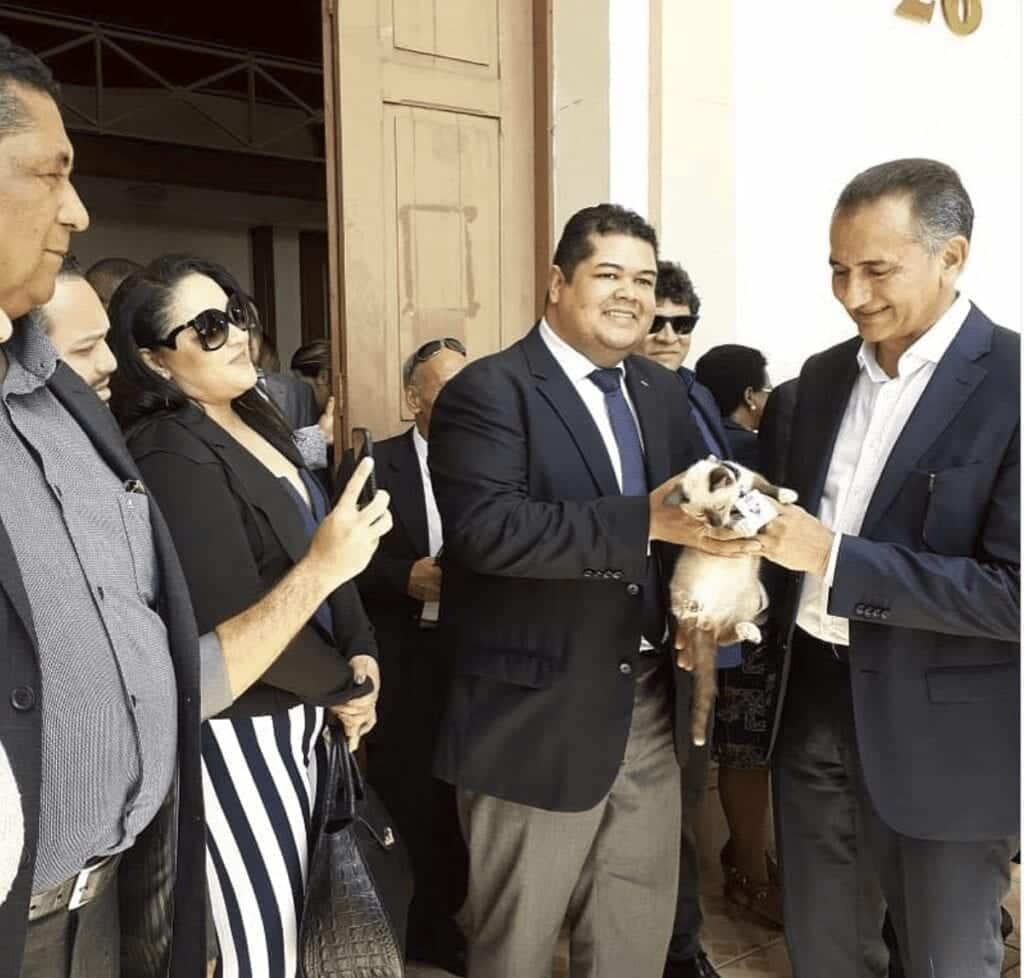 And what is Dr. Leon’s life like today? Well, this is one stray cat that definitely got his happy ending!

“Today, he is very dear to everyone. Even those didn’t like him got used to his presence and have fun with him. His favorite place is President Auriney’s sofa; he loves to play with his toys.” 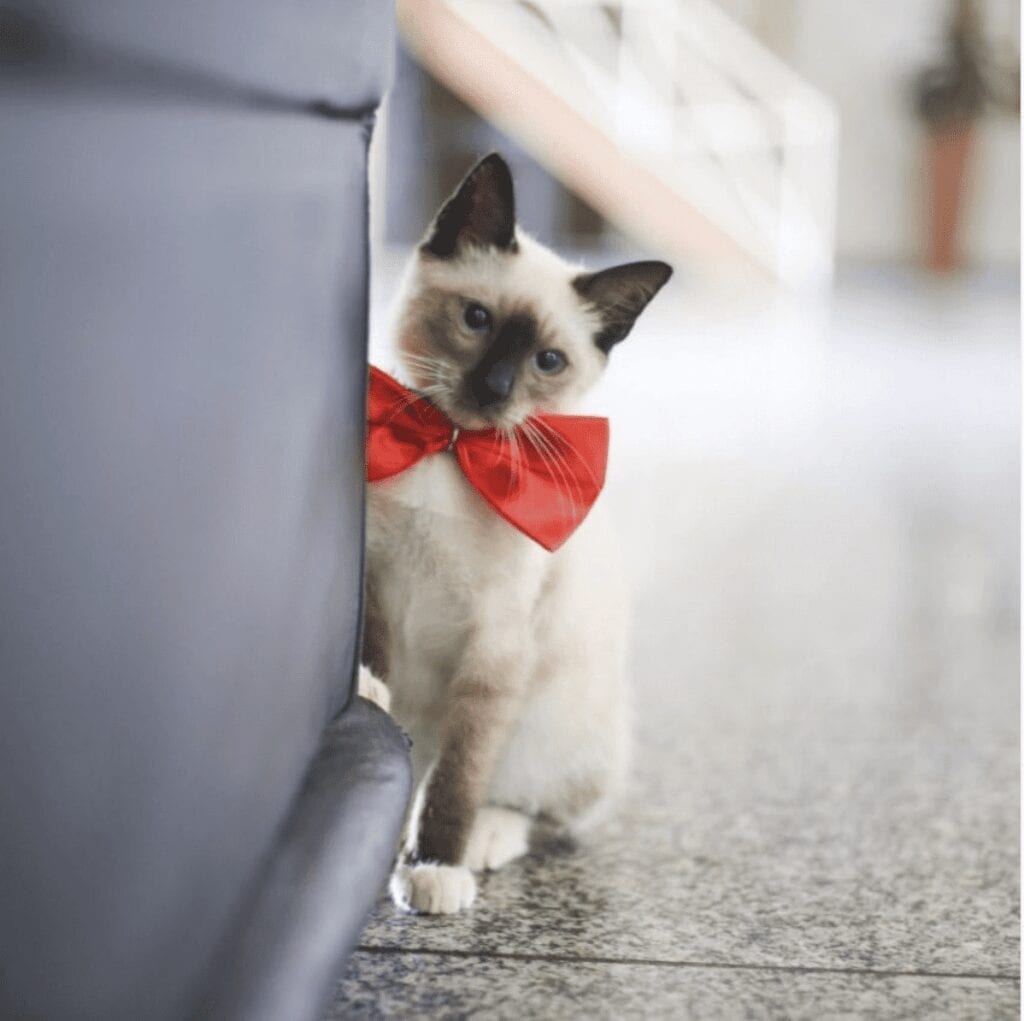 It seems that when Dr. Leon isn’t growing his fan base of admirers, he’s raising awareness for animals in need: “We are finalizing the documents to launch an animal rights institute. It’s called Instituto Dr. Leon. Unfortunately, we cannot house all [the animals], so we will fund the NGOs in town. We will be an example for Brazil [to follow],” says his representative.

Making his way around the office! 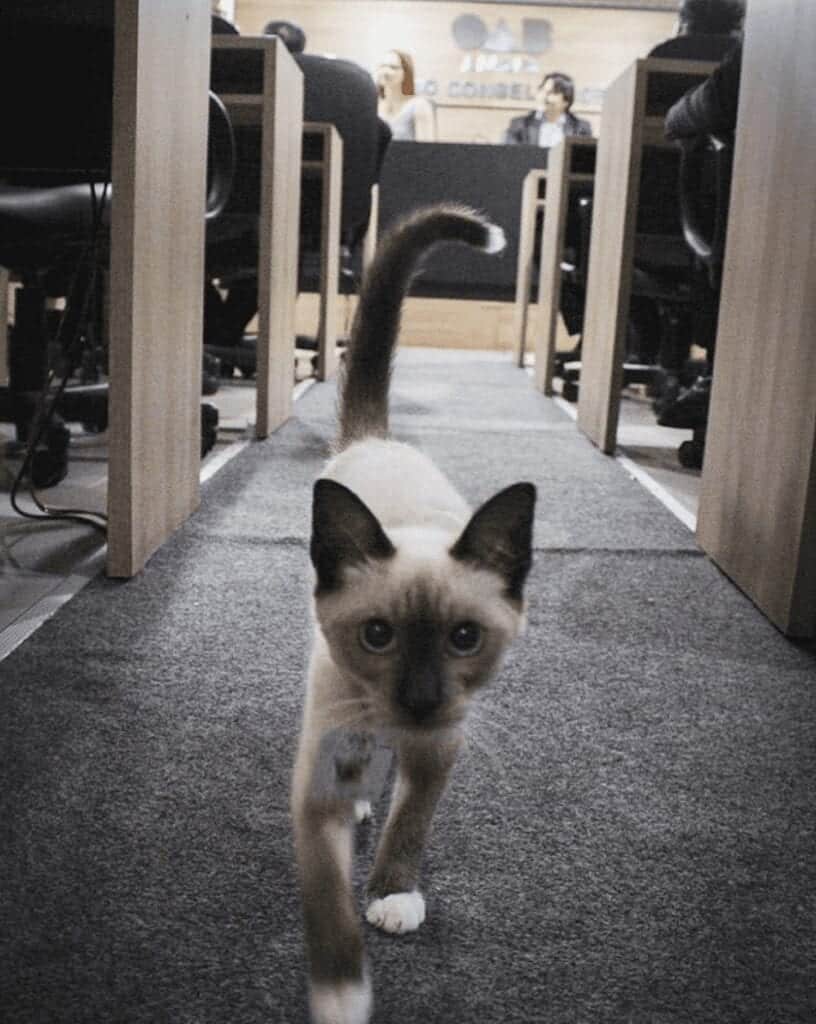 Dr. Leon is thriving in his new environment, but it appears that he suffers from some damage during kittenhood prior to his time at the Bar:

“Two months ago Leon was neutered and is already fully recovered. But veterinarians say he had a problem with his vocal cords as a result of suffering as a baby. He hardly meows, but we keep taking care of him. This motivated us to create the institute to help abused and abandoned animals.” 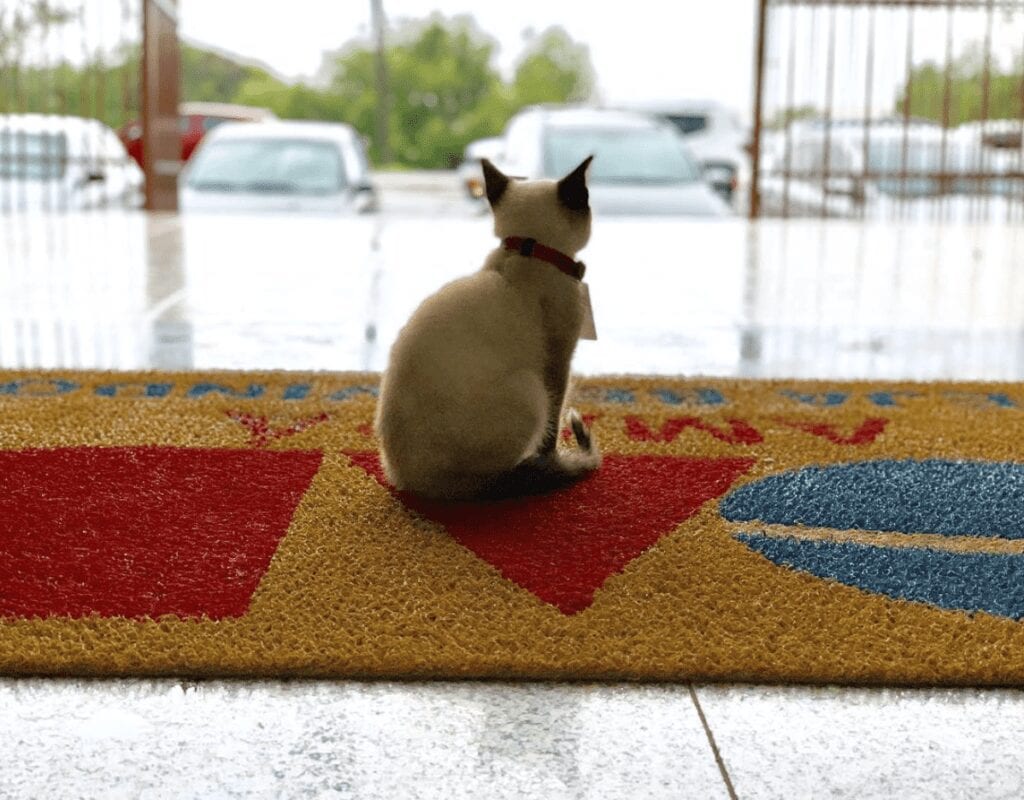 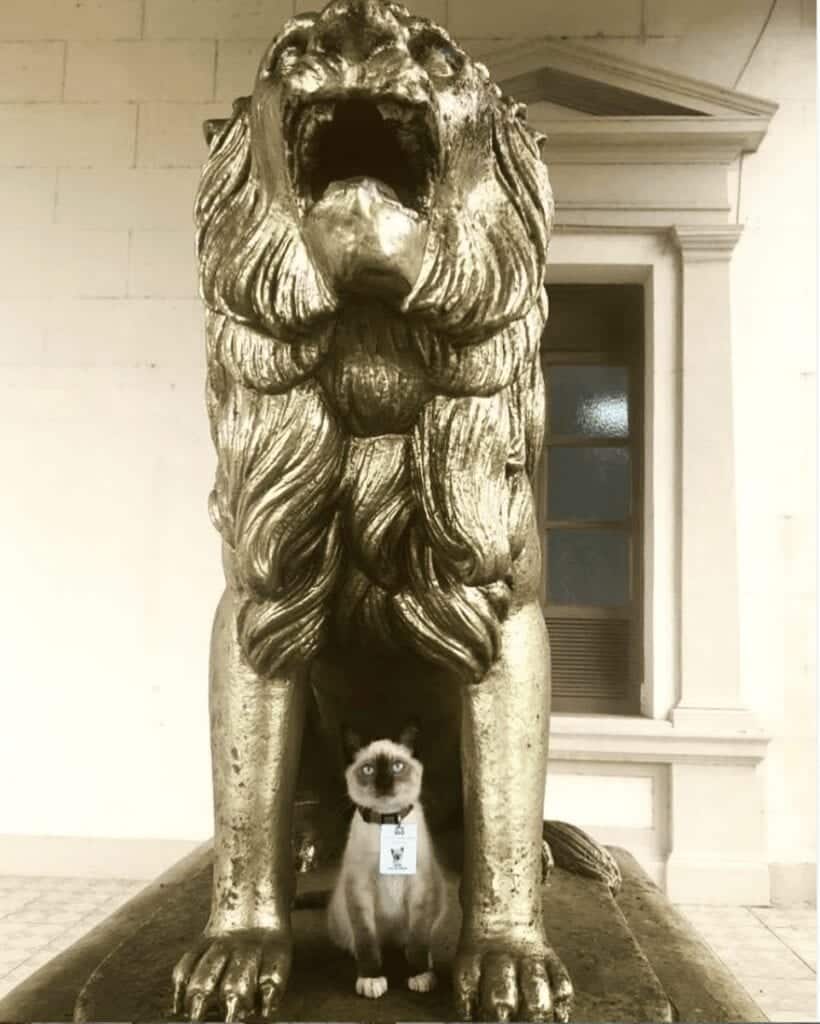 Isn’t he just the cutest? We love seeing homeless kittens and cats getting the chance to shine! We recently covered a rescue kitten who joined the ranks of the Arkansas Police Department, you can read about it here. 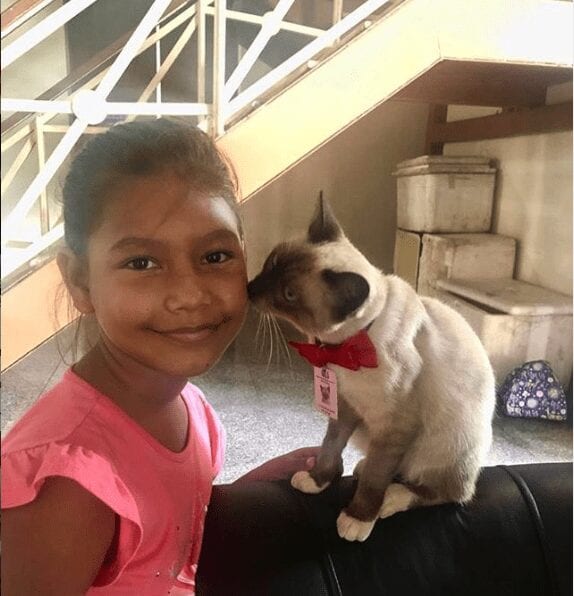 All Images Courtesy of Dr. Leon Odvogato on Instagram

These Cute Cats Wear Their Hearts On Their Fur