Why Do Cats Growl?

Learning to understand your cat’s way of communicating is one of your major responsibilities as a pet parent. The better you understand, the happier your cat will be, but that’s a lot easier said than done. Cats communicate through a series of behaviors and vocalizations. Between all those meows, purrs, and trills, you might occasionally hear your cat let out a growl. Cats growl with purpose. It’s never a mistake, and it’s your job to figure out what that sound means. It’ll help if you’re familiar with your cat’s personality, but here are some facts to help interpret what those growls mean. 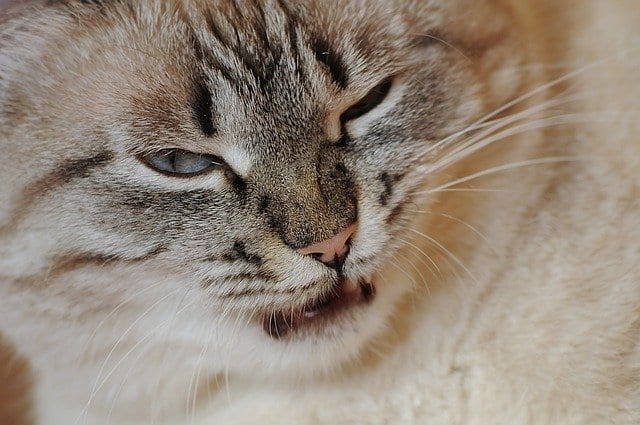 Out of all the sounds your cat can make, a growl is usually described as a low, rumbling sound that comes from deep within the throat. Cattitude Daily owner, Modi Ramos, describes her cats’ growls as “cat thunder.” It can come out as a short burst, or it could also be a drawn-out sound that lasts several seconds. It can also vary in volume. Sometimes a cat will growl so quietly you can barely hear them, but other times it’s a sound that’s hard to miss.

The intensity of the growl will often depend on what your cat is feeling. Most cats let out different types of growls for different situations. Sometimes it’s more urgent than others, and you can usually tell the difference based on the volume and the accompanying body language.

Cats always growl for a reason. Even your sweetie-pie cuddle-bug of a cat knows how to do it, and understanding why will help you be a better pet parent. 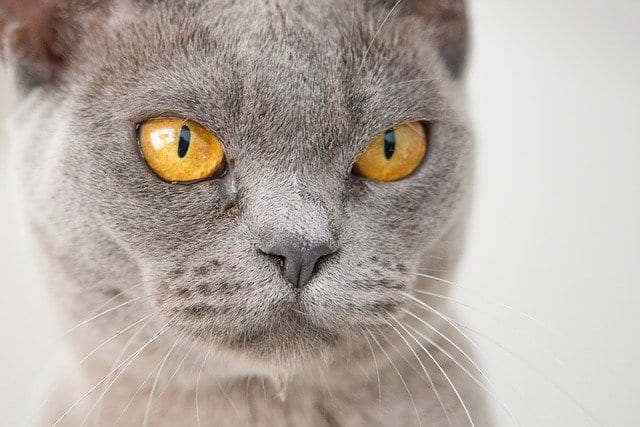 As you’d expect, cats growl as a way to tell people (or other animals and even inanimate objects) to back off. They could be territorial, uncomfortable, or just grumpy. It doesn’t mean they’re being aggressive, it means they’re trying to tell you that things could get out of hand if you don’t heed their warning.

Cats don’t always have a lot of control over what happens to them, but they can try to make their feelings known by growling. You can recognize a warning growl because it usually comes with other defensive body language like puffed-up fur.

Sometimes that warning growl comes out because your cat is scared. They’re not being aggressive, they’re extremely uncomfortable with the situation and feel the need to protect themselves. Cats are technically predators, but their size also makes them prey. They’re scared by loud noises, sudden movements, strangers, and all kinds of other things.

If your cat is growling at a new furry member of the family, there’s a good chance they’re scared. They could even be scared of the new couch you just brought in. 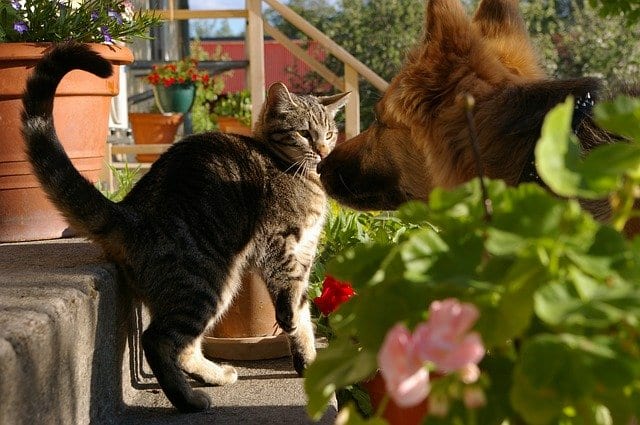 Your Cat is Showing Dominance

There’s a good chance your cat is afraid of a new arrival, but there’s also another explanation. Instead of cowering and growling, some cats growl as a way to show that they’re in charge. A recently adopted cat might give a dominance growl to an unfamiliar human, but this usually happens between other animals. There’s a definite pecking order in multi-pet household. Growling is one of the ways cats show that they’re the boss.

When you’re in pain, you don’t want people coming up and bugging you, right? You’re probably low-key disagreeable all the time. Cats are the same. They don’t want you picking them up and making their pain worse, and they’d rather hide their weakness and be by themselves. Chronic pain caused by joint issues could be the culprit, or it could be something like a bad tooth, tummy ache, or UTI. You won’t know until you talk to your vet.

As much as we love cats, we have to admit that their moods can be hard to track. Some cats are complete rays of sunshine all the time, and then there are others that are a little tougher to figure out. They like to be pet on their own terms, and they’re particular about what goes on around them. 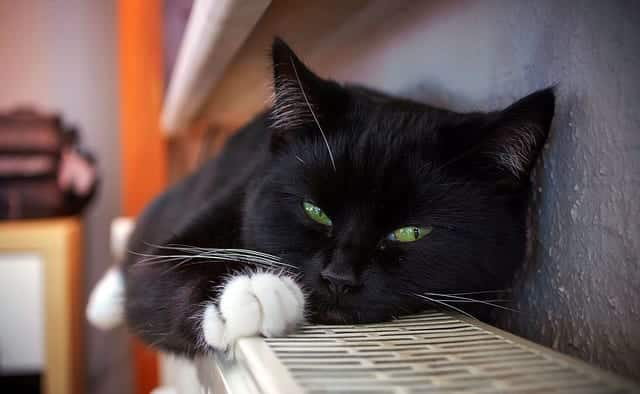 Sometimes there’s no reasonable explanation for a cat’s behavior besides the fact that they’re “in a mood.” There could be some kind of minor annoyance going on that triggered your cat’s foul mood, and they’d rather be left alone to stew in their irritation.

What Should You Do?

If your cat is growling at you on a regular basis, there’s most likely something wrong. Take them to the vet to rule out a medical issue, and talk to a behaviorist if your cat is dealing with uncontrolled fear or irritation.

What you absolutely don’t want to do is reprimand your cat for their growling. Cats growl as a means of communication. Punishing your cat for communicating with you will only hurt your relationship and confuse your cat. There is nothing wrong with growling. They’re not hurting anything, they’re only telling you what they feel.

If your cat only growls occasionally, there’s usually nothing to worry about. They’re doing a good job communicating their feelings, and if you know them well, it shouldn’t be hard to figure out what they’re thinking. Some cat owners can even tell the difference between a serious growl and one that’s more like mild annoyance. If it’s serious, it’s always best to back off and give your cat their space.

Five Homemade Cat Toys That Anyone Can Make