Why Do Cats Go Limp When You Put Clothes On Them?

While it’s perfectly normal to see a hairless cat in an adorable sweater, the average feline isn’t too crazy about the idea of wearing clothing. And aside from the fact that putting clothing a cat isn’t always easy, they’ll also show their disdain by going limp. Have you ever wondered why it is that cats go limp when you put clothes on them? I’ve dug up some research on this topic that many often wonder about, so just keep reading to find out.

But first, let’s talk about cats and why they don’t need clothes…

Your cat has a glorious fur coat. And while each cat’s coat is as unique as them, they all serve a very important purpose: to keep your cat warm and protect their skin. And because your cat has a nice and fluffy coat, they do not need you to put clothes on them to keep them warm.

That is, unless, you happen to own a hairless cat, like a Sphynx. For cats, most of their lives are spent indoors. You are usually not going to walk a cat in winter the way that you would a dog. And for this reason, your cat doesn’t require a wardrobe.

Your cat’s fight or flight response is hardwired into their DNA and that cute and colorful sweater you want to put on them isn’t going to change that. For your cat, clothes typically freak them out because they’re strange, constricting, and restrict their movement.

And for this reason, your cat will display their disdain my going limp in protest of the outfit you’ve just fashioned onto their body. Your cat wants to be able to flee at a moment’s notice, so it’s actually impairing them from doing so when you put clothes on them. Which, to them, is sheer torture.

To be kind to your cat’s needs and desires, just admire their natural cuteness, so don’t try to slip a sweater on them. And this goes for costumes, too. Because although you might find amusement in it, they certainly won’t. 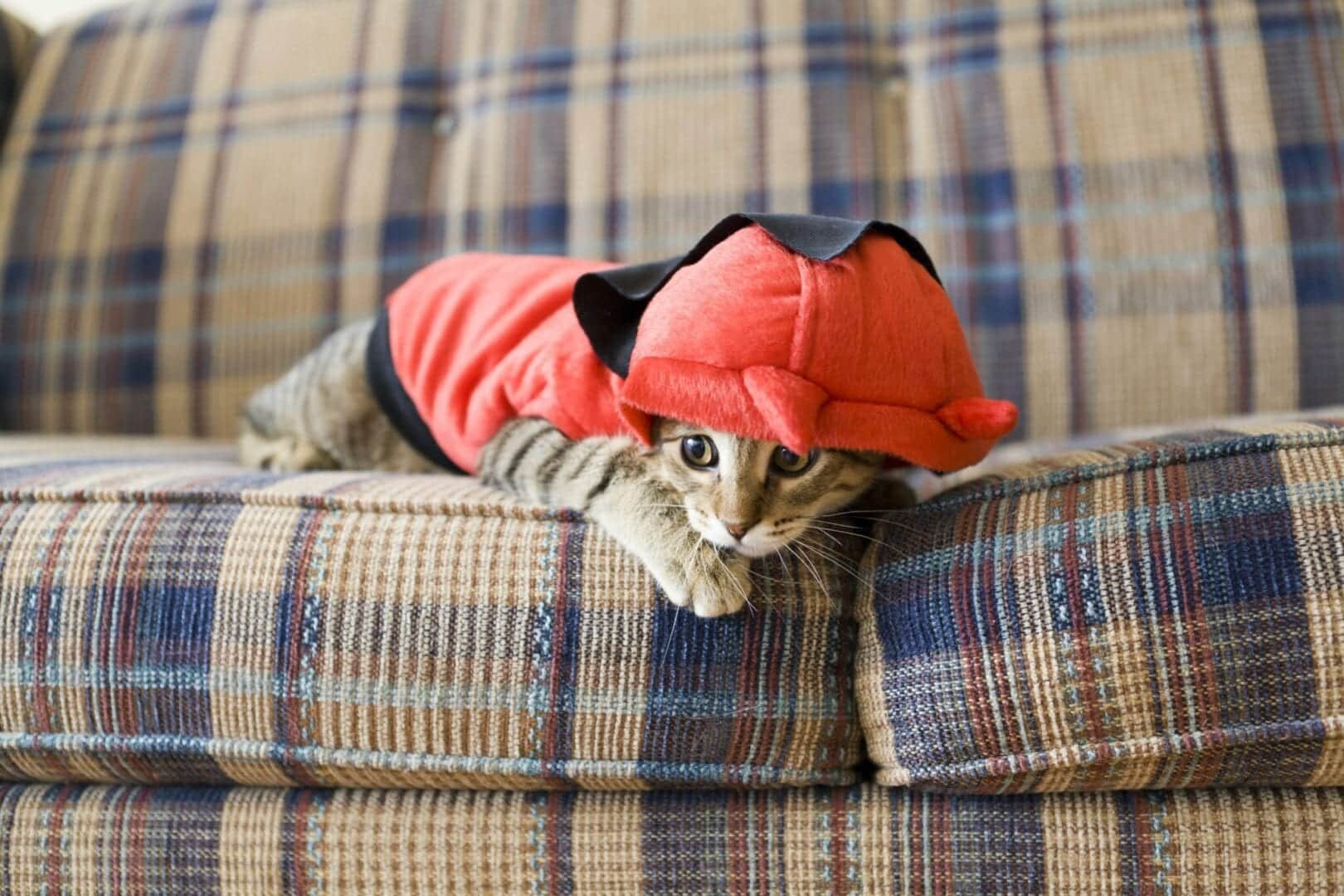 Your cat’s sense of touch is much more heightened than your own. And this is especially true for particular regions of their body, like the base of their tail, their paws, and their belly. So, for them, it likely feels like tiny pins and needles all over their body when you force that adorable outfit onto their body.

Your cat is not a fan of change or being forced to do things against their will. We get to share our lives with cats, and that should be enough to keep us satisfied. So, instead of spoiling your cat with a new outfit, try getting them an enrichment toy instead. 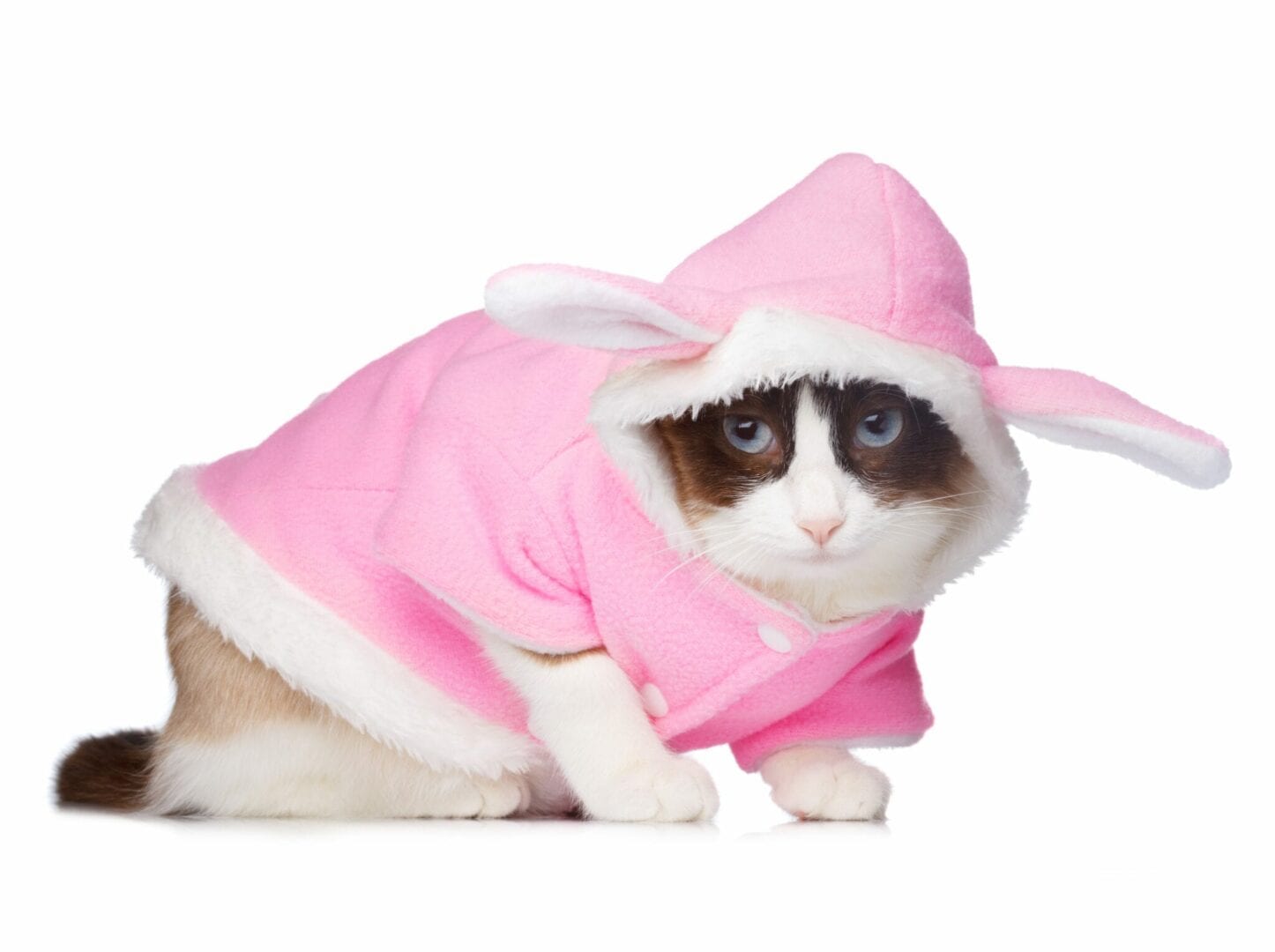 Have you ever lovingly stroked your kitty only to observe them bathing themselves immediately after? Well, can you guess why they do that? To get your smell of their coat! It’s not intended to be a slow burn, it’s just that cats are very big on smells. In fact, it’s one of their main tools for communication.

So, that strange outfit is not only foreign to them—but it smells funny, too. Cats live by a strict code of conduct that dictates how they behave. They do their best to respect our lifestyle and expect us to do the same in return. Read here to learn some other ways in which you might be accidentally offending your cat.

Did you learn anything new and interesting about our feline friends? Share this article with other cat owners that you know so that they can learn something, too.

cat behaviorwhy do catswhy do cats go limp when you put clothes on them?
3
FacebookTwitterPinterestEmail

What Is Fear Aggression In Cats?