Cats…they’re always up to something. Whether it’s sneaking around at weird times of the night or climbing in strange corners of the house, we are almost always confused by our kitties’ agendas. Sometimes, our cats even manage to fully disappear and then pop up out of nowhere when they’re hungry. It’s got us asking – why are our cats so sneaky?

Well, our felines are still fierce little predators. And, their history and evolution can tell us a little bit about what makes them so sly…

Let’s get down to it – why are cats so sneaky? 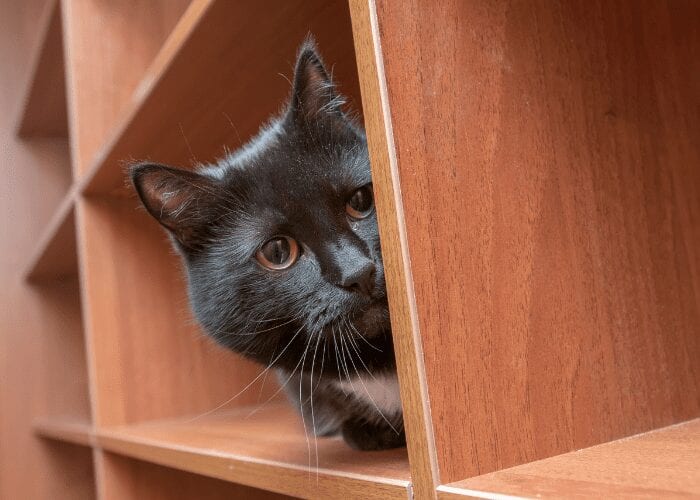 Our cats were once wild animals (if you couldn’t tell already.) They used to hunt for their meals and do everything to survive. This makes our cats innate predators, something you can see in our cat’s physical nature.

Cats are built for hunting, with powerful senses, impressive jumping capabilities, and unreal reflexes. Of course, the nature of each cat depends on its breed. But, every cat has a wild cat lineage.

Cats also have most of the instincts still of their wild ancestors. They have an innate drive to be on the prowl, sneaking around so that their prey doesn’t see them. This goes for whether your cat is chasing a mouse or trying to steal its toy back.

If you notice your cat sneaking around, it may be trying to spot and catch something. Cats have pretty remarkable hearing capabilities, using them to discover what they can catch just around the corner. 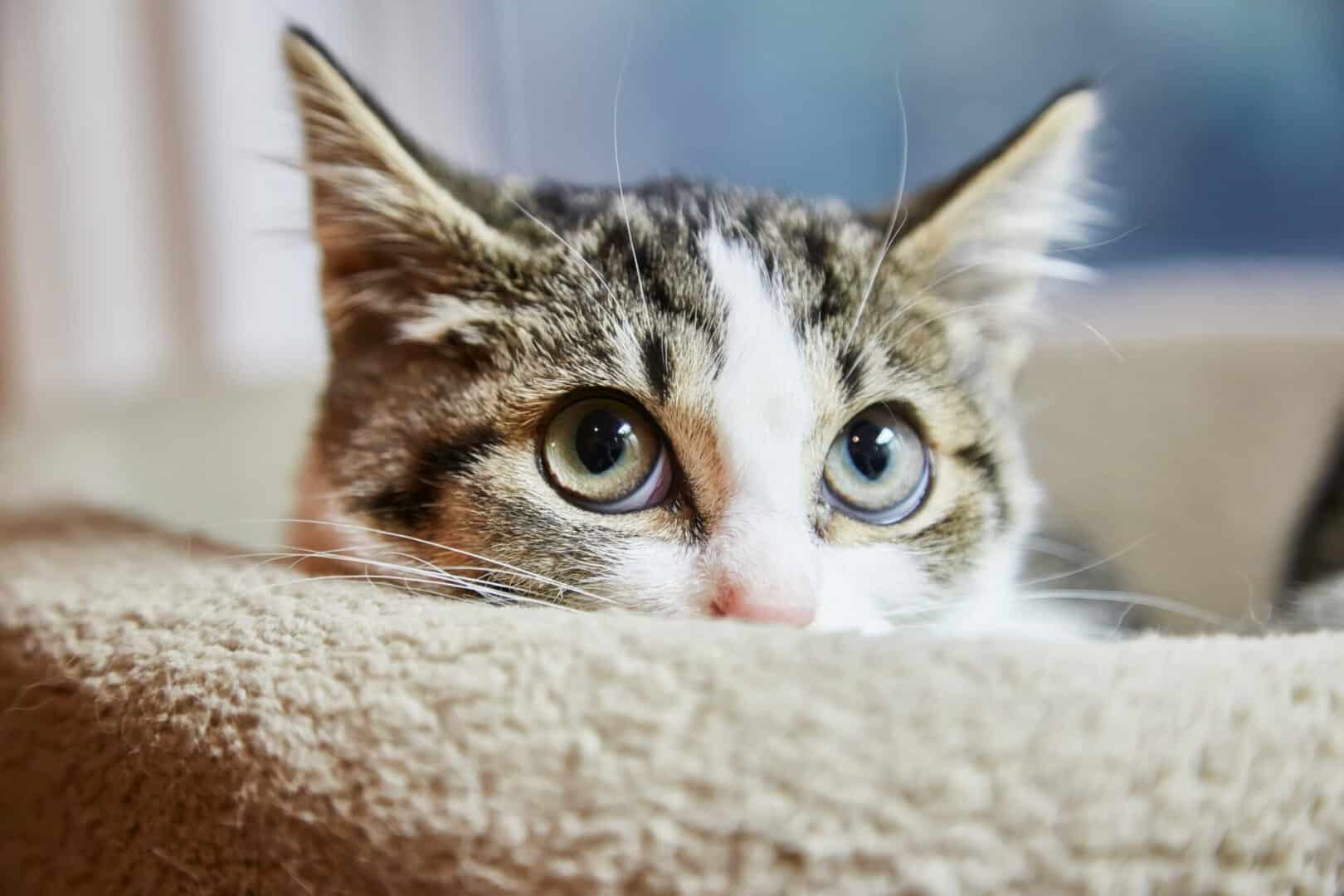 Cats may be hunters at heart, but that doesn’t make them at the top of the food chain. Domesticated cats are small animals (or else, they wouldn’t be as easily domesticated!) This means there are others who lurk above them in the food chain, who might just find them an appetizing snack…

There are several types of animals that hunt cats. Larger animals like wolves and coyotes are known to hunt cats. Predatory birds, like owls, eagles, and hawks, also prey on cats. If you live in an environment with these animals, you should take your cat’s sneaky behavior as a sign and make sure your cat stays protected.

Cats know this through their hunting genes. So, whenever a cat may feel threatened, it may begin to behave more sneakily. As we know, cats are wickedly intelligent and love to outsmart others in any situation. To make sure they’re safe, many cats may act very sneaky in order to assure that they won’t get attacked even if no real danger is present. 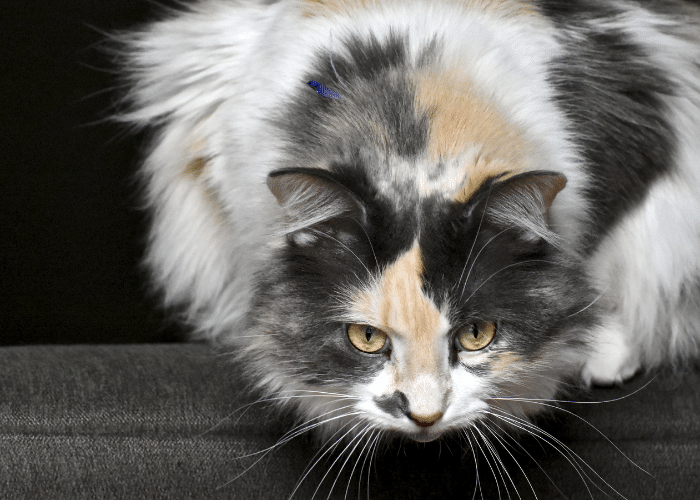 Cats, as you can imagine, changed a little bit as they adapted to domesticated life. Although the domestication of cats began thousands of years ago, cats still respond to that domestication in a lot of fascinating ways. One way you may notice it is by just how sly your cat is.

When cats became domesticated, they still felt all their inclinations as hunters. But, what changed is that they no longer needed to hunt for survival. Mamma cats stopped teaching their young to find food to nourish themselves. But, this left cats with inherent traits of chasing prey, without any use for it.

Have you ever wondered why your cat may love to chase anything, even mice, but not eat it? Or maybe, they bring it back to you, dropping it off at your doorstep? Well, this is the way your cat is showing you that she can support her family, despite them being humans who don’t usually eat mice. 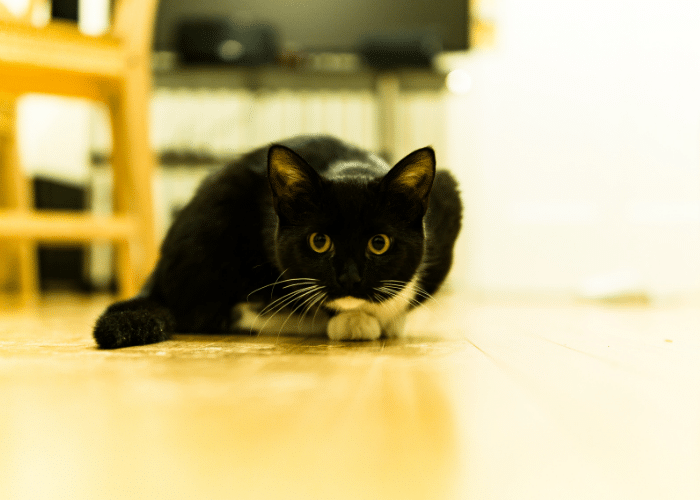 Cats are protective of their alone time

If you notice your cat acting sneaky, it may also be a way of self-preservation. Cats are very independent animals. They love their alone time and will do anything to protect it.

If there’s one thing for sure, cats like to be aware of their surroundings. Your cat’s sneaky behavior may not be sneaky at all. It may just be a way for your cat to take time to itself, but cautiously. They want to be alone, while not losing awareness of what’s going on around them. This goes back to their wild ancestors. Cats are survivors – they’re actively predators and prey!

No matter how sneaky your cat is, don’t take it as an offense – it all has to do with a cat’s nature! They aren’t trying to hide things from you. Cats just march at the beat of their own drum, one that is one part hunter and one part domesticated kitty.