Home Cats What Is The Best Way To Hold A Cat?
Cats

What Is The Best Way To Hold A Cat?

Picking up a cat can be awkward. How does one even go about holding a cat? Should we pick them up a certain way? Should we hold them a specific way? Holding a cat can be just part of the two of you bonding or enjoying some snuggle time on the couch, if that’s your cat’s thing. However, there also might be times when holding a cat is necessary—like picking him up to remove him from the counter that he’s not supposed to be on, for example.

Sometimes, cats cooperate when you pick them up. It seems that more often than not though, many cats kind of make things…awkward. Here are some tips that will help you figure out the best way to hold a cat. 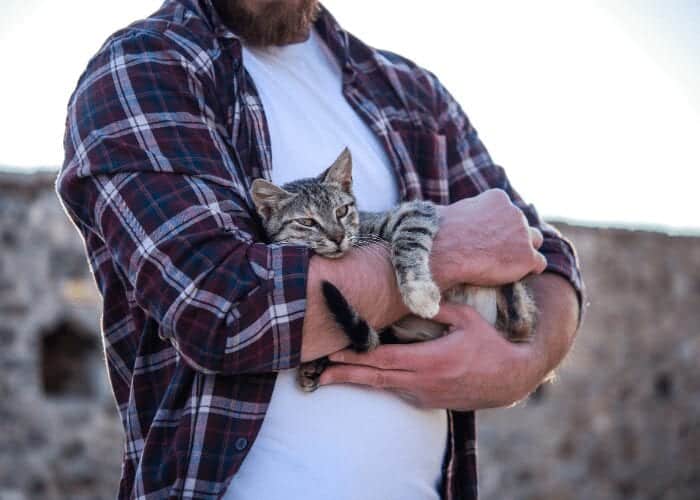 When Holding a Cat, Always Respect Your Cat’s Boundaries

As with anything when it comes to our feline friends, respect your cat’s boundaries. If she’s not a natural snuggler and doesn’t seem to love it when you try to pick her up and cuddle, then don’t do it. I know, I know, it’s so incredibly tempting because cats are just so cute! I’ve struggled with this myself, but I’ve learned to adjust since having a cat in the house who absolutely does not want snuggles unless he initiates them. It makes for a happier cat who is actually, in the long run, much more inclined to initiate snuggles with me than he used to be.

Be Gentle and Quiet

I’m pretty sure I probably don’t have to tell you this, but just in case: don’t stomp over to your cat, making loud and obnoxious sounds, and expect to pick him up. Approach the cat gently and calmly to avoid frightening the poor creature. 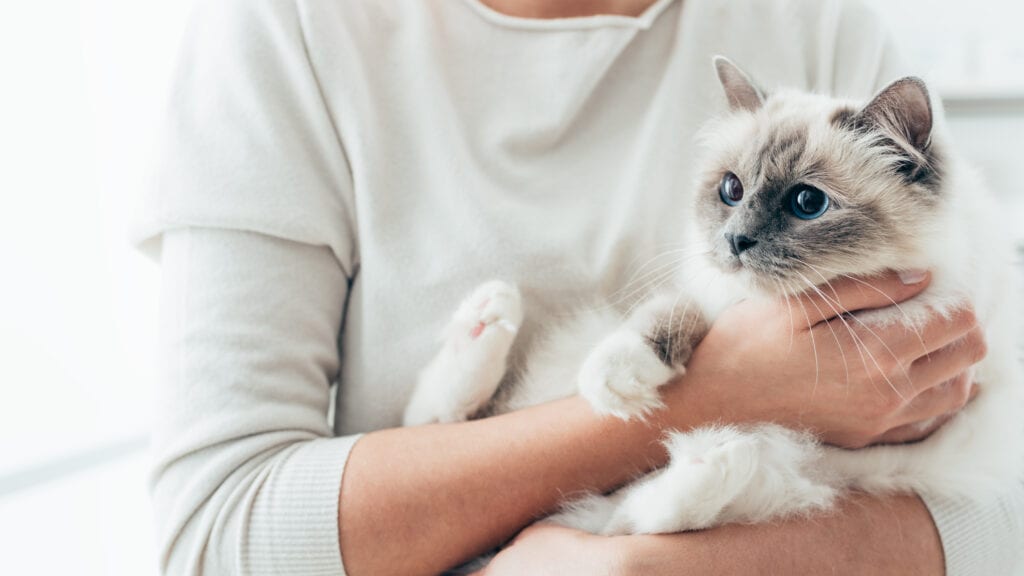 Once you’ve quietly approached your cat, you’ll need to use both of your hands to pick her up. Even with small cats, it’s generally less uncomfortable for them if you use both hands to gently lift them up. One of your hands should be supporting kitty’s backside while the other can be tucked under kitty’s chest. This way, you’re supporting more of your cat’s weight in an even manner.

Be sure that as you support both back side and chest, you’re supporting your cat’s legs as well. Most cats aren’t going to love if it their paws are dangling outside of your arms. Try to make sure kitty’s back paws are tucked comfortably into your arm as you support her rear end. Similarly, you can use your other arm to give her a place to rest her front legs and paws. 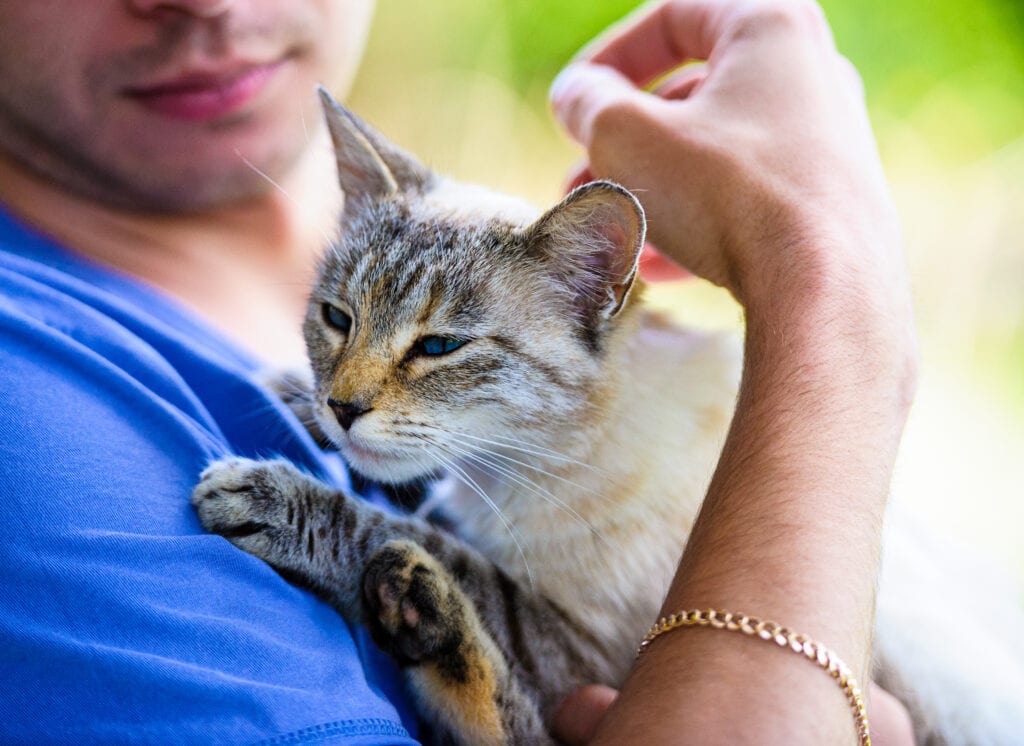 We know cats are unique, so some of them may prefer some tweaks to the way they are held. If your cat is smaller and your arms are larger or longer, you may be able to have kitty balance on your forearm and still have her properly supported, with paws and legs tucked comfortably in. Pay attention to your cat’s movements and whether she lets out any squeaks of protest when you hold her, as this is a key indicator of whether she’s comfortable being held that way.

The Touching Rescue Story Of Milton Longcat Will Warm Your Heart

Officer Goes Above And Beyond For Homeless Kitten In Need