Not the Margay, not the Ocelot – the oncilla! This wildcat calls some of the most beautiful rainforests in the world its home. And, don’t be fooled by its size – the oncilla is one fierce kitty.  There’s more to this gorgeous feline than you know.

Let’s discover all the cool facts about the Oncilla! 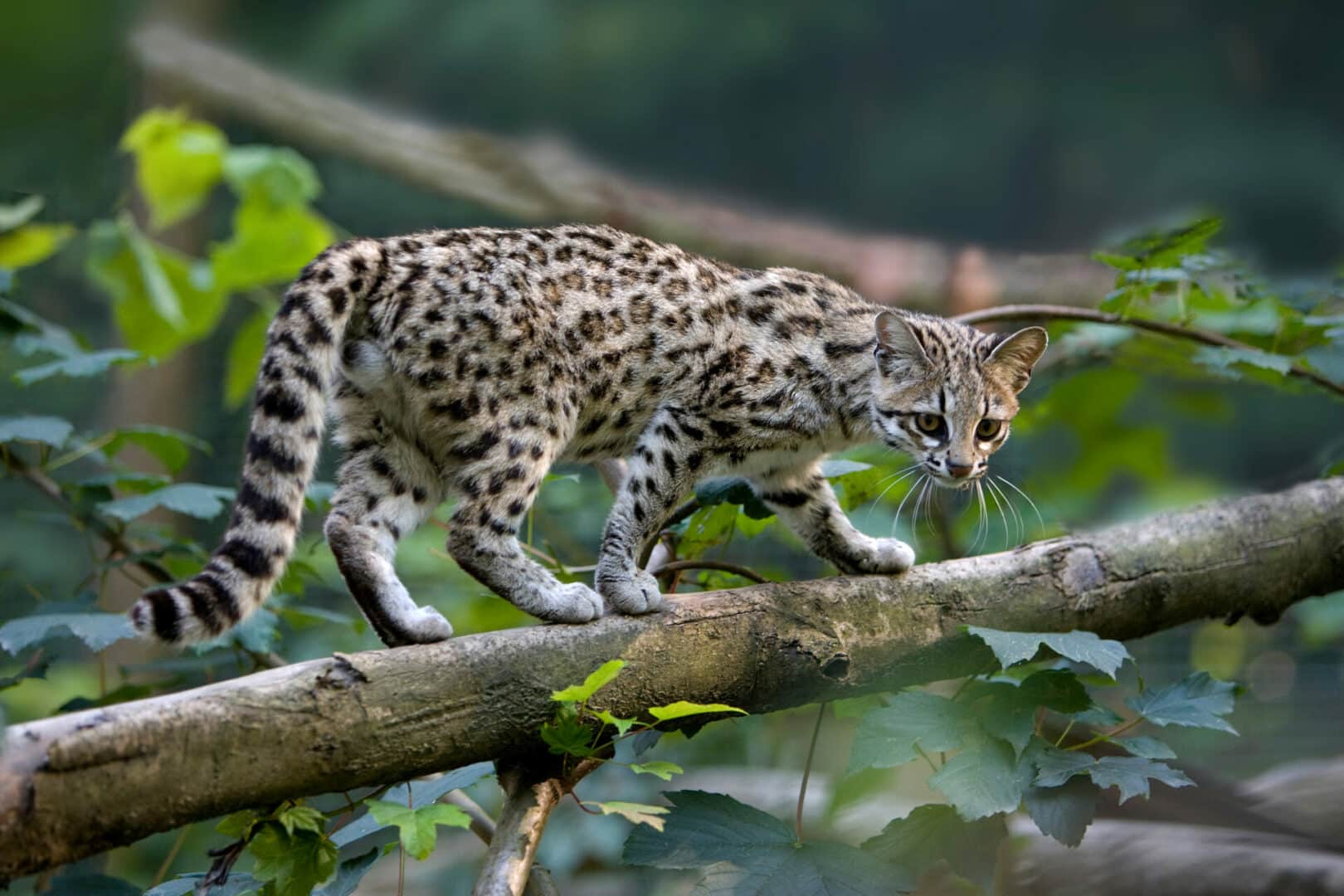 These beautiful cats only live in Central and South America

The oncilla, scientifically known as Leopardus tigrinus, is a forest-dwelling wild cat. This feline doesn’t live in just any forest. You can find oncillas specifically in rainforests across Central and South America. The kind of rainforests can range from temperate to tropical. A few groups of oncillas do also live in lowlands, like savannahs. These lands aren’t natural habitats for oncillas, though. Sadly, oncillas slowly have occupied more lowlands due to a loss of habitat.

You will not find many Oncillas in captivity

Oncillas thrive in the wild. This is why there are very few in captivity. Oncillas are known to have very high infant mortality rates when raised outside their natural habitat. With that said, oncillas (just like any wildcat) should not be kept as pets. 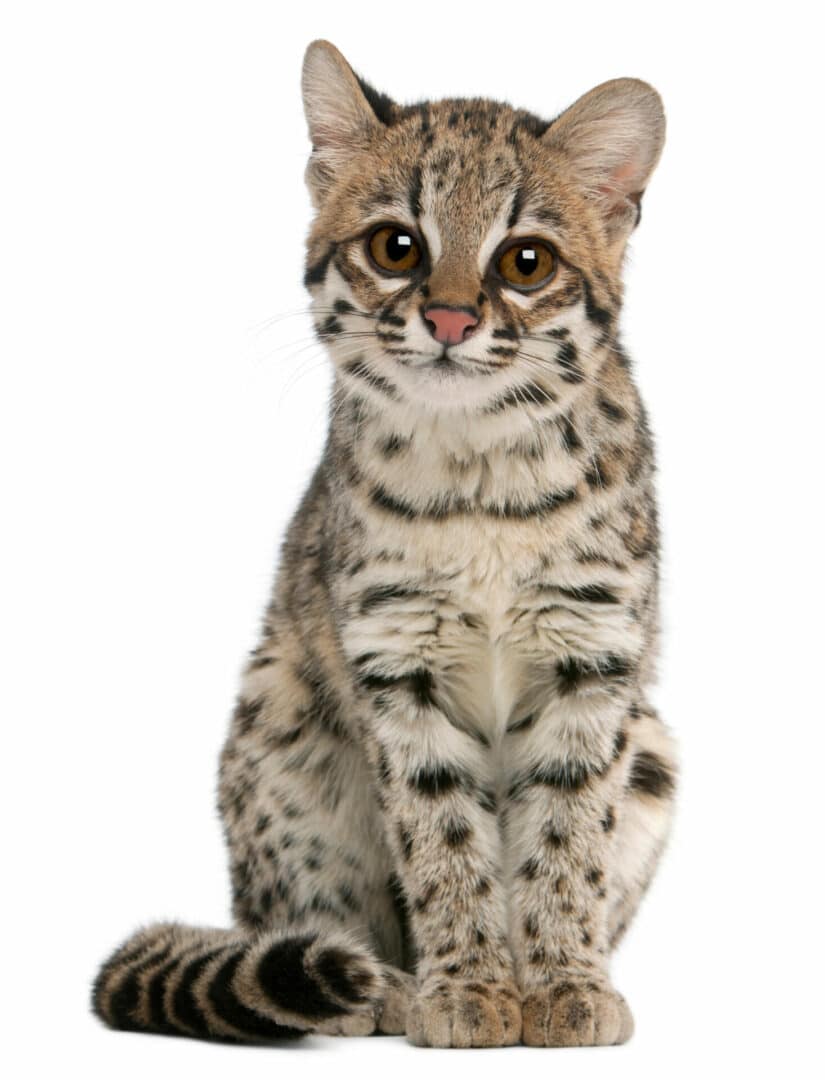 There’s more than just one type of Oncilla… 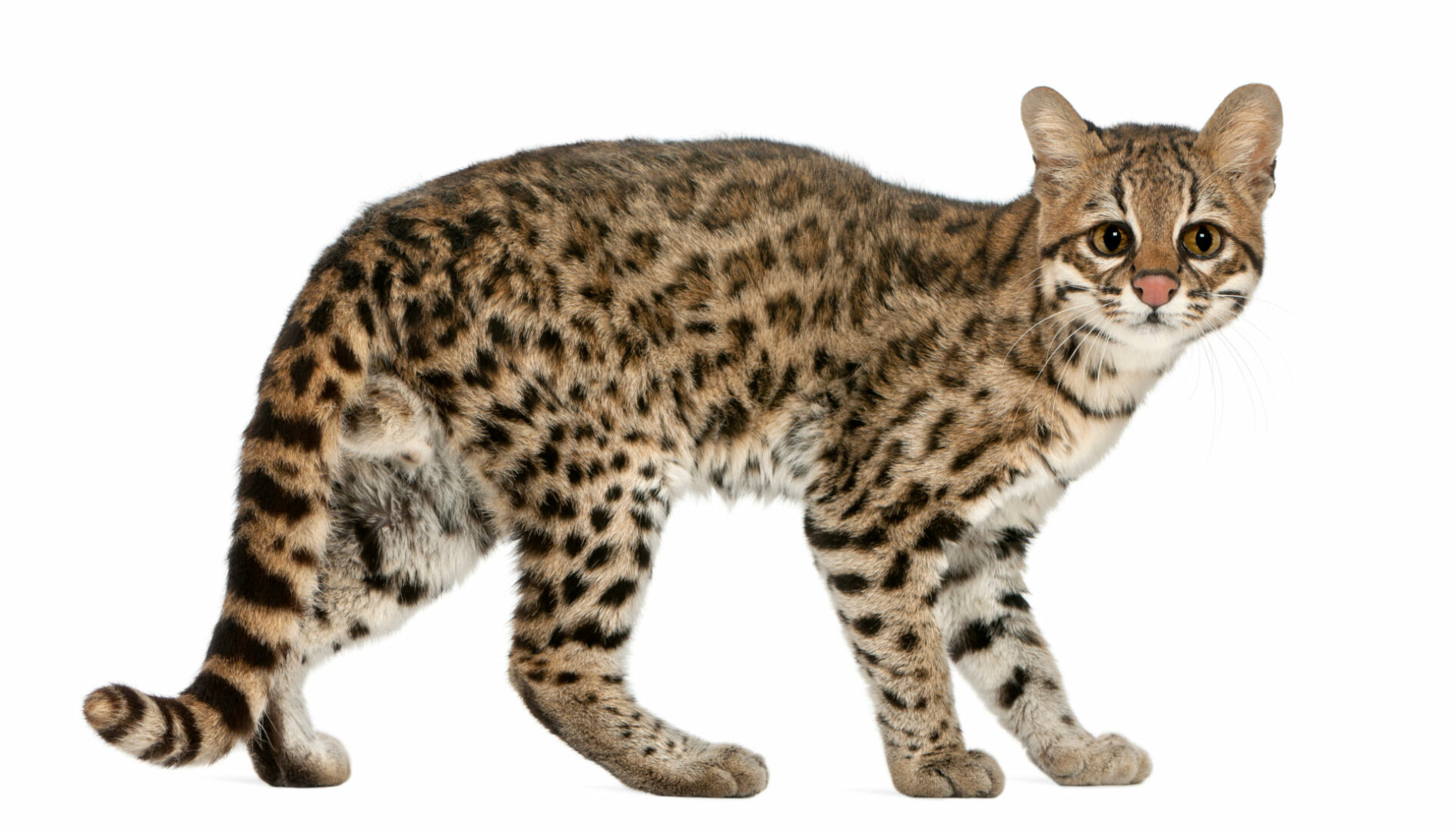 This wild cat also has a couple of nicknames

When it comes to nicknames for the Oncilla, it all has to do with this feline’s striking looks. The oncilla’s gorgeous spotted coat has a similar pattern to a tiger’s, lending this little cat nicknames like ‘little tiger cat’ or ‘tigrina.’ Isn’t that just adorable?

The Oncilla is smaller than the average housecat

Now, don’t be fooled – oncillas may be small, but their temperament can be as mighty as a lion. Oncillas are known for being pretty aggressive. So much so, they often cause a stir amongst each other. It is very normal for oncillas to fight one another. And, oncillas are not afraid of taking on a bigger animal either. There are reports that oncillas can kill animals much larger than them. 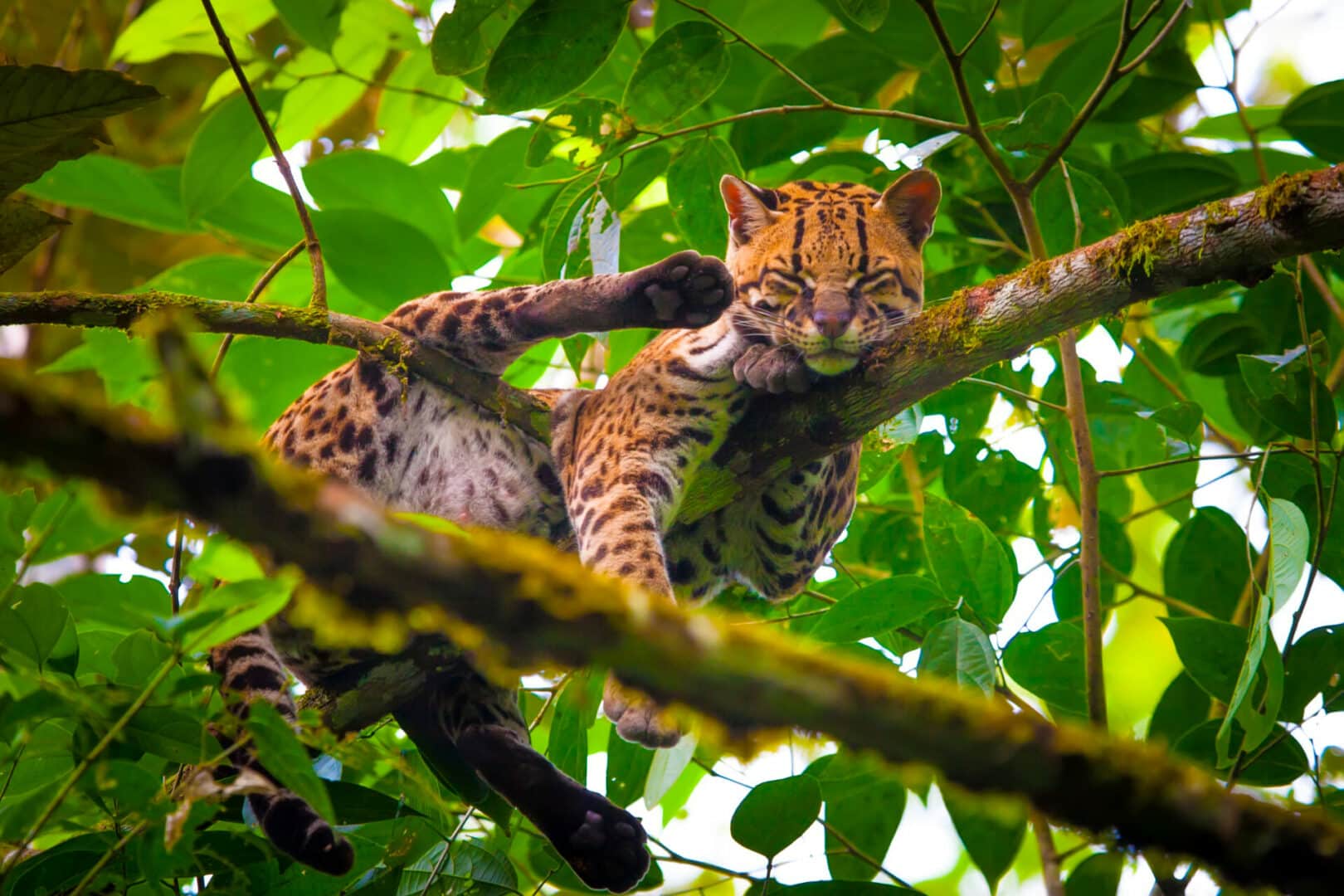 But, these cats do have a mighty appetite

Oncillas love to eat. Their diet consists of a variety of things, from lizards to squirrels. This is all due to the oncilla’s awesome climbing skills. There’s no way you can live in a rainforest without knowing how to climb (unless you have the body and jaws of a tiger.) Being skilled climbers is how oncillas are able to even eat things that fly. Yes, birds are often a perfect snack for these wildcats.

There aren’t a ton of Oncillas left in the world. According to the IUCN (International Union for Conservation of Nature,) these cute wild cats are on the Red List, listed as Vulnerable.

Why? Well, there are a few reasons. First, the Oncilla’s habitat has been subject to major deforestation. All across Central and South America, rainforests have shrunk due to direct intervention by commercial and residential development companies. Even more heartbreaking, these cats are still illegally hunted for their coats. Combined with the looming consequences of pollution, oncillas are fighting every day to stay alive.

The oncilla is more than a little spotted cat. It is a mighty predator that is an important part of the rainforest ecosystems in Central and South America. We’d love for you to share this post to spread awareness about the oncilla, and how we should aspire to protect them and the gorgeous rainforests they thrive in. 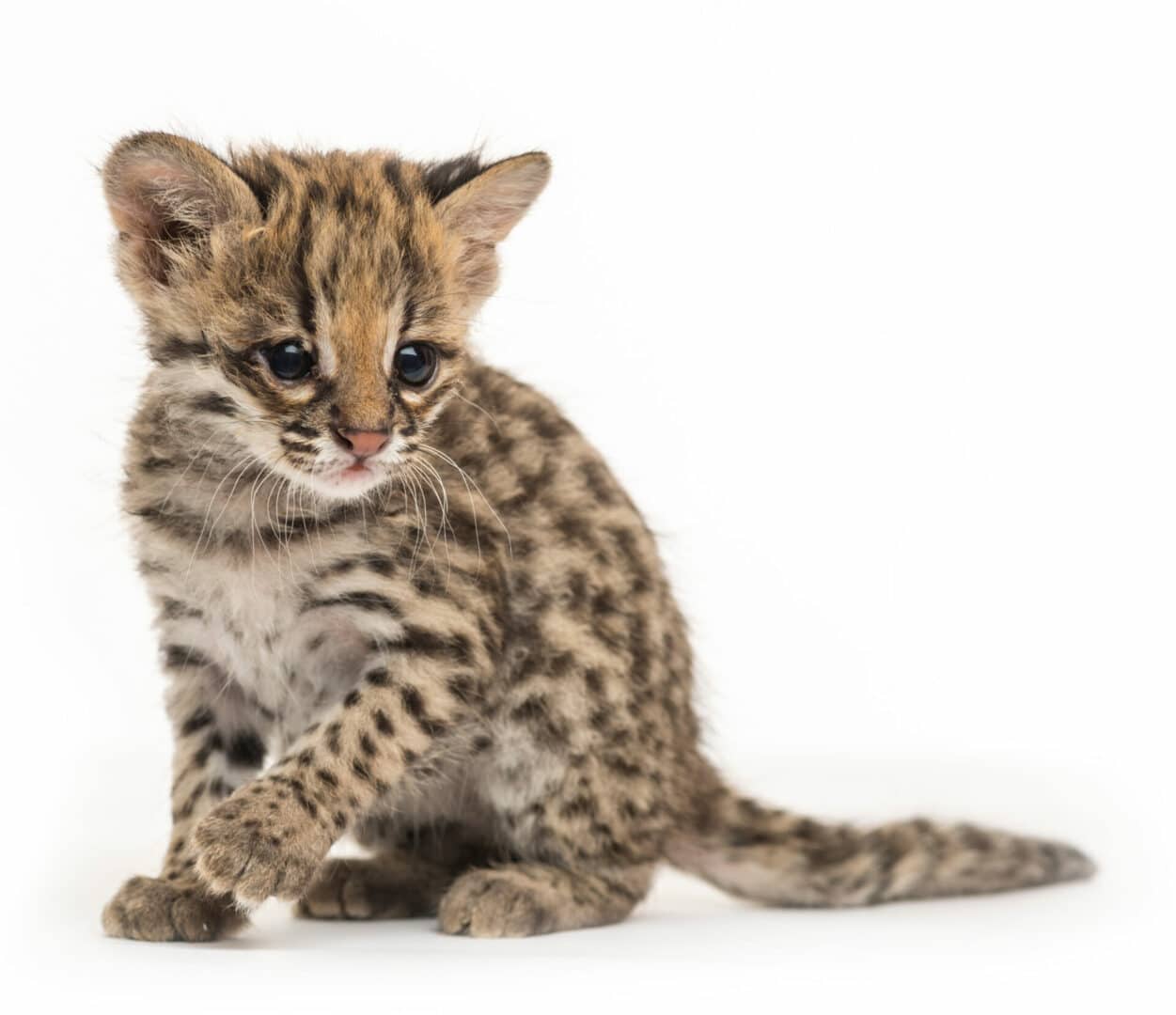 German Cat Photographer Makes Kitties Shine Like No Other