The Margay cat is a striking feline. Don’t mistake it for the Ocelot or Oncilla – the Margay is its very own species. It dwells among some of the world’s most beautiful forests, lurking among the trees. The elusive nature of the Margays makes it one of the most mysterious cats in the world. 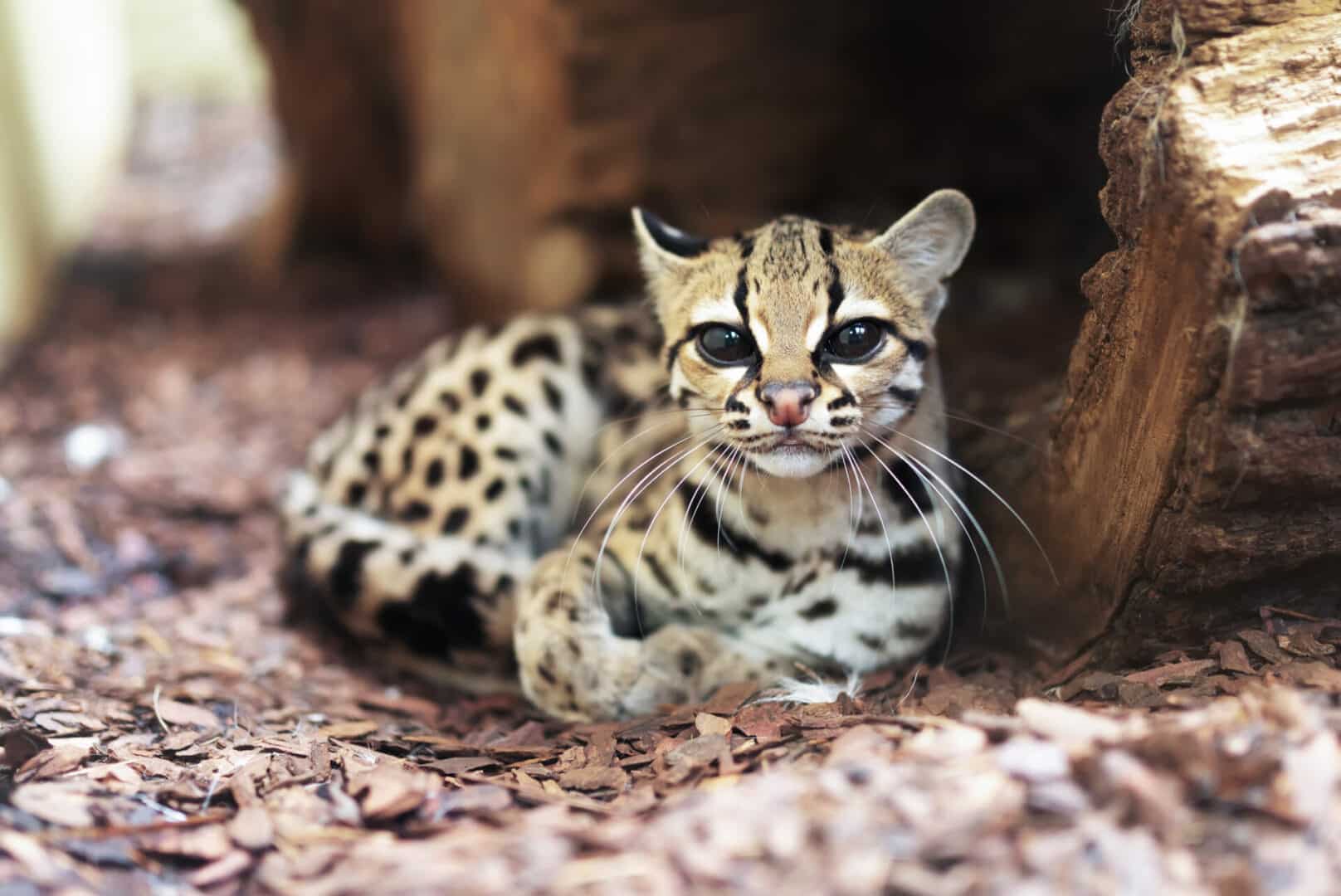 Let’s discover all the fascinating facts about the Margay cat!

This cat is extremely rare

The Margay cat isn’t one you’ll find lurking around in your backyard. Currently, no one knows precisely how many Margays there are in the world. There is a general idea, though. The ISEC (International Society of Endangered Cats) claims there might be around 1 to 5 Margays per 100 square kilometers of this cat’s habitat.  That’s still quite a low number, given the range of this feline.

The Margay and Ocelot are not the same

Many often mistake the Margay for the Ocelot, probably because these cats have spots and live in very similar habitats. But, these cats are two completely unique felines.

So, how do you tell these two kitties apart? One big distinction is body shape. The Margay has a smaller body and longer, thicker tail than the Ocelot. Margays weigh typically around 8 pounds, whereas Ocelots can weigh up to 35 pounds. That means the Margay is about the size of a house cat.

Another key distinction between the two felines is their way of life. Margays are arboreal carnivores, meaning they thrive in trees. This is why you will only find Margays in dense forests. Ocelots aren’t committed to either land or trees. These cats can live in forests or grasslands. 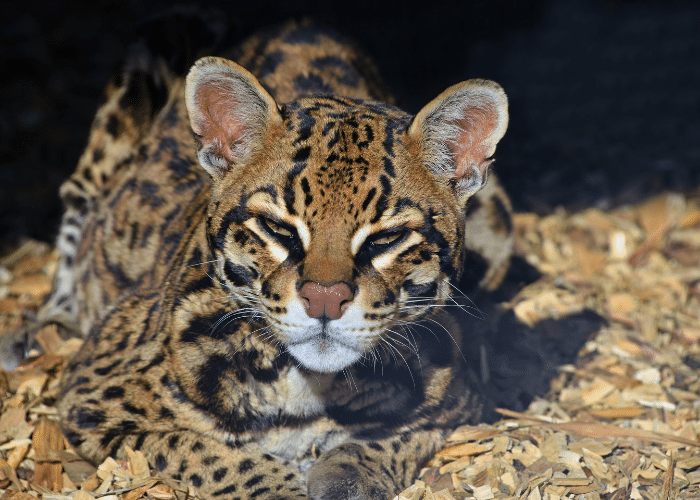 You can only find the Margay in Central and South America

Margay cats do not live just anywhere. You will only find this cat in the Americas, living anywhere from Mexico all the way down to Argentina.

As mentioned before, Margays primarily live in forests. These forests can be dry or tropical, as long as there are tons of trees to climb and prey to feast on. For a period of time, Margays did live as far north as Texas. Sadly, these cats are now extinct in the state.

Some say these are serial monogamous kitties…

There’s a lot of talk about how Margays are pretty solitary animals. Yet, during mating season, these cats are what some would call serial monogamists. Margays are known for having temporary partners, hunting, and sharing each others’ company for a limited period of time. This period lasts until the kittens are born when the male exits and the female becomes the sole parent. 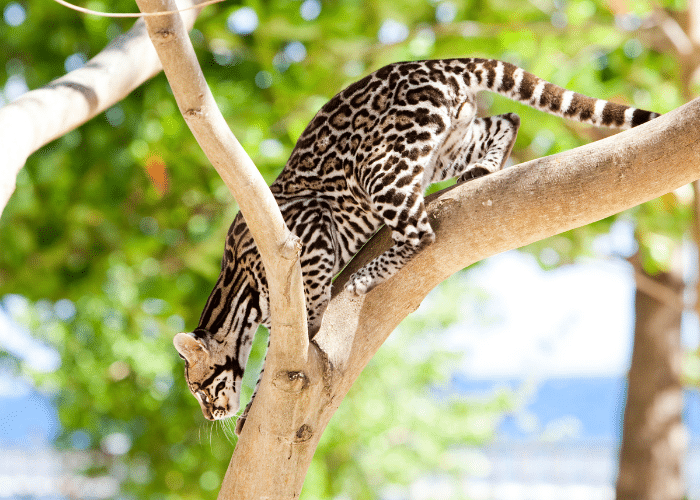 The tree-dwelling lifestyle of the Margay gives these cats some extraordinary skills. One that is wildly impressive is that these cats can twist their ankles a full 180 degrees. This trait enables these cats to successfully climb and travel from tree to tree. Margay cats and clouded leopards are the only cats with this insane amount of ankle flexibility.

Plus, these cats have beautiful tails

If you ever see a Margay cat, you cannot miss its tail. The Margay’s tail can be almost as long as its entire body. We aren’t joking –  this cat’s tail can range from 13 to 20 inches long while its body ranges from 19 to 30 inches long.

A Margays tail isn’t just used to stand out in the jungle. Its tail works as a balancing tool. It is thick and heavy, helping this cat find balance as it climbs and navigates trees. 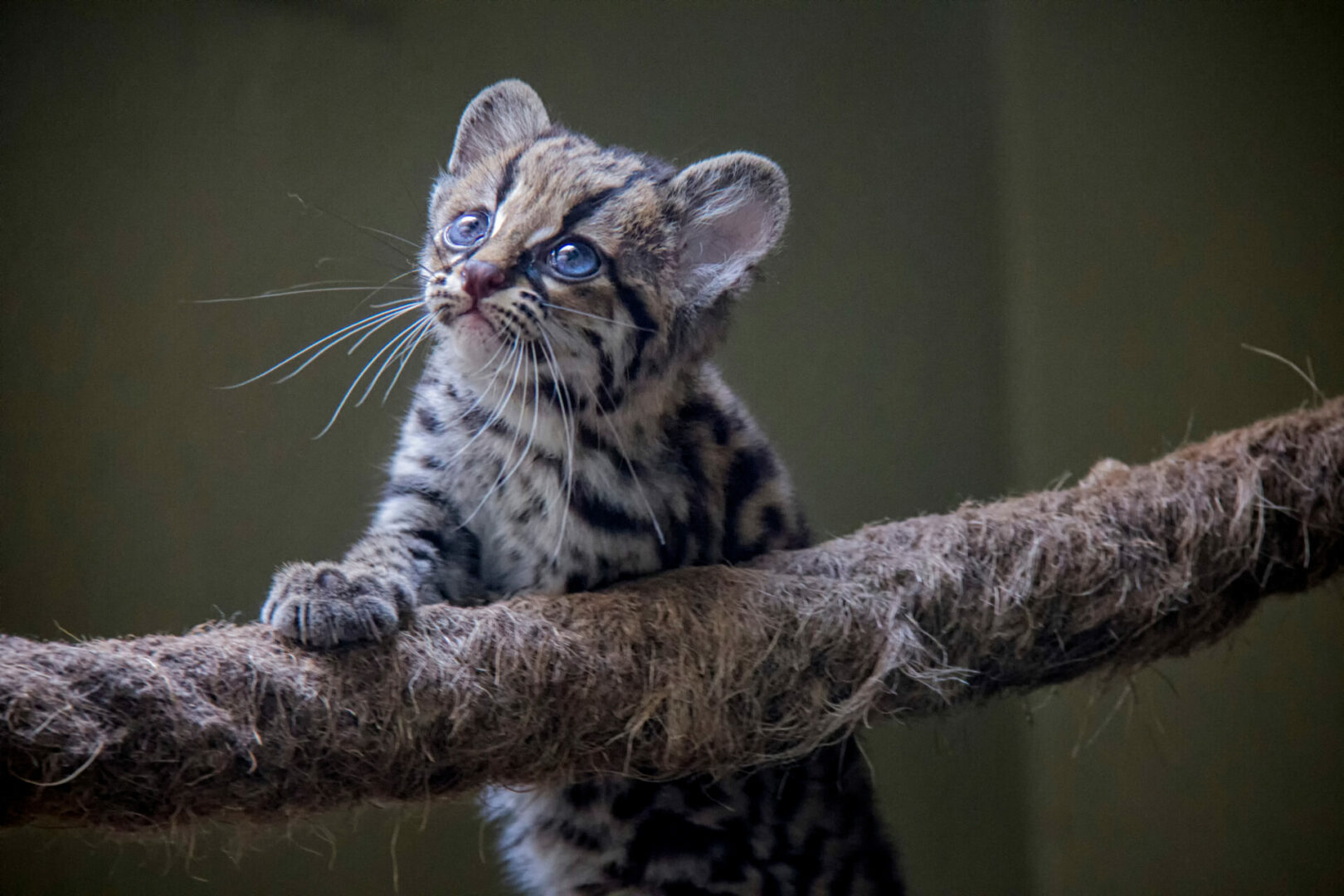 Protecting the Margay is a top priority

The uncertainty of the Margay’s population isn’t just because this cat lives in dense, forested areas. It is also because there are so few Margays left on Earth.

Strangely, many conservationist organizations have different interpretations of Margay’s endangerment status. No matter if these cats are considered ‘Vulnerable’ or ‘Near Threatened,’ there’s no doubt that these gorgeous felines need more support for future survival.

This doesn’t mean adopting a Margay, as these kitties as definitely wild animals. There are various organizations working to stop deforestation efforts in the Amazon and other parts of South America.

Have you seen a Margay cat before? Or love them just as much as we do? We’d love to hear all your thoughts on this remarkable feline. It deserves more of our love and attention! 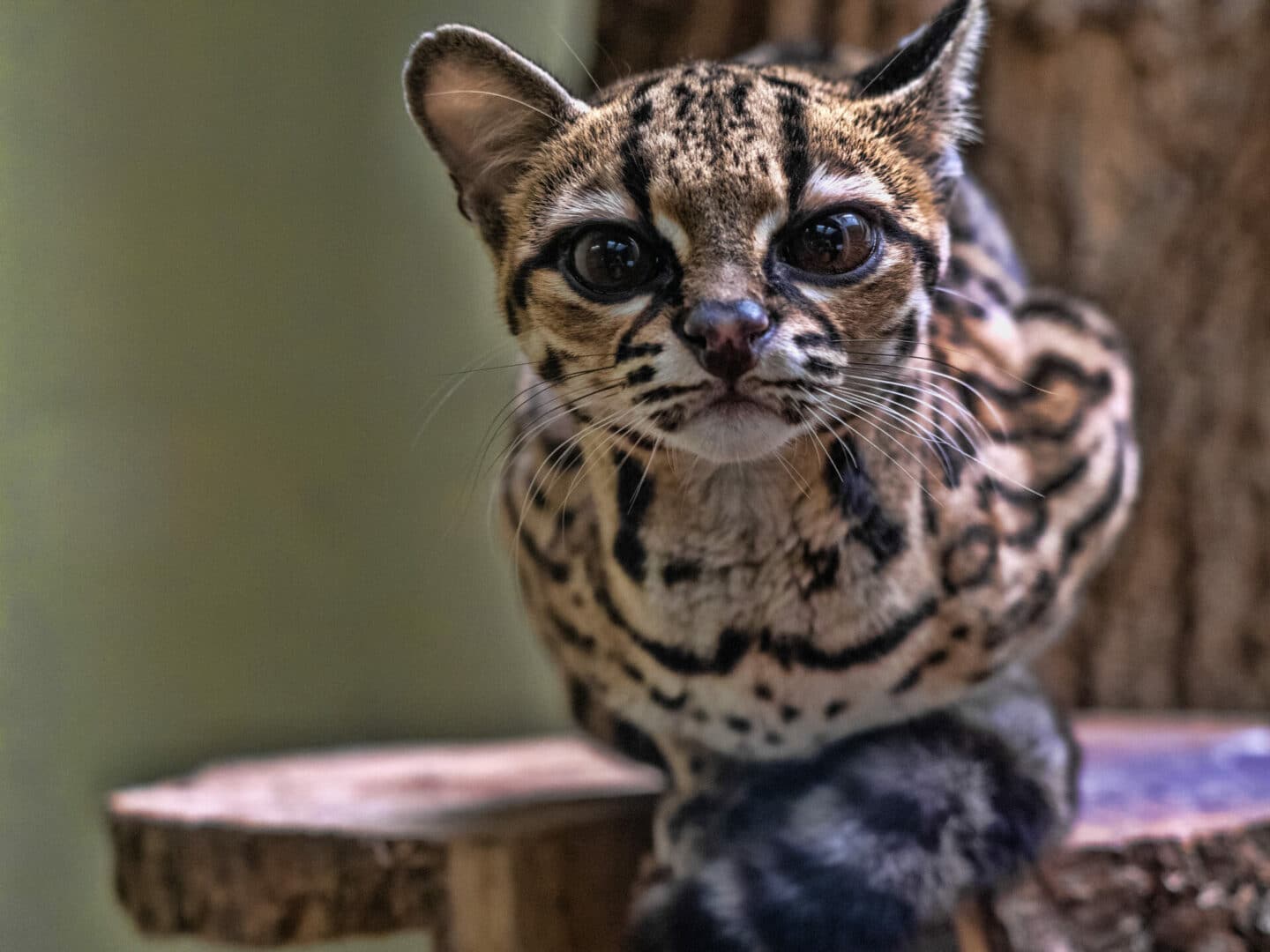