Home Cats Meet The Sokoke: The Rarest Cat Breed In The World
Cats

Meet The Sokoke: The Rarest Cat Breed In The World

There are many unique and unusual cats in our world, but only one is the rarest. Meet the Sokoke, the rarest naturally-occurring cat breed in the world. You can’t find this kitty just anywhere. In fact, this domesticated cat breed used to only be found in one single part of the world…

Continue reading to learn more about the Sokoke Cat! 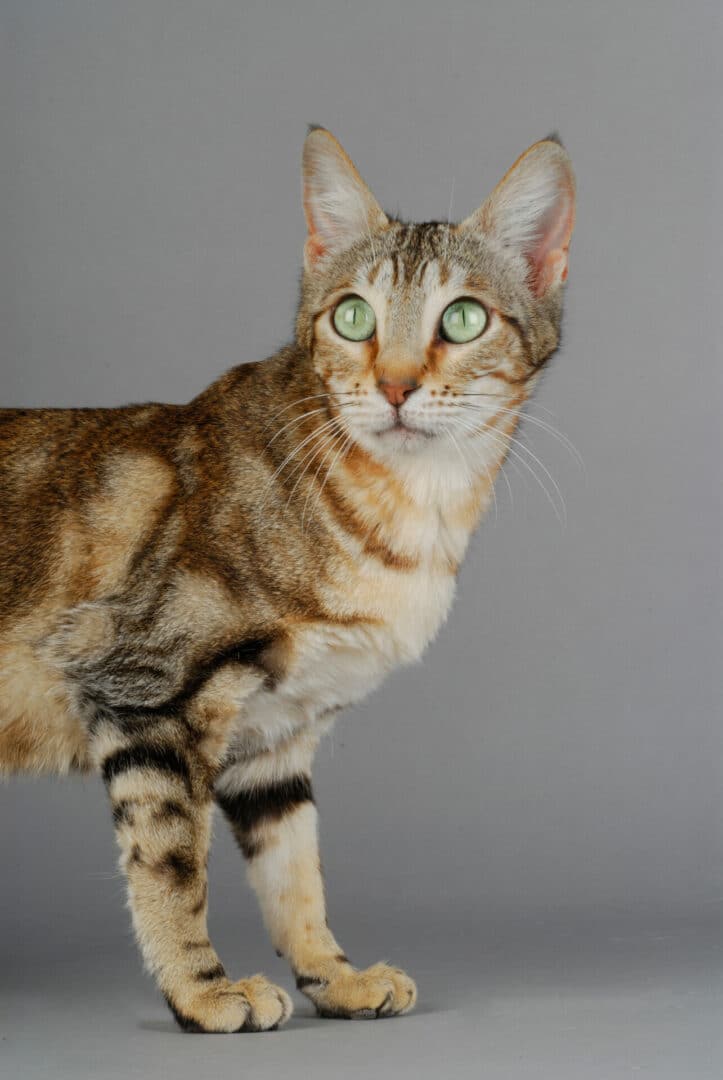 They were once believed to be hybrid kitties

The Sokoke cat has a very distinct look. Its physique stands out among other domestic cats, causing many to believe that this cat is a hybrid of a domesticated and wild feline. But, that is not true at all.

This cat is its very own breed. Its unique origins are behind its unmistakable look.

The Sokoke was once a wild cat, but not anymore

These cats originated from a small region in Kenya, where their ancestors used to roam alongside local tribes. Their look fascinated local peoples, who called these cats ‘Kadzonzo,’ meaning looks like tree bark.

This makes sense, as these cats have a ringed pattern of lines on their sides. A Sokoke’s fur most likely helped them camouflage, as these cats are quite the hunters. They are very strong and move extraordinarily quickly so that they can make the perfect catch. 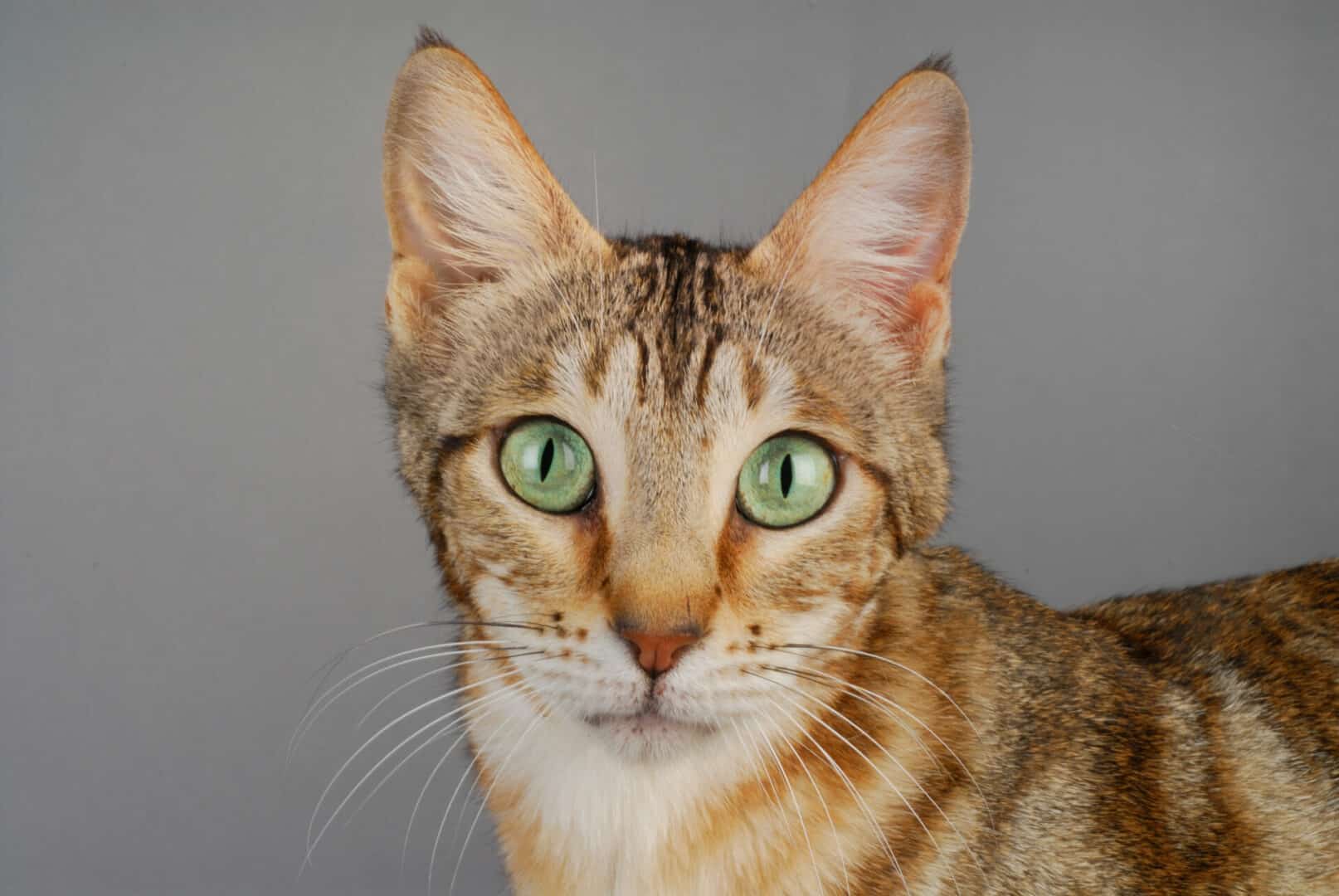 It gets its name from a rainforest

The Sokoke cat isn’t from just anywhere in Kenya. This cat comes from the Arabuko-Sokoke Forest Reserve, located on the Kenyan coast. It is a protected National Park.

Back in the 1970s, the wildlife artist Jeni Slater found a litter of mysterious kittens in her garden. Curious about the kittens, she brought them to Europe to raise them and learn more about these unique kitties. With not much known about the obscure breed, it was only natural that the cats were named after their birthplace.

This cat is a true tabby

Tabby cats are everywhere, and Sokoke is one of them. This particular cat breed is a brown ticked tabby, with the distinctive ‘M’ marking on its forehead. There are Sokoke snow tabbies as well, although these are even rarer. 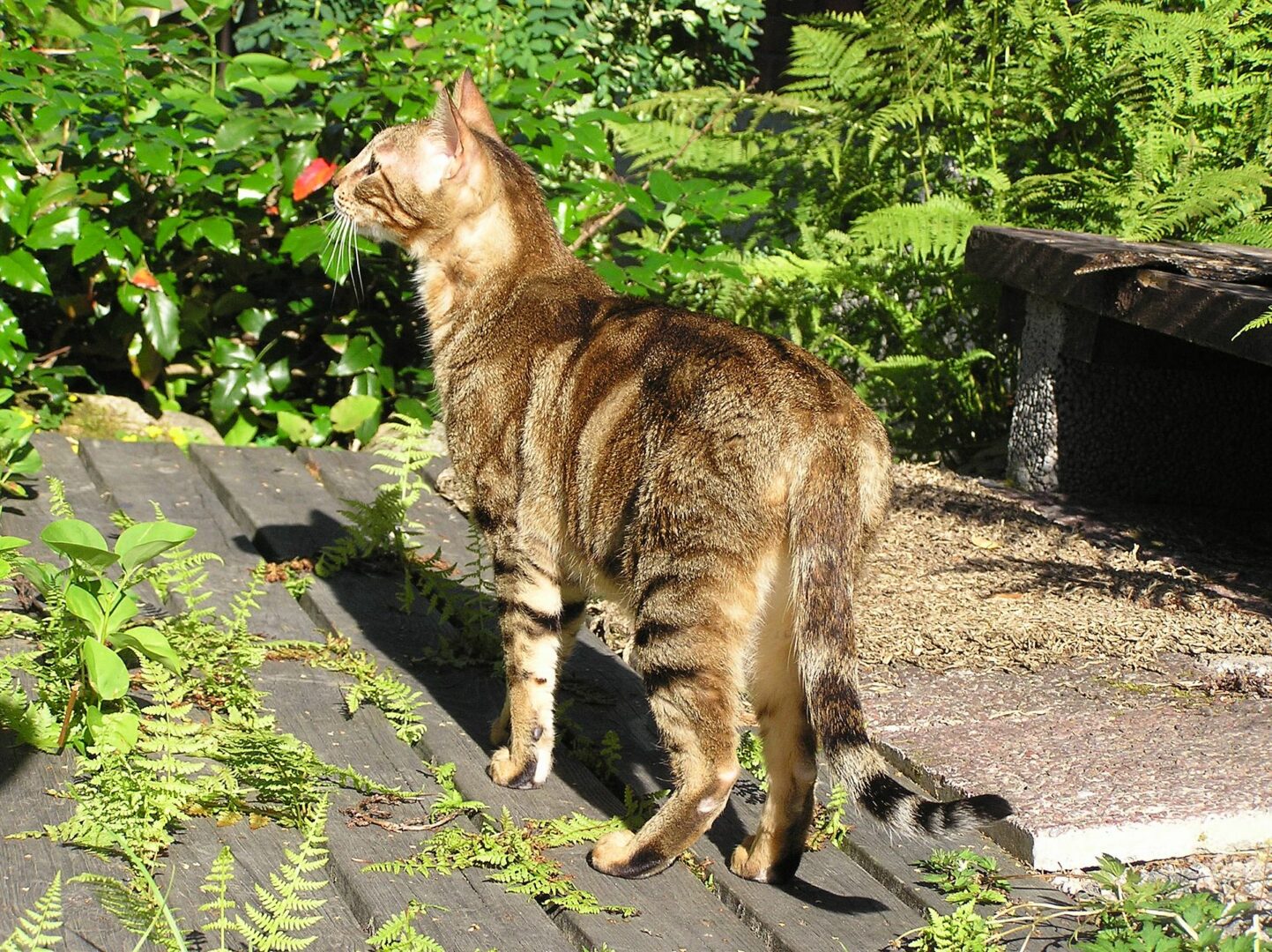 The Sokoke has a very short coat

When it comes to short-coat cats, the Sokoke is a prime example. These cats either barely have an undercoat or do not have one at all. That means grooming a Sokoke is super easy.

Such a short coat shows off the Sokoke’s lean and muscular body, making them look more like their wild cat ancestors.

But, that doesn’t make the Sokoke any less elegant!

A short coat is one of Sokoke’s best features. Not only does it make them low-maintenance cats, but it also highlights how elegant these kitties are. Their gorgeous fur is glossy, with their ticked fur pattern shining in the light. The Sokoke moves gracefully, like a little gazelle, and it’s only more apparent with their neat coat! 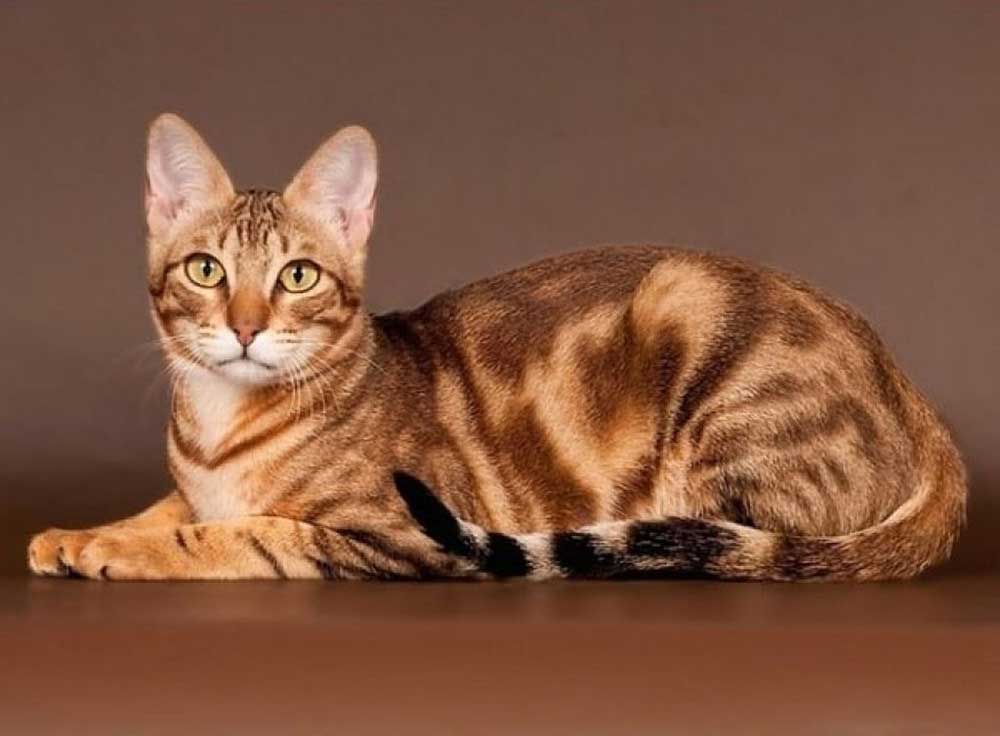 This cat breed is as witty as can be

What many adore about the Sokoke is just how smart these cats are. They lead with their curiosity and are always up to something that makes us humans very inquisitive.

Sokoke cats also pick up on new tricks and games very easily. Many even compare the Sokoke to well-trained dogs. We aren’t kidding – these cats love to learn how to play fetch, especially when it involves their favorite toys.

And, the Sokoke is a best friend for life

One of Sokoke’s best attributes is its personality. They aren’t just wildly intelligent cats. They are also incredibly friendly too! So much so, that they absolutely adore spending every moment with their human.

Some say this makes Sokokes even more like dogs, as these cats very commonly follow their humans around wherever they go in the house. Even more so, Sokokes love to talk too. They’ll meow up a storm to express to you their feelings. This all makes Sokokes great best friends, ones that you can always rely on and even tell your secrets to.

Have you ever seen a Sokoke cat before? Or maybe you’re lucky enough to have one at home? If so, we’d love to hear all you have to say about this mystical cat breed. It’s a dream for all of us cat lovers to meet a Sokoke or even call one family!