The life of a cat behaviorist must be an interesting one. Cats are a most interesting subject and dedicating your life to helping cats and the people who share homes with them is rewarding in and of itself. I recently came across Marjan Debevere on Instagram, who you might already know and recognize as The London Cat Behaviorist. She was kind enough to answer my questions I figured other dedicated cat moms and dads would want to know, and you’ll also get to feast your eyes over her own clowder of precious felines! 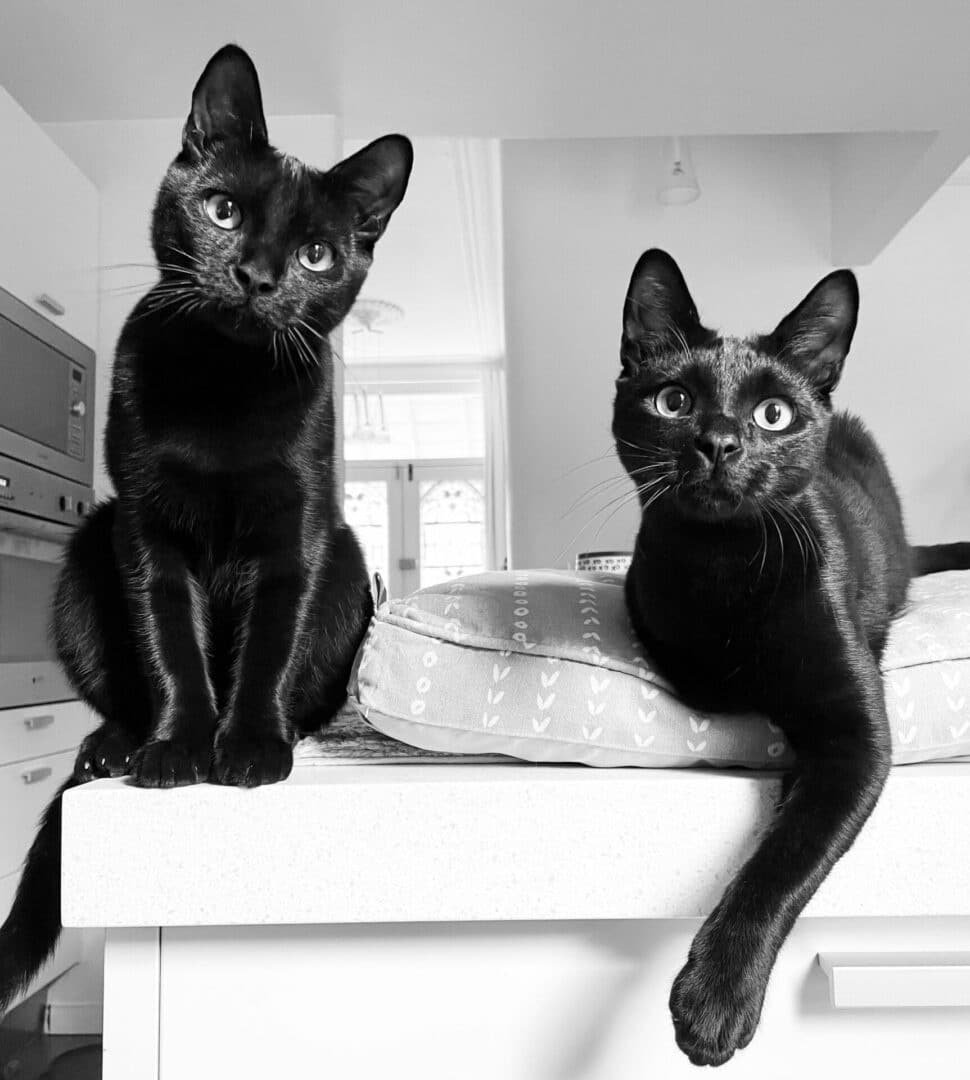 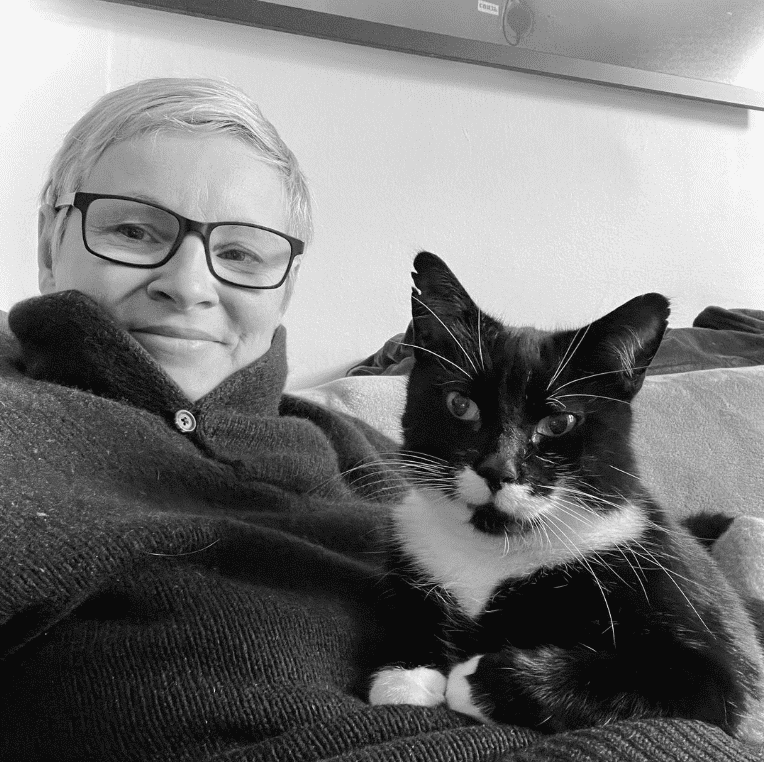 What inspired you to become a cat behaviorist?

I decided to become a feline behaviourist 7 years ago whilst volunteering at a rescue centre. It was pointed out to me by a member of staff that I had a special affinity with cats and I should explore the possibility of working within animal welfare. At the time I adopted a cat that had been abandoned as a five week old kitten, dumped in a black bin liner left to die but rescued by a bin man. Clive came with his own set of challenges and I made it my job and passion to give Clive as well as all our other rescue cats the best lives they could possibly live. It appeared I could communicate with cats on a deeper level than most people. Through working as a volunteer photographer and socialiser, I developed a great interest in Feline Welfare, Behaviour and Psychology. It also became apparent that I truly had “a way with cats” that became a great asset to the rescues I spend time in. I decided to leave my job in TV production and advertising and go back to college at the age of 43 qualifying at the age of 47. Too many cats are relinquished to shelters because of often easily-fixed behavioural issues and I wanted to be part of the solution, to break the cycle of cats ending up back in shelters. I’m passionate about rescue cats and offer a 20% discount for rescued cats in my practice. In my humble opinion, we have to start with welfare at home so fewer cats end up at shelters in the first place. 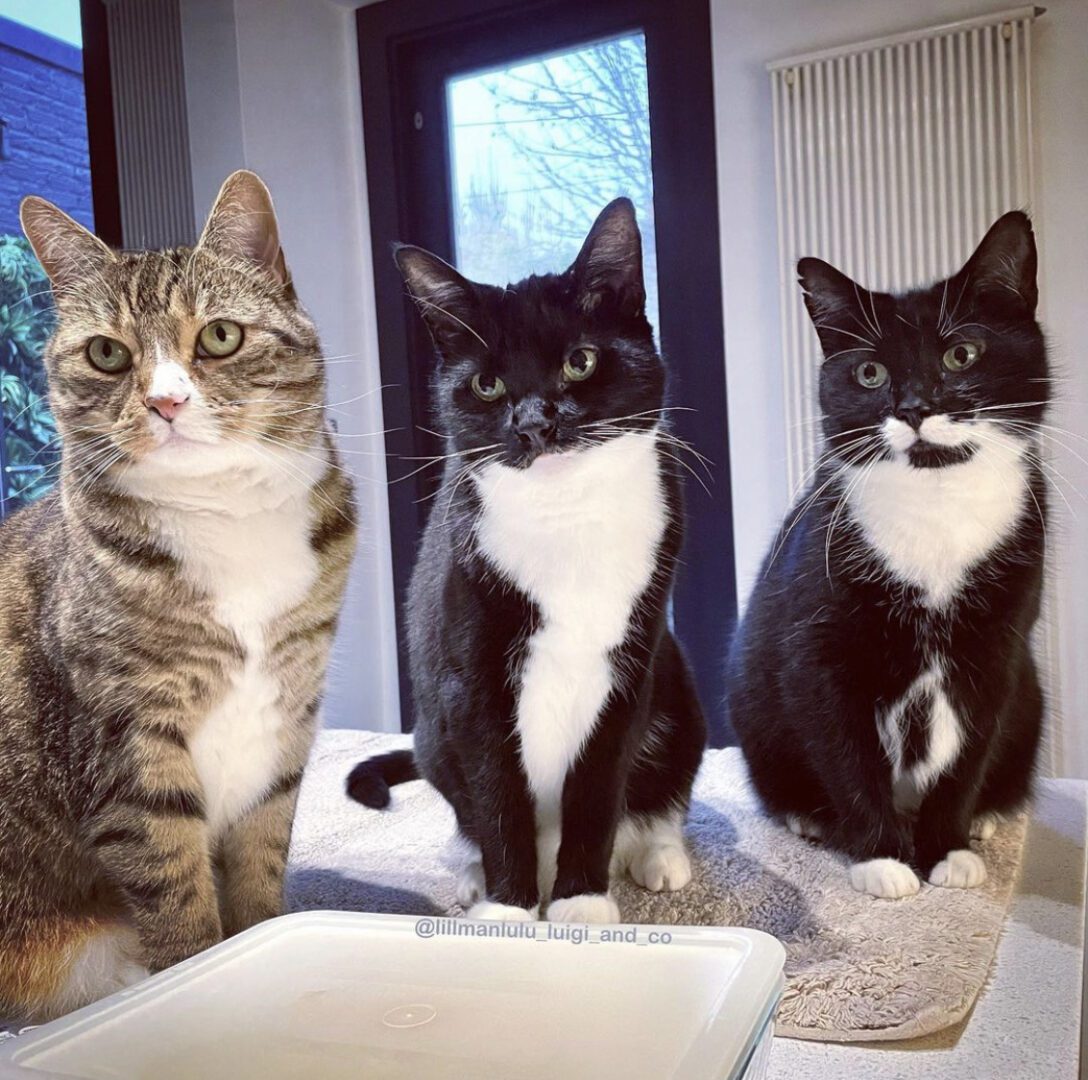 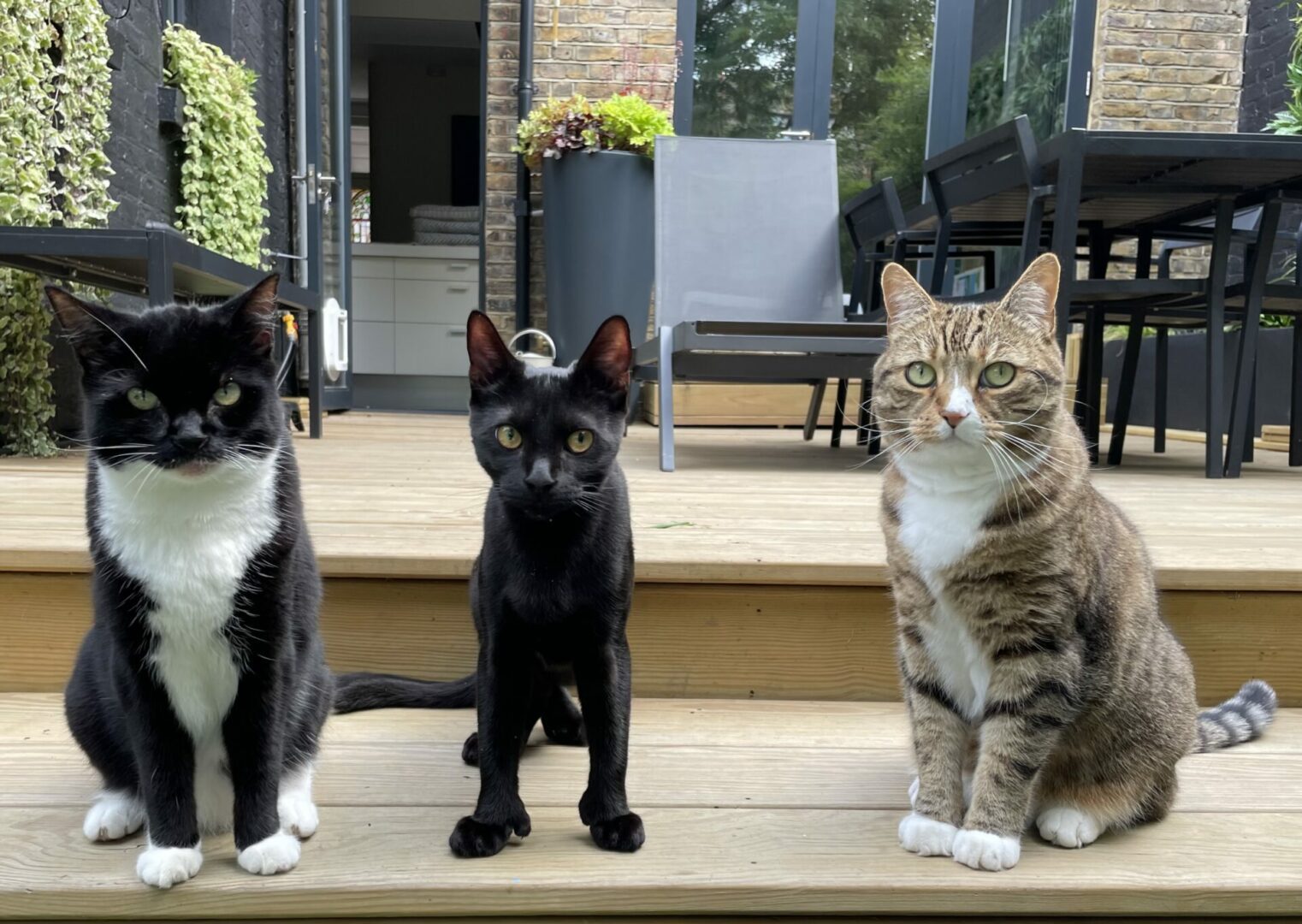 What’s something you’d like for others to better understand about cats?

I wish people would understand that cats although solitary hunters are not solitary beings. Most cats love company but this does not mean they like to be manhandled, mollycoddled or forced to live in close quarters with others without some access to privacy, peace and quiet. Cats are sentient beings, meaning they are able to experience feelings and emotions just like us so it’s important to recognise and respect the cat’s needs and to allow them to be just cats. All too often we ignore the cat’s emotional needs and prioritise our own needs and wants. Cats take their cues from the people they live with so it’s not uncommon for a depressed and/or anxious owner to end up with a depressed and/or anxious cat. Cats like to be in control of their environment so it’s important if not vital that cats are left in control of their choice making. What I mean by that is that cats should be left to choose when they want to interact and approach you and not the other way around. A happy cat is one that is in control not one that is being subjected to unwanted attention from members of the household. Most behavioural problems arise when the cat’s needs are not taken into consideration. Although there are breeds like the Ragdoll who are specifically bred for their easy-going disposition and don’t mind being picked up, most cats absolutely detest being picked up. We can avoid a lot of unwanted, stress-induced behaviours by simply not picking our cats up and allowing them to come to us for affection at time of their choosing. What some people don’t realise is that an ignored cat is one that is much more likely to approach than a cat that is being stared at. People who are allergic to cats and those who dislike them always complain they attract cats. The reason why is because they go out of their way to avoid eye-contact with the cat which makes them much less intimidating to a curious feline. Respecting your cat’s personal space will go a long way towards creating a happy environment for your cat to thrive in. 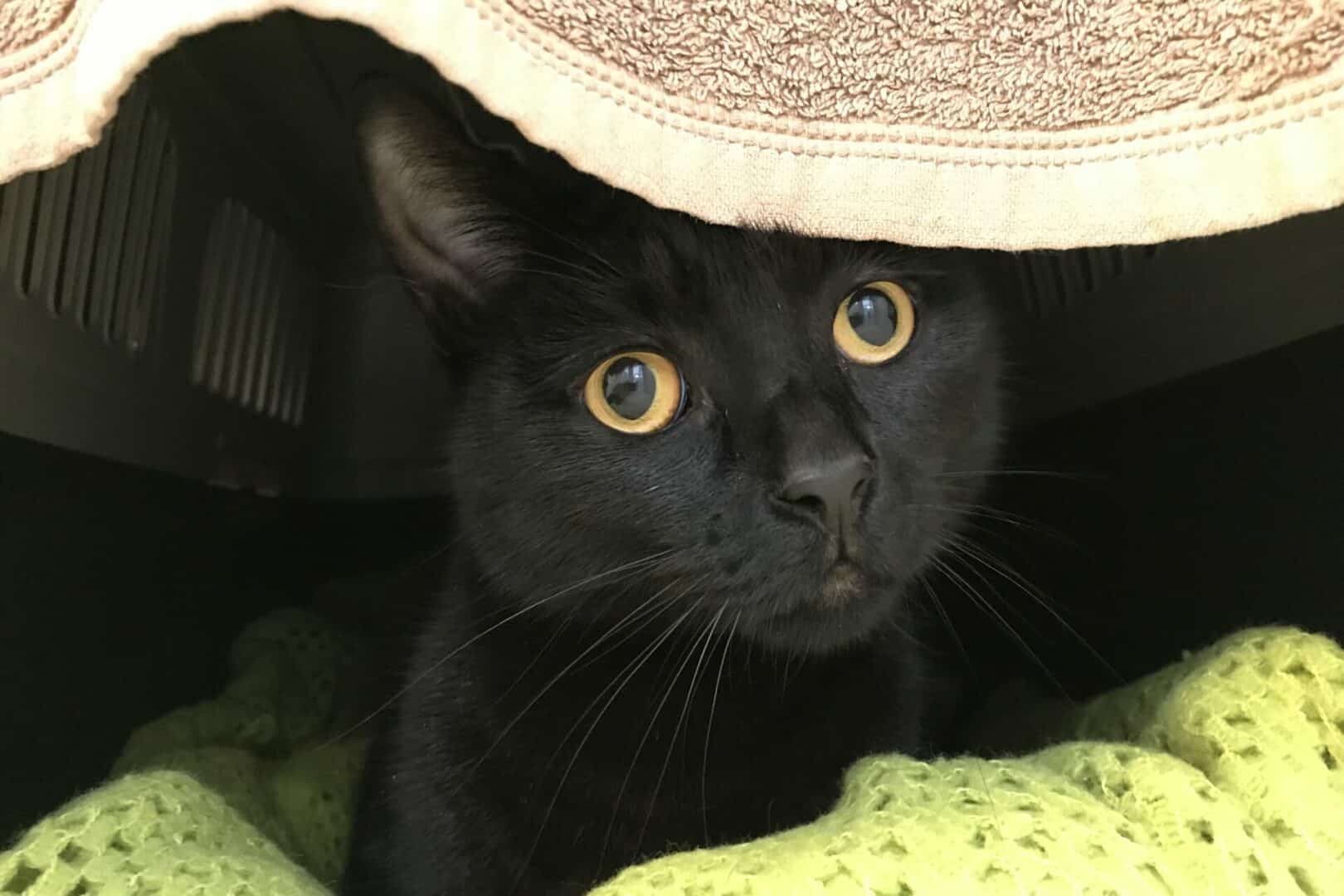 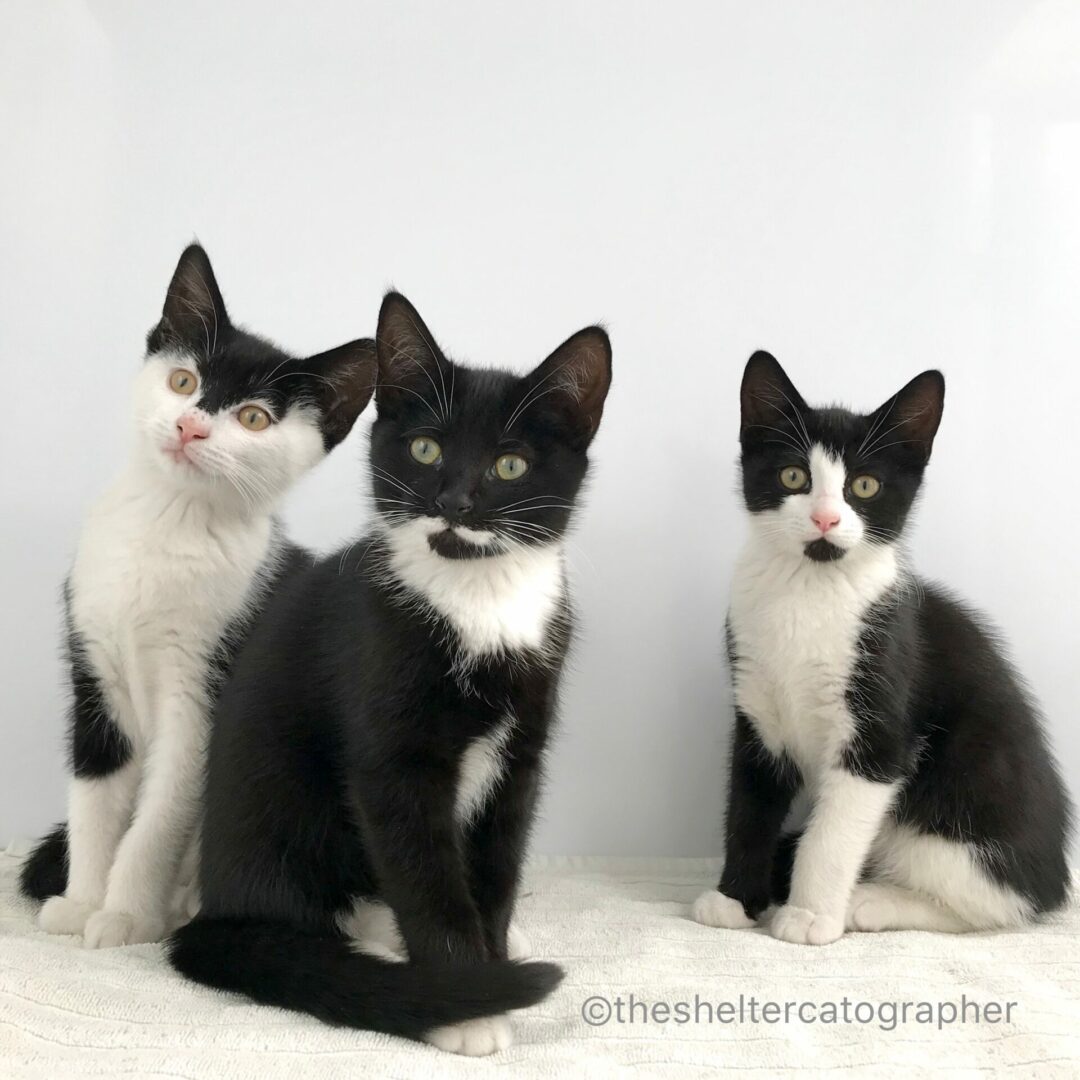 Can you tell me about your work as a shelter cat photographer?

I started volunteering in shelters 11 years ago after having adopted Hula and Clive as a pair from the Mayhew Animal Home in London. I became a regular cat socialiser and photographer having photographed in excess of 3500 cats over the space of 8/9 years in three different shelters, including Battersea Dogs & Cats Home, The Mayhew and Wood Green Animals. When the COVID-19 pandemic hit in 2020 I was no longer allowed/able to volunteer at my local shelter to protect the staff and then unfortunately the London branch closed down never to reopen again so I have not been able to take any shelter photographs since then. I am hoping that a new shelter will open near my home so I can get back into shelter photography which I find an incredibly rewarding to do. 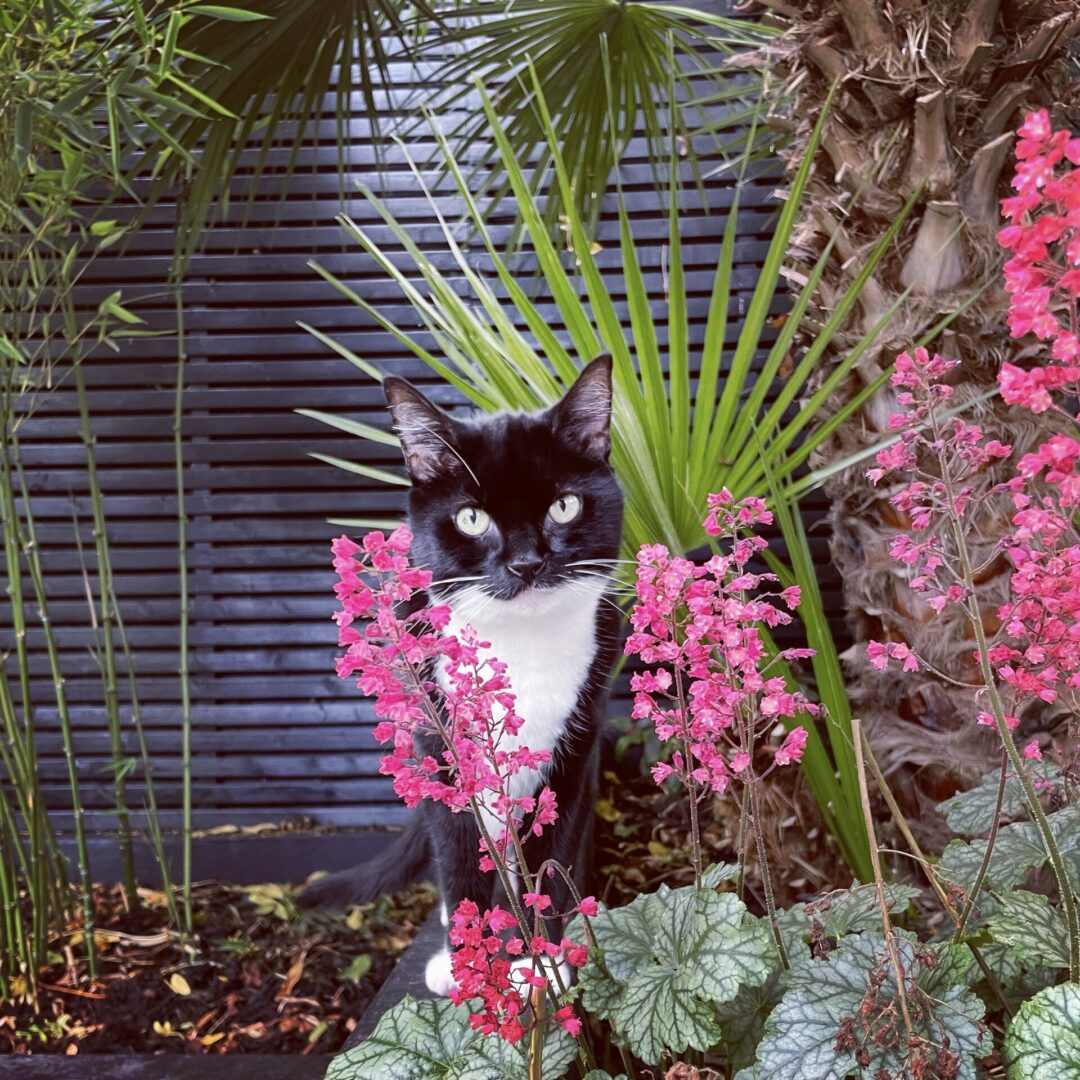 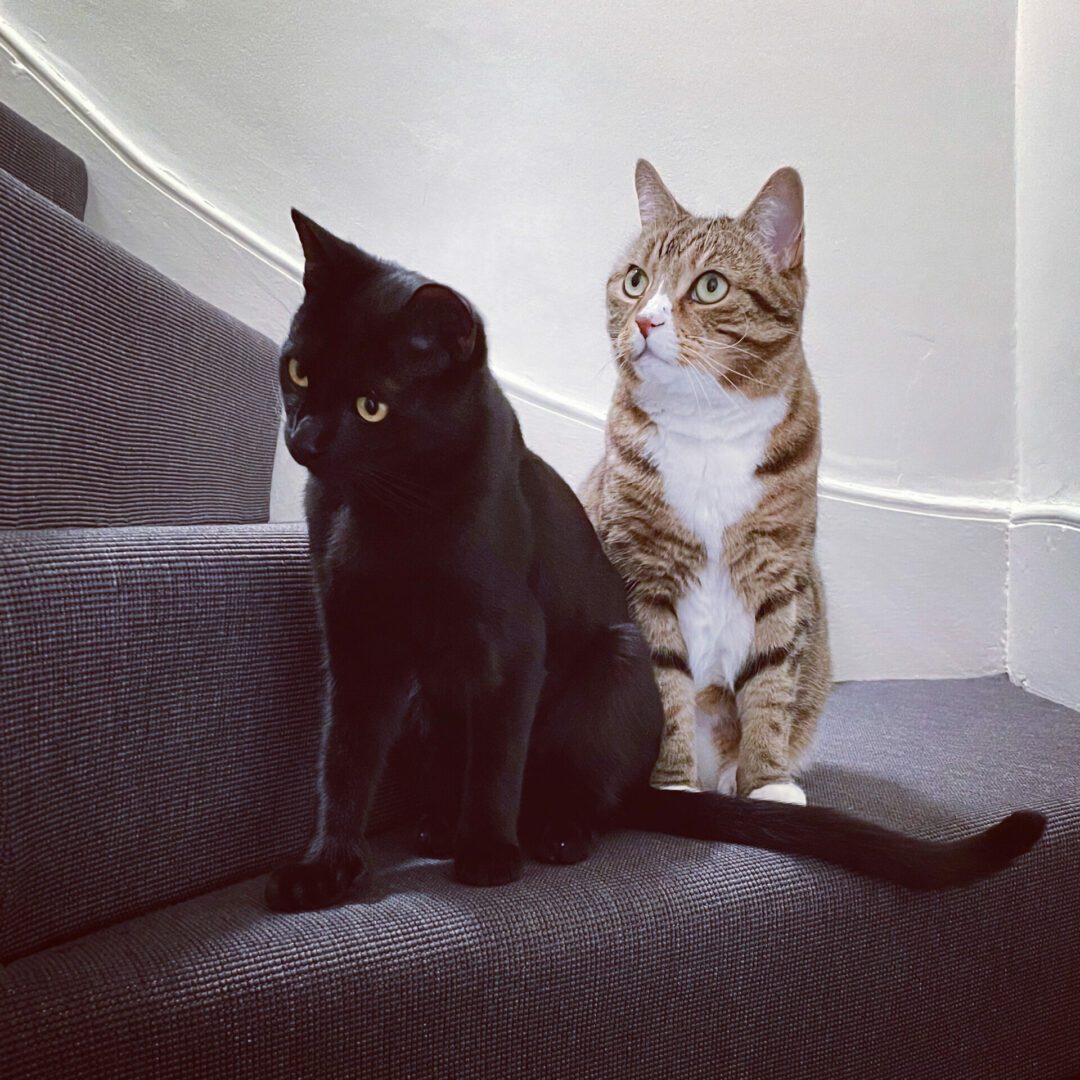 What are the most common issues you see regarding cats and their owners?

The most common issues I see in my practice are inappropriate urination/ defecation within the home and cases of redirected or territorial aggression. Many of these unwanted behaviours are due to a lack of resources & enrichment and an insistence of the owners to manhandle their cats when their cats just want to be left alone. Scratching of furniture and carpets is a very common occurrence too. All too often people fail to provide the cat with a decent scratch post so the cat is left with no other option than to use the furniture to maintain claw health and general physical health. Cats need to be able to stretch their spines and “wake up” their muscles after sleep. When cats sleep, their blood pressure drops to a level that allows for deep sleep and muscle relaxation. When they wake up, the first thing a cat does is stretch. This action creates a surge of red blood cells, activates the muscles and increases the blood pressure back up to normal. The second reason scratch posts are so important is claw maintenance. Ever noticed the discarded claw husks around the base of a scratcher? Scratching a (cat) tree strips away the dead, outer-layer of your cat’s claws and reveals the new, much sharper and healthier claw underneath. Lastly, scent marking. Cats have interdigital (between their toes) scent glands so scratching and scent marking a cat tree lets everyone know this is the cat’s territory. It also gives the cat a sense of safety and belonging when it is able to mark its own territory. I’ve also noticed that polydactyl cats (cats with extra toes) like our Ted use scratchers even more than our other cats. Those extra claws need extra conditioning I guess. When buying scratch posts, it is vital that the post is STURDY & TALL and is placed on a level, solid surface. A flimsy, wobbly scratcher is of no use to a cat. They need to be able to stand on their hind legs, fully stretch their body and get great purchase without it wobbling. So my advice is to buy a scratch post as tall and heavy as you can find/afford. Some cats prefer horizontal scratchers (those who go for clawing your carpets & rugs) whilst others prefer vertical scratchers, (those who go for your furniture and door frames). It’s important to provide both types and have more than one in your home, especially in a multi-cat household. 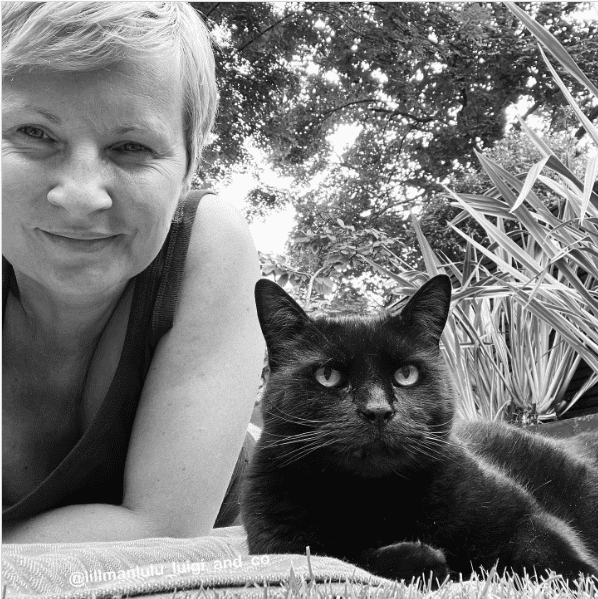 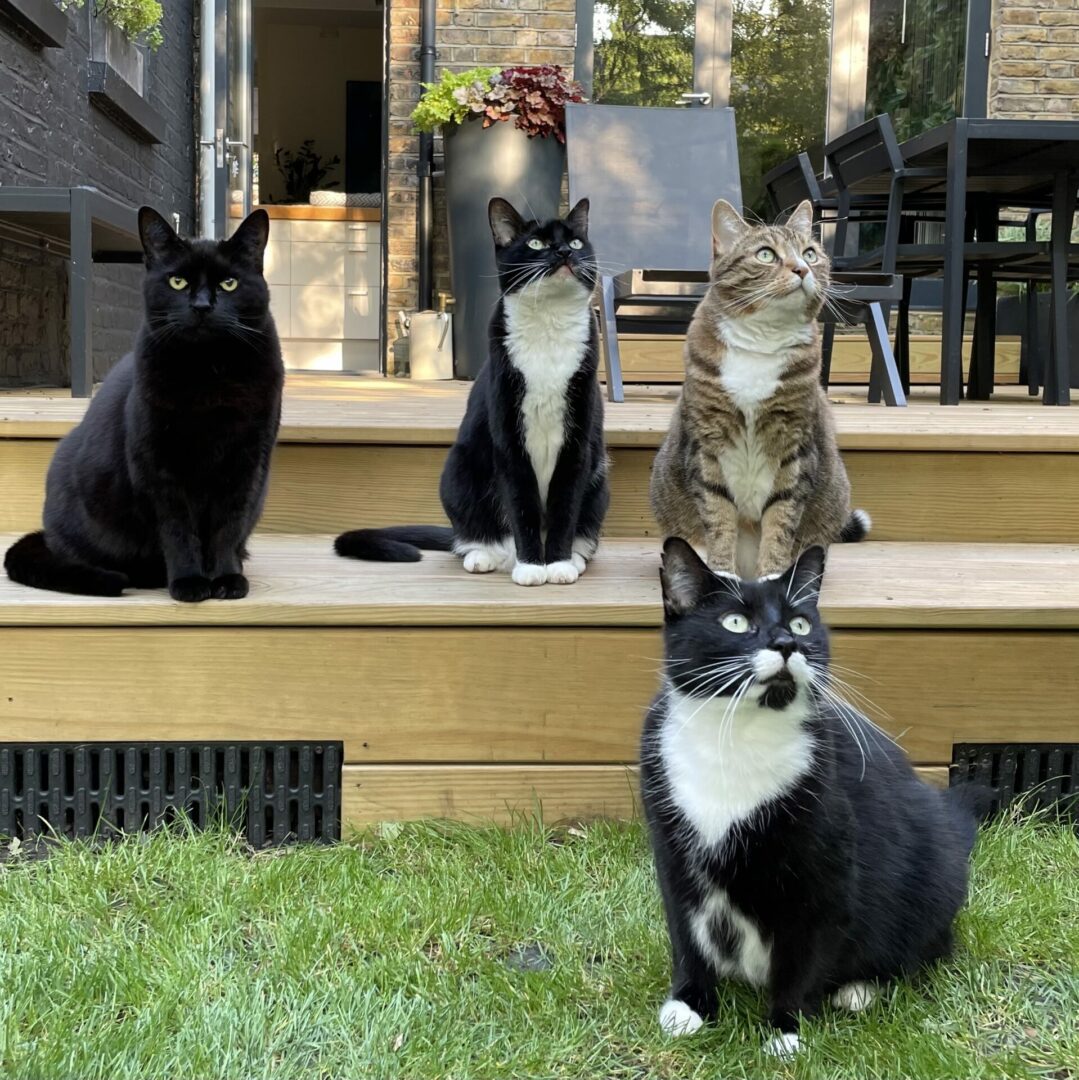 Can you please tell me about your own cats?

We currently have five cats. First up Miss Hula, an 11-year-old Tuxedo cat who runs the show. Hula was born at The Mayhew and at the time was paired with Clive who had been found in a black dustbin bag and left to die at five weeks old. They were put together in a cabin and became inseparable buddies until Clive passed away last December. The very first day I started volunteering at The Mayhew, I was “chosen” by Luigi, another Tuxedo cat who is the rebel, life and soul of this clowder. His middle name is “Naughty”. He is about to turn 10 in December but shows no signs of slowing down with the silliness. I hope he never does. And then there’s Archie, 8 years old, the sweetest Tabby Tux who moved in from next door when he was about six months old. One night, my husband and I woke up in the middle of the night with him sprawled out on his back between us. Archie had decided that he wasn’t going home again. We did try to convince him to go back home, but in the end it was decided by the previous owners that he would be much happier with us, so we officially adopted him when he was just over 1 years old. The latest additions to our crew are 9 month old Bill & Ted (who are having an excellent adventure). Another 2 rescue cats we adopted at 3 months old from the Mayhew Animal Home. Anyone who follows us on Instagram will know that these two are real characters, especially our polydactyl Ted who is making the most of having those extra thumbs in all kinds of naughty ways… Black cats are always the last to be chosen in shelters so we fly the flag high for black rescue cats. To share your home with these stunning mini panthers is a privilege. Why anyone wouldn’t want them is beyond me.

I’d like to give a special “thank you” to Marjan for allowing me to share her story, brilliant advice, images, and lovely cats with all of the Cattitude Daily readers. For more on her—and her cute kitties—be sure to check out her website and social media accounts below.

Tips for Selecting a Cat Sitter You Can Trust