The Malayan tiger is a gorgeous breed that lives in the rainforest of the Malay peninsula. It is actually one of the 9 subspecies of tigers left on Earth. Yet, many do not realize this tiger is on the verge of extinction, with less than 200 Malayan tigers left.

Let’s learn all about the Malayan tiger, to help spread more awareness of this magnificent and endangered species. 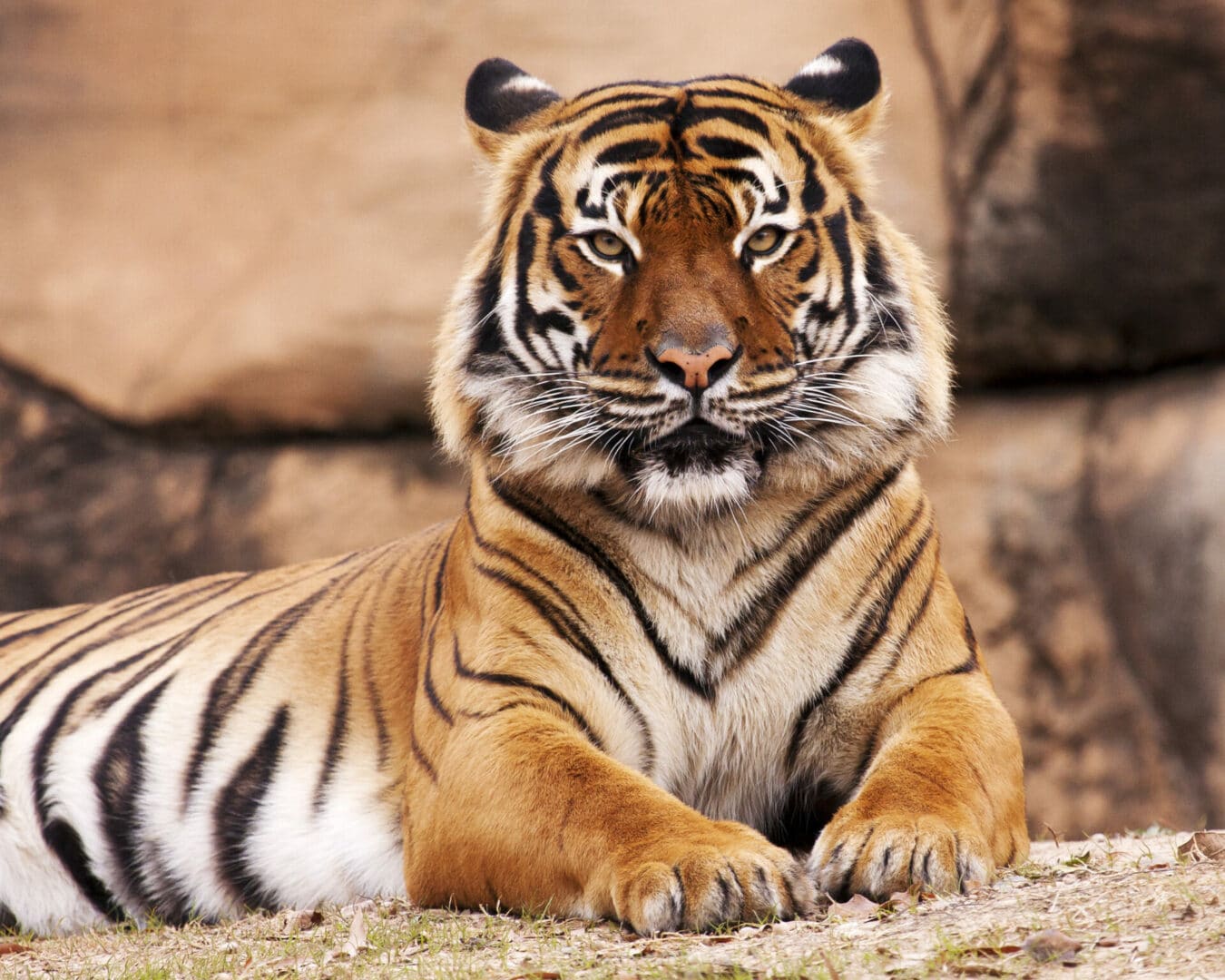 The Malayan Tiger was misidentified for years

For years, many thought that the Malayan tiger was the Indochinese tiger (or Panthera tigris corbetti.) In 2004, DNA testing revealed that these tigers are a species of their own – the Panthera Tigris Jacksoni, or Malayan tigers.

Like the Indochinese tiger, Malayan tigers live in Southeast Asia. But, they have their own set of characteristics and, most importantly, do not live outside of the Malay peninsula.

But, not everyone calls these cats Malayan tigers

Whatever the reason may be, the Malaysian Association of Zoological Parks and Aquaria (MAZPA) identifies the Malayan tiger scientifically as the Panthera Tigris Malayensis, paying homage to its native territory. 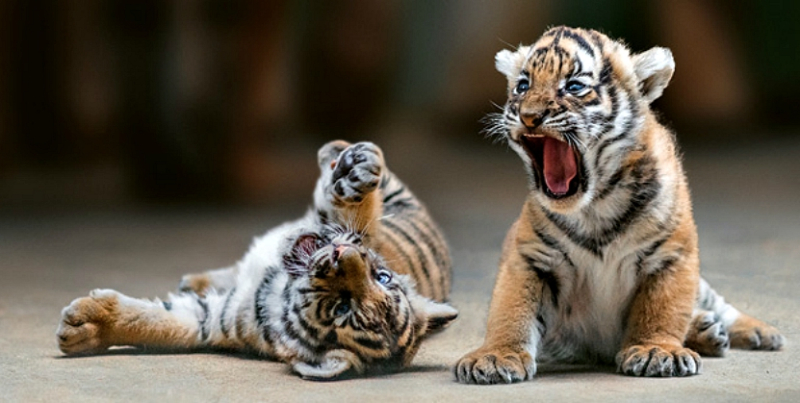 A fascinating fact about the Malayan tiger cubs is that these big cats cannot see until they’re 2 weeks old. Although Malayan tigers share this fact with other tiger species, it’s crazy how such a ferocious creature enters the world blind!

This big cat is a critically endangered species

Malayan tigers are very close to extinction. Reports say that this tiger lost 97 percent of its population in just 100 years. This is heartbreaking.

Because of this phenomenon, the International Union for Conservation of Nature (IUCN) declared this tiger breed ‘Critically Endangered’ in 2015. This is only one category away from ‘Extinct in the Wild.’ 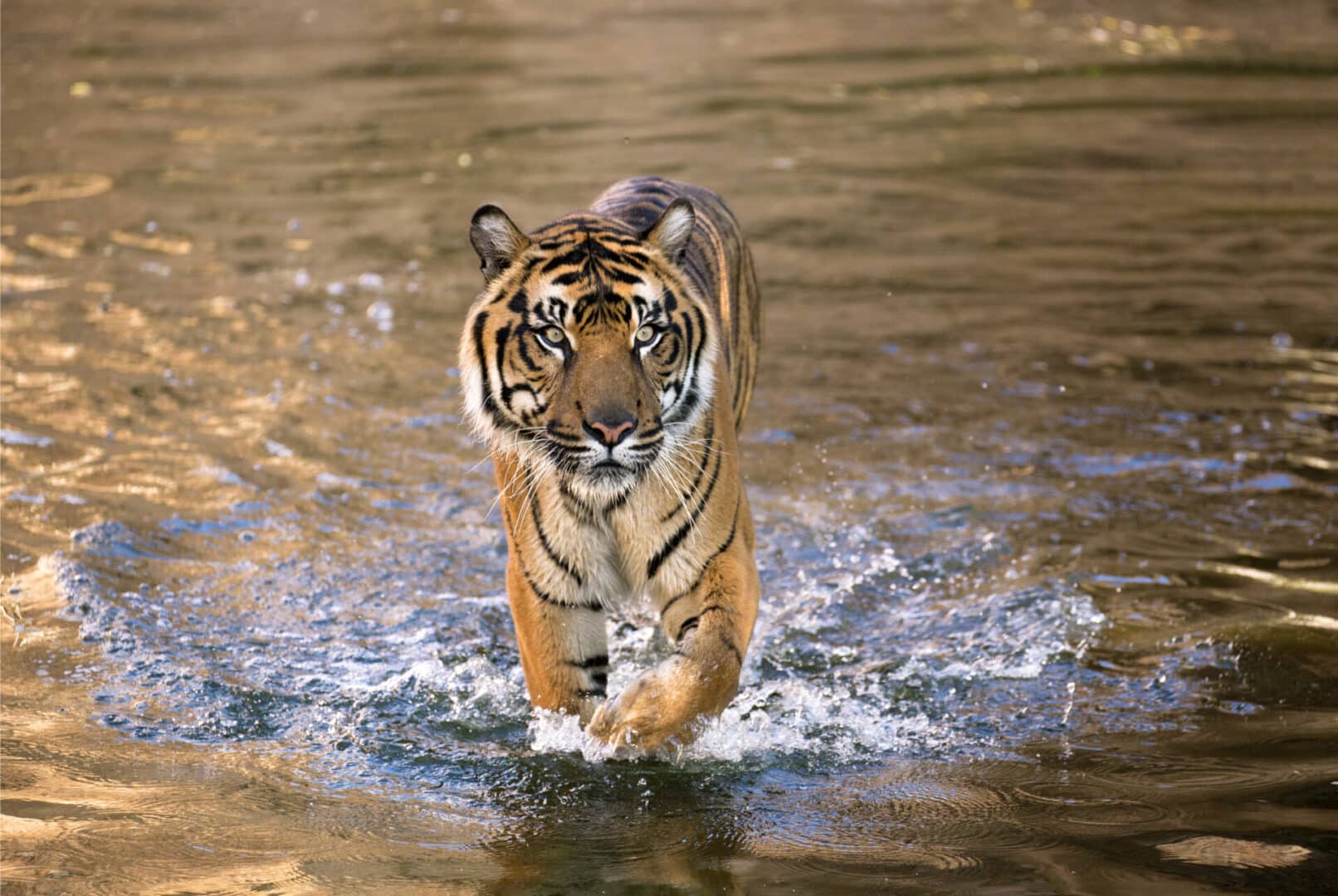 These tigers have a 50% chance of survival at birth

This already endangered species doesn’t have the best chance of survival from the start. Only half of the Malayan tigers will survive past 2 years old. This is another reason why there are more efforts to breed Malayan tigers in conservation facilities, to ensure that these tigers can steer away from extinction and towards maturity.

The Malayan tiger can even hunt elephants

These tigers are very skilled hunters. They typically hunt at night, preying on all kinds of animals – from Sambar deers, wild boars, goats, and cattle. Malayan tigers are also capable of hunting animals bigger than they are. 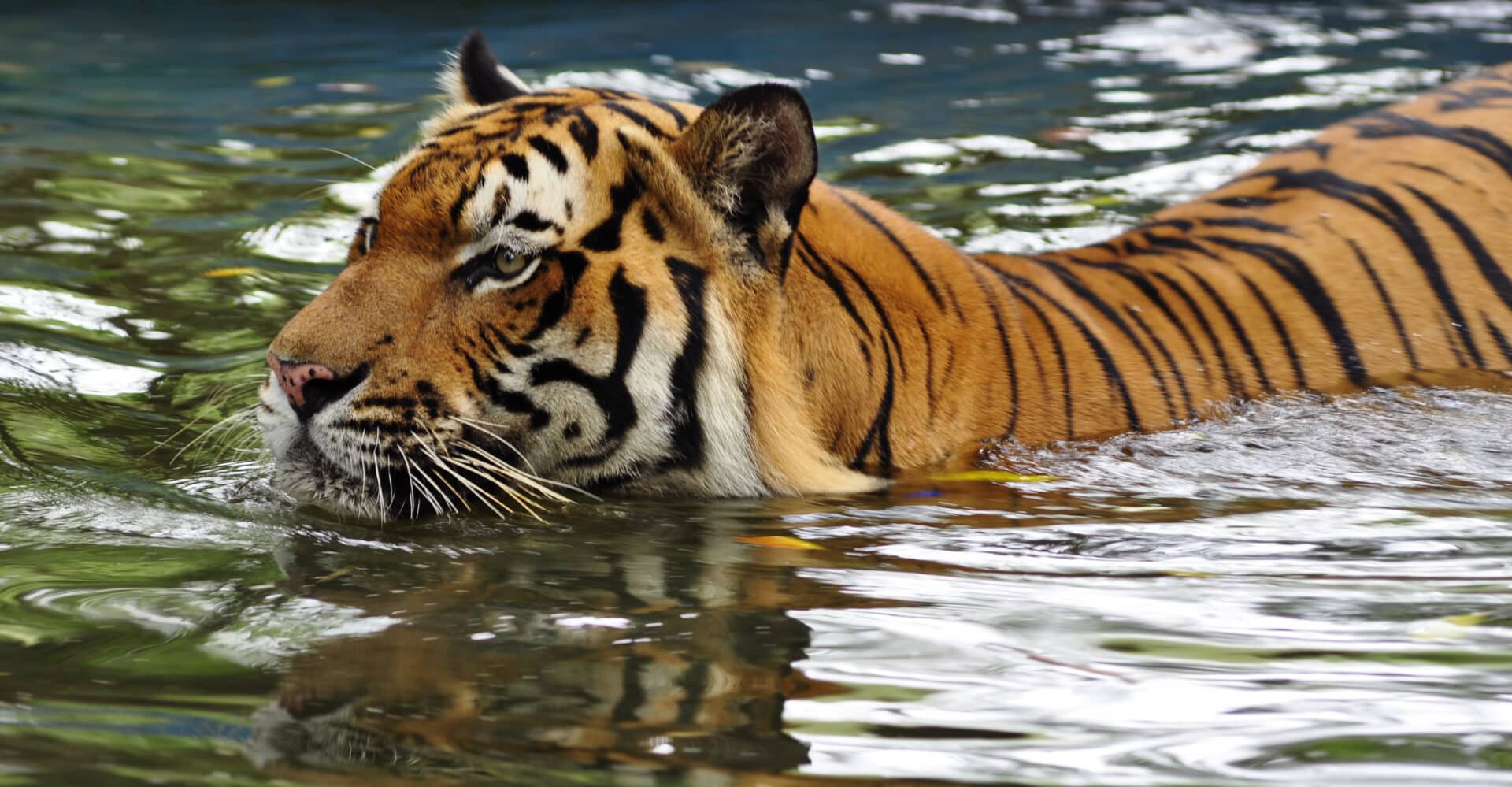 Given their habitat, Malayan tigers have become quite the swimmers. While most tigers can swim, Malayan tigers actually prefer swimming. Oftentimes, you’ll find them hanging in rivers, lakes, or streams. It’s a great way for these tigers to cool off, as temperatures can get quite hot and humid in the tropical rainforests of Malaysia.

Despite their size and ferocity, Malayan tigers face the threat of humans. This is due to two main factors: forest degradation and illegal poaching.

Over the past decades, much of the rainforest in the Malay Peninsula has been converted for palm oil production. This area is prime habitat for Malayan tigers, pushing them out and leading them only further to extinction.

This downsizing of habitat also caused a negative ripple effect. With a shrinking habitat, tigers can’t always find a proper food source. So, some tigers end up on local farms to feast on livestock. This, of course, doesn’t make local farmers happy, making locals less inclined to support the conservation of the Malayan tiger. 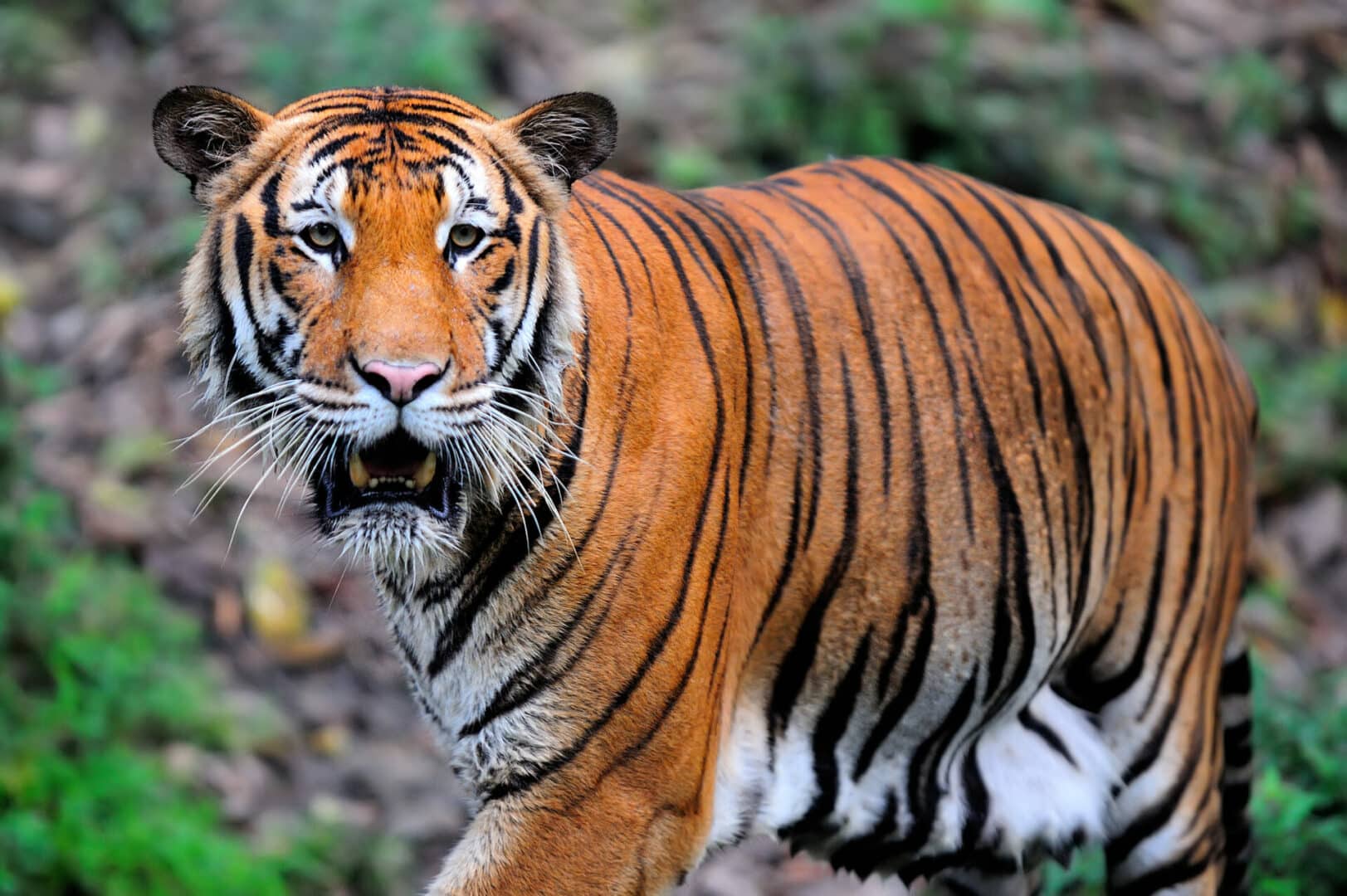 Illegal poaching also threatens Malayan tigers. Many poachers venture to Malaysia from other countries to hunt these majestic tigers for their skin, bones, and other parts. The most common reason for poaching is to supply ingredients for traditional Chinese medicine.

To all big cat lovers out there, it’s important that we educate ourselves on the reality of the Malayan tiger faces. If you want to help make a change, there are plenty of conservation funds to donate to (such as the WWF.) Even the smallest contribution can help save one of the world’s original tigers! 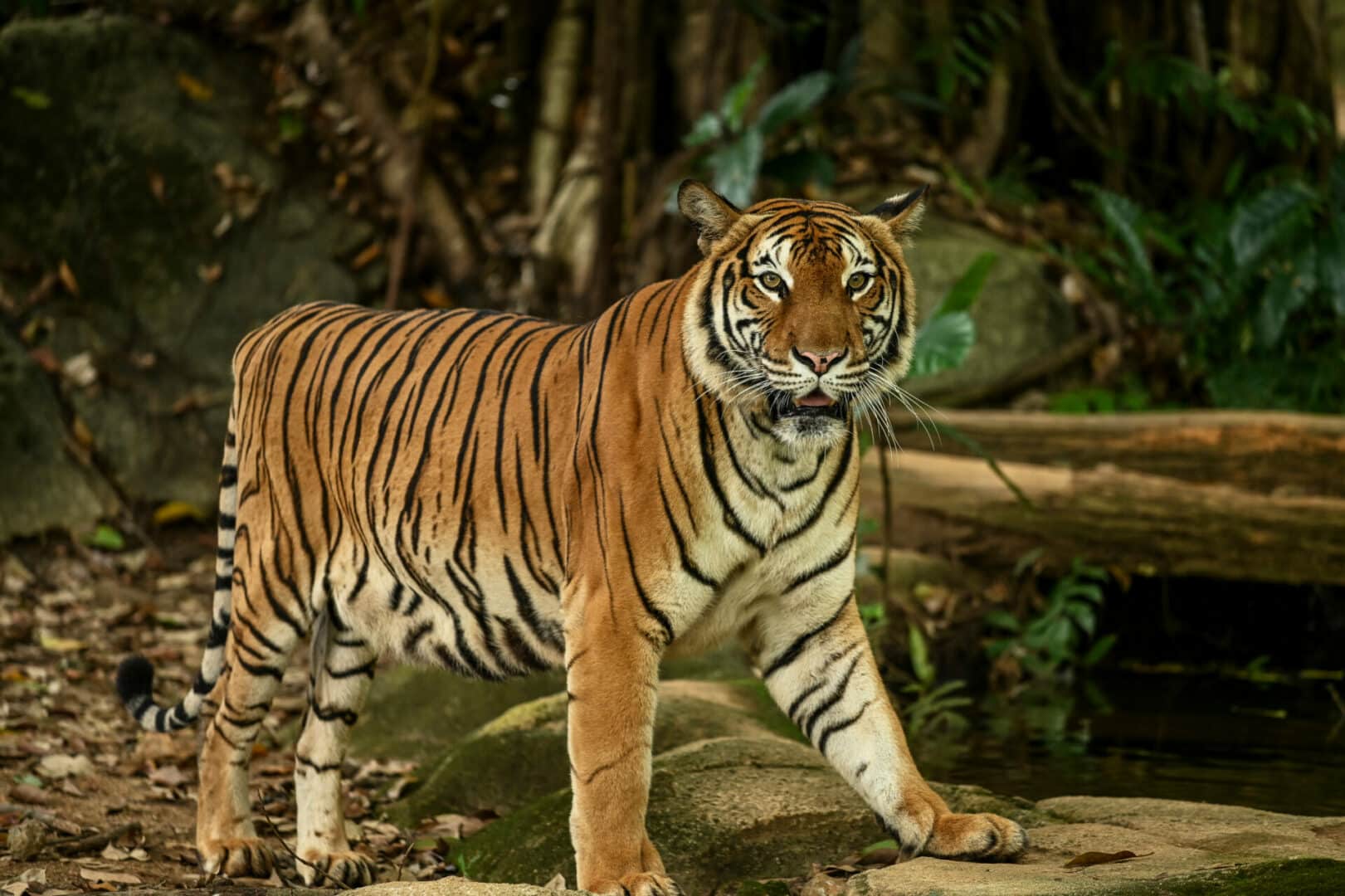 What Are The Different Types Of Tabby Cat Markings?