Handicat Named Bifford Is An Advocate For Special Needs Cats

When you’re a cat of an unwanted litter, life isn’t always easy. And this is especially harder for kittens with special needs. For one precious black cat named Bifford—AKA President Bifford—the shelter life was no place for him. Thankfully for this beautiful boy, he found two kindhearted humans to take a chance on him and give him a chance at a real-life full of hope, love, and all the kindness he could ask for. And now he uses that second chance to advocate for other handicats just like him, too. I caught up with his owner, and she shared with me Bifford’s heartwarming story and their mission to spread the word on just how special handicats are. And by doing so, hopefully, more of these special needs cats will land the forever homes they deserve. 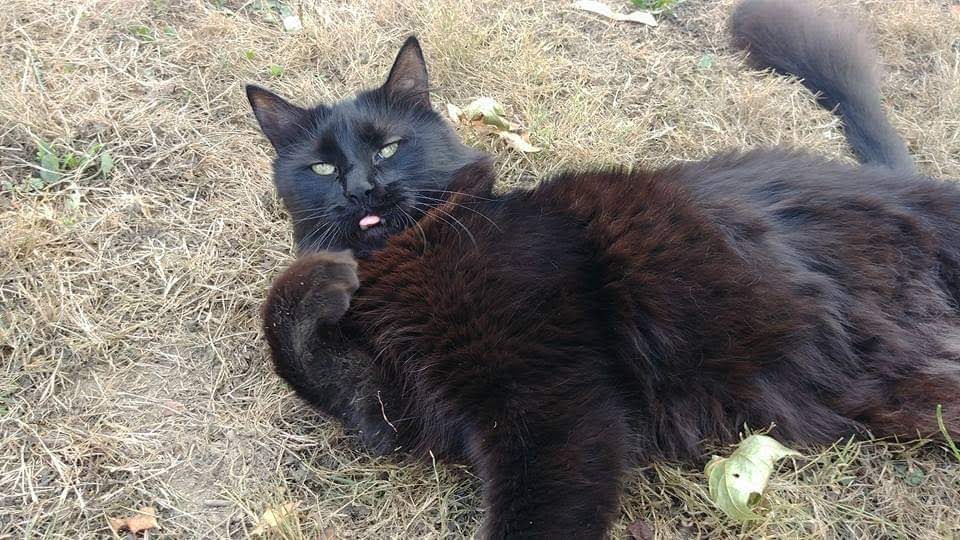 Bifford has a very “clown-like” personality! He likes to play and cuddle and he is extremely verbal! He loves to bobble throughout the house and purr, meow, and trill to his “wait staff” (my husband and I, his “mom & dad”). Bifford was a bottle baby as a young kitten and was hand-reared by a kind samaritan but he has the typical “bottle baby” attitude – he likes to be a “mama’s boy” (he enjoys being held, coddled, babied and he even cries out for me if he is not getting the response he wants quick enough!). Overall he has a very sunny disposition and lives by the age-old adage “I get knocked down, but I get up again”.

Can you tell me a little about his needs/disability?

Bifford was born with Cerebellar Hypoplasia (in fact the entire litter of five kittens were all “CH”, Bifford being “moderate” and his brother Munchie being “severe”), this means he was born was an underdeveloped cerebellum (which is responsible for their fine motor skills & coordination). This occurs due to a variety of reasons – vaccinating a pregnant queen with a modified-live FVRCP vaccine, a pregnant queen contracting feline distemper but not passing the disease down to their babies (feline distemper attacks the cerebellum cells in newborn kittens), or from malnutrition/abuse. CH cats can live long, happy & healthy lives, they are not suffering or in pain of any kind and it is not contagious! Oftentimes people believe CH cats may be more costly, may not live as long as a “non CH cat” or require more house modifications than a non-CH cat would but all of those are false and stigmas that our “campaign” is working to curb! 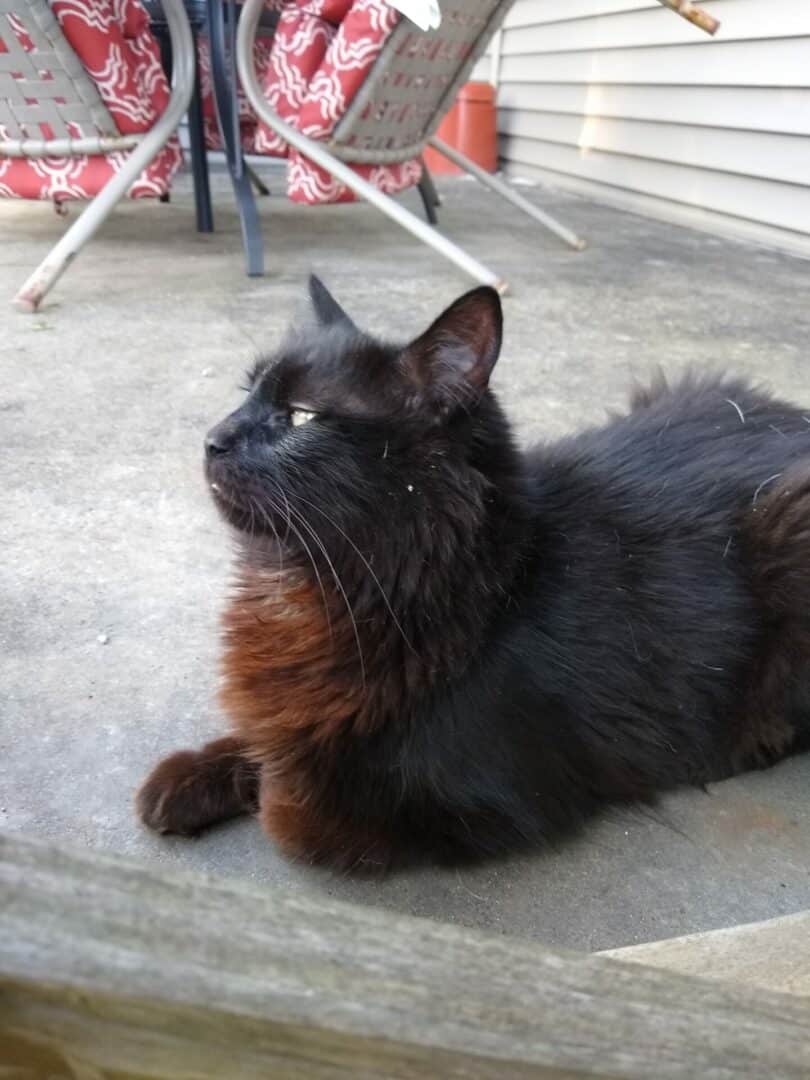 How did you come up with his name (also the “president” nickname)?

We named Bifford originally “Biff” because he would “biff” into things as he navigated his new digs with us! We joke that his full “official” name is “Bifford Zig-Zag Weaver” — they are all terms that paint an adorable visual of a happy, resilient little guy that may crash a few times but he always gets back up with love in his heart & pep in his step! We began to joke in about 2015 that Bifford was such a “ham” and a “smooth operator” that he would make such a great presidential candidate because he was always “flirting” with anyone he met! After that, it sort of stuck and then became the platform for our educational endeavor!

What’s something special you’d like for people to know about him?

Bifford is a resilient fella with a zest for life! He went from being surrendered by a family that was locking him up in an empty hot tub (they put on the surrender form they wanted him to “die with dignity” but then decided to surrender him to a local shelter) to ruling the roost here! Bifford has also taught me a lot about myself and my “parenting style” – when he came to our house initially I wanted to baby him and wrap him in bubble wrap!

Today I have learned that just like kids it is always good to let them “be kids” and fall and get dirty and play! People cringe when they see Bifford “crash and burn” but then Bifford’s “dad” and I simply pick him up, dust him off and commend him for a “gnarly wipe out” only to prop him upright again so he can bebop on his merry happy way! 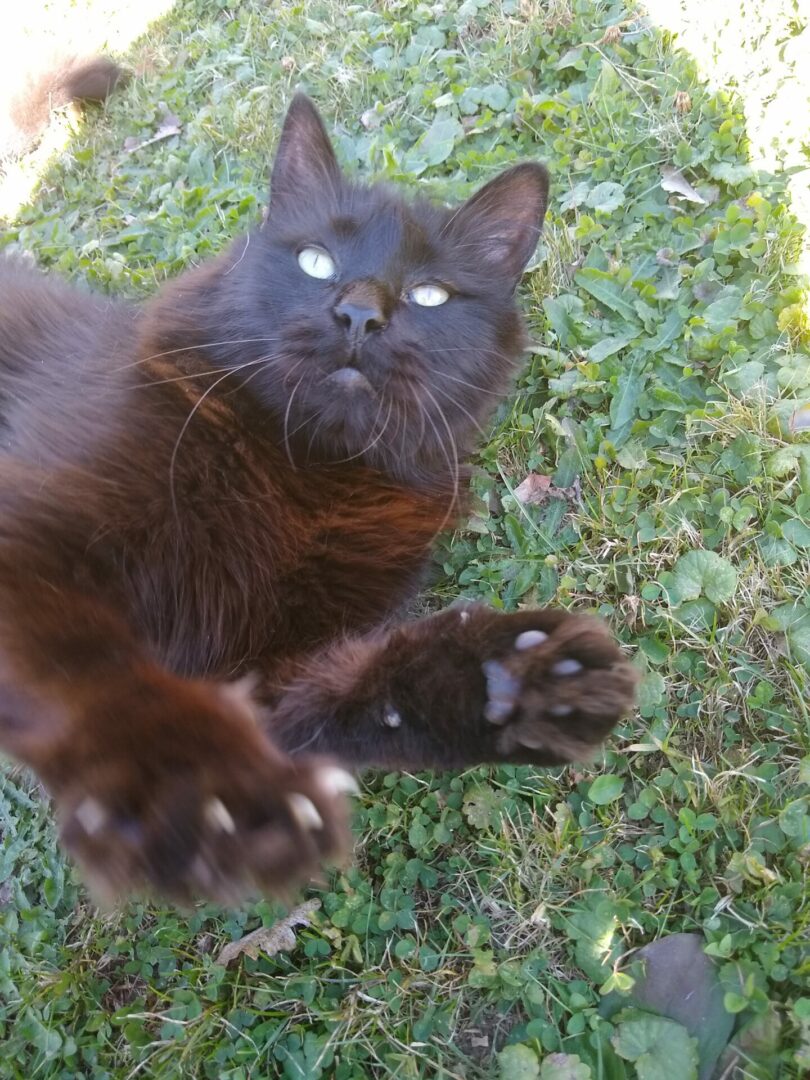 What’s something people should know about adopting special needs cats?

If there is ONE thing that I can stress to families about handicats is to open your hearts and open your minds to those animals at the shelter that may be a little afraid or may look more unique — if I would have let it influence my decision I would have never taken Bifford home! At the shelter he was getting beat up by the other cats, was reclusive and not really personable – he was sort of wasting away at the shelter because he was not as quick as the other cats. Upon taking him home to give him a “break from the shelter” I immediately knew he was going to be here for good!

I’d like to give a special “thank you” to President Bifford’s owner, Suzi, for allowing me to share his story and images with all of the Cattitude Daily readers. Stories like his just go to show you that all cats deserve a chance to be loved and live out their nine lives to the fullest. For more on this cute handicat, check him out on Facebook and Instagram, and you can also check out his website here. 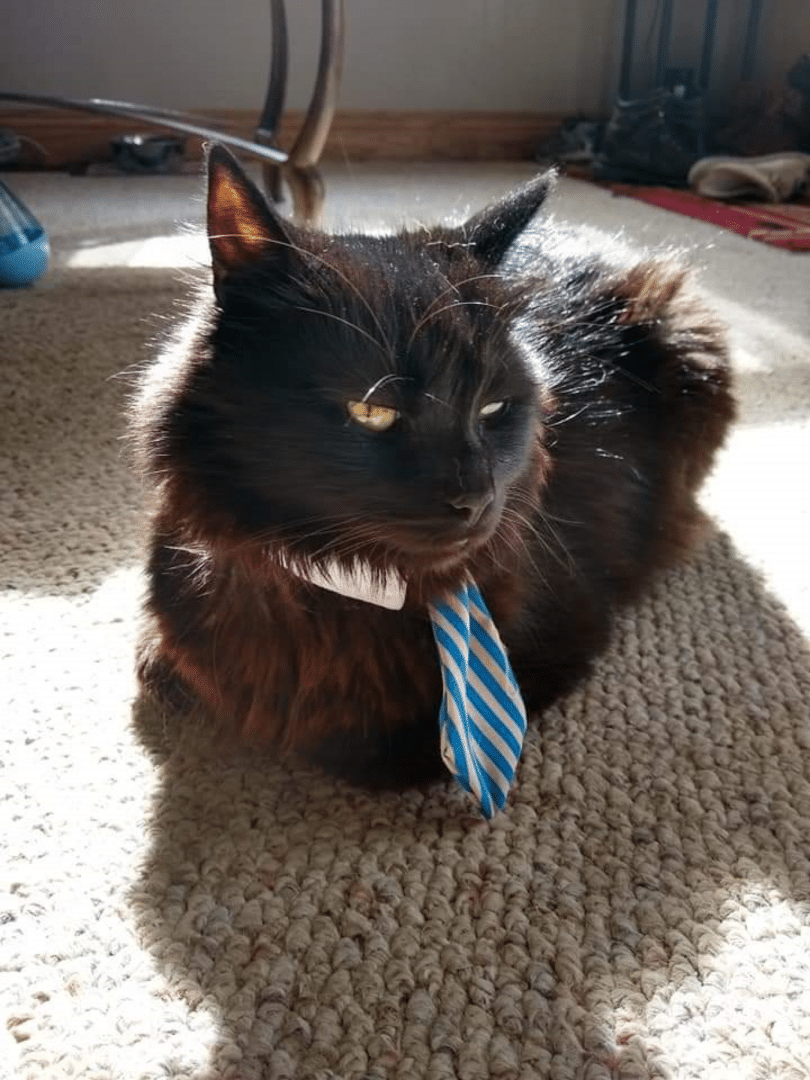 Petification Studio Transforms Cats Into Their Most Regal Selves