Odd-Eyed Rescue Kitty Will Wow You With His Pretty Eyes

Cats have some pretty amazing eyes—and those eyes are even more amazing when they are two completely different colors! While this is rather common in light-colored cats, you can often find Sphynx cats and Turkish Vans and Turkish Angora cats with odd-colored eyes, too.

For one gorgeous rescue kitty named Thor, he’s living his best nine lives with his four-legged and two-legged family after being rescued by his cat mom. He’s got a stunning black and white tuxedo coat, the most purrfectly fluffy tail, and a set of odd-colored eyes that will make you swoon. I caught up with his cat mom in the Tuxedo Cat Lovers group on Facebook hoping to feature her cool feline, and thankfully she agreed. So, everyone meet Thor! 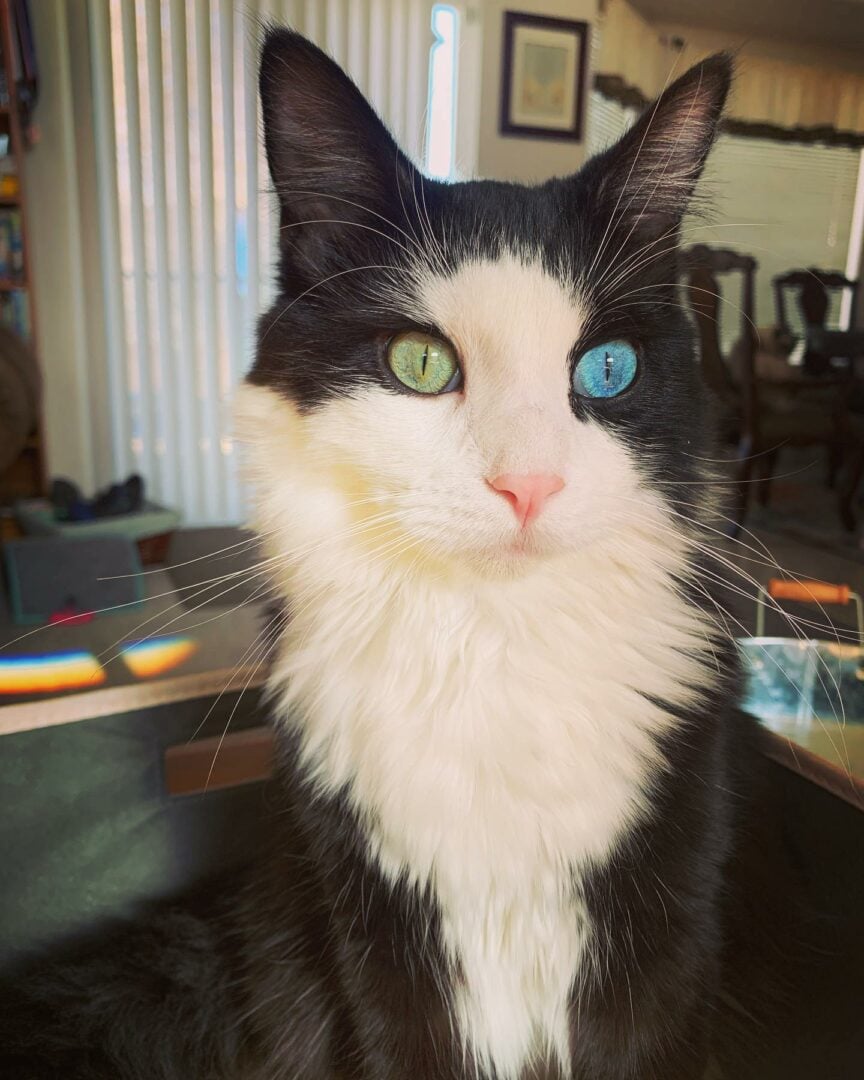 How did Thor come into your life?

He was a rescue, we adopted him from Petsmart.

How did Thor get his name?

We have a cat named Loki and when we got Thor we decided on his name because he would be Loki’s brother and because he has two different colored eyes. 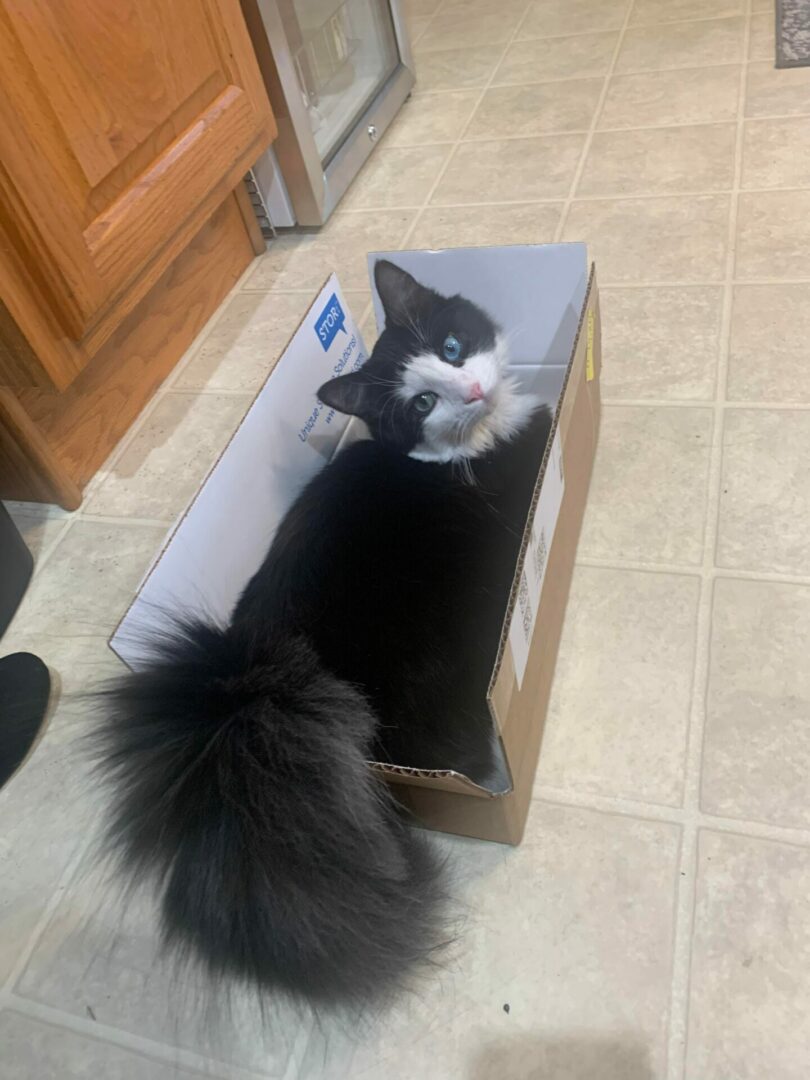 He is a love. He likes to snuggle, he is also a talker

He has 1 cat Sister, Loki, 3 dog siblings, a Puggle, a Chug and a chihuahua, and one leopard gecko sister, Blue. 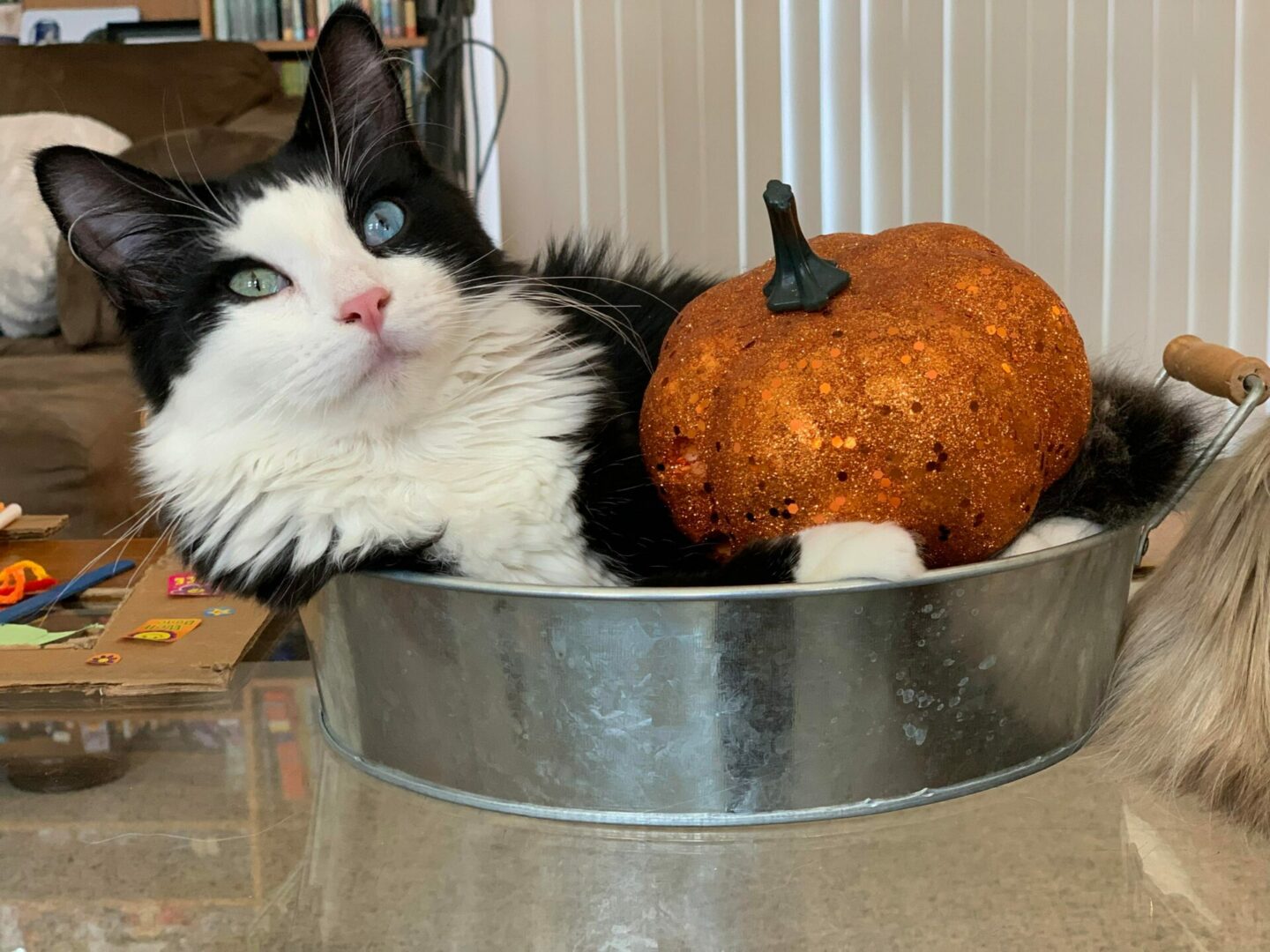 What’s something special you’d like people to know about Thor?

He has two different colored eyes and a big bushy tail. He is the sweetest kitty and has brought us so much happiness. He completes “our Zoo”

I’d like to give a special “thank you” to Thor’s cat mom, Janel, for allowing me to share his story and precious photos with all of the Cattitude Daily readers. If you’re a sucker for odd-eyed cats, check out this gallery full of them here! 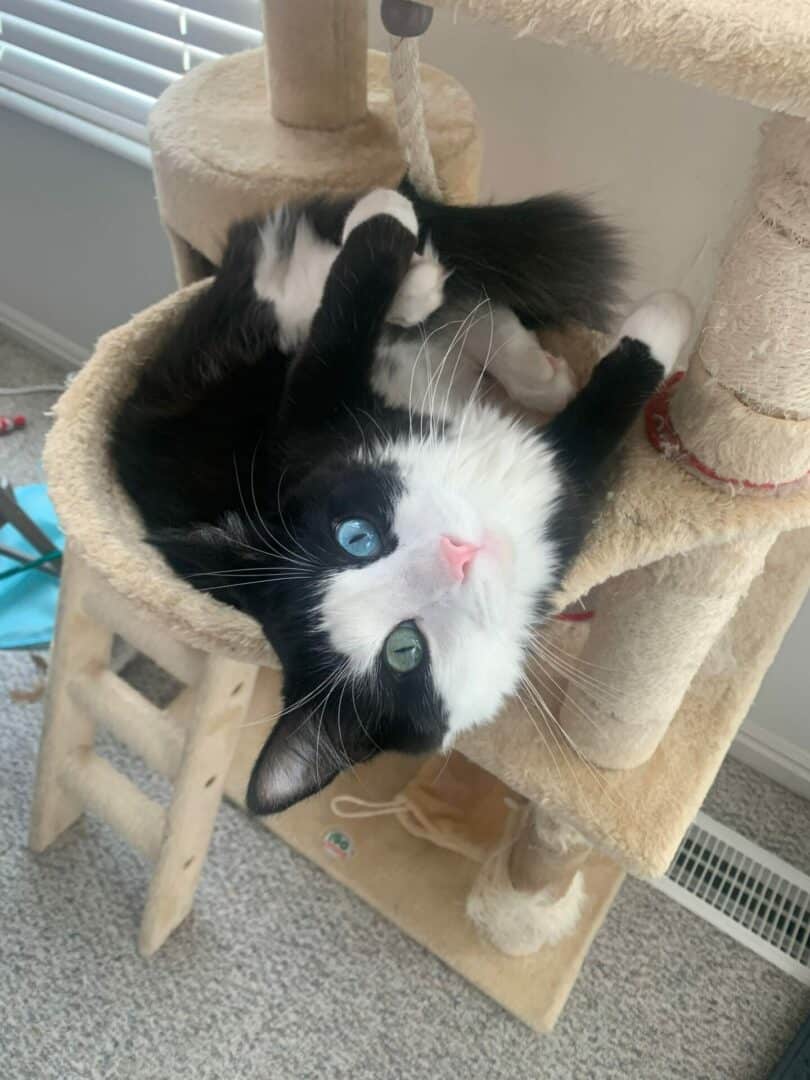 After Her Grandparents’ Passing, Woman Makes It Her Mission To Help Seniors’ Pets