Feline 411: All About Tortoiseshell Cats

Known for their stunning coat patterns and undeniable “tortitude,” tortoiseshell cats are a favorite among cat lovers everywhere. Their bi-colored coats can include a combination of red, orange, or cream with black, gray, or chocolate. No matter how many torties are in your life, no two are the same. Their fur creates truly unique patterns, and their feline good looks are only part of their allure. What else do you know about tortoiseshell cats? Keep reading to learn all about these beautiful and sassy members of the cat world. 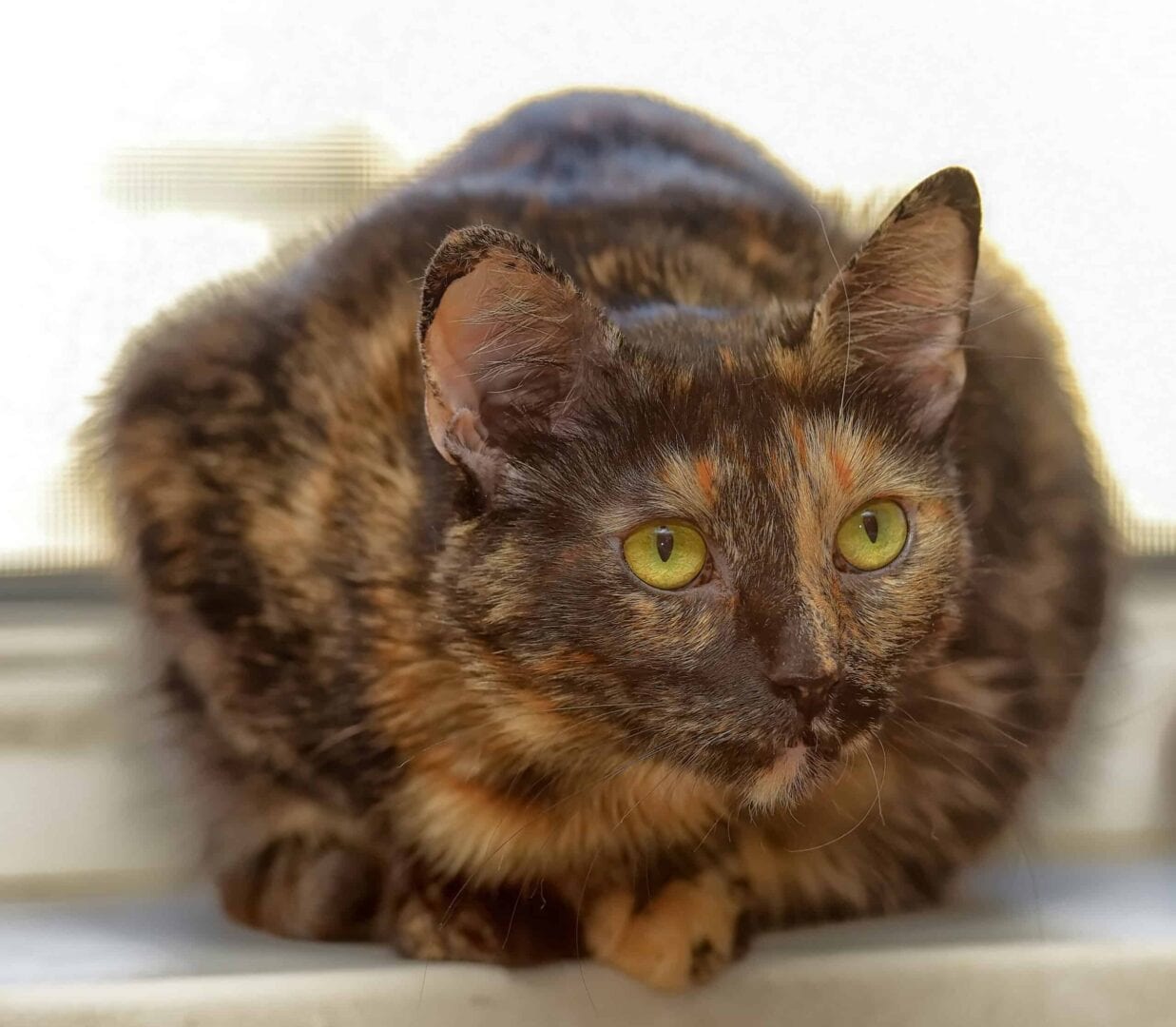 It’s a Coat Pattern, Not a Breed

There is no specific breed of cat related to the tortoiseshell coat pattern. The interesting combination of orange and brown fur has potential to show up in several different breeds including American Shorthairs, Persians, Maine Coons, British Shorthairs, and several others. It’s also a common color combination for mixed breed cats, and finding a tortie at your local rescue usually isn’t hard.

There are Different Types of Torties

While all tortoiseshell cats need to have some version of orange and black mixed together, there are a few different types of patterns. If the cat’s fur looks like the two different colors are woven together in a mostly random way, they’re considered to have a “bridled” coat pattern. And if the multi-colored fur comes in splotches or patches, the cat is a “patched” tortoiseshell.

It’s also possible to have a chimera tortoiseshell cat. These types of cats are more rare, but they’re not unheard of. You can identify them because they have one color fur on one side of their body and the other color fur on the other side. Some chimeras have this unique color pattern only on their face, but it can also happen down their whole body. These cats look almost like they’re two different cats smushed into one.

As an additional tortie type, there are also cats endearingly referred to as “torbies” or “patched tabbies.” These types of cats have the traditional tortoiseshell coloring but with the stripes of a tabby. They’re exceptionally rare and beautiful. 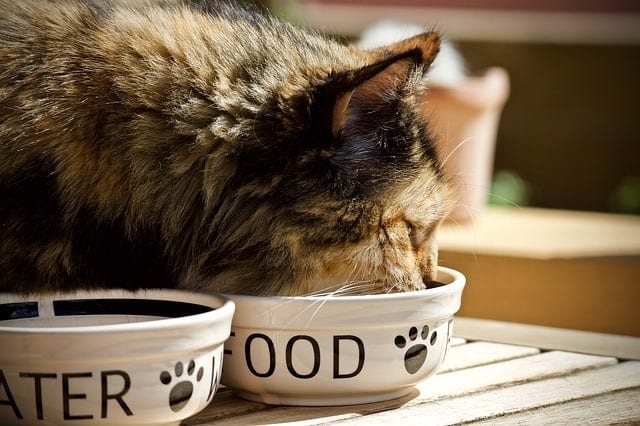 Just About All Tortoiseshell Cats are Female

Similar to calico cats (like torties but with the addition of white fur), just about every tortoiseshell cat you’ll ever meet will be female. The reason for this feminine phenomenon is all due to genetics. The female sex chromosome (X) can carry the genes for either an orange or black coat color. And because females have two X chromosomes, this makes it possible for their genes to code for both those colors at once. Males, on the other hand, only have one X chromosome. The Y chromosome cannot code for fur color, therefore males can be either orange or black, but they can’t be both.

The only exception to this rule is in the rare instance where a male cat is born with an extra X chromosome to make them XXY. In these cases, it’s possible for a genetically male cat to have a tortoiseshell coat pattern, but that cat will always be sterile. It will also likely have other serious health issues and a shortened lifespan. This happens in about 1 in 3,000 tortoiseshell cats. So, if you ever do come across a male tortie, it’s definitely a rare sighting.

It might be a made-up word, but tortitude is a real thing. Countless people who have spent time with all kinds of cats report that tortoiseshell cats have a little something extra in the feline attitude department. These bi-colored cats are known for being especially spunky, sassy, and independent. They know what they want, and they aren’t afraid to reach out and grab it. 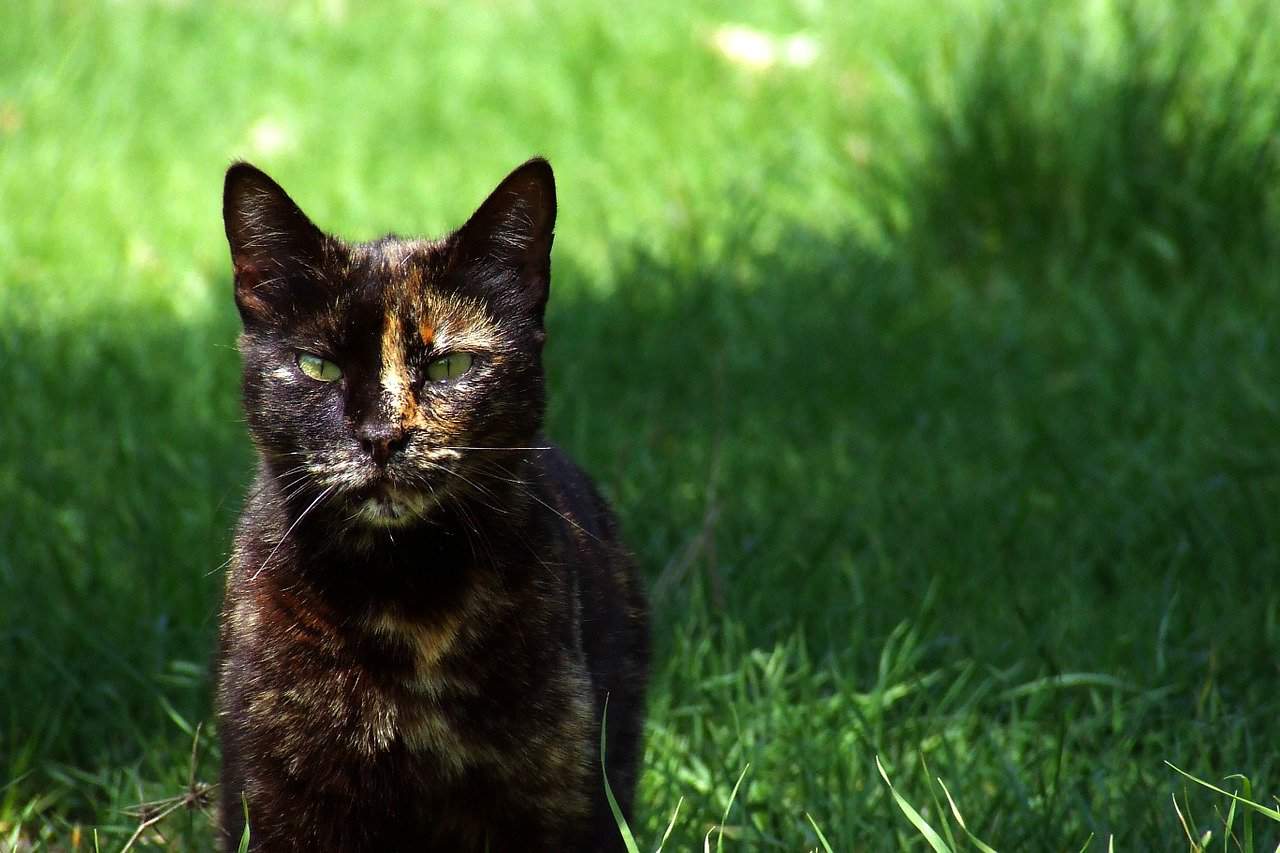 Seeing the tortitude in person is one thing, but there is yet to be scientific evidence to back up the idea. Jackson Galaxy, famous cat behaviorist and host of the show My Cat From Hell, told Catster that while he doesn’t believe torties have a predisposition for extra attitude, he does believe that they’re typically more sensitive to environmental stimuli. This could help explain why so many tortie lovers observe their cats being feistier than average.

They’re Good Luck Around the World

There’s no real way of knowing how society decides what’s good luck versus bad luck. Cats have always played a role in superstition, and tortoiseshell cats are no exception. While black cats are unfairly associated with bad omens, tortoiseshell cats got the opposite end of that spectrum.

In Japan, tradition says having a tortoiseshell cat around the house will protect the family from ghosts. In America, they’re called “money cats” and can indicate the arrival of an unexpected fortune. English folklore might have the most outlandish beliefs of them all. They say you can cure a wart by rubbing a tortoiseshell cat’s tail on the skin.

The idea that tortoiseshell cats possess healing powers or any other kind of magic is farfetched, but that doesn’t stop people from falling in love. These cats are full of personality, and their interesting looks will always stand out in a crowd.

Did you learn anything knew about tortoiseshell cats? Be sure to share this article with your fellow cat lovers!

Kitty Goes From Trash Cat To Pampered Princess With Sass

Rescuer Recognized For Her Incredible Commitment To Homeless Cats