When it comes to calico cats, it’s easy to see why these felines are so adored. They are usually cuddly, sweet kitties, who dote on their humans with loyalty and affection. While we know that calico cats are almost always female (more on that below!), what else do you know about these multi-colored cuties of the feline world?

Check out my collection of fantastic facts about calico cats… 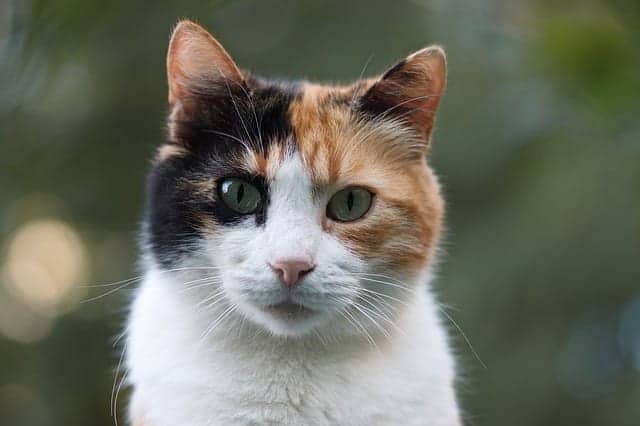 Calico is a coat pattern, not an actual breed of cat

Despite the fact that many people might think that the calico is actually a breed of cat, they’re not. Calico cats are called such because of their coat pattern. There are several breeds of cats which can be calico, such as: These tricolored pattern cats can be both long-haired or short-haired, and in order to properly fall into the calico category, they must have three distinct colors present. Commonly, calicos are predominately white with patches of orange on their coat, which can sometimes have a rusty or reddish brown hue, and black, with the occasional gray or blue hue instead. In case you were curious, only 1 out of every 3,000 calico cats born around the world are male. And for the scientific reasoning as to why this occurs, you can refer to good old fashioned genetics. Here’s a quick rundown for you courtesy of Canidea.com…

“Calico cats are predominantly female because their coat coloring is linked to the X chromosome. Specifically, two X chromosomes are needed for a cat to have a tri-color coat. Males usually only have one X chromosome, so calico cats can’t be male. However, there is a rare condition where a male cat has an extra X chromosome (resulting in XXY instead of the typical XY) and thus, he can be a calico!”

And for more little random goodies of cat knowledge to help you impress your cat lover friends, check out our article: 60 Cool Facts Any Cat Lover Can Appreciate

Male calico fact: For those which are born, they are almost always sterile. 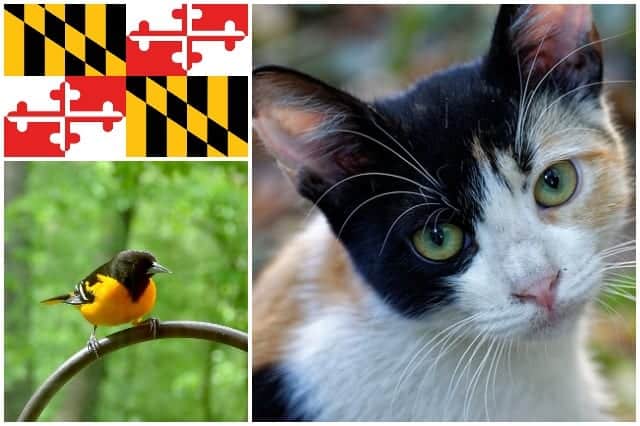 In October of 2001, the calico cat breed was named the official cat of Maryland. Reason being? Well, that beautiful tricolored coat of orange, black, and white is symbolic to their state bird, the Baltimore oriole, as well as the state insect, the Baltimore Checkerspot butterfly. Sounds like a purrfect match to me! Go, calico kitties!

Fun calico name facts: According to Rover.com, there are the most popular cat names for calicos according to their most recent database search…(List by most popular at #1) Back in the olden days, sailors would often bring these tricolored kitties aboard their ships whenever they set sail as they were believed to be synonymous with good luck. The famous “beckoning cat” of Japan, AKA Maneki Neko, is praised by many for its unique ability to grant a person good fortune and wealth. This waving cat is often seen in establishments from retail businesses to restaurants, and “Maneki” is the Japanese word for beckoning, while “neko” translates to cat in Japanese.

If you are a person seeking success and would like a little good fortune to come your way, this is the purrfect trinket for you to have in your home or office space! In Japanese culture, you will often find the beckoning cat in the form of piggy banks, pictures, statues, or even jewelry. 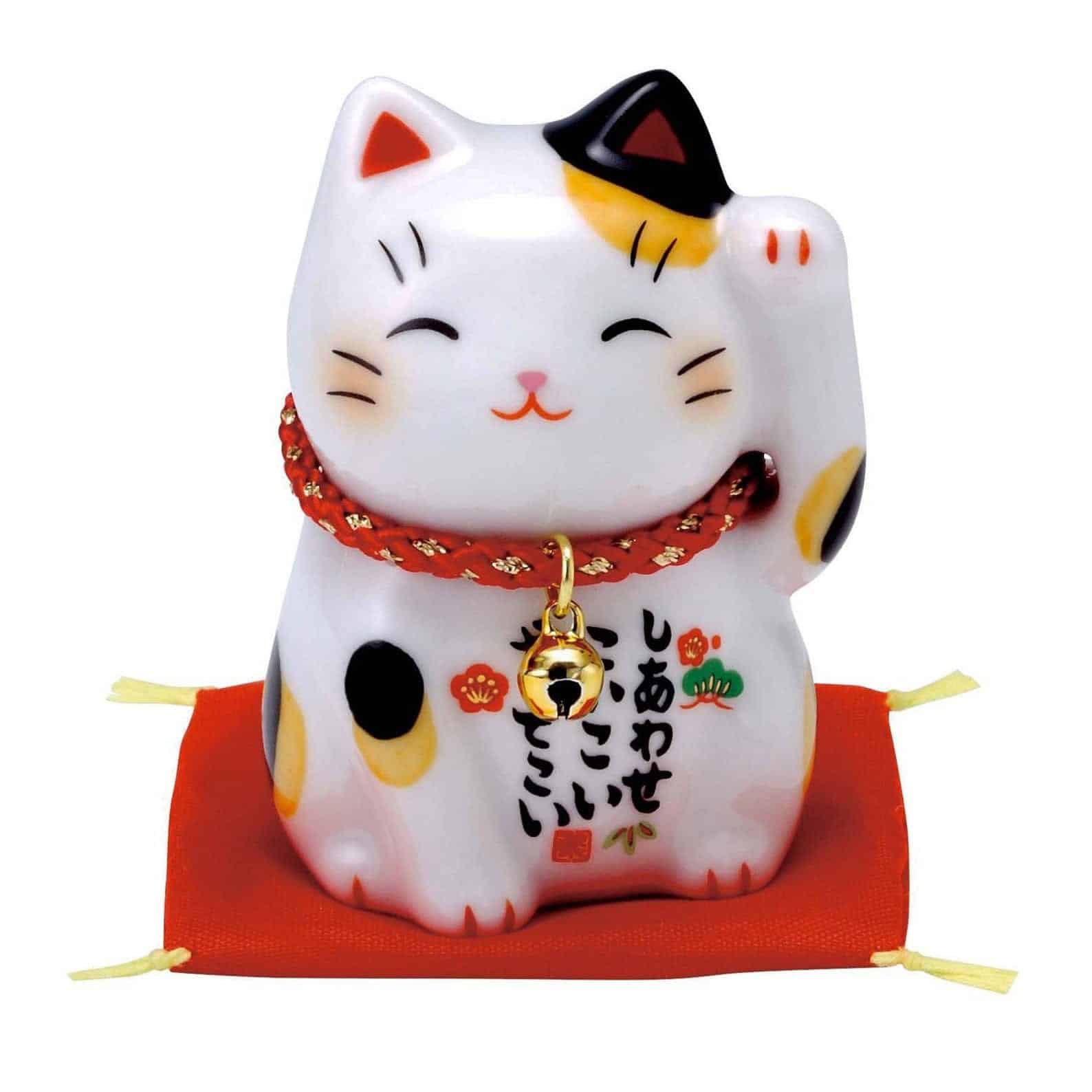 But there is meaning behind those purrfect paws according to GoodLuckSymbols.com. A simple decoding of the Maneki Neko waving cat paw is as follows:

Right paw up: If the Maneki Neko is beckoning with its right paw, it is a sign to attract money, success and prosperity of all sorts.

Left paw up: If the Maneki Neko is beckoning with its left paw, it is told the cat will attract customers. This is perfect for businesses and shop owners. Check out this fun video from the Cattitude Daily YouTube channel that talks all about Calico cats… Enjoy!

Did you learn anything new thanks to our article? Don’t forget to share with your calico cat lover friends!

Famous Quotes About Cats To Make You Smile

Your Cat’s Favorite Places To Be Pet—And One To Avoid!