Have you ever noticed that some cats have the most beautifully striking eye colors? My fully grown cat has always gotten compliments on his green eyes. Some cats, however, have brilliant blue or rich copper eye colors instead. Cat eye colors are fascinating, and they’re part of what makes cats so wonderful. Let’s explore and learn all about feline eye colors in this article. 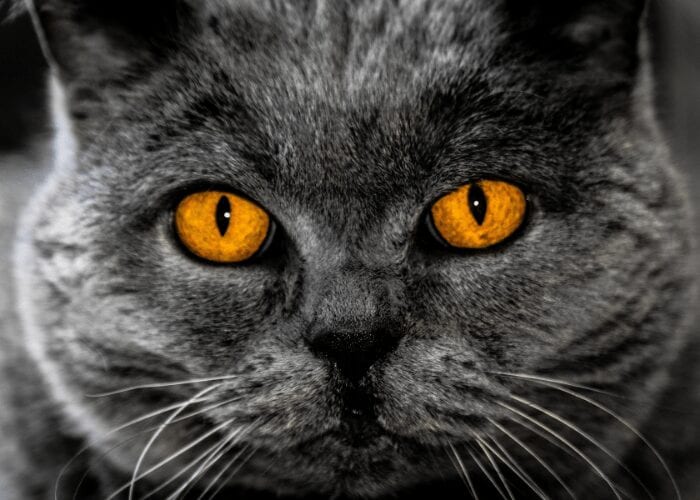 Basepaws points out that the color of a cat’s eyes is impacted by melanocytes, which are cells that produce pigment. Eye colors in cats can vary, and the color their eyes turn out to be really depends on how many melanocytes there are. It’s also interesting to note that the darkest colors of eyes typically seen in cats is more coppery. Of all the cat eye colors there is, green is by far the most common—while it happens to be the most rare in humans. Find out here on CattitudeDaily why it is that most felines have green eyes.

All Cats Have the Same Eye Color (At First)

The cell that’s responsible for determining your cat’s eye color is an interesting one. When kittens are newly born, their melanocytes aren’t really working yet. This means that all cats start off having blue eyes! Having seen a few cats in my life, I know that they don’t all end up with blue eyes as adults. Usually, if their eyes are going to change to a different color, this will start happening when they’re between four and six weeks old. When cats are about four months old, they’ll then typically show the eye color that they’ll have as an adult. 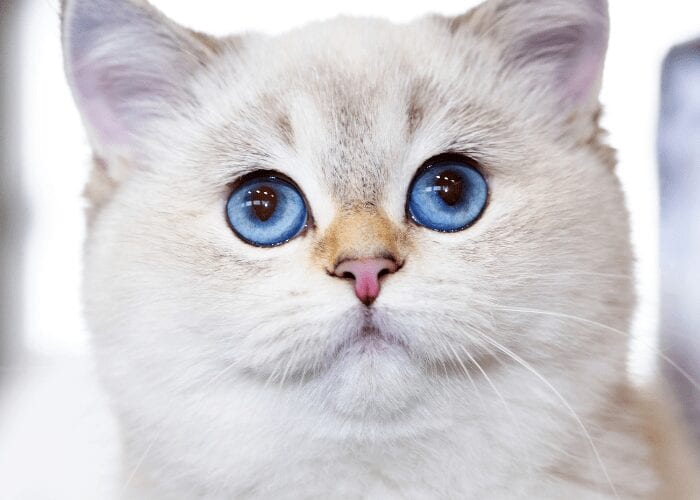 If an adult cat has blue eyes, that means there isn’t much pigment in their irises, according to Basepaws. What about variations of blue, you ask? How do some cats have light blue eyes while some have deep, dark blue instead? Well, those melanocytes might be scarce in cats with blue eyes, but varying shades of blue exist in different cats—though it has less to do with melanocytes and more to do with the eyes themselves. Darker blue eye irises for example have less pigmentation than copper eyes, but they appear so deep in color because of how the light gets refracted within them.

Perhaps one of the most striking cat eye colors is a combination that doesn’t match. Some cats have one eye that’s a lovely green and one that’s a deep blue, for instance. As noted on basepaws, this color difference occurs because of something called heterochromia. It has to do with how those melanocytes move through the embryo as a kitten is developing; one iris may receive few while the other receives many more. 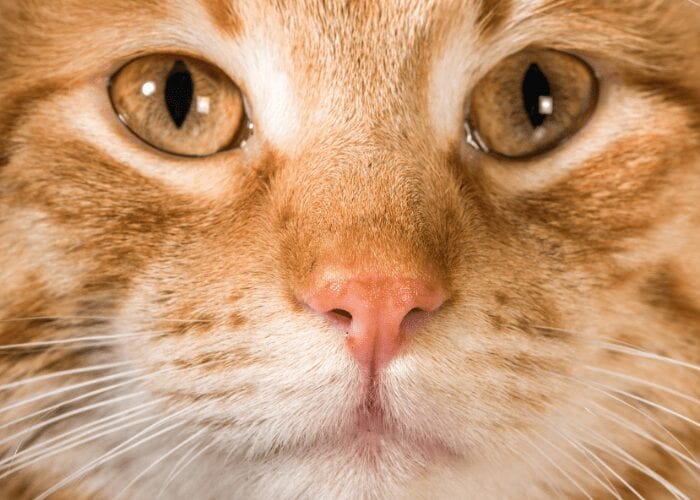 Even though both eye color and fur colors are determined by your cat’s genetic makeup, there isn’t much of a correlation between the two. Basepaws notes that the main exception to this rule is cats with white fur, because they tend to have blue eyes.

If you want to learn all about cat coat patterns and markings, you can read about them here on cattitudedaily.com.

What Emotions Are Cats Capable of Feeling?