There are tons of cat breeds out there, with many identical traits. Two kitties that have many cat lovers confused are the Maine Coon and Norwegian Forest Cat. These cats share so many characteristics that even kitty researchers are curious about their genetic affiliation. But, there’s no doubt these two cats are breeds of their own.

(**In this article for the side by side comparisons, the Maine Coon cats are on the left, with the Norwegian Forest cats on the right**)

Let’s Discover all the Differences Between Maine Coon Cats And Norwegian Forest Cats! 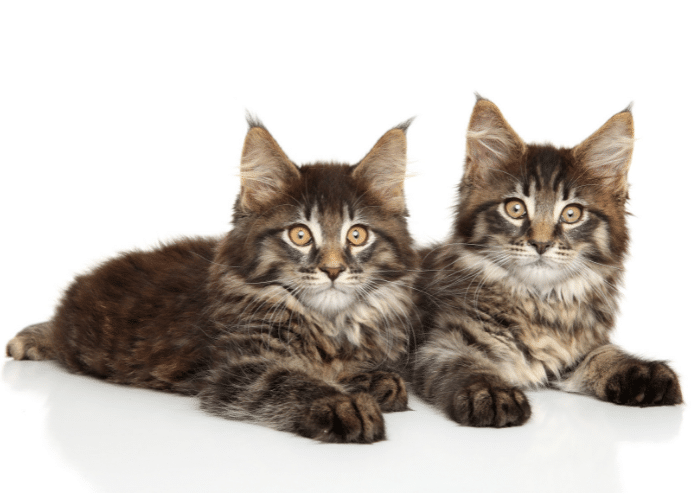 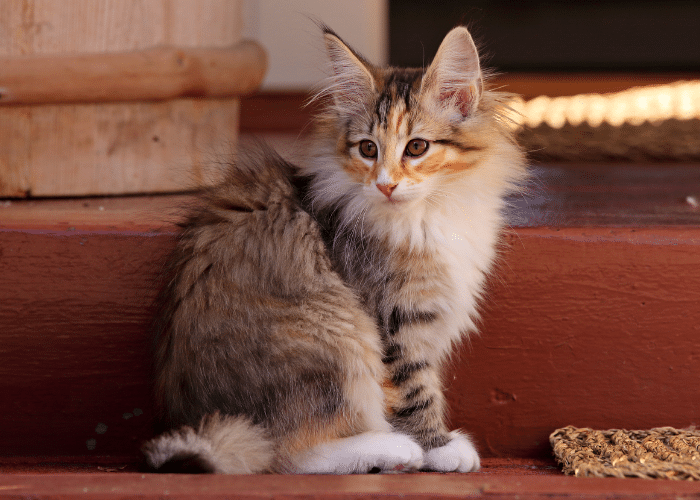 The names of these two kitties pretty much give away one big difference – that these cats come from two diverse places! The Norwegian Forest Cat comes from, you guessed it, Norway. What is even more fascinating about this breed is that it has origins dating back to the Vikings. The Norwegian most likely arrived from the Middle East by way of Viking ships, being a reliable mouser during these long voyages.

Maine Coon cats were discovered by farmers in Maine during the 19th century. One thing we know for certain is that these cats didn’t originate in Maine. The breed’s unknown beginnings have many wondering if it evolved from another breed that arrived by ship with the European settlers. It all still remains quite the mystery. 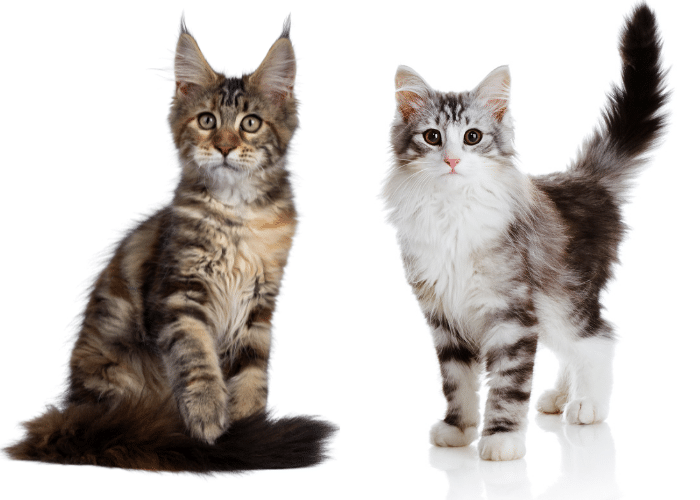 The Norwegian and Maine Coon have unique faces

These kitties also have their own eye shapes too. The Norwegian cat always looks alert, with its alluring almond-shaped eyes that are gently slanted.

The Maine Coon cat, on the other hand, has clearly oval-shaped eyes. But, when a Maine Coon has its eyes on something, its eyes can appear super round and just as alert as a Norwegian’s. 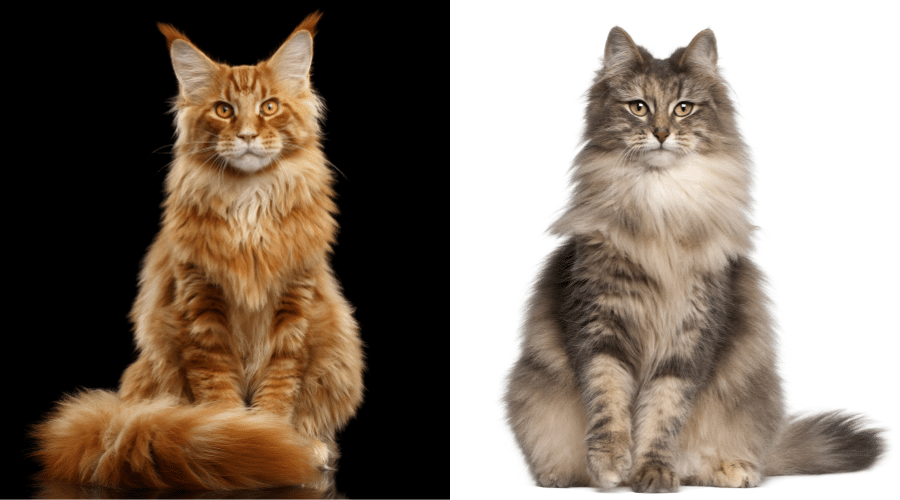 And, their bodies are quite different too

There’s no doubt that these two cats are both big and fluffy cats. They both have semi-long fur that makes them appear extra cuddly. Yet, the Maine Coon is a bigger cat, weighing around 2 to 6 pounds more on average than a Norwegian Forest Cat.

When it comes to fur color, these two cats can definitely share some of the same color variations, like cream, black, or even blue. The Norwegian Forest Cat has much more color patterns than the Maine Coon. You can find red or amber Norwegians too! 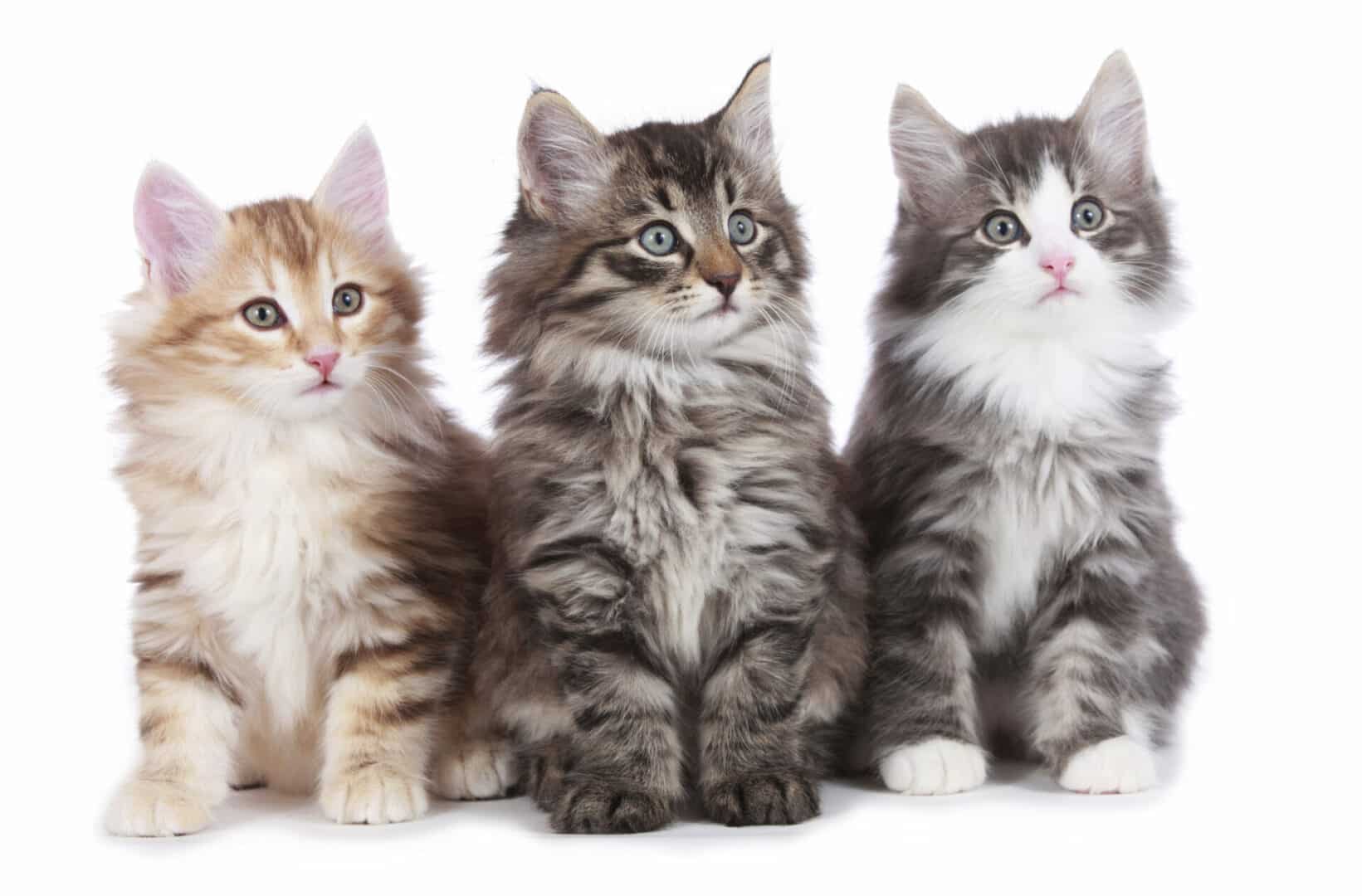 The Norwegian Forest Cat has an impressive life span of 14 to 16 years, whereas Maine Coons only lives an average of 11 years.

Observing these two cats’ social behavior will show you just have diverse these two kitties are.

The Norwegian Forest cats march to the beat of their own drum. They aren’t interested in doing anything humans do, and would much rather entertain themselves.

Maine Coons are quite the opposite. They’re loyal and lovable, and never shy to ask for attention. You can totally cuddle up with your Maine Coon. But, don’t really bother with the Norwegians. These cats will come to you! 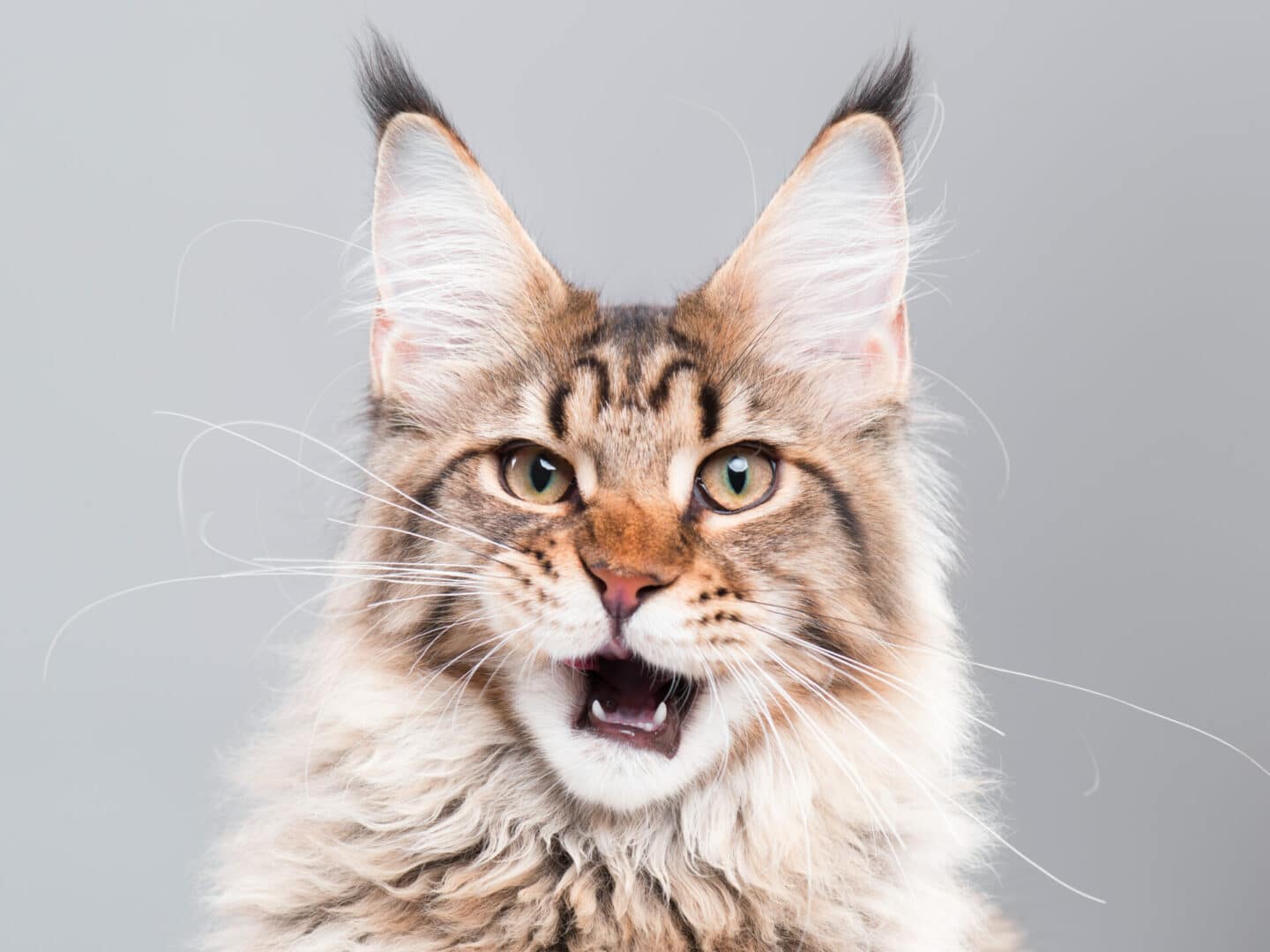 If there’s one thing for sure, it’s that Maine Coon cats love to talk. They’re always finding a way to express themselves. The funniest part is that Maine Coons don’t really meow. They prefer to make trilling or chirping noises to communicate their needs. As we know, Maine Coons love being around their humans and don’t like to be ignored.

Norwegian Forest cats don’t meow, or make any noises at all really. Maybe it’s because of their history of forest-dwelling, always on the hunting prowl. Either way, many adore Norwegians for this very reason. They really don’t like to bug anybody.

As you can see, there are many differences between Main Coon Cats and Norwegian Forest cats. Each cat has its own personality, look, and way of life.

Was there a difference we missed? We’d love to hear all your thoughts on the Norwegian Forest Cat and Maine Coon, two very unique kitties! 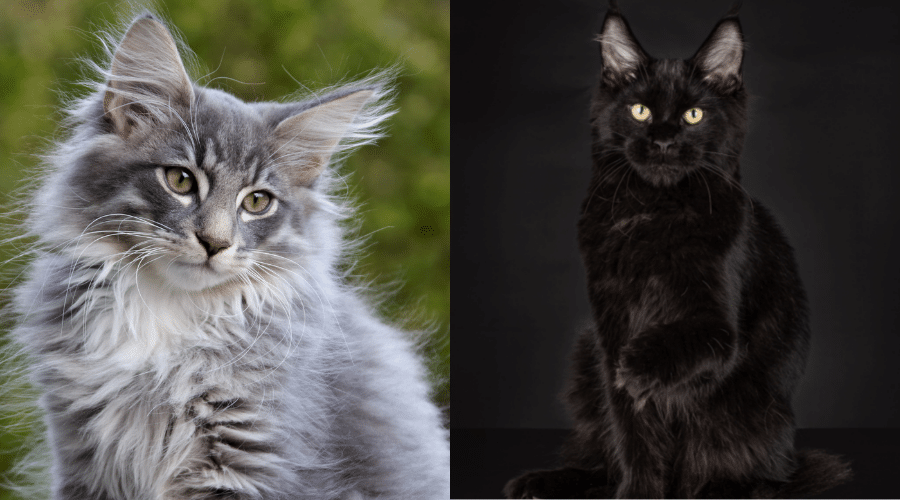 Why Does My Cat Run Around The House At Night?