Cat With Extreme Scoliosis Gets A Second Chance At Life

As we know, most cats do not have an easy start at life. And this can even be true for purebred cats, too. When it comes to purebred cats, the sad reality is that imperfections are often not viewed as adorable perfections. When Pitoe was only four months old, she found herself at the hands of a veterinarian, being asked to be euthanized by a breeder who couldn’t find a home for her and didn’t want to keep that the cat for themself. But little Pitoe, an adorable blue British Shorthair, had fate on her side.

The extreme scoliosis that she lives with causes her to have an overly round appearance, and she won the heart of the very vet who held her fate in his hands. The breeder surrendered the round little kitten over the the veterinarian’s office, and the rest was history.

Little Pitoe as a wee kitten…How could you not fall head over heels for that little face! 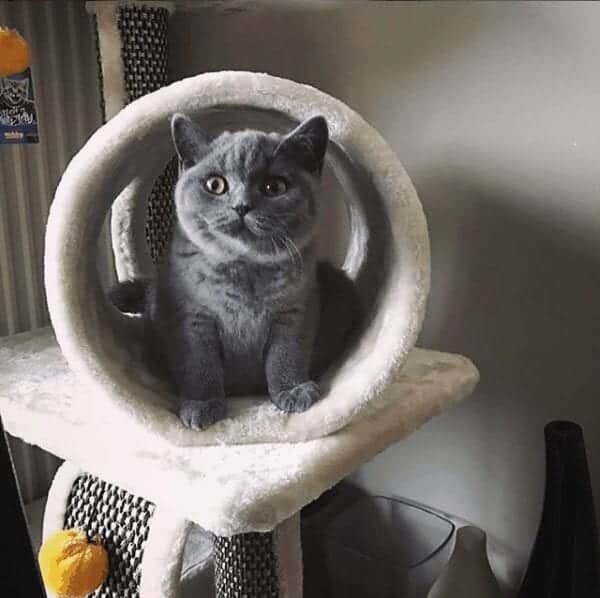 The veterinarian had parents who had dreamed of a cat for a while, so she knew that this could be a perfect match.

“My grandparents — who adore animals — had wanted a cat for a while but were afraid to get one, as they feared it might jump over the balcony of their apartment and harm itself. My mom realized that Pitoe, due to her scoliosis, would probably be a very calm kitty.”

An x-ray of little Pitoe: 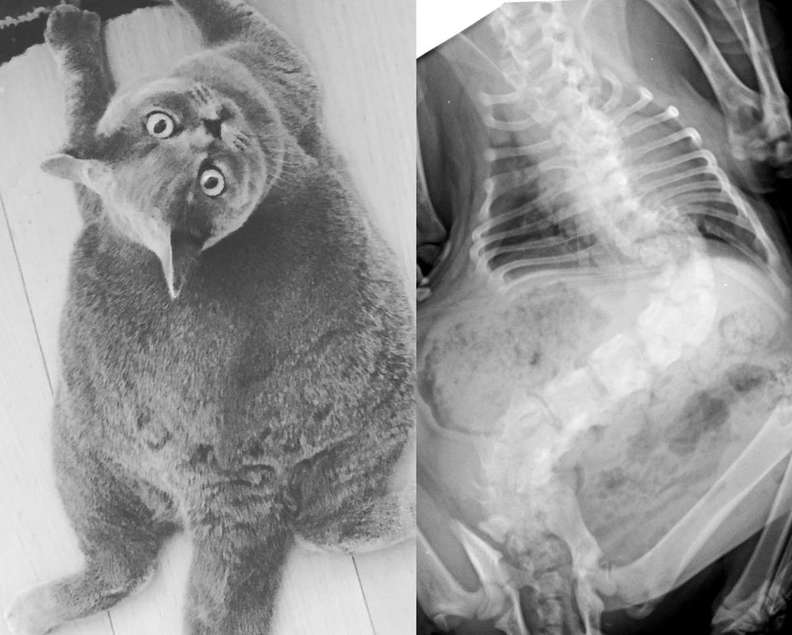 Getting around isn’t the easiest for Pitoe, but she’s treated like the little princess that she is in her forever home. And naughty cat behaviors like jumping on the counter isn’t something that they’ll find her doing. She’s served a special diet to help her maintain a healthy weight, so don’t let the chonky look fool you. She keeps her weight in check thanks to her devoted humans.

“She loves all the attention and looking out of the window. She loves naps and food like any other cat, and throwing her water bowl around.”

And Pitoe’s caregivers assure others that, “she can waddle, run, play, and climb like a pro.” One of her hind legs isn’t fully functional due to her condition, but it doesn’t slow her down one bit. 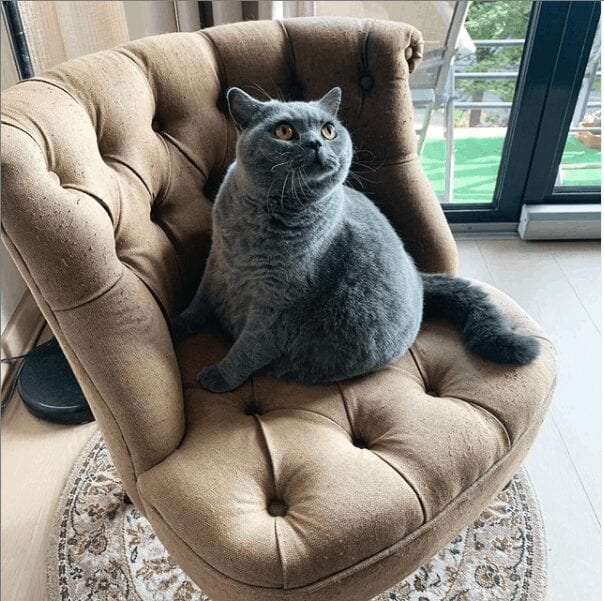 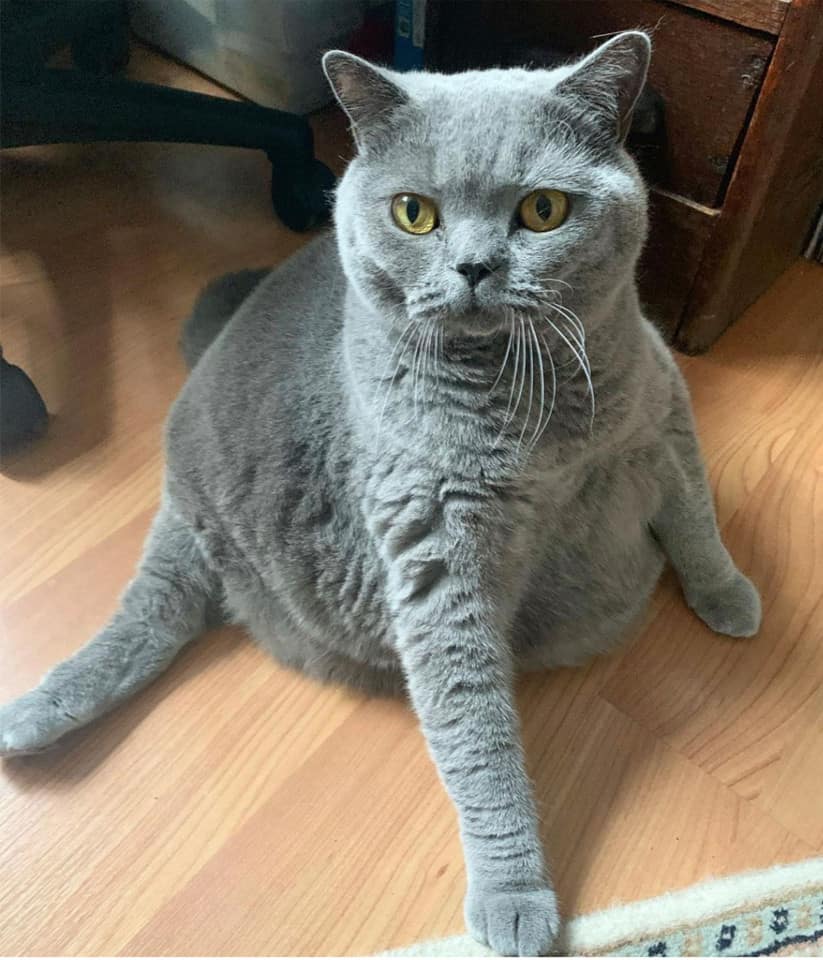 Pitoe is now roughly four years of age, and happily living the good life with her owners. Recently an Instagram was started in her honor, so that others can see her cute photos and keep up with her everyday life. Her Instagram bio reads that: “She has scoliosis which makes her body the round shape it is, but actually is pain-free & happy! She’s my grandparents’ cat.” 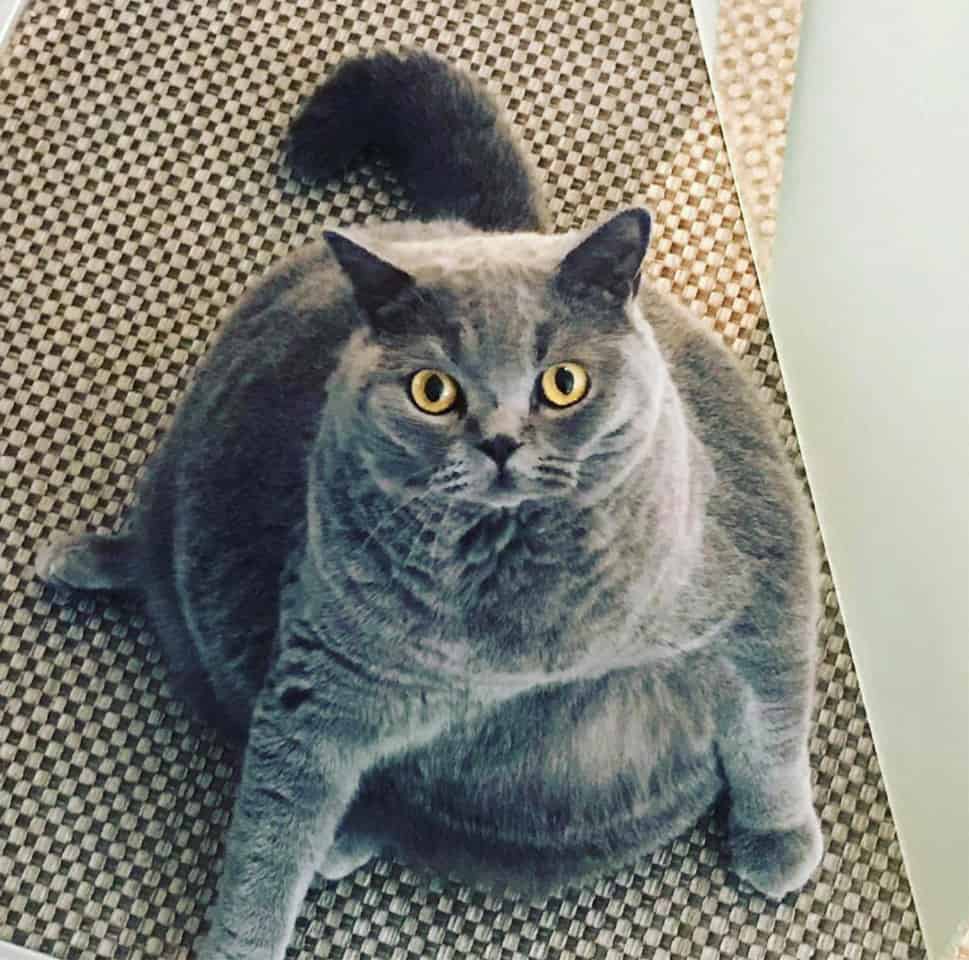 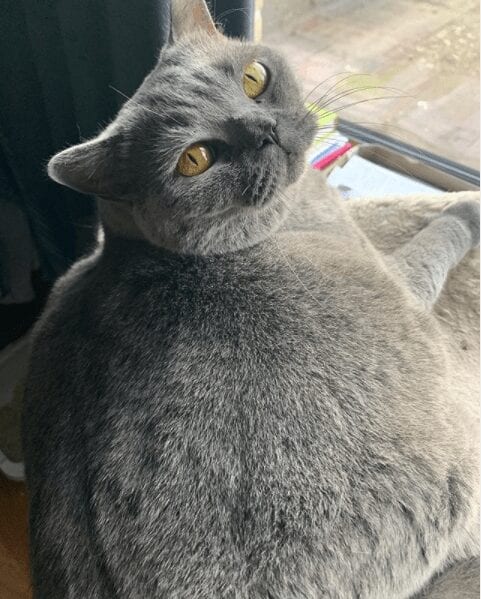 “It’s crazy to think how close she was to being put down, and now she’s the love of my grandparents’ — and our entire family’s — life.”

I’m grateful to see that Pitoe got the happy ending that she deserved. And her humans hope that by sharing her with the world, that hopefully other cat lovers out there will consider opening their hearts and homes to special needs cats.

Know someone who would enjoy reading Pitoe’s story? Share this article with them so they can learn of her happy ending.

All Images Courtesy of Pitoe the Cat on Instagram

Want to read the story of another special needs kitty who got their happy ending? Dobby’s uplifting story will certainly bring a smile to your face, too. And, I think it goes without saying that we can all afford to smile a little more right now. 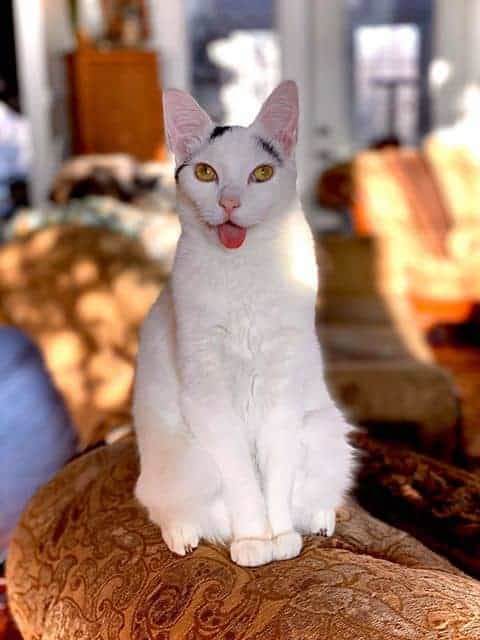 Feline 411: All About American Shorthair Cats

Here’s What You Need To Know About Cat Fights

Meet Blue And Ozzy: A Rescued Pair Of...