A cat with chubby cheeks and an adorable grin that can light up a room, British Shorthair cats are a favorite among many. While they are most popular in the UK, there are a great number of British Shorthair cats all across the globe. You know that these cats were born to smile, but what else do you know about these fluffy cuties? Learn more about them here with our fun facts about these beloved felines of the cat world. Their smile matches their perfect temperament because these cats simply love to be with their humans. British Shorthair cats are easy-going, loveable, and patient. This is not a cat that is loud or demanding, but a cat that prefers to pass the time with you sitting nearby—and not on you.

These cats are soft, with tons of short fluff, and their round tails and heads have fluff for days! If you think about it, these cats are almost like feline teddy bears! This should come as no surprise to you when we say that they are often referred to as such. 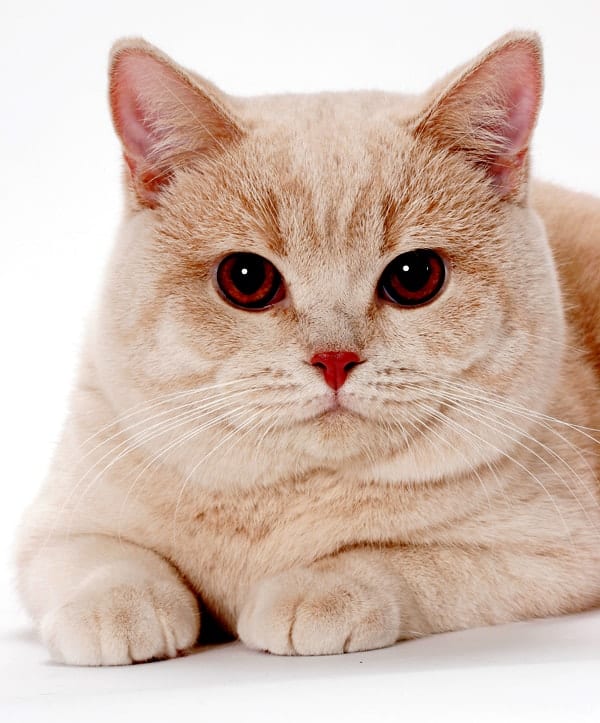 Due to those thick, dense coats of theirs, they might get a little toasty if they were to be perched on your lap, so they prefer to sit close by and carefully observe instead.

These cats can be shy or timid at first, especially when meeting new people, but once you’ve earned their trust and they know that you don’t pose a threat, you’ve found yourself a loyal friend for life! The British Shorthairs of yore were once street cats making their way around the old neighborhoods of England simply scraping by, but did you know that Ancient Romans once kept these British kitties in their homes? It is believed that these cats were actually imported to Rome from Ancient Egypt. And when the Romans invaded Great Britain in 43 AD,  the cats came along for the journey! 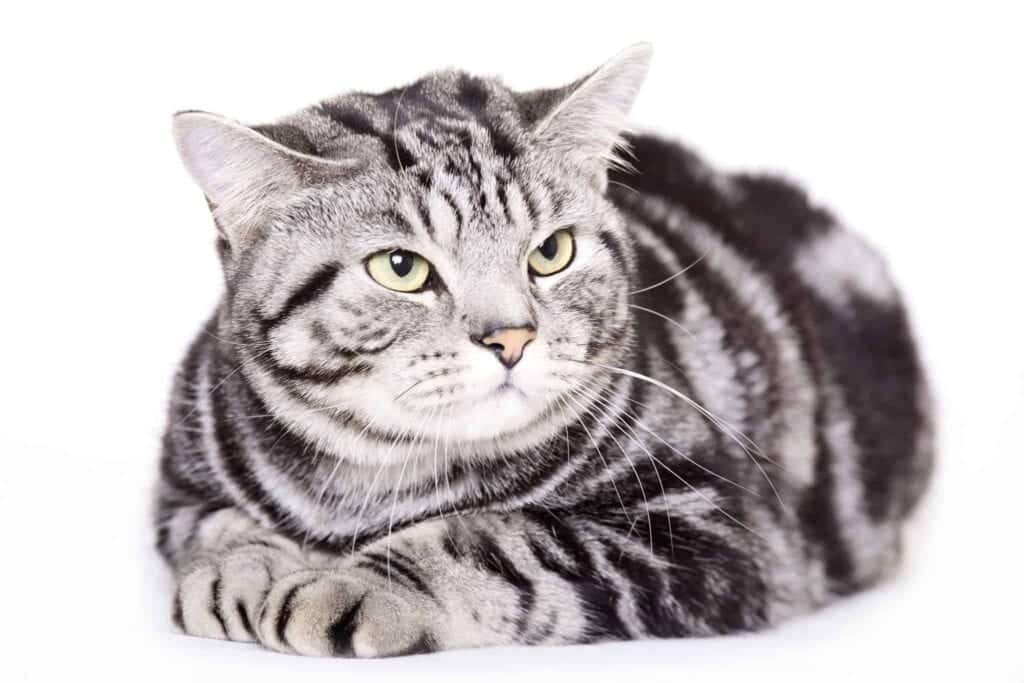 In the early 20th century, the growing demand for long-haired cats had reached an all-time high. So much so, that the once-popular British Shorthair nearly became extinct. Breeders worked diligently to preserve the breed, and we are so thankful their efforts proved successful! I know I couldn’t imagine a world without these lovely felines. While these kitties can come in bicolor, tabby, and calico patterns, there are a great number of cats in this breed that are true solids. And which is the most recognizable of these solid cats? Well, the British Blue, of course! With their mesmerizing orange eyes, the bluish gray hue makes these cats standout and shine.

Their thick, dense double coats actually shed year round. And while they are larger in size, that fur is somewhat deceiving if you go to pick one of these cats up and they feel much lighter than you would have expected. But like we said above, these aren’t your typical lap cats! 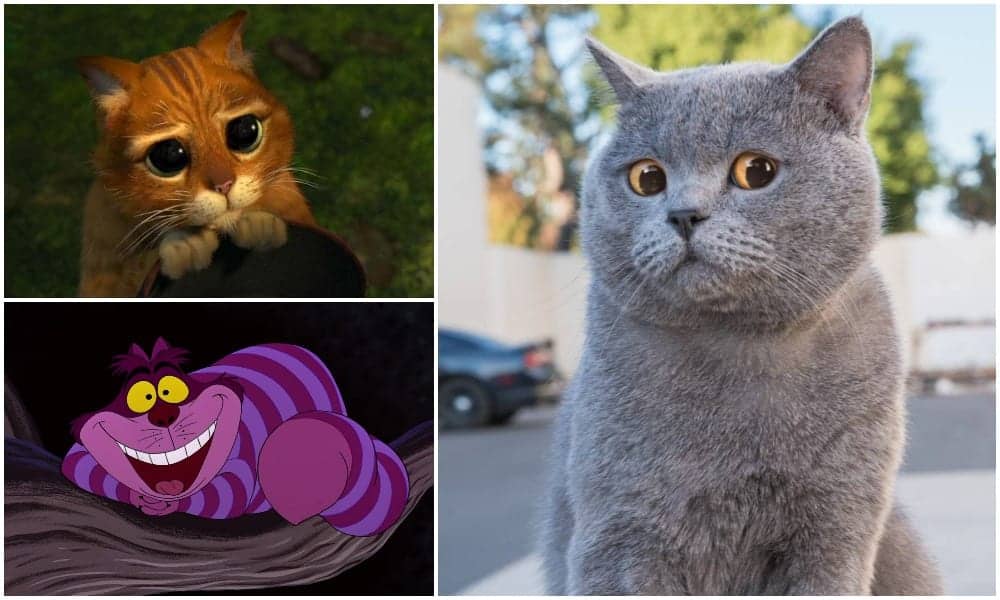 These are some of the most famous cats!

The Cheshire Cat of Alice in Wonderland and Puss in Boots of Puss in Boots fame are two of the most famous cartoon cats of all. And it’s widely believed that both of these cartoon cats are based on British Shorthair cats. Church from the original Pet Semetary film was a British Blue, and Prince Michael of Aaron’s Animals fame and the cutest little cat groomsman that ever was is a rescued British Shorthair kitty!

When you don’t finish your plate.

These hearty cats are typically 7-15 pounds at maturity, but it’s important to note they have a great love for eating. Should you share your life with one of these cats, then you know exactly what we mean when we say this. While these cats are naturally thick and muscular, they are predisposed to weight gain. And this is especially true for ginger tabby British Shorthair cats because we all know they are big-time eaters! Play it safe and closely monitor their food intake to prevent the onset of feline obesity-related conditions.

Interesting tidbit of cat history: in 1871, a British Shorthair cat won Best in Show at the first-ever cat show.

Check out our video from the Cattitude Daily YouTube Channel all about the British Shorthair…enjoy! Did you learn anything new about these popular cats? Share this article with other cat lovers you know who would enjoy reading about these proper pussy cats!

Why Won’t My Cat Stop Meowing At Me?

Cookie The Big Cat Mistaken For Mountain Lion In D.C.