We all can agree, cats have some pretty amazing eyes. No matter the color, we cat lovers are naturally drawn to these lovely orbs on our cats’ faces. For two Russian Blue female cats named Xafi and Auri, their gorgeous green eyes are truly mesmerizing and have warranted them many followers on social media. Get ready for double the pleasure, double the fun with these two Russian Blue cuties who have some of the most magnificent eyes you’ve ever seen! Just look at those faces! The green of their eyes contrasts beautifully to the silvery sheen of their luxurious coats… Xafi and Auri as kittens 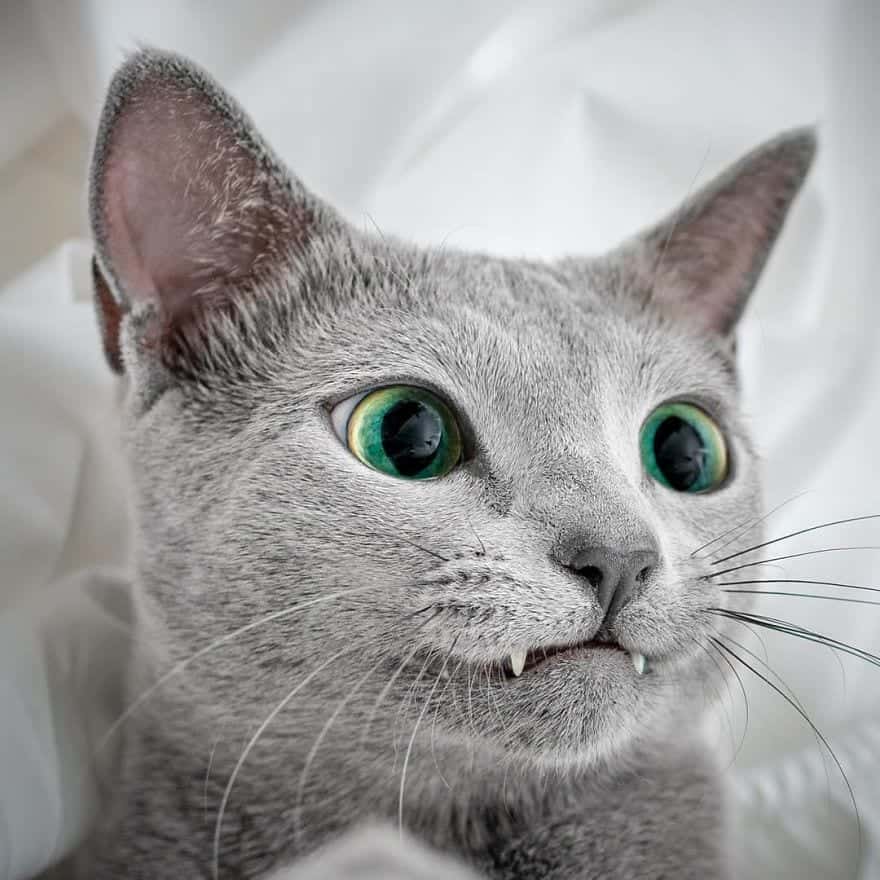 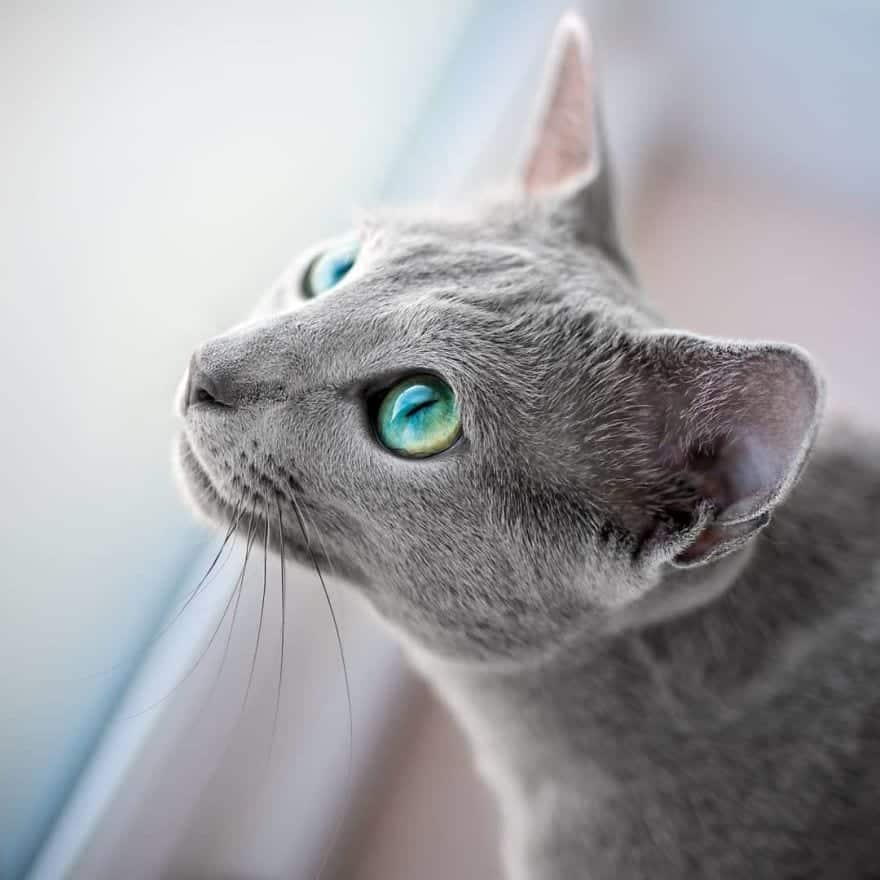 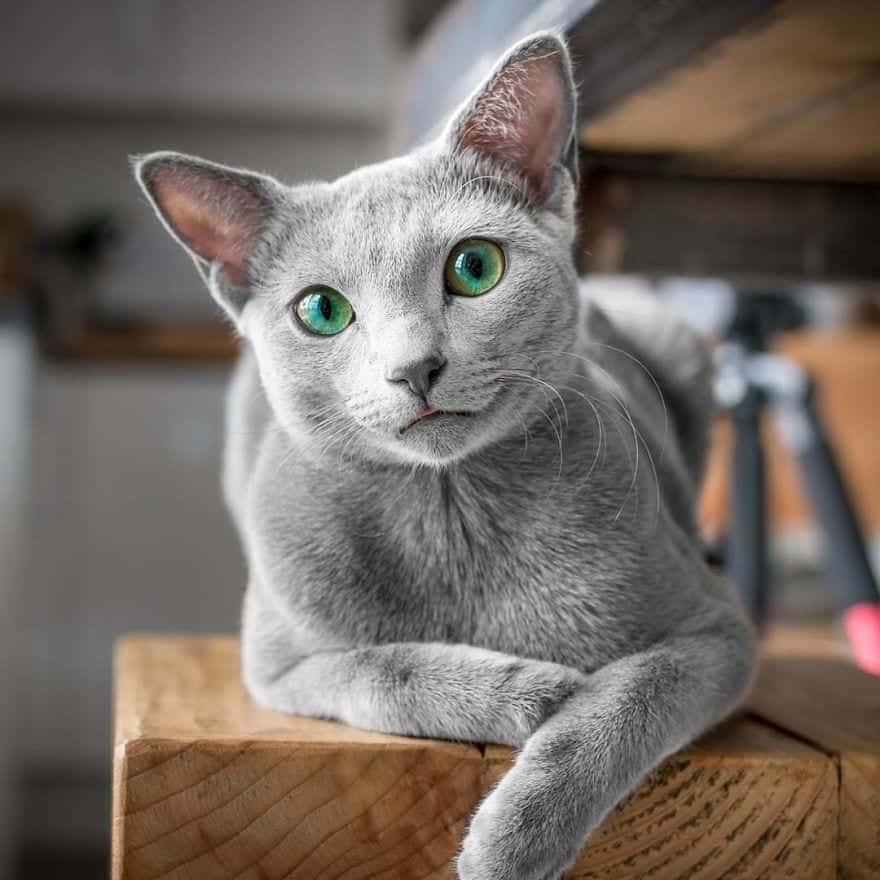 How could you not simply stare into these lovely peepers?! 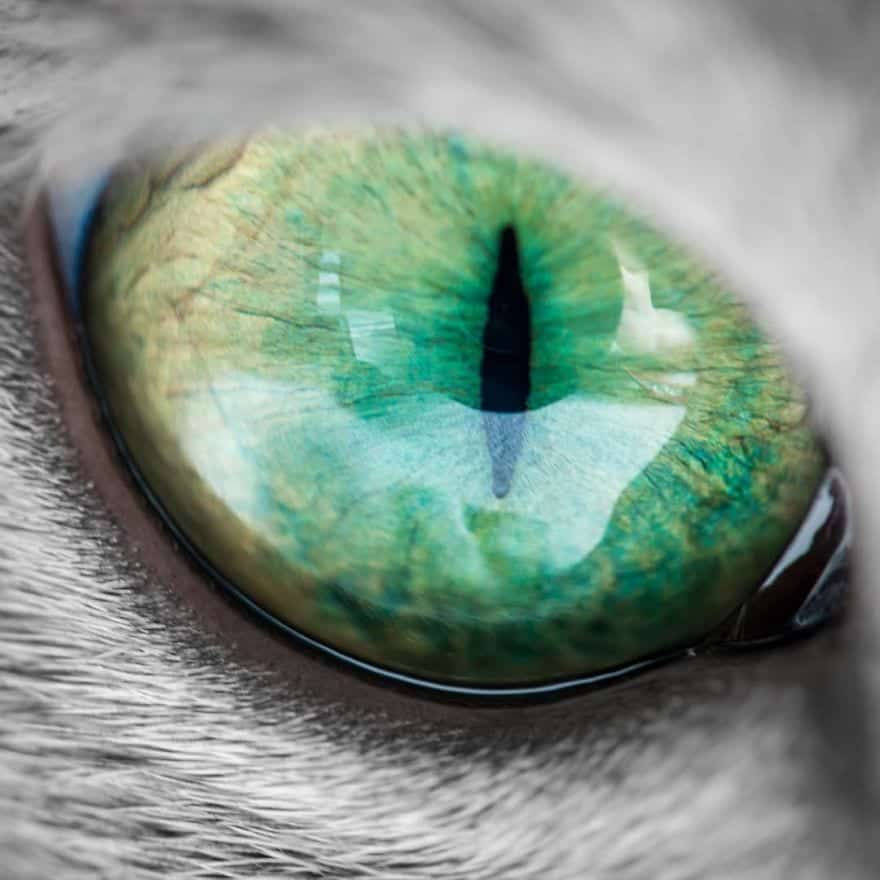 Up close and personal!

The two blue kitty cats live in Reading, England with their devoted owners, as well as a cat brother from another mother named Errol. Their cat house mate, Errol, is a Somali cat, and he is quite the looker! 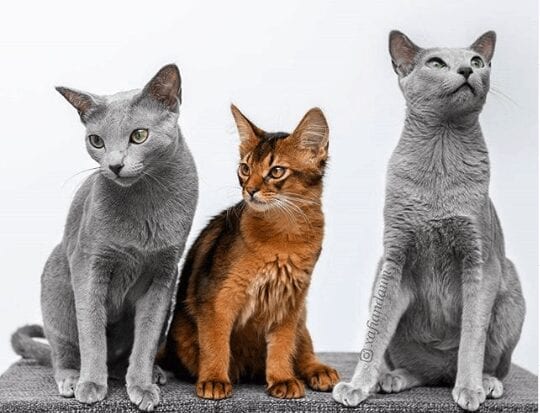 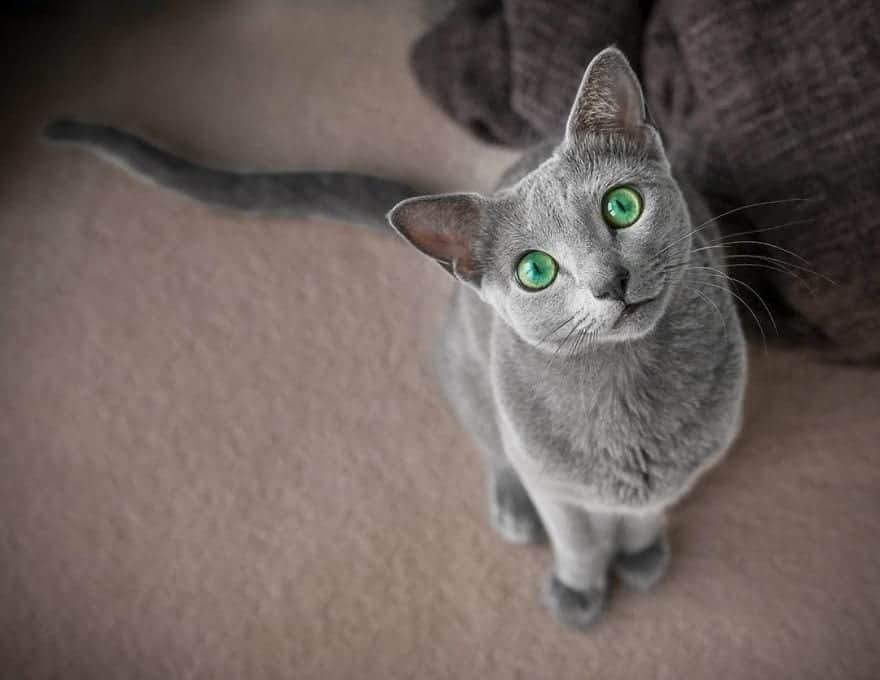 I could never say no to this face! 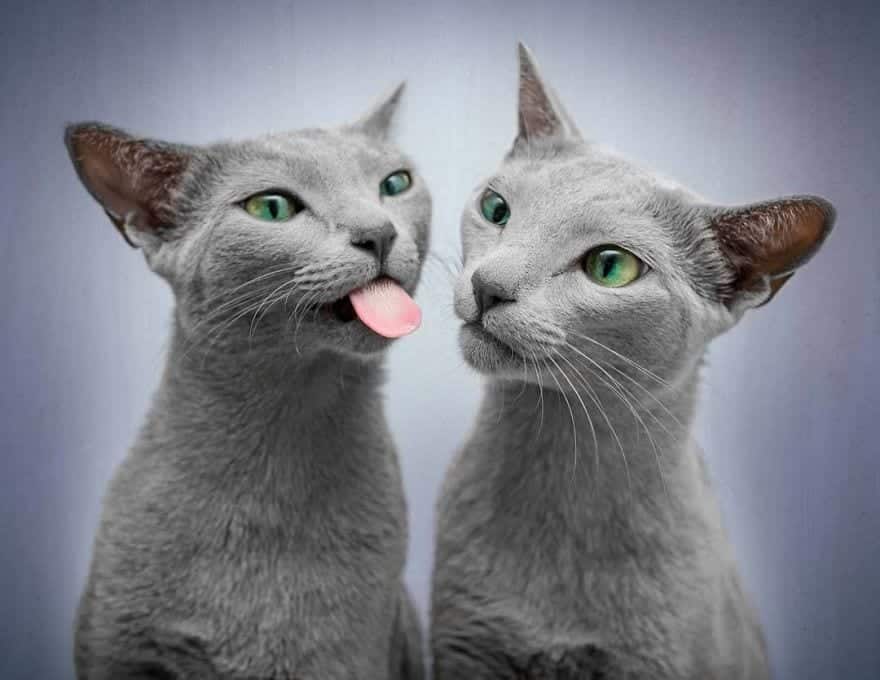 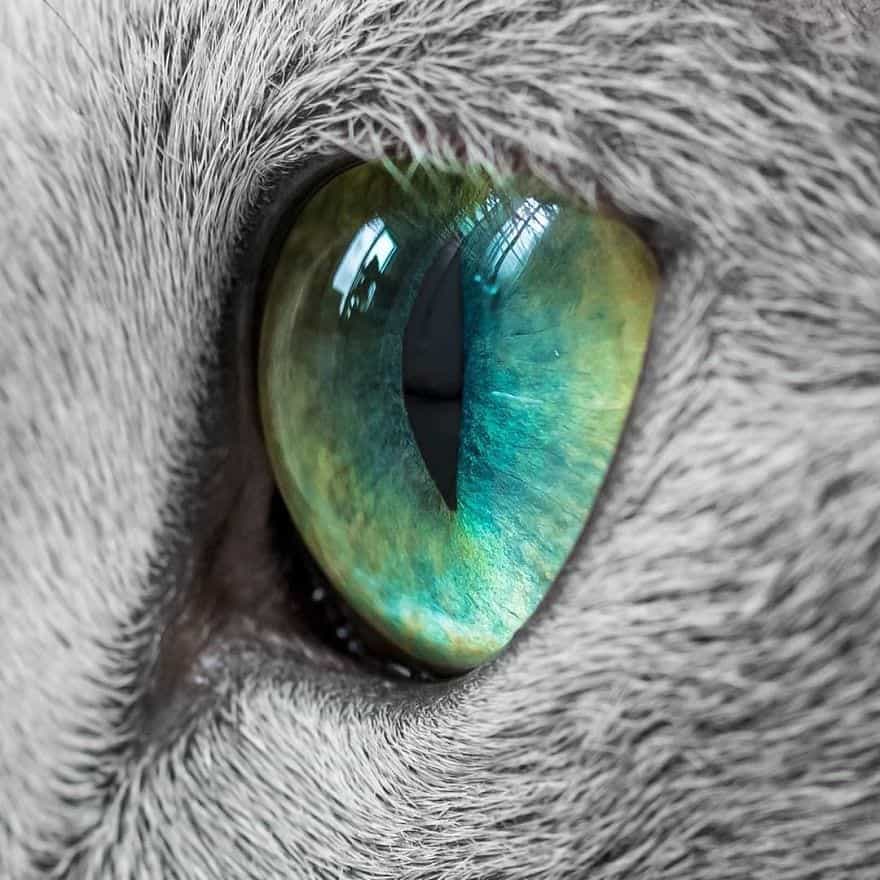 Side view of those mesmerizing eyes! 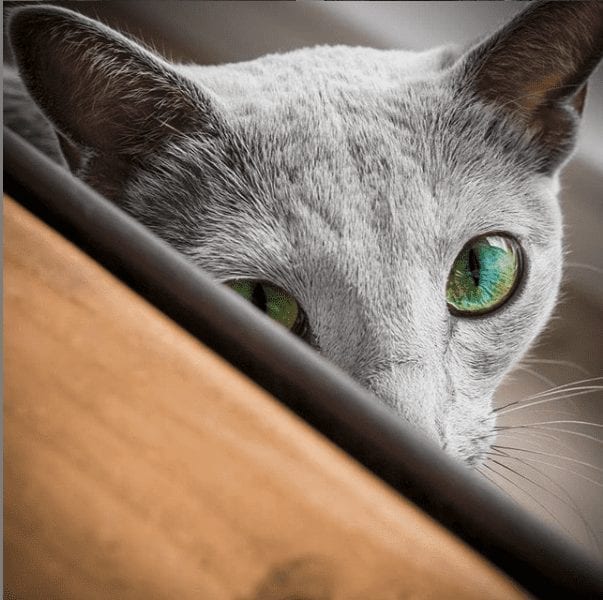 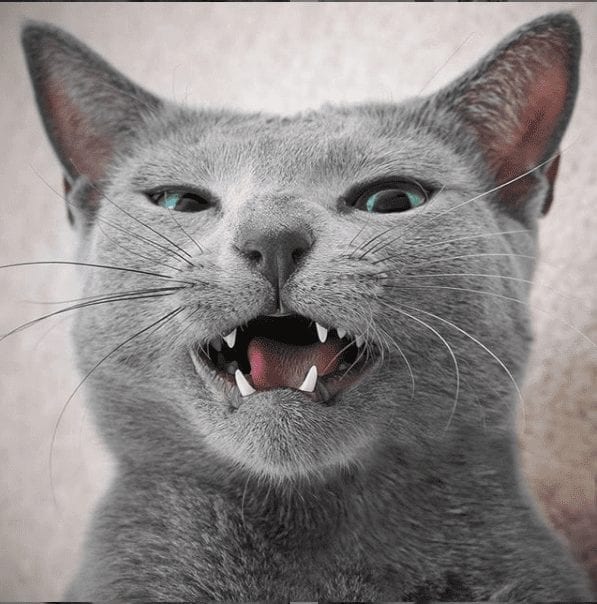 Kitty has something to say!

If you ask me, Xafi & Auri were born to be photographed! Want to know more about these two Russian Blue gals? Here’s what their owner has to say about them on their About Us portion of their website:

There are two more Russian Blue types, the Scandinavian Type and the British type (not to confuse with the British Blue which is another name for the British Shorthair cat!). 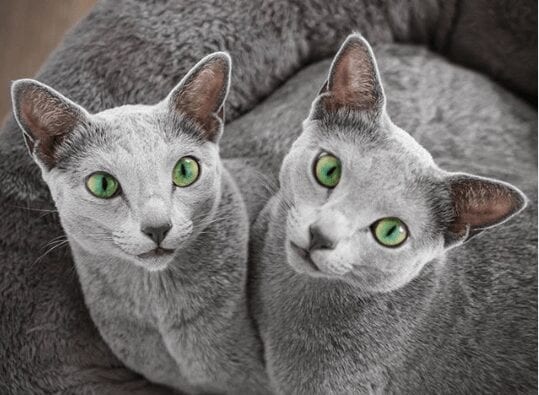 In general Russian Blue Cats are known for their gentle, intelligent and independent nature. They are avid shoulder riders and many learn to play fetch like a puppy. Instead of meowing they often chirp, but are generally rather quiet cats.

Can’t get enough of these Russian Blue kitties? You can find them on Instagram at XafiandAuri!

Want to learn more about Russian Blue cats? Check out my article here dedicated to these gorgeous gray kitties of the feline species and watch the video about them below:

ALL IMAGES COURTESY OF XAFI AND AURI