When you decide to live under the same roof as your significant other, there are bound to be compromises. There’s the basic things like what’s the right way to squeeze the toothpaste, or the way in which the towels should be folded “correctly” to your significant other’s standards. But what about when you put pets into the picture? It goes without saying that any good pet owner should want their spouse to like their pet and vice versa. Things might not always start off easily, but if a person loves another person, it’s in their best interest to care about their special person’s four-legged friend.

But, if there’s one thing that we know, it’s that jealousy can sometimes rear its ugly head. And, sadly, we know all too well that not every person is a cat person. (Which, if you ask me, is their loss because cats are totally awesome and often underappreciated!) 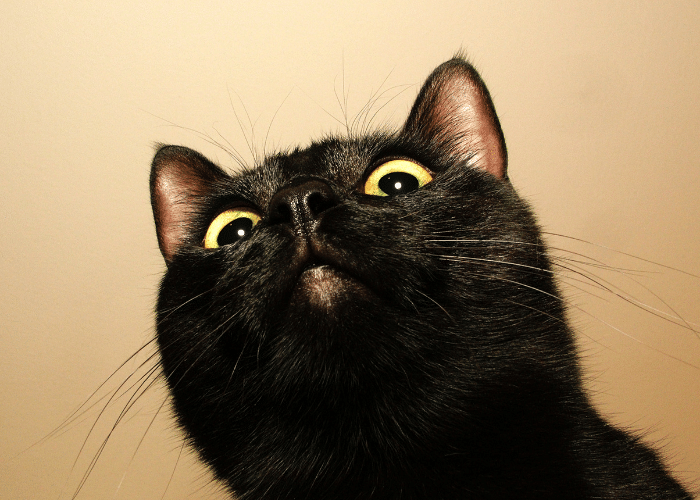 One cat loving young woman recently took to Reddit with her relationship plight, in the cleverly titled “Am I The Asshole” space. Quickly, users came to her defense. And, judging from her now thrown out boyfriend, it’s easy to see why. See what she shared below…

“For context, my (24F) boyfriend (30M) and I recently moved in together. It’s something we’ve been talking about, and when his lease ended he moved into my apartment.

I have a cat, Millie, who is my baby girl that I’ve had since she was a kitten. Back when my BF and I first started dating, he made the joke that if we were ever going to live together, he’d have to “get rid of that cat”, which I dismissed at the time.

When he would come over he would ignore Millie, making jokes about how cats are stuck up, how much he’s a dog person. Again, I dismissed this, bc he never acted hostile towards her. I figured it was just a preference.

When we started to get serious about moving in, he asked if I would consider giving her away, bc he didn’t like the idea of living with a cat. I almost laughed before realizing he was serious. I told him that under no circumstances would I get rid of my cat. I felt guilty about being unwilling to compromise, but he actually took it well, and reassured me that if she was this important to me, he’d get over it.

Fast forward to last night. I don’t think he realized I was in the kitchen when he came home. Millie was on the couch and I heard him go into the room and give this sigh.

Before I could call out, I heard him say “You’re so f*cking worthless.”

It terrified me, because I’ve never ever heard him speak with such malice. He sounded like a different person. It was just so cold and hostile that I panicked, and rushed out there to see him looking at Millie.

Here’s where I might be the asshole. I completely freaked out. I was yelling asking what he thought he was doing talking to her like that? He jumped and I scooped Millie up and told him to leave my apartment right now.

He looked so stunned and started to argue, asking where was he supposed to go? I told him that I don’t care, he just needs to leave.

He was pissed and said he was going for a drive and slammed the door behind him. I immediately started sobbing and holding Millie. I was shaking and she could tell I was upset and kept cuddling me. She calmed me down, and later when he text asking if he could come back, I said yes.

I put Millie in the bedroom so we could talk. We were both a lot calmer, and I felt awful after he explained his side. I’ll often call Millie little names and he said he was just trying to be playfully mean too and misjudged his tone. But he said it felt awful that I chose a cat over him, and that I called it “my” apartment when it’s supposed to be our place. He told me he was constantly feeling second best to Millie, who I wouldn’t even consider rehoming, and I had thrown him out over an animal when he’s a person.

I explained to him how much he means to me, and apologized for ever making him feel like this wasn’t his home.

I think I might have overreacted, but I just don’t know. He’s my boyfriend and she’s something I keep refusing to compromise on. But I also don’t believe that he just misjudged his tone. AITA?”

Naturally, this woman’s post has invited an astounding number of comments. Even Newsweek reached out to woman requesting an update on the situation, to which she said, “I’m going to speak with him again soon and post an update.”

This is certainly not the first time we’ve heard a triggering “it’s me or the cat story.” And for Millie’s sake, I can only hope that her owner sticks to her guns and parts ways with her cat-hating partner.