Why Has My Sweet Cat Suddenly Become Aggressive?

Cats always keep us on our toes, don’t they? With cats, they rely on us as their servants and also as their protectors should something go wrong that requires attention. In case you didn’t know, a lot of a cat’s socialization as a kitten will determine their behavior as a mature cat. But that’s not to say that a cat can’t learn new tricks so to speak. Any person who knows a thing or two about cats knows that they aren’t fans of change. And for us as their owners, we’re sometimes left puzzled when our sweet kitty cat suddenly becomes aggressive.

When it comes to cats, sudden changes in behavior are often a sign of an underlying issue. Cats are not spiteful beings, regardless of their penchant for knocking those breakables off your countertop. If your cat has suddenly become aggressive, there’s a reason for it. Here I’ll help you to pinpoint what it is so that you can help them to become their sweet self once more.

Cats suddenly become aggressive for a few reasons. Here I’ll overview the top ones for you: 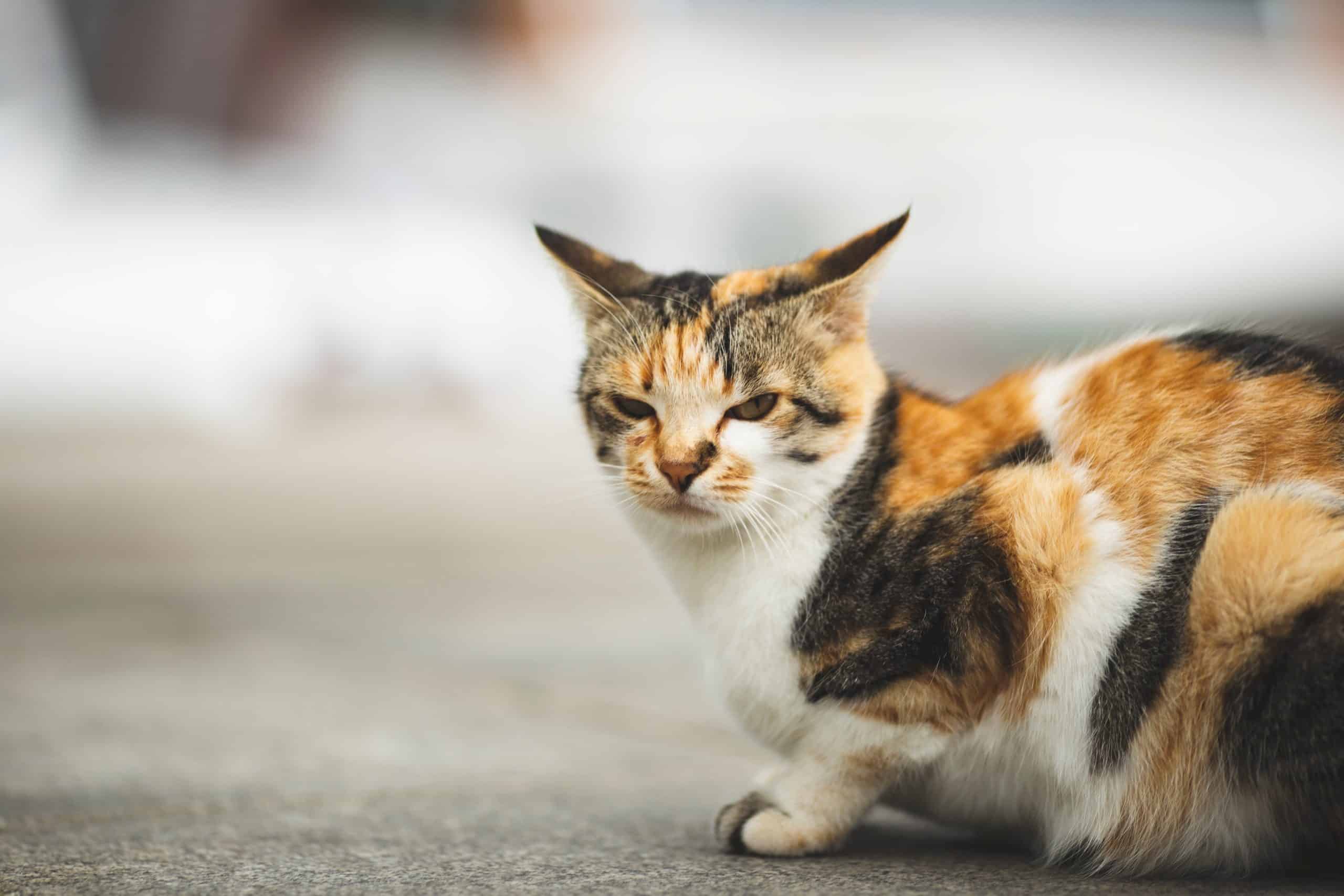 Your cat is in pain

Think about how you feel when you are hurting. You might not whine and complain, but remember, you are at least able to voice your complaints in a language others can fully comprehend. Cats that are in pain can react in a few ways. While stoic, your cat might suddenly meow often and at random, or they can recoil at your touch, and you guessed it, they can quickly transform into an aggressive feline.

Cats are non-confrontational, and they resort to aggression as a means of defense. Your cat is not out to get you, they might resort to aggression because they are hurting and can’t voice their pain to you in a way that’ll tell you what’s going on. Pay close attention to the times in which your cat has turned aggressive. If it’s when you’re going to pet her, then this can be a telltale sign that they’re in pain and reacting based on what is causing them pain. 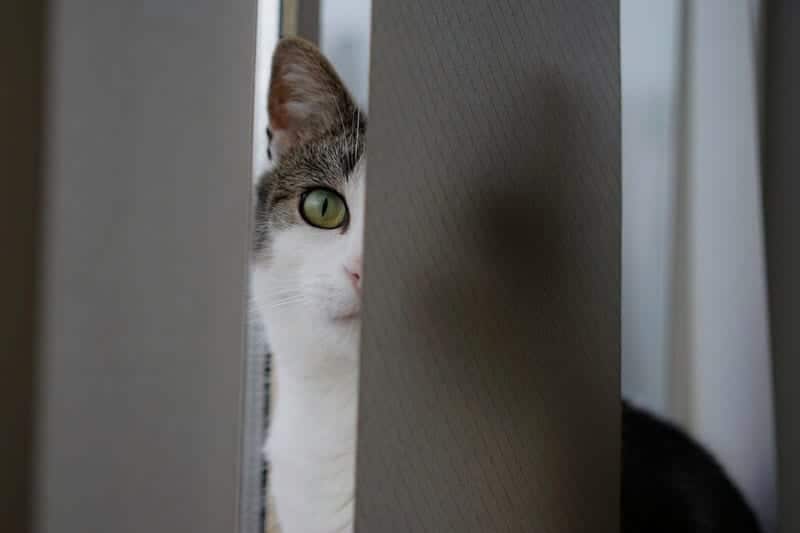 “Changes freak me out”

When introducing your cat to a new pet or family member, it’s always best to take things slow. Remember, your cat relies heavily on scent. And we’ve all seen those videos online when a cat owner goes to greet their cat with the scent of another cat on them. It doesn’t always end well, as we know. When a cat feels threatened, they might display their disapproval by way of aggression.

Your cat isn’t carefree like your dog is. They aren’t usually going to roll with the punches and just go with the flow. This is not their downfall; this is simply who they are, and it’s a part of what makes them special. We all know that a cat’s love is earned, not given. So, if they think for one moment that they’re second fiddle, they might turn into a combative jealous lover on you. If you can, try your best to make slow changes as not to upset them and hurt their feelings. They might be the master of side-eye and disapproving glares, but I promise you that cats—even the toughest ones—are very sensitive and take things deeply personally. 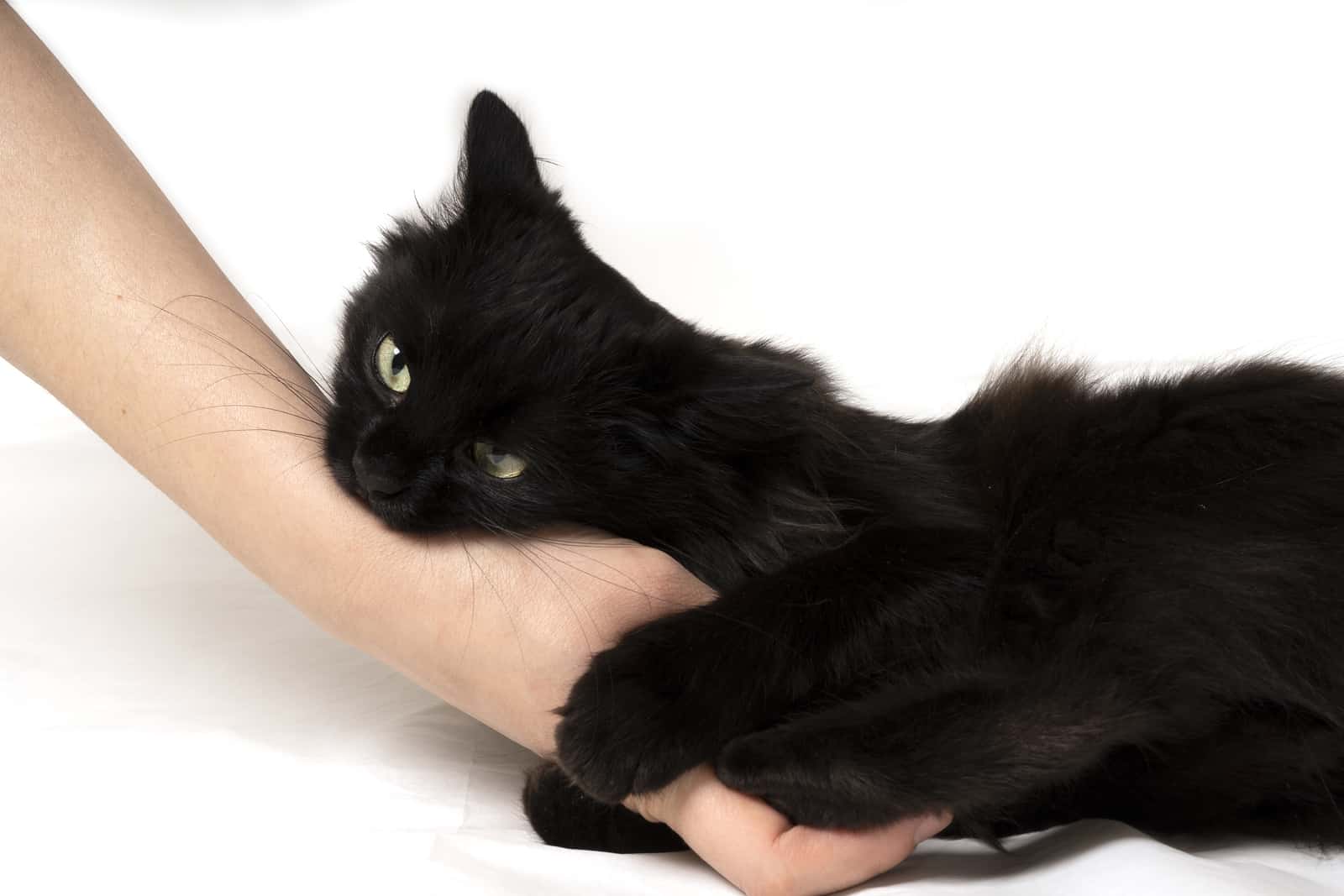 So, we know that sometimes cats can bite us when we are petting them because they can become overstimulated. But did you know that for cats, they learn their limits in terms of rough play when they’re kittens? If you have a cat in your life that plays pretty rough, think about their start at life (if you happen to know it).

For me, my Pepper was found abandoned in a field at around two weeks of age. He never had litter mates or other kittens to teach him the boundaries of play. When we first brought him home, boy, there were lots of scratches. But I never punished him for it, because it was by no means his fault since I know that cats learn proper play this way. Instead, when the time was right to introduce him to my older cats, they were able to teach him the ways of proper rough housing feline play.

My middle kitty Tom is quite small, but boy, he is scrappy. He quickly whipped ornery Pepper into shape and showed him when enough is enough. The two of them spend much time together, and I even see Tom seek out Pepper for play now, which is kind of an unfair match as Tom is just under 6 pounds and Pepper is an impressive 15 pounds. But it’s about the fight in the man and not the size of him, right? I’ll let you know who wins most battles without giving you any hints. 😉 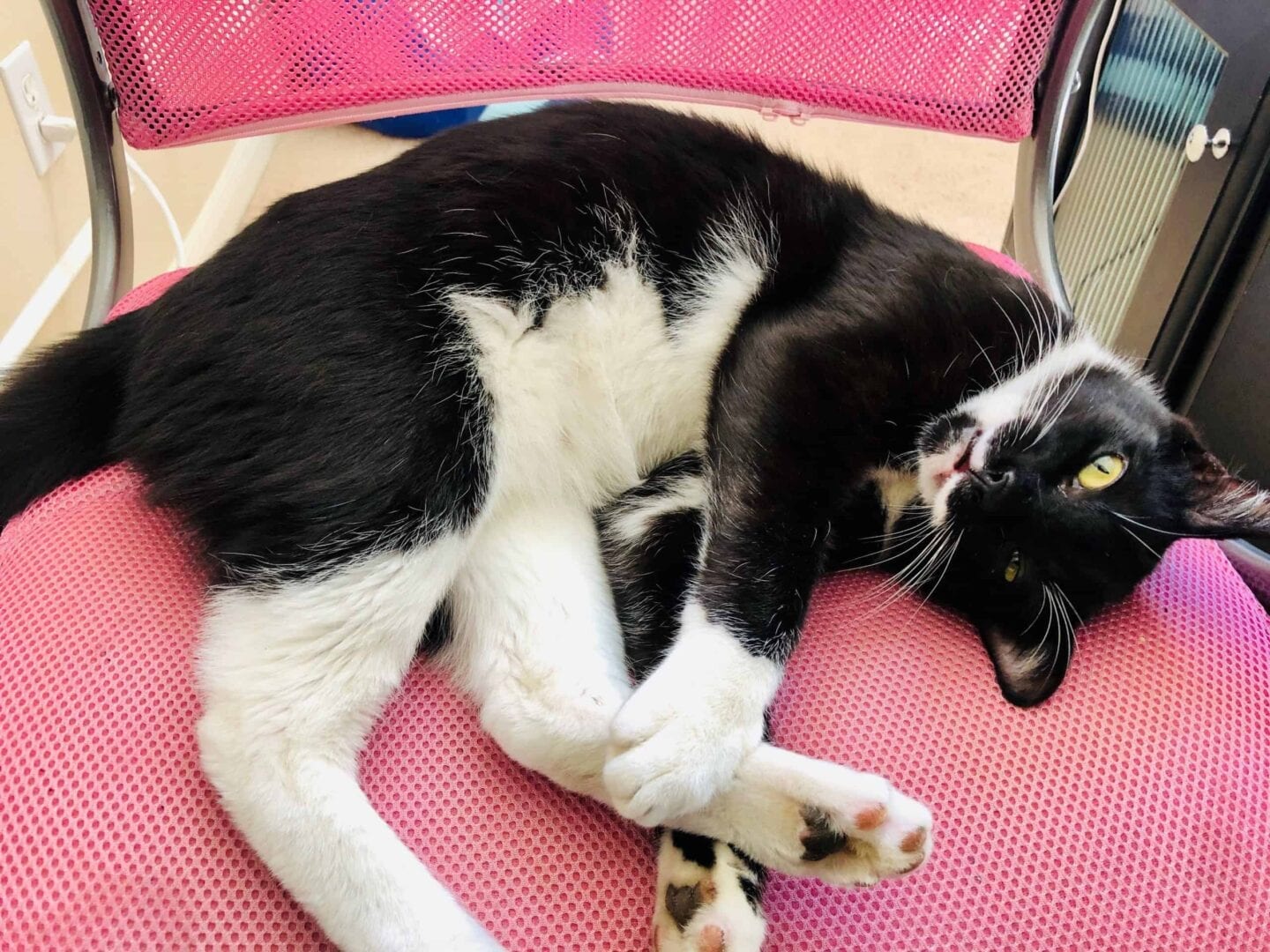 The moral of the story? Your cat is still wild at heart, and cats do enjoy a good romp.

Although, of course, there is a clear line between aggression and rough play. Cats are also opportunists. If the opportunity keeps presenting itself, they will keep doing it. If your cat is suddenly getting aggressive, it’s best to redirect that aggression. You can best do this with a firm “no” and walk away. Don’t keep engaging with them. If you do, you are simply inviting this behavior to become a routine. Just like when they wake you up in the night to eat and you give in and do it. By doing so, you’re giving in and showing them who is boss and losing precious sleep. Spare yourself sooner rather than later, and fill that food bowl before bed!

Did you learn anything new and interesting about our feline friends? Don’t forget to share this article with another cat lover that you know so that they can learn something, too.

30 Cats And Kittens Rescued From RV In 100 Degree Heat