Home Cats Why Do Some Cats Hate Other Cats?
Cats

Why Do Some Cats Hate Other Cats?

What could ever be better than having a cat in your life? Having two cats! Or three, or four… It’s 2021 and you survived the COVID pandemic, who cares about how many cats you have. We have one cat with our five dogs. Her name is Kintla and I adopted her 3 years ago come October as a kitten (that’s what you get from working at a clinic that works with the town’s animal shelter).

Anyway, I brought Kintla home while my husband was at Cow Camp gathering cows for a week, surprise babe! She was supposed to be my kitty – the kind that snuggles on your chest and purrs all night. At least that’s what I had hoped for. But no, she is 110% a daddy’s girl… go figure. So, I tell him that next time a male Tuxedo kitten rolls in, I’m bringing him home. But I don’t know how Kintla would respond. Some cats absolutely hate other cats. But why? Usually, it boils down to two simple aspects of their lives. 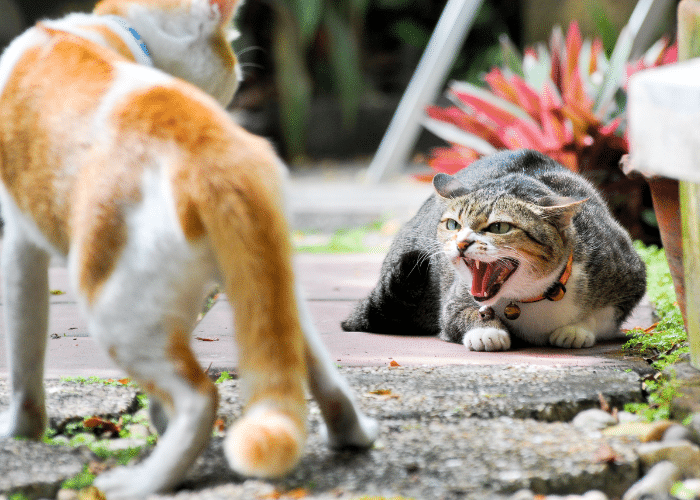 Did you know cats are extremely territorial? It is so true. A house is their house and they may not want anyone interfering with their home. If they do, catfights may arise and even worse, your cat may be so mad at you for bringing in an outsider that they start not using their litter box. Once a cat has claimed their territory, they may not want to share it with anyone. This can really come into play when you have two intact male cats. Ever heard an alley cat scream at night? That’s to keep an intruder out of their grounds.

This is the biggest reason cats hate other cats, they have never been around them! They may have no idea what another cat even is, for all they can tell, the new cat may want to eat them for dinner. You’ve heard of how important it is to socialize a puppy to decrease the chances of being aggressive around other creatures like dogs, cats, and people. But, the same applies to cats too! It is important for kittens to grow up meeting other critters so they aren’t terrified and full of hatred. You want to promote positive interactions with other cats to avoid your cat hating every feline around. 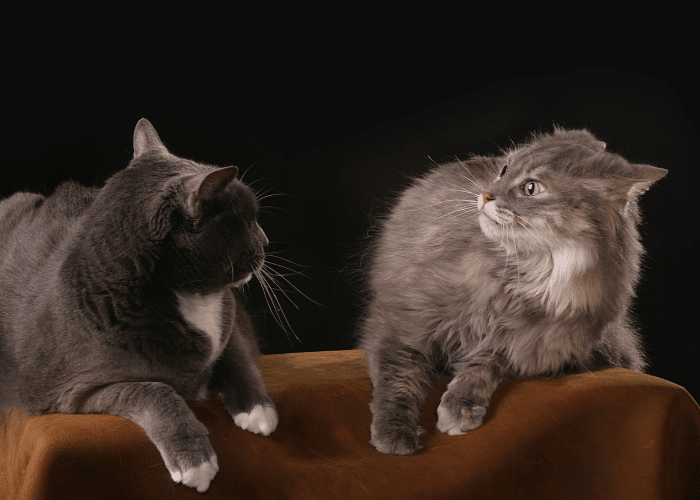 How to help a cat that hates other cats

Usually, the reason why cats hate other cats is because they haven’t been socialized around other cats. So, if your cat has been an only child for years and you want them to have a brother or sister, you need to introduce them slowly.

Put them in separate rooms with an adjoining door so they can sniff each other under the door frame. You can also put one of the two in a kennel and introduce them that way. They may hiss at each other, but at least they are both protected.

Once the initial stage of introduction has gone well, start letting them be in the same room under your direct supervision of course, no one likes emergency vet bills!

You can also install “happy vibes” by using cat pheromones, which you can read more about here.

It may take some time, but you can change your mind about your cat’s views of other cats. Oh, and if you are wondering, no male Tuxedo kittens have rolled through our clinic yet, but we still have plenty of time and I’m hopeful! How did it go when you introduced your cat to their new housemate? 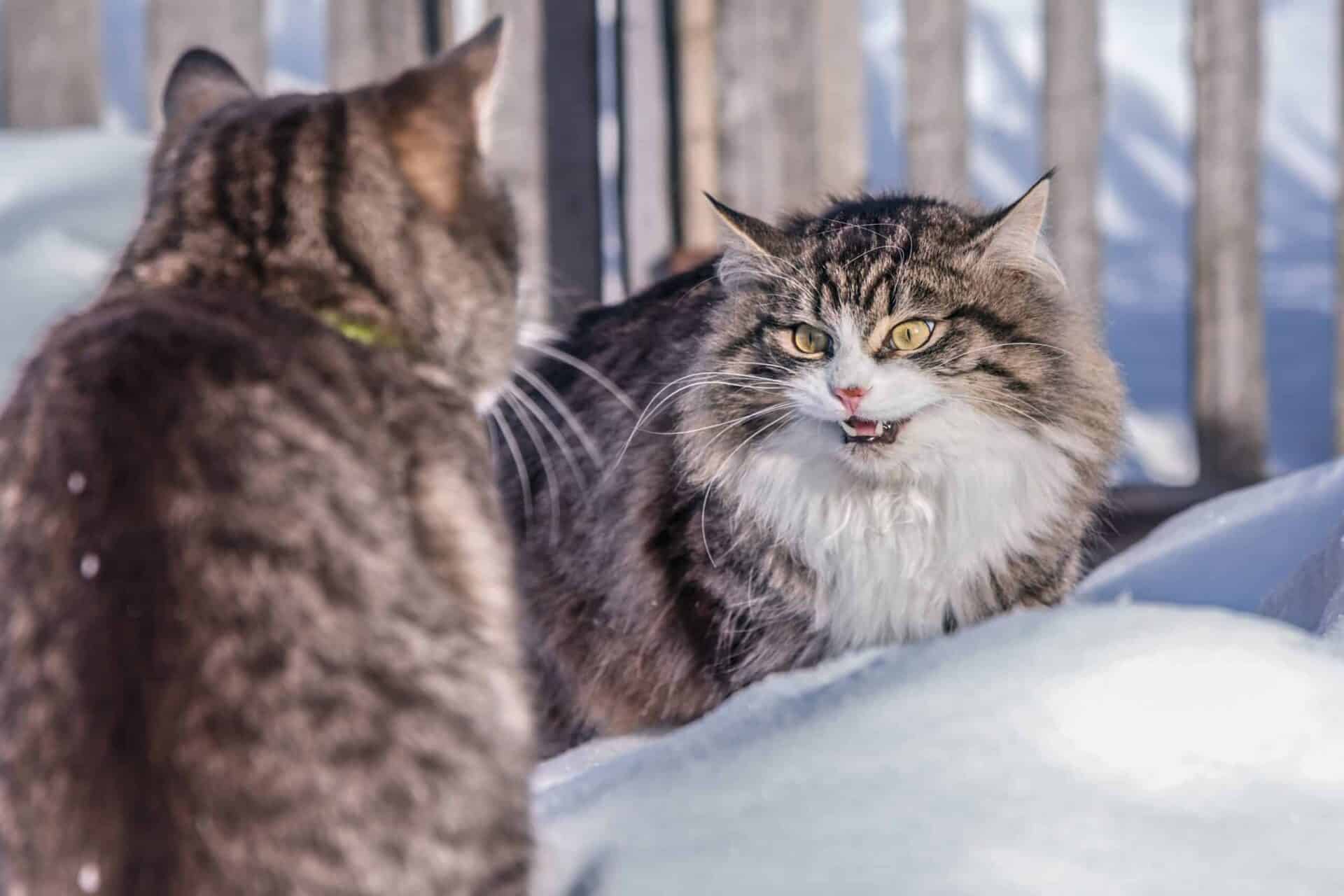 cat behaviorwhy does my cat hate other cats?
2
FacebookTwitterPinterestEmail