There are many human foods that cats are naturally curious about—as well as others that cats are quick to turn their noses up at. We know that cats are crazy for tuna fish, they’ve got a thing for green olives, and many cat owners know all too well that kitties love bread. Cats are obligate carnivores, but that doesn’t mean that bread isn’t tempting to them. After all, this delicious carb is hard to resist, and it seems that our feline friends think so, too. But, have you ever wondered why cats love bread so much? I have the answer for you…just keep reading! 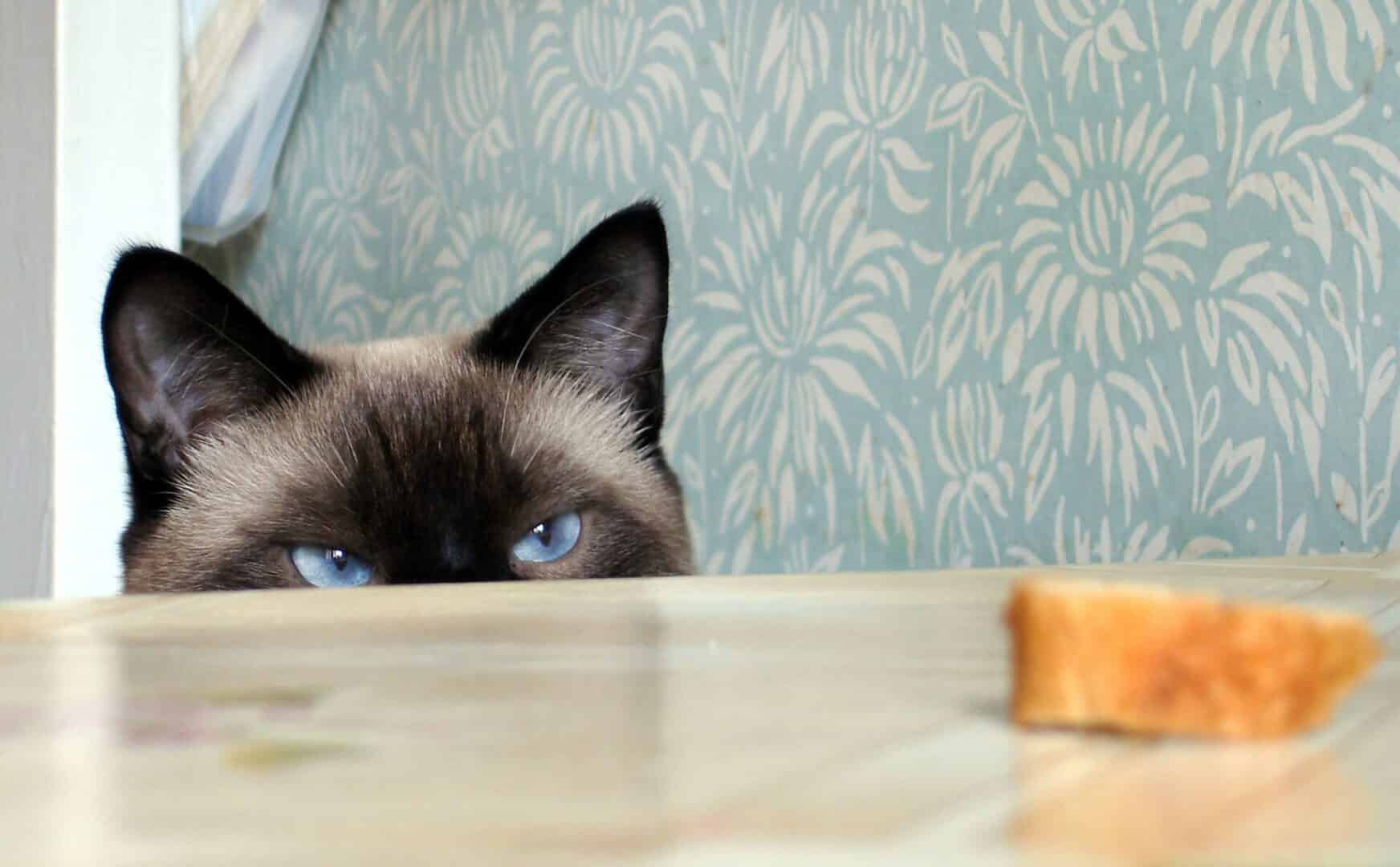 Is your cat a bread bandit? Well, you’re not alone…

Cats are notorious for taking advantage of your unwatched food when the opportunity arises. After all, cats and dogs are both opportunistic by nature, so we can’t really blame them for taking what they want when the opportunity strikes. Whether you’re eating a muffin, pizza, or a tasty sandwich, your cat will likely be drawn to it because of the bread factor. Cats are naturally curious about the food their humans eat, which makes sense seeing as cat kibble can get kinda boring after a while. Your cat’s sense of smell is quite strong, and when they smell something that’s appealing to them, they’re likely going to want to taste it too so that they can match those tantalizing smells with the ability to taste what’s luring them in. 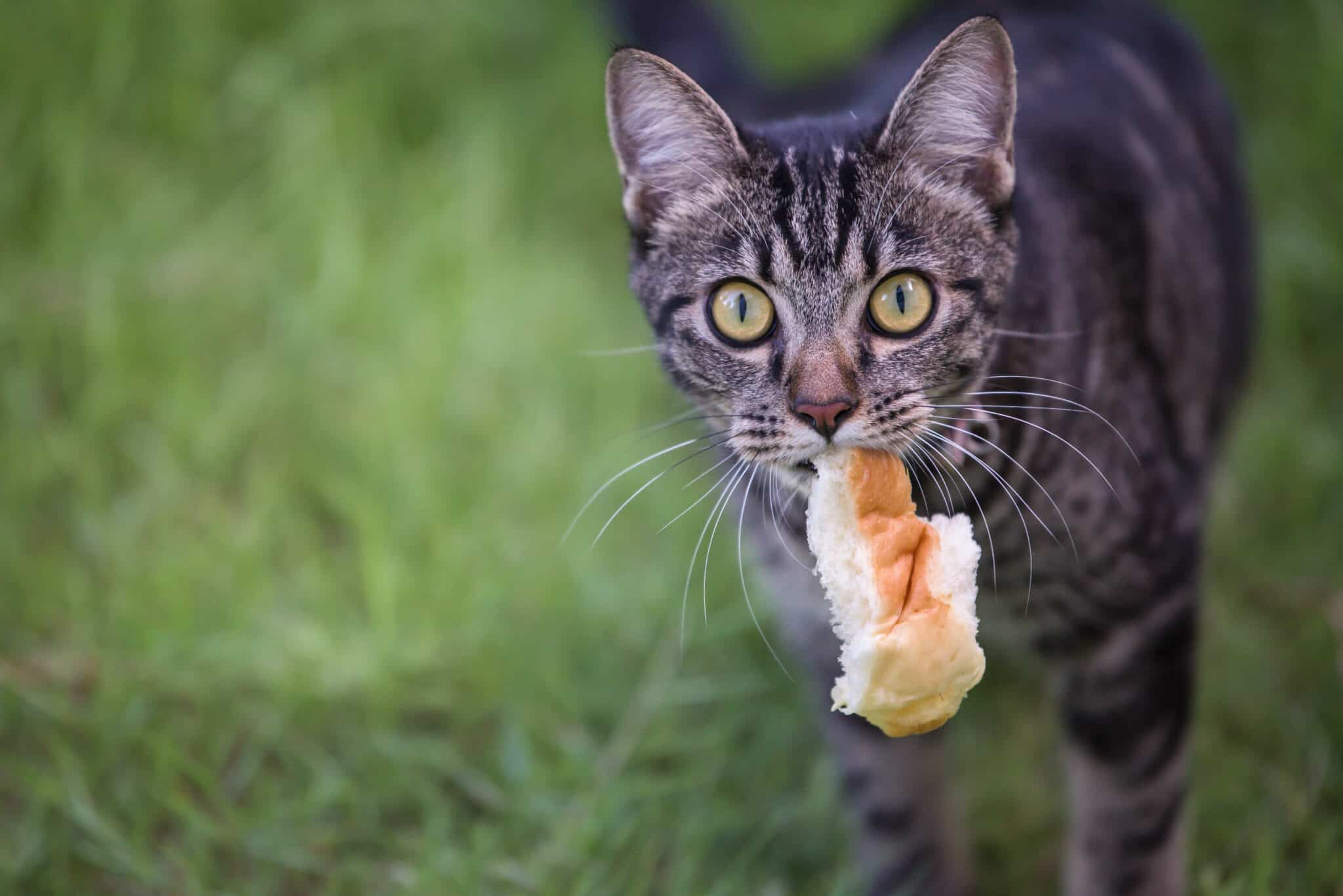 Cats are attracted to the taste and smell of yeast

Your cat is smart, and if they’re naturally drawn to something, there’s a valid reason for it. You may not have known this, but many cat foods and treats contain yeast (usually brewer’s yeast). It’s always important to consider what treats you’re offering to your cat because often they are chocked full of fillers your cat doesn’t need. Cats are not only attracted to the yeast in bread, but many also like taking a nibble of bread because they are attracted to the crunchy texture, too. But, remember, bread can be a choking hazard for cats so don’t leave out a tempting loaf on the counter thinking your cat will ignore it.

Cats are attracted to the scent of yeast and not the bread itself, so they won’t be able to differentiate if that bread is toxic for them to consume. Don’t take the risk! Sadly, there isn’t much scientific evidence to prove why cats love the smell of yeast as much as they do. (Trust me, I searched long and hard.) But, if you know how the cat’s brain and senses work, then you’ll understand that when they get a whiff of something tempting, their minds instinctively tell them to try and taste it. You might have a very polite kitty who is regularly on their best behavior, but don’t be surprised if they transform into a bread bandit once that tempting yeast aroma hits their sniffer! 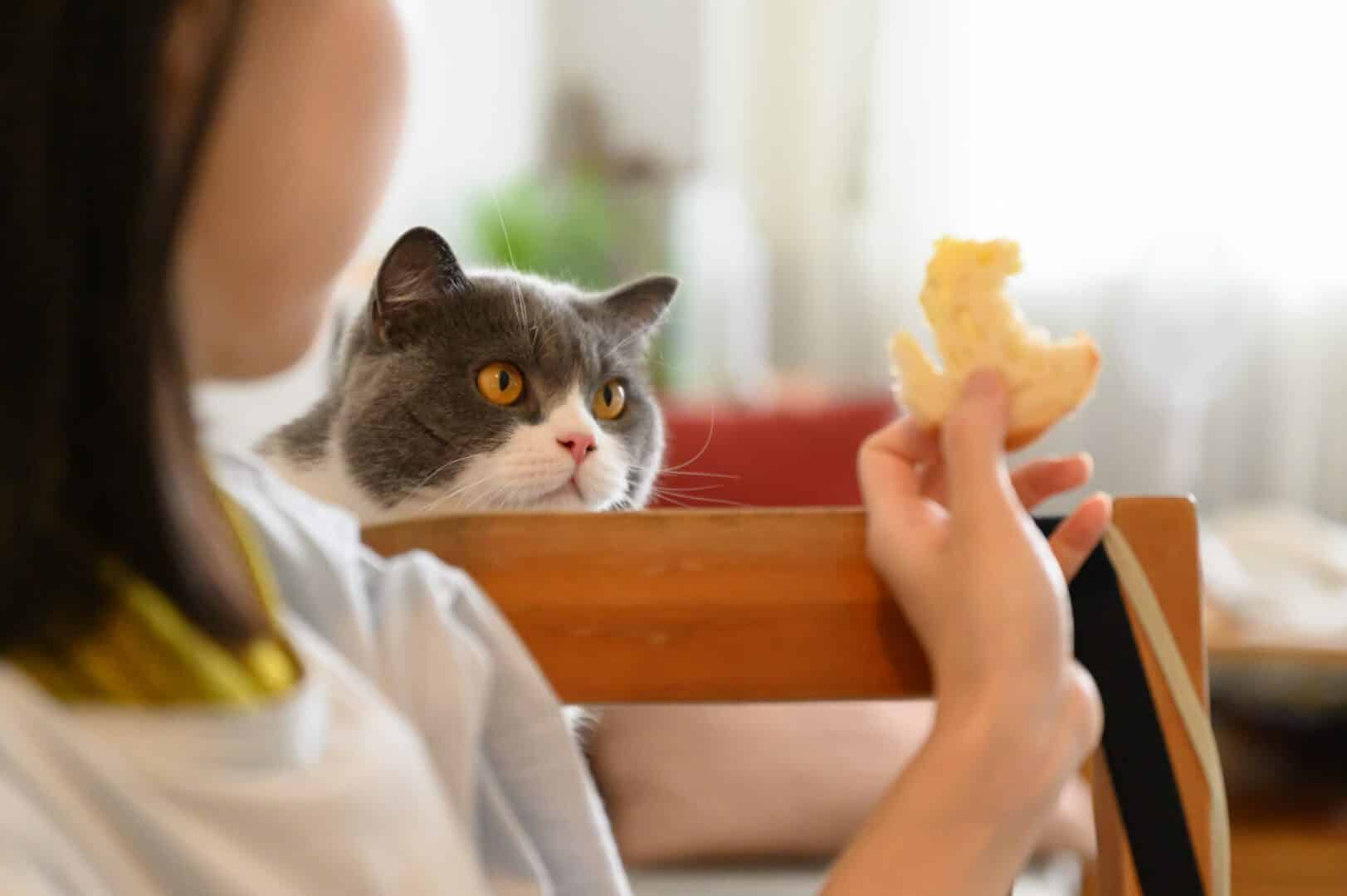 Remember that cats are obligate carnivores, so limit their bread intake

Unless you’re on the keto kick, when you buy or make bread at home, it’s going to be loaded with carbohydrates. Generally speaking, it’s alright for your cat to be rewarded with a bite or two of your bread, but for their health, leave it at that. A cat’s delicate digestive system relies on proteins and not carbohydrates to function, so you don’t want to interrupt that balance. However, it’s important to consider the bread’s ingredients when sharing with your kitty. You want to only offer your cat plain bread, and never bread that has dangerous ingredients that can make them sick, such as bread that contains onions, garlic, or chocolate, for example. Just keep in mind that feeding bread to your cat offers them no nutritional benefits.

Now that you’ve learned all about why cats love bread so much, check out this next article on Cattitude Daily to discover why cats are crazy about olives. Hint: it’s a specific type of olive that they can’t get enough of!