In the mind of your cat, there’s nothing quite as insulting as closing a door. They’ll meow, yowl, and scratch at the wood as if their life depends on getting past that force field of man-made deprivation. Not every cat carries on when they’re faced with the obstacle of a closed door, but for one reason or another, we all know a dramatic feline that is fully capable of making a scene when they don’t have unobstructed access to the house. So, what’s the deal with cats and closed doors?

Your nap-happy house cat isn’t destined to roam the Savannah like their big cat cousins, but domestic cats and wild cats do have a thing or two in common. One of those commonalities is their territorial instinct. 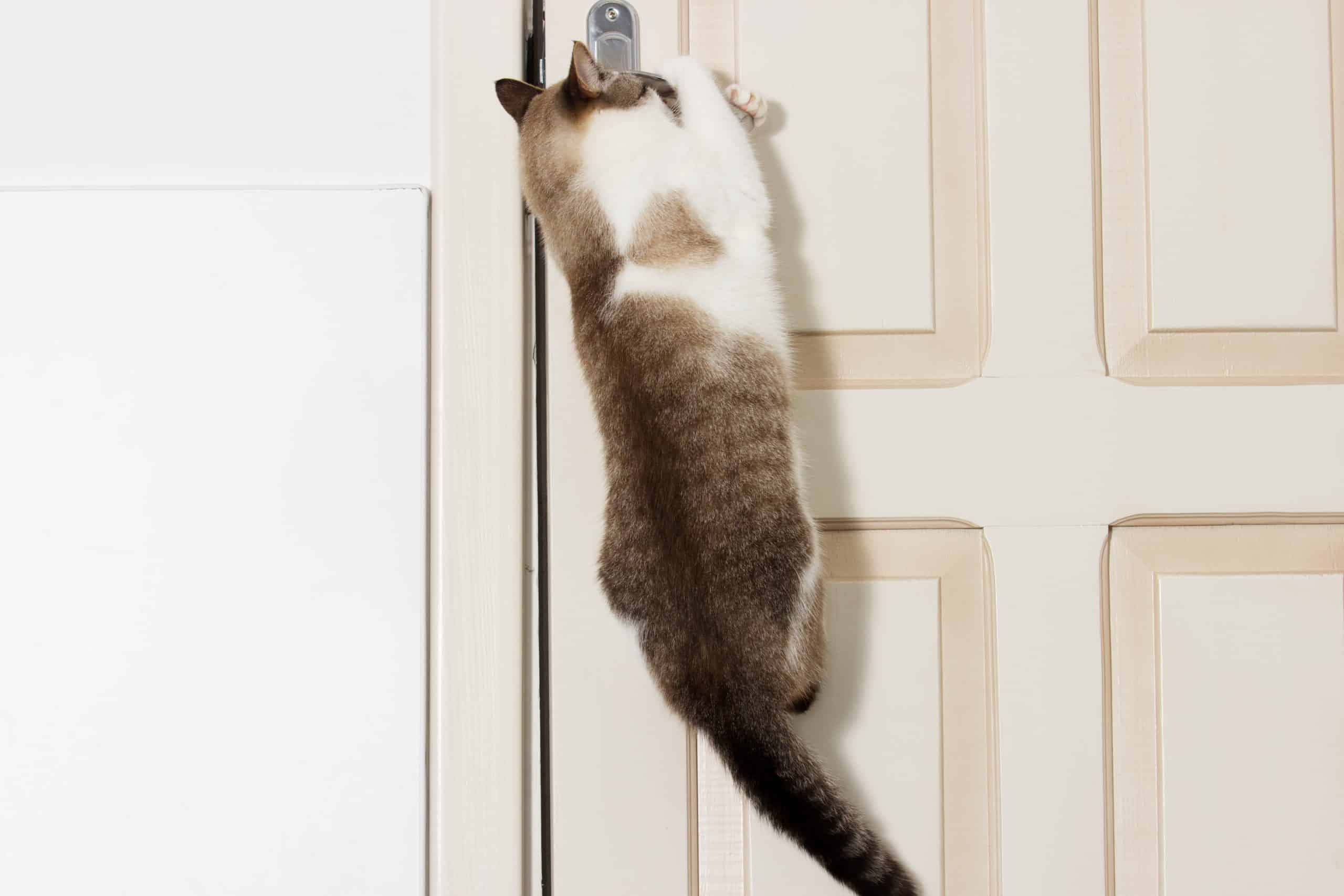 In the wild, a cat’s survival depends on claiming and keeping their own territory. It’s an area that includes a safe place for them to sleep and find food. They patrol their land on a regular schedule and leave their scent in strategic places to warn off intruders. If their boundaries aren’t respected, they’re willing to fight for what they believe is theirs.

Outdoor cats are the ones most likely to take their territorial instincts seriously. That doesn’t mean, however, that indoor cats can’t be territorial. If your cat enjoys all-access to your house, it doesn’t matter who pays the bills—your cat sees your home as their territory. From their favorite spot on the sofa to the corner of the closet where they like to leave hairballs, they see the walls of your house as their rightly claimed homeland.

So, when your territorial cat encounters a closed door, they easily become distressed. That impenetrable barrier blocks them from an area that they see as their territory. It stops them from patrolling their lands and restricts their ability to defend what’s theirs. Imagine if you owned an acre of land and someone suddenly built a wall that blocked your access to part of your property. You’d be rightfully distraught, confused, and most likely angry. That’s exactly what’s happening with your territorial cat when they carry on outside a closed door. 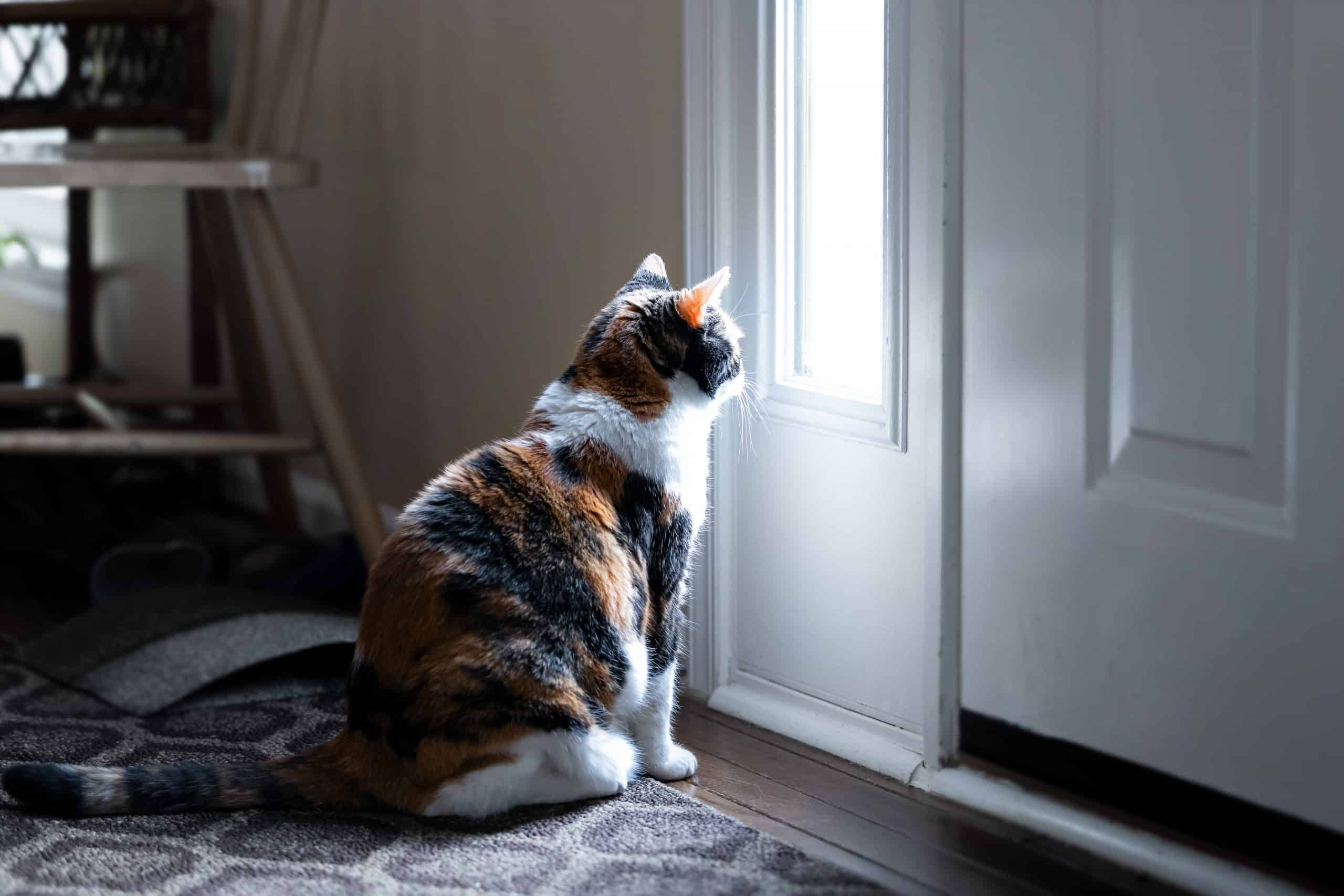 We all know cats are curious creatures. They’re always interested in what we’re doing and aren’t afraid to insert themselves in every situation. I once had a cat who would be dead asleep until someone in the family decided to move an inch. It didn’t matter what they were doing, he needed to know what was happening and give his approval. If that person had the audacity to close a door behind them, we all had to suffer from the cat’s outrage.

To the curious cat, a closed door is the ultimate insult. They want to know about everything that’s going on, and a closed door stops that from happening. It’s even worse when the cat can hear or smell something from the other side of that irritating barricade.

It doesn’t matter what’s happening on the other side of the door-—it could even be an empty room or closet. A curious cat NEEDS to know what you’re keeping from them.

Let me love you!

Cats have this reputation for being independent and standoffish. We have to admit that for some felines, those descriptors are all too true. But cats are also social and affectionate. They like being with their humans on their own terms, and they don’t like when we disappear from sight. 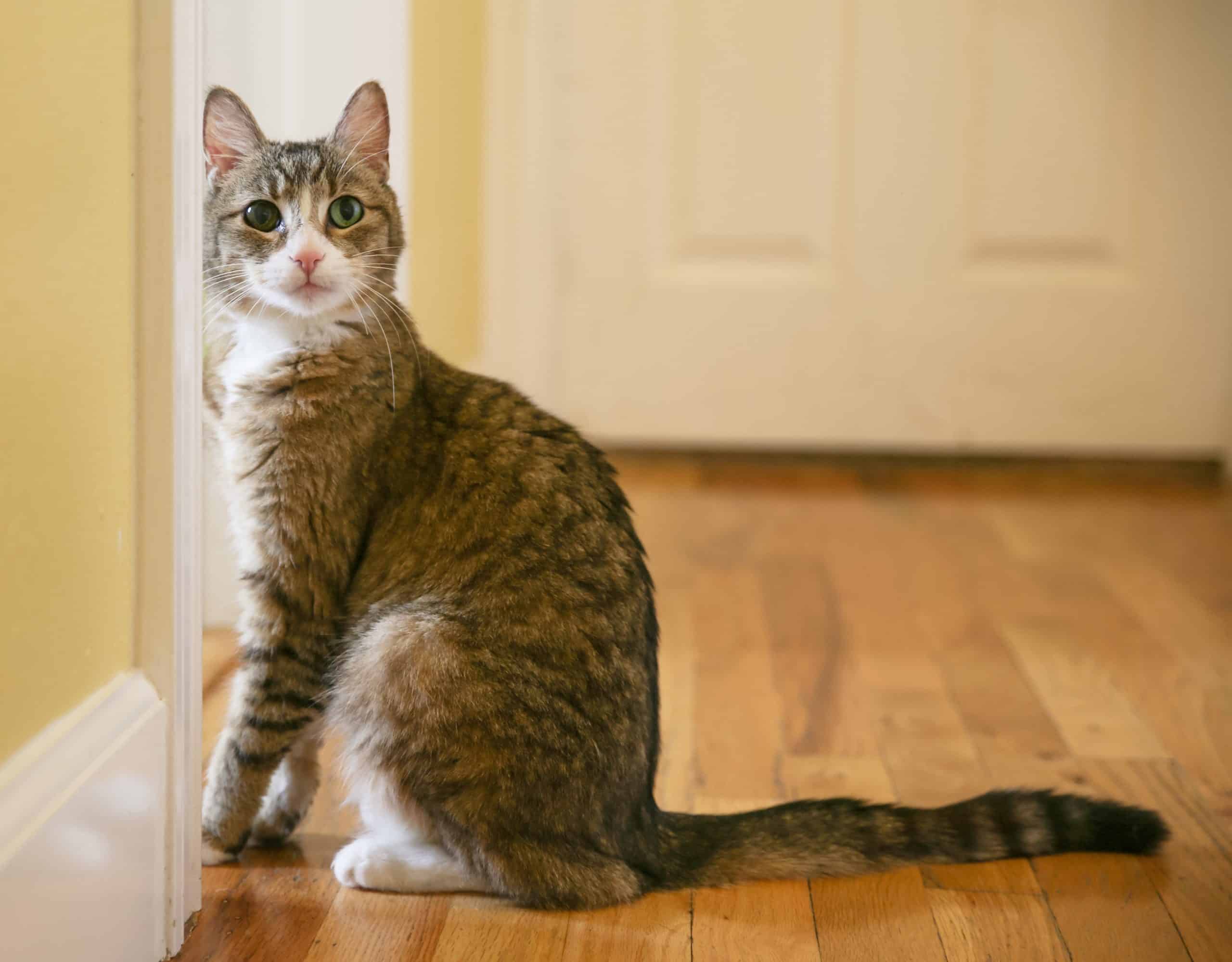 Even if your cat isn’t one to voluntarily jump in your lap, they could still like knowing you’re nearby. When you go for a bathroom break and close the door behind you, your affectionate cat could have a problem. Either they don’t like it when they can’t see you, or they want to be with you at all times. They don’t care that you closed the door for privacy or will come right back out. For all they know, you closed the door because you’re going to disappear completely.

This could also be why your cat freaks out if you close your bedroom door at night to lock them out. They probably don’t want to curl up and sleep with you, but they prefer to express their nighttime crazies with their favorite humans nearby—even if those humans are asleep (or at least trying to sleep).

What To Do About It

If your cat is one of the many that hates closed doors, you have a few options. One is to remove all doors from your house so you’re never tempted to insult your feline friend again. If that doesn’t sound ideal, you could invest in cat doors or teach your cat to accept the reality that they can’t have everything they want. 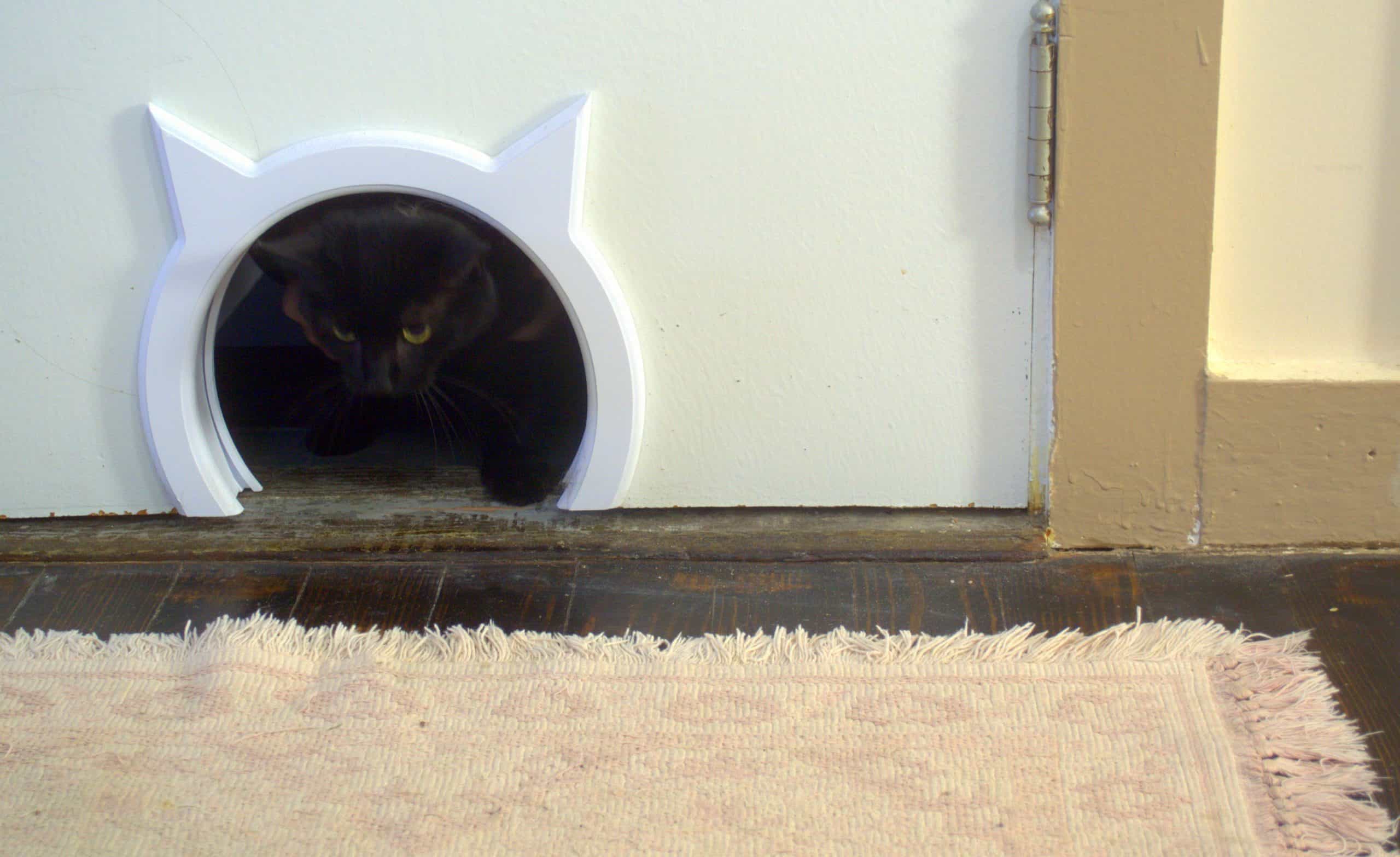 If you think your cat is territorial, your best option is to teach them that whatever is behind that closed door is no longer part of their territory. It has to be an all-or-nothing type of situation. Either your cat sees a room as their territory and therefore believes they deserve unfettered access, or they know that room is always off limits.

For that to work, you have to commit to always keeping that door closed. Your cat will likely throw a fit for a few days (or maybe weeks), but they’ll eventually get the message and move on. But if you ever accidentally leave the door open and allow your cat access, you’ll be back to square one.

Hating closed doors is just one other thing that makes our cats interesting and unique. You have to admit that life with cats is never dull!

Tips for Selecting a Cat Sitter You Can Trust