Why Do Cats Go Limp When You Put Them On A Leash?

We moved into town last summer. Before, our much-loved cat, Kintla, was an indoor-outdoor cat. The dogs taught her how to use the doggy door and after that, I got rid of her litter box because she went outside to do her business, including bringing us the most absurd gifts like birds and a giant mole rat bigger than her head. But, now being in town, I’m too scared of letting her go outside. (But, thankfully, you can leash train your cat these days!)

There are stray cats and dogs here in town and tons more people. I would be heartbroken if something happened to her. Now that it is starting to get warmer, it’s becoming harder to keep Kintla inside, so I decided that she could go outside on one condition – she has to wear a harness and a leash. Here’s how it went and how it is going now. 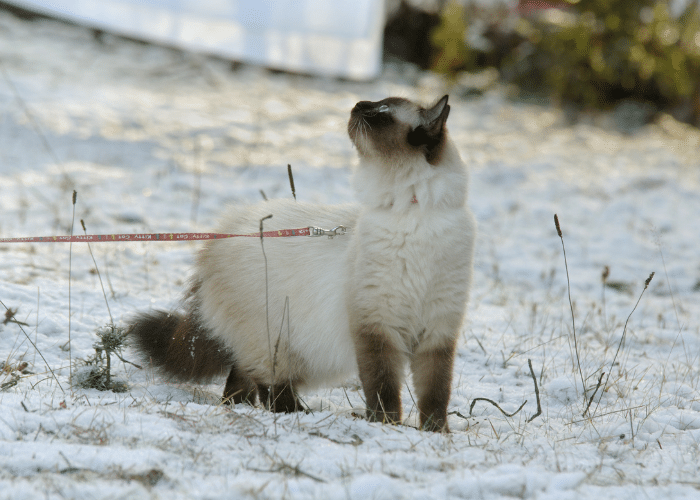 Cats go limp at first with a harness and leash, it’s just part of the process

When I first put the harness on Kintla she literally just fell over and refused to get up. This is actually a pretty standard first reaction for finicky felines. There is something foreign on their body, they aren’t sure if it is going to attack them or not, so why not just lay there until it is removed?

Cats aren’t made to wear accessories and do not get excited about it as dogs do. House cats are really prey for bigger carnivores and they don’t want to draw attention to themselves. Kintla wasn’t any different. 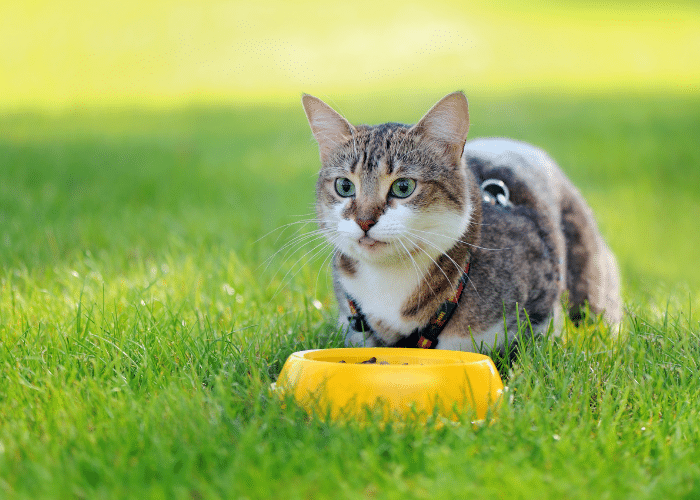 I wanted Kintla to feel more comfortable with this strange-smelling object that I needed her to wear if she wanted to go outside, so I got creative. Kintla loves Catnip, so I sprinkled some on the harness to attract it to her. She nibbled the Catnip then rolled on the harness and even played with it a little. I thought, ok, good, now maybe I can put it on her and she will wear it.

So, I put the harness on her and she wasn’t too thrilled. But, lucky for me, Kintla is so food motivated it is absolutely ridiculous. So I shook her food container while she had the harness on to entice her to walk around with it on. This went just as I planned. Kintla got a couple of kibbles for a reward. Then I went walking around the house with her food jar to keep her moving with the harness on. After a while, she never even realized it was on. 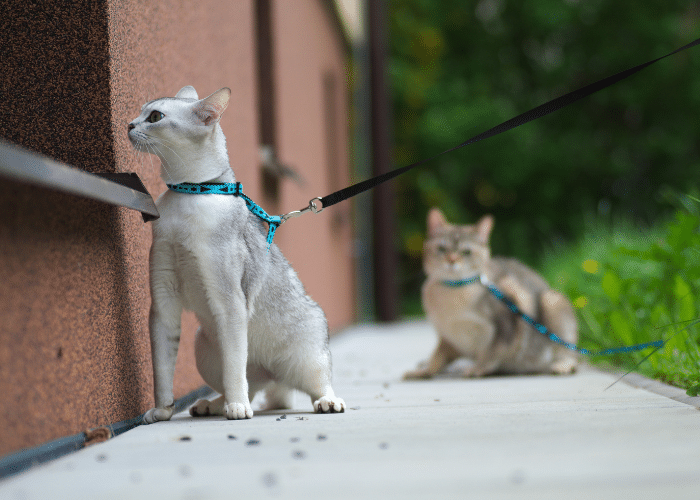 First step harness, second step leash, third step – outside here we come! Attaching the leash to the harness set us back a couple of steps, but we did little by little. Start by attaching the leash to the harness first and having her get used to it being dragged behind her. After desensitizing Kintla to her new foreign accessories, it was time to hang on to the leash and take our adventures to where she wanted to go, outside.

Cats can be motivated and desensitized to wearing a harness and even leash training. This is a great way for you to take your cat to enjoy the outdoors without having to be worried about what might happen to them if you aren’t supervising.

If you’d like to learn our best tips to leash train your cat like a pro, check out this next article here on Cattitude Daily! 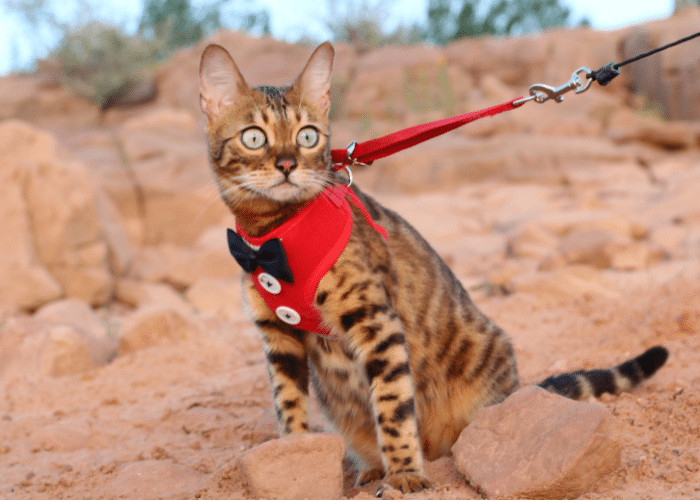 Kitten Gets Rescued By Deputies After Hitching Ride On Squad Car