Why Do Cats Bunny Kick?

We cat owners know that cats love to wrestle, whether it’s with us, their feline friends, or even cat-friendly dogs. When our cats wrestle, they have a few signature moves they will show off. Often those moves involve a rapid-moving tail, ears cocked back flat against their heads, and rabbit-like bunny kicks we will see them do forcefully with their back legs. Have you ever wondered why it is that cats bunny kick as if they’ve got some rabbit DNA in their veins? Keep reading to find out the answer. 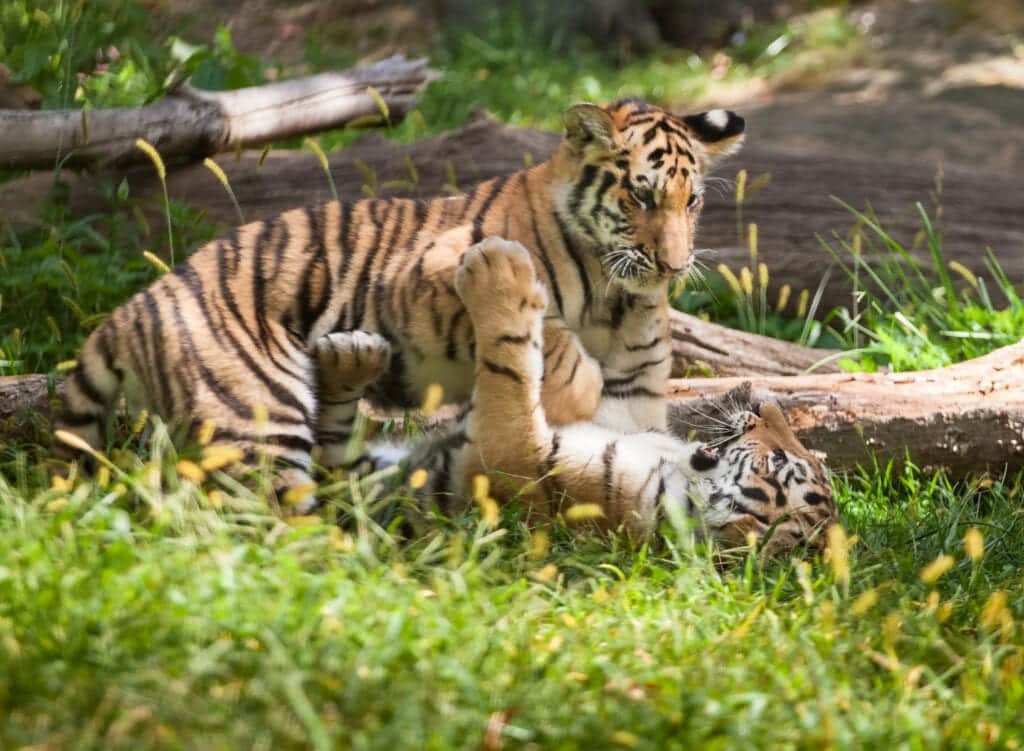 Your cat’s belly is irresistibly cute, there’s no denying that. But even though most kitty cats have more than an inch to pinch on their midsection, that saggy belly of theirs serves a most important purpose. Well, a few purposes, actually! Firstly, that saggy belly—AKA primordial pouch—is there to protect your cat’s vital organs.

Next time you visit a zoo or watch videos/documentaries of big cats in the wild, notice that your house cat’s big cousins have primordial pouches, too. These pouches help cats to store food in emergency situations. Your cat knows exactly when and where their next meal is coming from, but the same cannot be said for the big cats in the wild. Their bodies are genetically designed to store fat in this region of their body as a method for survival.

So, it should come as no surprise that big cats bunny kick, too. Although, it’s most commonly seen in cubs/kittens. Big cats have giant fangs and razor-sharp claws they typically rely on when it comes to those big cat fights.

Want to learn more about your cat’s saggy belly? Check out this article here on cattitudedaily.com. 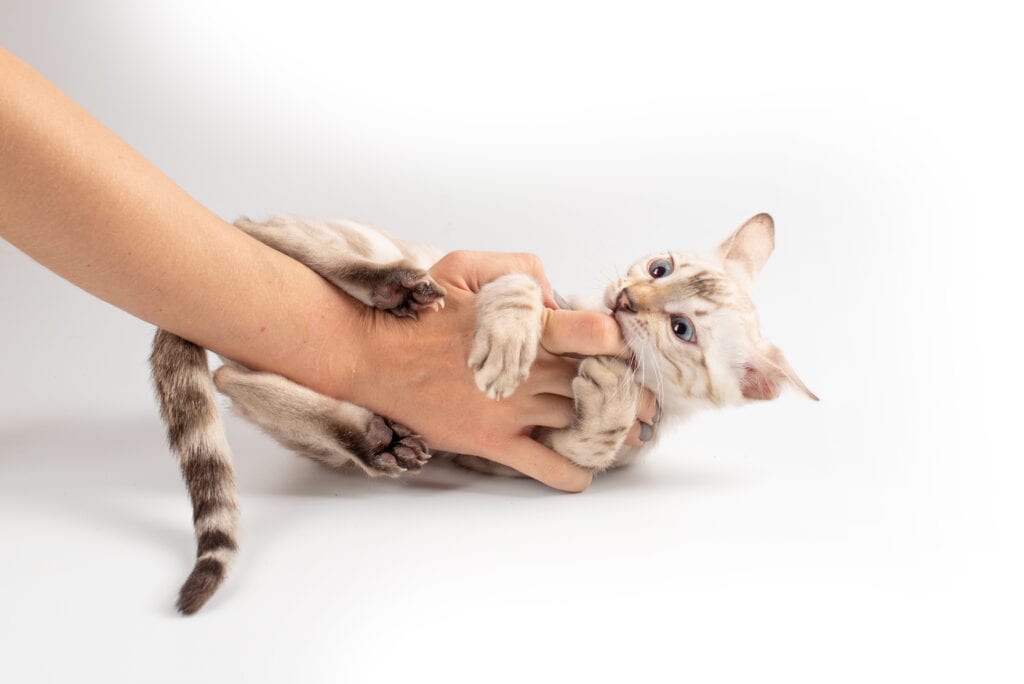 Cats bunny kick when they are overstimulated

Have you ever been petting your cat’s belly and all of a sudden those forceful bunny kicks come at you? Well, this is because your cat has gone into attack mode. When cats become overstimulated, they often react by way of attack. It’s nothing against you personally, it’s just that your cat’s sense of touch is far more heightened that yours. But bloody scratches are not something you want all over your hands and arms either.

Your cat has loose skin on their body which is why they can stretch so well and jump so high. Their bodies are expertly designed to make them stealthy hunters and to protect them from danger. When your cat is feeling defensive, they will be lightning fast to react. If your cat bunny kicks you, this is there way of signaling to you that they’d like you to stop what you’re doing immediately. Oblige their request and react your hand ASAP. 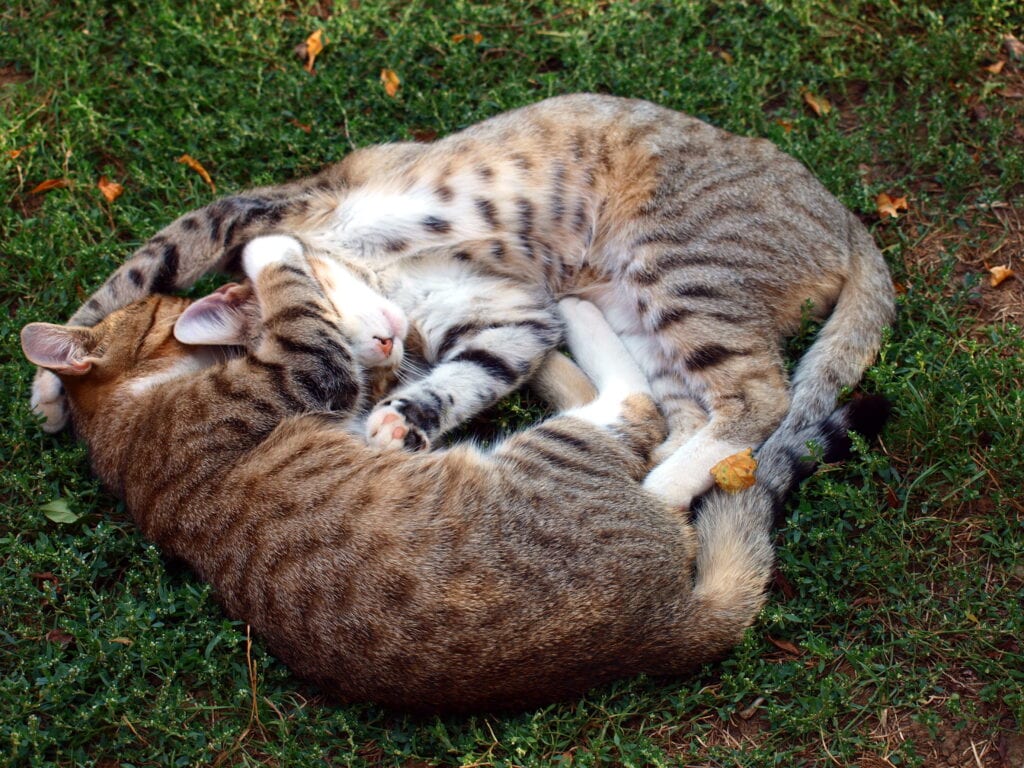 Even though your feline friend is quick to go into defense mode, when they wrestle with other cats, they’ll often bunny kick. It’s a cute thing to watch, especially when its double the cat bunny kicks. If you’ve observed your cat playing with an enrichment toy such as a mouse or a toy with feathers, then you’ve likely seen them bunny kick that toy, too.

Cats bunny kick their toys when they’re excited and those naturally hard-wired hunting habits have kicked in. A cat will bunny kick their prey as a way to impair it so that it cannot run away. If you’ve ever seen your cat catch a rodent before, then you’ve likely seen cat hunting techniques in action. Another thing that cats like to do with their prey? Fling it in the air once they’ve ended its misery. Cats will do this as a way to maximize their kill and get more enjoyment out of it. 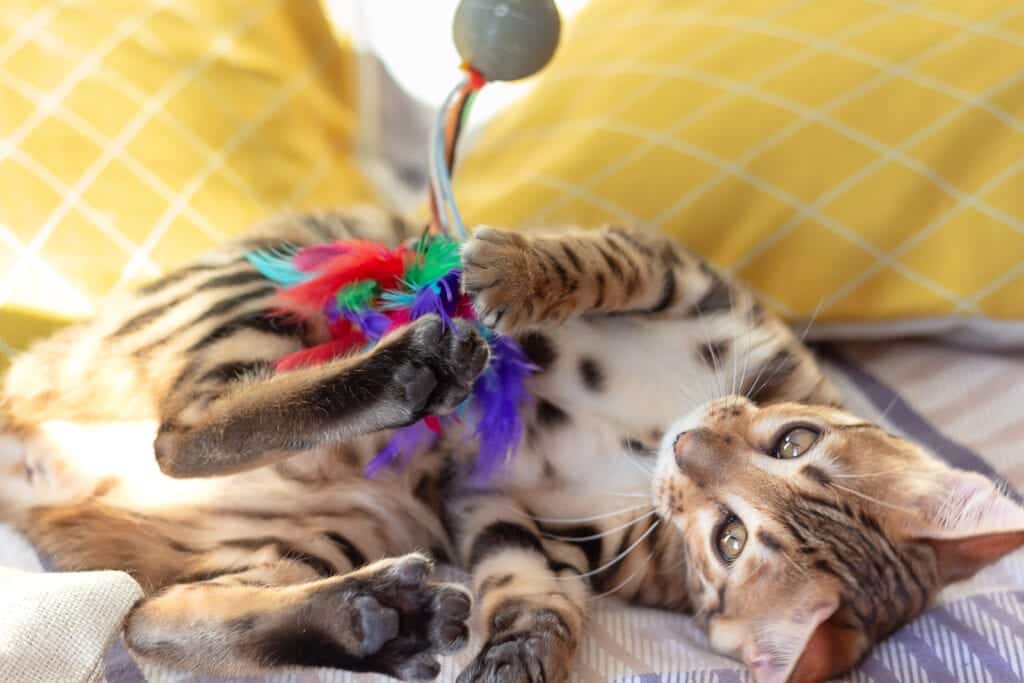 Your cat knows that they are a deadly assassin, so when they do slay their prey, it’s sometimes just for the thrill of the hunt. That’s why you often find your cat bringing you dead animals as presents instead. It’s their way of showing you what they bring to the table…and also to remind you that you’re a lousy hunter. Touché, kitties, touché. 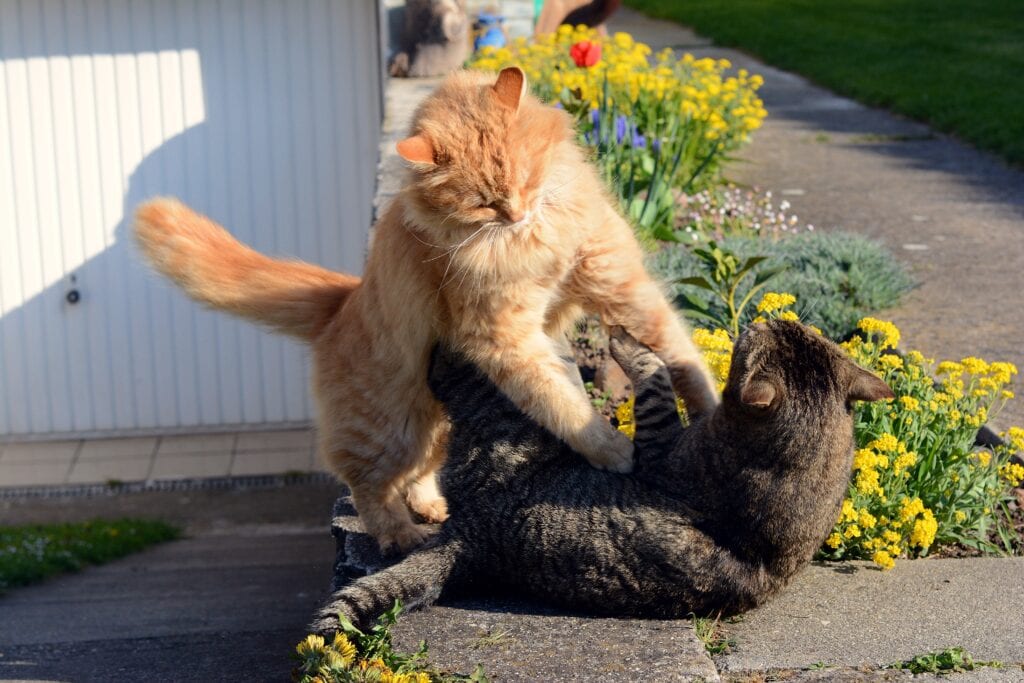 Cat Named Monsieur Nigel Has Instant Swagger Thanks To His Markings