Why Do Cat Tails Quiver?

Tail quivering is not something that every cat does. But when we see cats display this interesting behavior, it quickly catches our eye. There are two reasons why cats do this, and one of those reasons might come as a bit of a surprise…and a pleasant one at that! Have you ever wondered why it is that cats will quiver their tails? Well, just keep reading, cat lover! 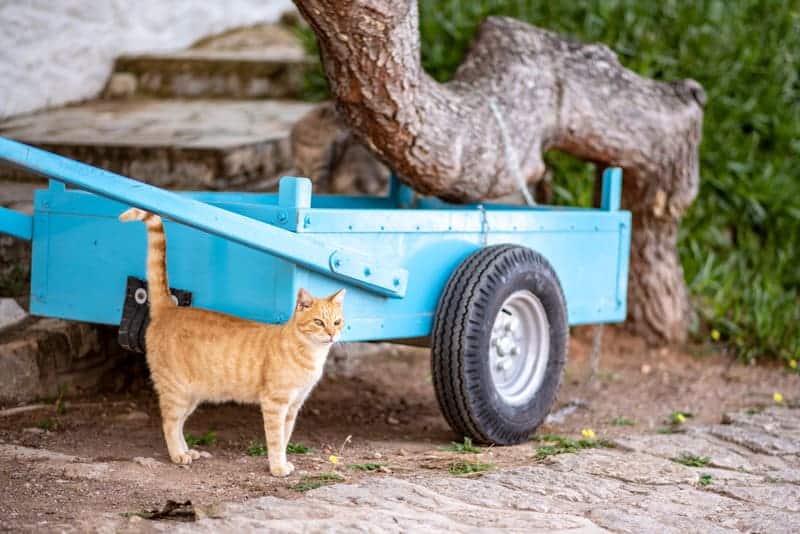 When a cat sprays, this is when a small amount of urine sprays out to mark a territory. Oftentimes, the tail will make a quivering motion as the urine is ejected onto the desired vertical surface the cat wishes to spray. It’s often on bushes, car tires, and sometimes even places in the home if your cat is super territorial or feels threatened by the presence of other cats.

Most of us do not deal with cat spraying regularly as we have our cats neutered as younger kittens before they reach sexual maturity. But, does that mean that cats can no longer spray after neutered? Well, the answer might surprise you…

Dr. Kathryn Primm of Applebrook Animal Hospital shared with me some interesting information that many will find rather surprising:

“The answer is yes, they can and many do! Sexual marking is only one of the reasons that cats spray. Even female cats can spray.”

As you can see, your feline friend’s big cat cousins practice territorial marking, too.  I think it goes without saying that turf wars are a big deal to big cats in the wild… 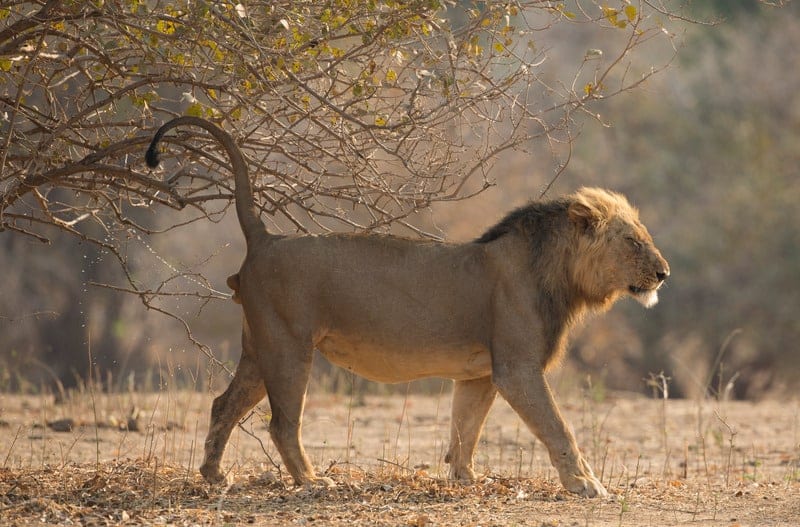 Reason #2: A cat will quiver their tail when they’re super excited

Again, not all cats will quiver their tails, but for the ones that do it is certainly noticeable. My little ginger cat named Tom does this often. For the longest time, I simply thought that he was doing it because he was spraying. Because to the untrained eye, it does appear like a cat is spraying. But, unlike spraying, this is a tail quiver that is happening in your presence and your feline friend isn’t backed up against a hard surface marking their territory. 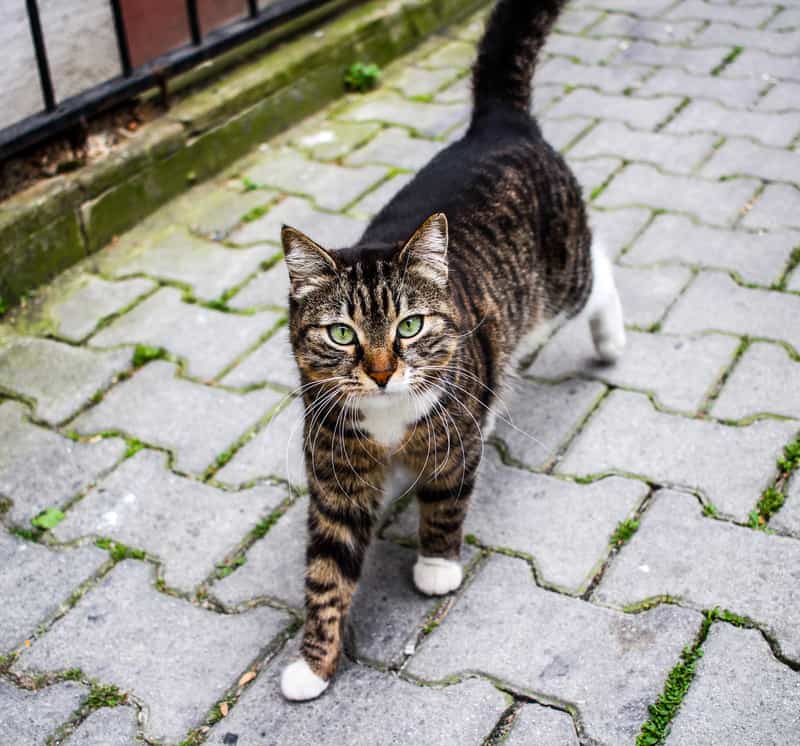 So, when cats do this in your presence, it doesn’t actually relate to spraying like a cat would do whenever they’re marking their territory. It’s actually a weird way they’re showing their affection for you.

Like their ears, your cat’s tail is a mood indicator. And when their mood is one of happiness, this cute tail quiver action can come into play. Karen Reese, the animal behavior manager at Operation Kindness, says, “Cats that love you will put their tail straight up in the air with a hook on the end (like a candy cane). They may vibrate their tail when they see you indicating their excitement.”

Here’s an example of it in action…

Like I mentioned, this is entirely different from cat spraying. And yes, cats can—and sometimes will—spray even after they’ve been neutered or spayed. This can happen for a few reasons, actually. You can read about them here in my article, should you like.

Have you ever wondered why it is that your cat will stare at you? Read about it here on cattitudedaily.com. 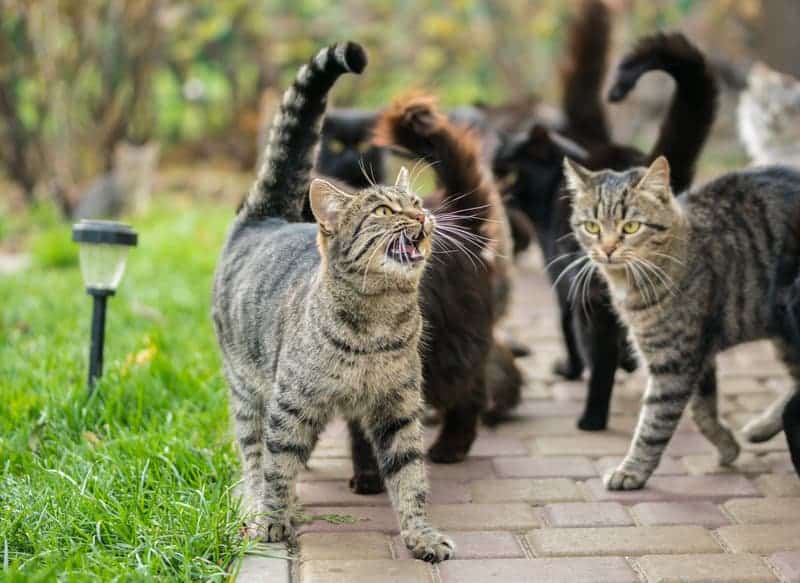