Why Are Cats Afraid Of Loud Noises?

Even the most steadfast of humans can give a little jump when there’s a sudden boom of thunder or if the neighbor’s car backfires. Cats, however, seem to take this reaction to the extreme. Thunder and fireworks are obvious causes of concern, and some cats are even scared of quieter, more everyday sounds, like the oven timer or doorbell. My cat, Taco, nearly jumped out of his fur when I dropped his bag of treats on the hardwood floor. Noises that are either unexpected or unexpectedly loud can send a lot of cats running for cover. A lot of cats are afraid of loud noises.

Have you ever wondered why? Keep reading to find out. 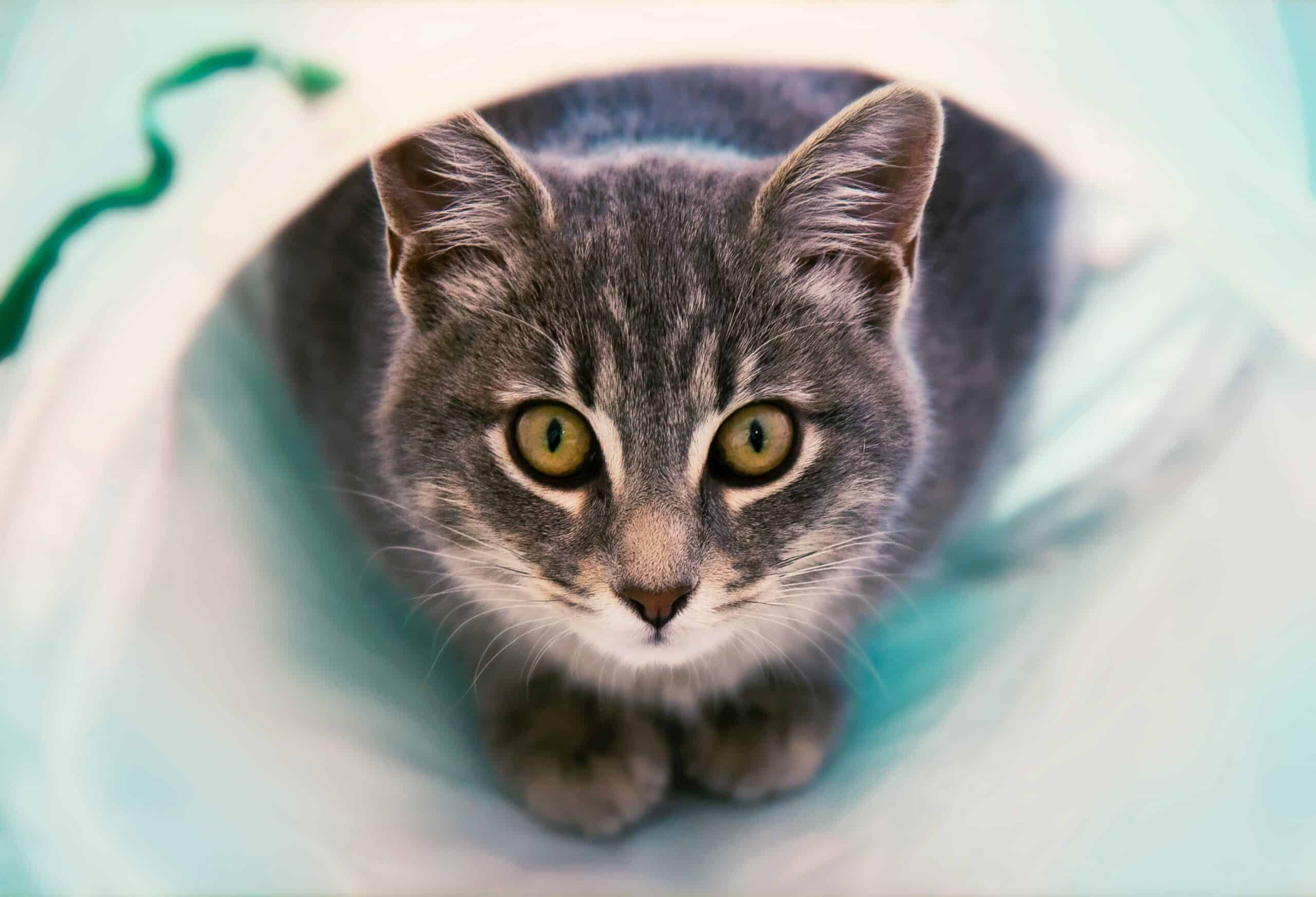 Why Are Cats So Afraid of Noises?

Part of the reason why cats are so sensitive to noise has to do with their superior hearing. Like dogs, cats are capable of hearing sounds at a much higher pitch than what humans can hear. In fact, cats can hear an impressive one octave above what dog ears can detect. This ability makes cats extra sensitive to sounds.

Besides their superstar hearing, cats also develop sensitivity to sounds they’re not used to. A kitten that is raised in a relatively calm and quiet household, for example, is more likely to be afraid of loud noises than a kitten that grew up in a house with four kids, two dogs, and a talkative parrot. It’s all about early exposure and a cat’s natural instinct to protect themselves. If something is new, it could potentially be dangerous. It’s a sensible survival strategy for a cat to run and hide when they hear something unexpected and startling.

Lastly, some cats develop a fear of specific sounds based on past experiences. The doorbell is a good example. If your cat isn’t a big fan of strangers, they learn quickly that the doorbell is a precursor to an unpleasant interaction. They run and hide not because they’re afraid of the noise, but because they’re afraid of what’s going to happen next. 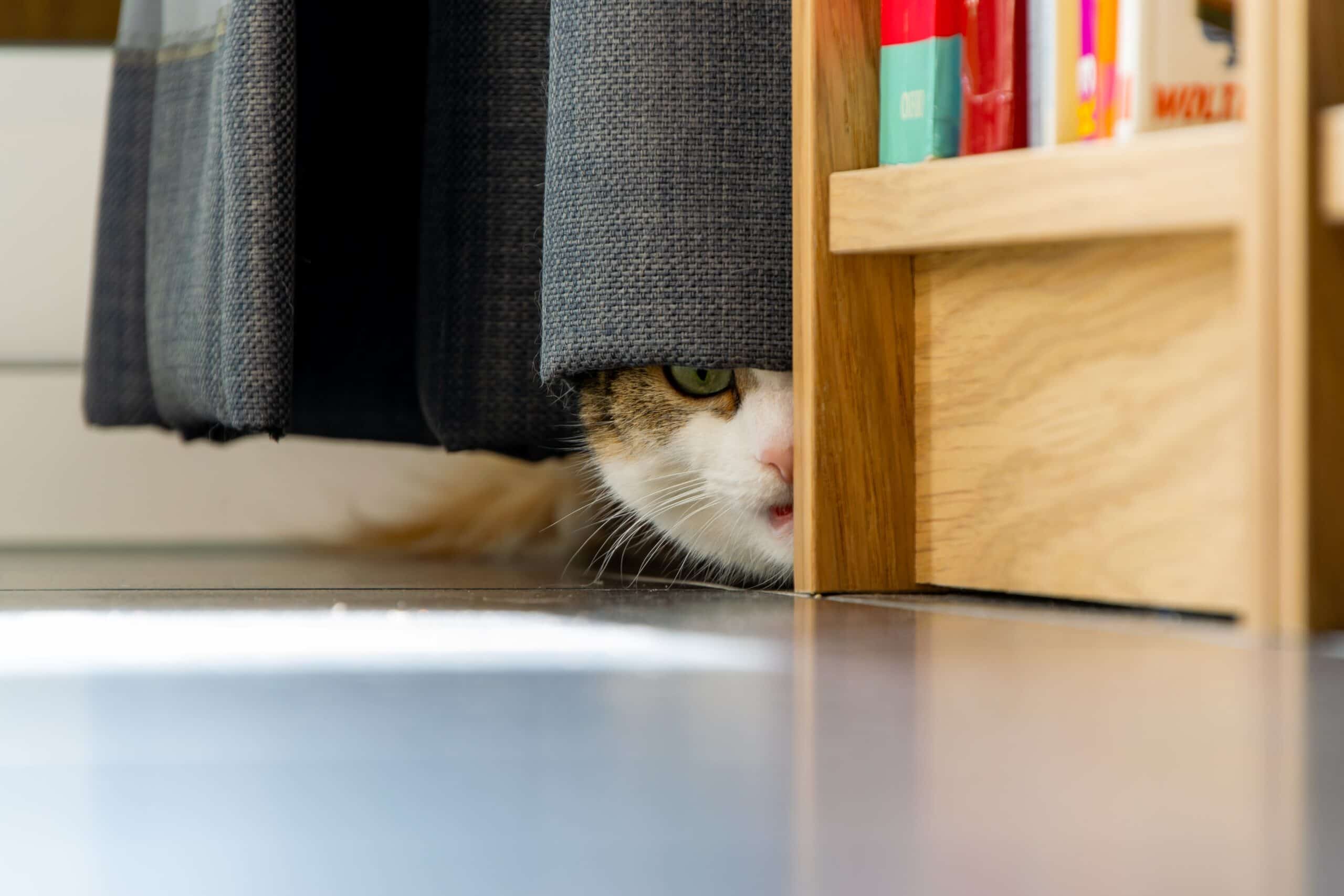 Is There a Way to Help?

A cat being afraid of loud noises is not necessarily something cat parents need to be concerned about. Running under the bed during the neighbor’s fireworks show and jumping a little when you first turn on the vacuum are natural reactions that are usually harmless. Your cat’s heart-rate might spike for a few seconds, and they might feel slightly stressed for a few minutes, but it’s generally nothing to worry about.

If your cat seems to have extreme reactions to sounds, or if they’re constantly getting scared by everyday noises, however, it might be time to step in and help. You don’t want your cat constantly living in fear.

Here are a few ways to help a cat overcome their fear of sounds.

Desensitization and Counterconditioning: If your cat is afraid of loud noises, one method to help is to gradually get them used to certain sounds. This method of desensitization involves exposing your cat to the sound at a low volume and gradually working on their tolerance.

If your cat hates fireworks, for example, find a YouTube video of fireworks and play it for your cat at the lowest possible volume. When they’re used to that, increase the sound. Don’t push that volume button until your cat is acting completely calm and collected with the current volume. The goal is to get them used to the sound so that when it’s the real thing, they act like it’s no big deal. 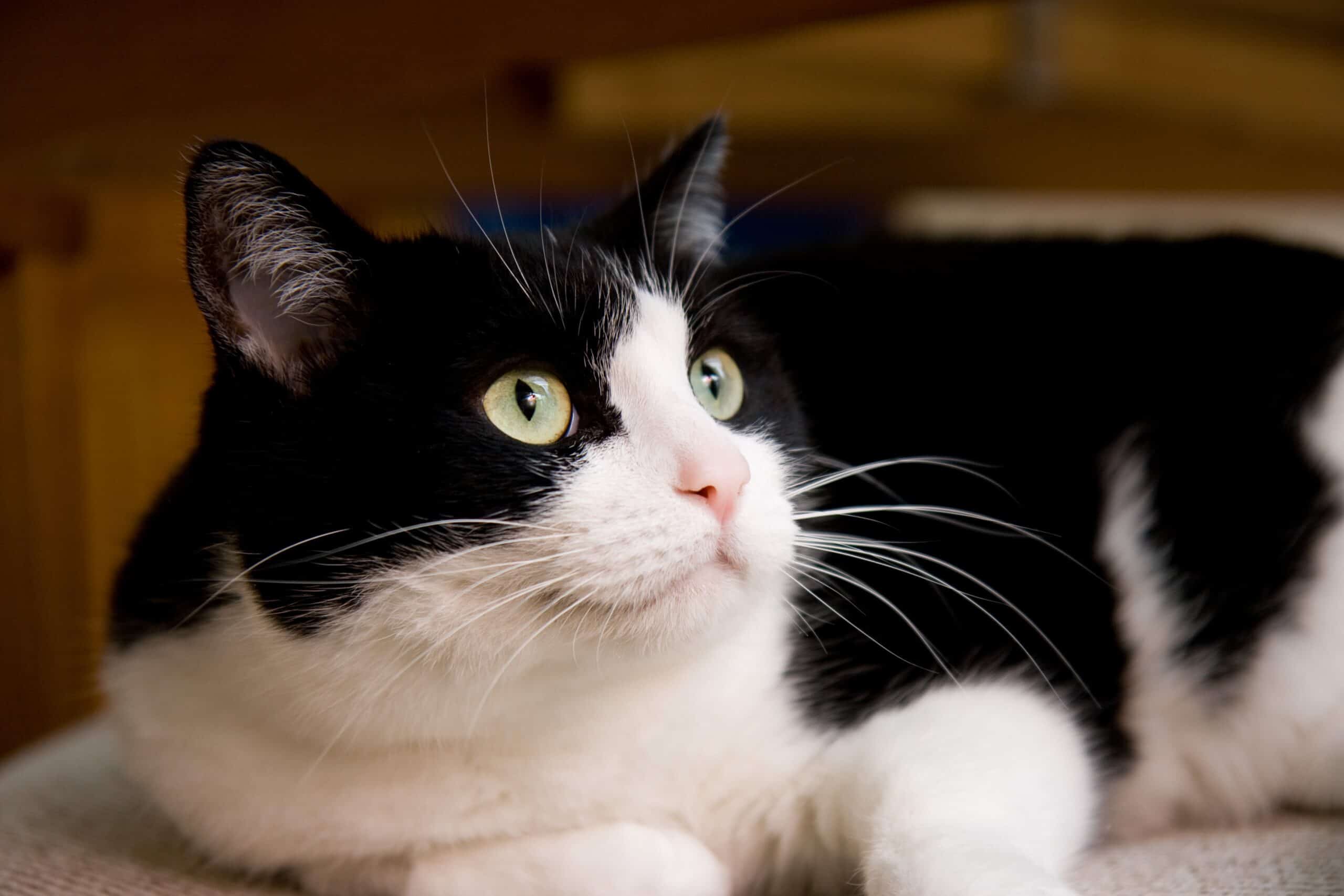 Help Her Feel Safe: A cat’s natural response to being afraid is to run and hide. If they feel trapped or exposed, their feelings can quickly escalate into full-blown panic. You can help your cat’s nerves by ensuring they always have somewhere safe to go. Resist the urge to hold onto your cat when they’re afraid; this will only make them feel worse, and you’ll probably end up with a few scratches.

Instead, give them the freedom to run to an area where they feel safest. This could be under the bed, but it could also be a special box or kennel. Knowing they have that safe space will help your cat not feel so afraid.

Talk With Your Vet: If your cat has recently started acting afraid, talk to your vet. As cats age, they can become mentally confused, or they could lose their eyesight. Both of these conditions can make loud noises even more unexpected and scarier than normal. Your cat’s fear could be related to a serious health issue.

Overall, it’s normal for a cat to be afraid of loud noises. It’s part of their survival instinct, and it has a lot to do with their unique upbringing and personality. Some cats are naturally more skittish than others, and jumping at the occasional sound isn’t anything to worry about it.

cat behaviorCatswhy are cats afraid of noiseswhy do cats
2
FacebookTwitterPinterestEmail