Do Cats Remember Their Previous Families?

When you adopt a rescue cat, you know that new family member comes with a past. If you’re lucky, the shelter staff can give you insight into what your kitty’s past life was like. But either way, there’s a good chance your adult rescue cat has an entire history you know nothing about. It’s also likely that at one point in their life, they had a different family. Unless you adopt a feral cat (which doesn’t happen often), it’s safe to assume that you are not the first person to scratch behind your cat’s ears or fill their food dish.

While your cat will never be able to tell you stories of that past life, that doesn’t mean it didn’t happen. You most likely have no way of knowing who your cat’s previous family was. But what about your cat? Can cats remember their previous families? Keep reading to find out.

Short-term memory is the ability to recall things within a relatively short time frame. It’s how humans can remember a phone number just long enough to dial or can cram for a test and then forget everything they learned the next day. For cats, the question of short-term memory is complicated.

A study conducted by National Geographic found that most animals do not have short-term memories. Cats, however, seem to be somewhat of an exception. In a test where cats were observed finding food, it was determined that our feline friends have a short-term memory of about 16 hours. The study’s results, however, were likely influenced by the fact researchers used food as a motivator. Cats, and other animals too, tend to remember things better when it’s related to their general survival.

Most domestic cats spend their lives eating food from a bowl and napping in the comfiest spots on the couch. But even living in relative luxury doesn’t erase their natural survival instinct. The feline brain is hardwired with all the information they need to find food, water, and protection. 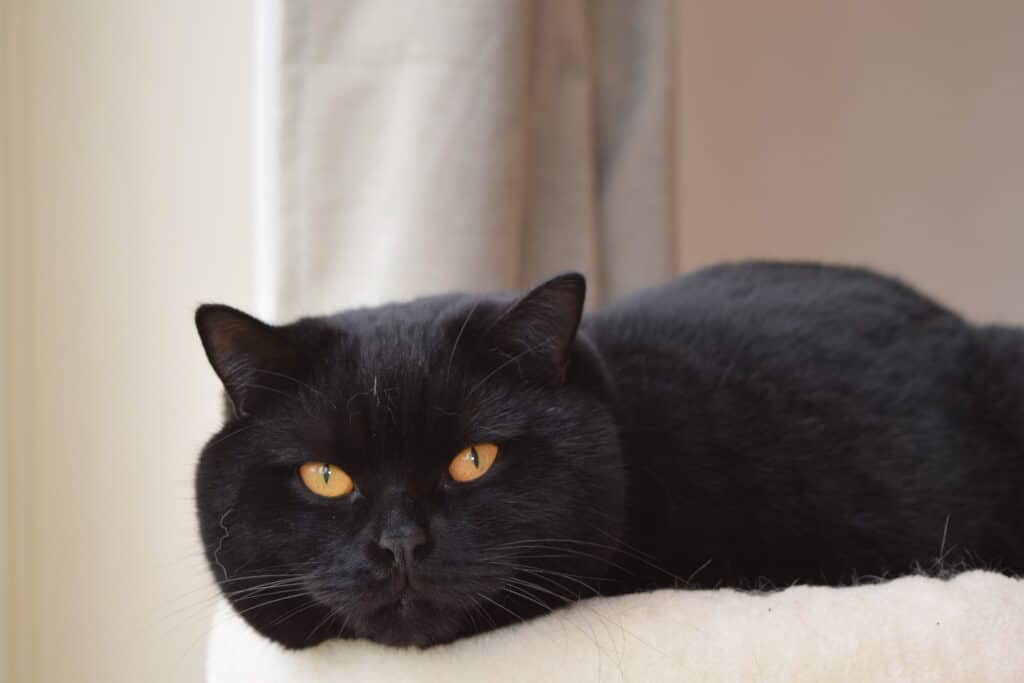 That means cats are more likely to remember where their food dish is than where they last saw their catnip mouse. They remember the things that relate to survival on both a short- and long-term basis. Because humans help cats survive, we are high on their list of “things to remember.” Those memories are made even more powerful if they’re attached to a strong emotional association.

Your cat might have only seen the neighbor’s big dog on one occasion. But if that dog snapped, growled, and barked, you can bet they’ll always remember to keep their distance in the future. Because cats have associative memories, and not declarative or explicit like what humans have, they won’t remember the specifics of that scary situation. They can’t think back on what day it was or where it happened. Instead, cats use emotional associations to remember important information.

In the example with the dog, the cat will associate that dog with feeling scared or panicked. The next time they see that dog, those emotions will come rushing back. They won’t remember exactly why they feel that way, but the associated memories are all they need to stay away. If those emotions are especially strong, the memory will stick with them for years to come. It also helps that avoiding a mean dog is part of their survival instinct. 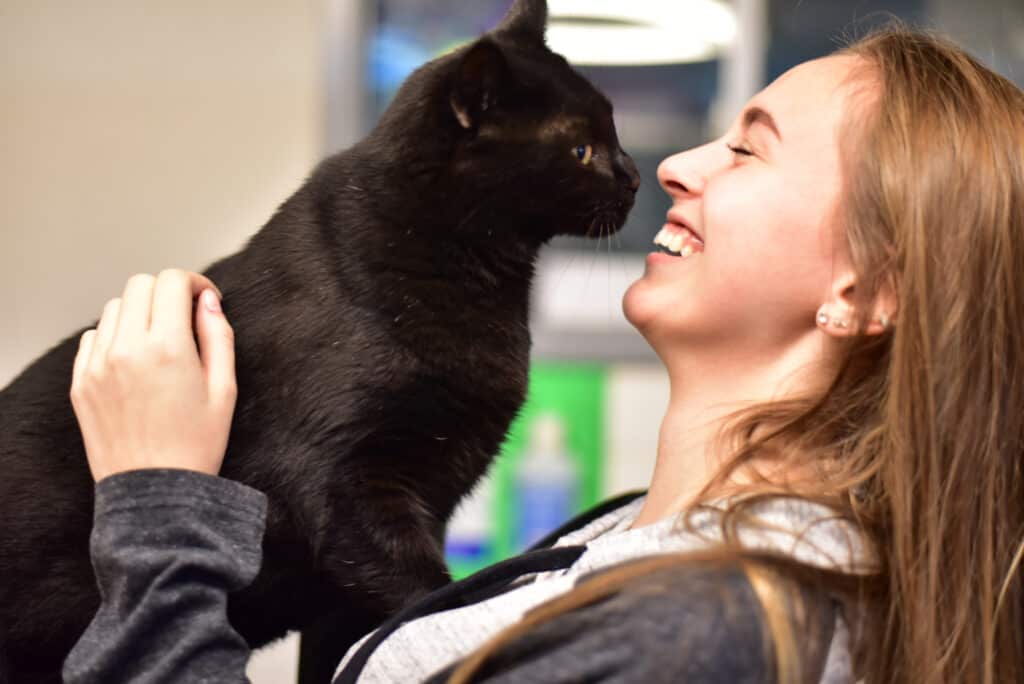 To answer the question of whether or not cats can remember previous families, we look at both their survival instinct and emotional associations. Humans play several roles in the lives of cats. We provide them with protection, we fill their food bowls, and we create deep emotional connections. We contribute to both their physical survival and their emotional well-being. For this reason, it’s safe to say that cats can indeed remember people from their pasts.

Whether or not a cat remembers someone depends on the depth of their emotional connection and the strength of memory triggers including those related to survival and protection. A cat is more likely, for example, to remember a person when they spend years getting to know them. That’s several years’ worth of head scratches, head boops, play sessions, and fulfilling meals.

Every individual bonding experience contributes to a long-term memory. The stronger the bond, the stronger the memory. If your cat was with a person for only a few days and didn’t form a strong emotional bond, they’re not likely to remember that person for longer than a few hours. 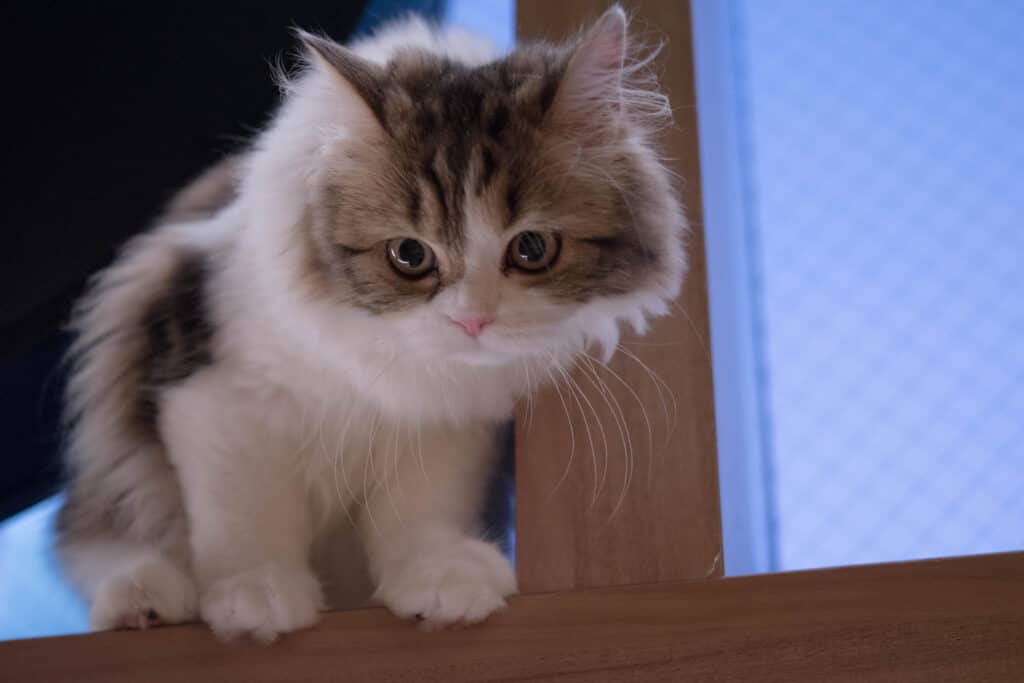 While there are no studies to give us an exact number of years for a feline’s long-term memory, there is plenty of anecdotal evidence. If you’ve ever been on vacation for a few weeks and returned home to find your cat rubbing against your legs like usual, you have your own proof that feline memory can be longer than 16 hours.

If you’re still not convinced, consider this story of a cat that traveled 40 miles to return to its previous family. The family had rehomed him for personal reasons, but the intelligent cat decided that wasn’t where he was meant to be. He disappeared from his new home, and seven weeks later, he showed up on his previous family’s doorstep. This story is even more incredible considering the fact the cat had been a strictly indoor pet.

We’ll never be able to ask our cats about who and what they remember from their past lives. We can, however, shower them with love and cement our own places in both their hearts and their memories.

Did you learn anything new about our feline friends? Be sure to share this article with your fellow cat lovers!

Should I Put A Bell On My Cat’s Collar?