When it comes to our feline friends, destroying our Christmas decorations is often high on their list of favorite festivities. Our trees sometimes don’t stand a chance as they launch themselves inside of it—and don’t even get me started on those shiny and tempting ornaments. But, like the dedicated cat people that we are, we endure their shenanigans year after year and don’t make too much fuss about it…or the cleanup.

Some naughty kitties aren’t too concerned with landing themselves a spot on Santa’s Nice List, and these silly kitty cats are proof of it. And I’d like to give a special “thank you” to all the awesome Cattitude Daily Facebook fans who shared photos of their naughty Christmas kitties with me!

“This is my precious Clémentine , 10months…. She’s not too naughty….. But she sure knows where is her Christmas stuffing sock!!!” 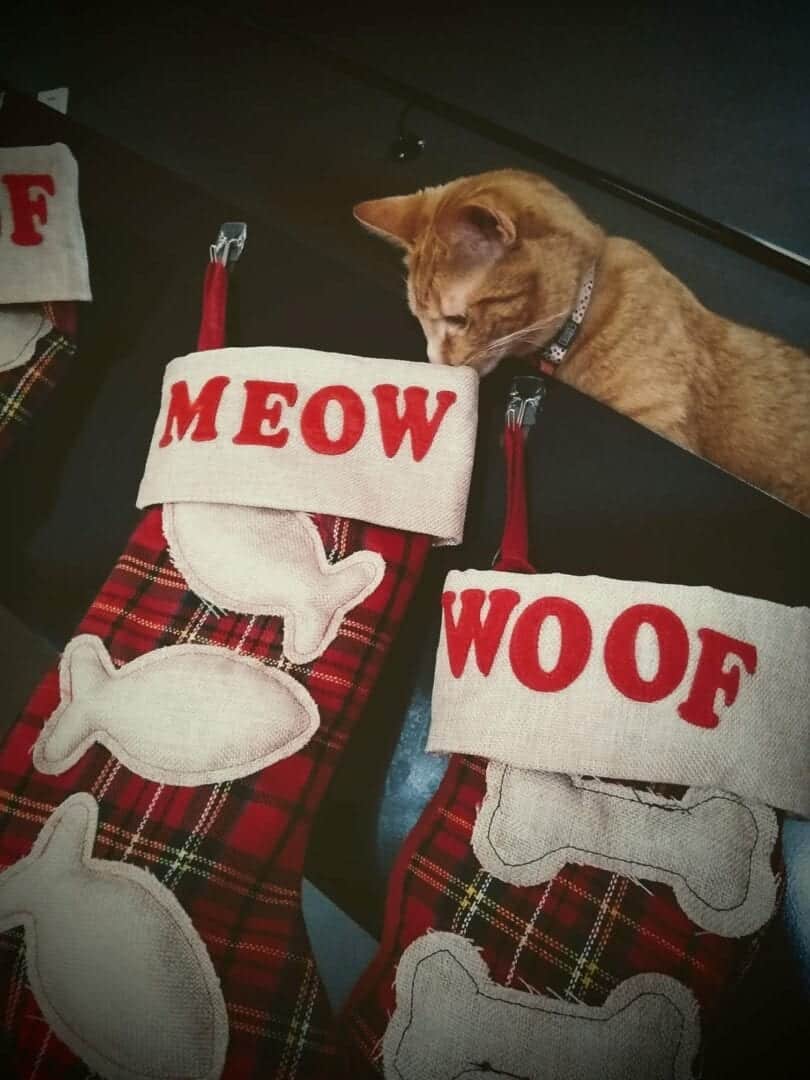 “Ollie is one naughty kitty, because he chose to eat my fish underneath the Christmas tree… apparently, it does not smell so pine-fresh now…” 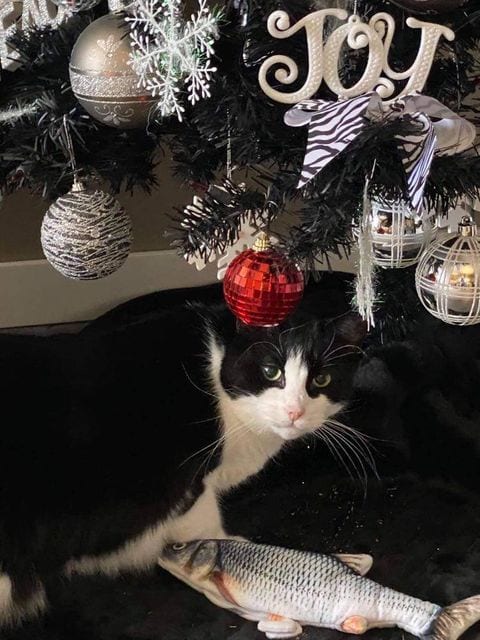 “Lucy is only 8 months old so this is her first Christmas….she hasn’t been too naughty…..yet!” 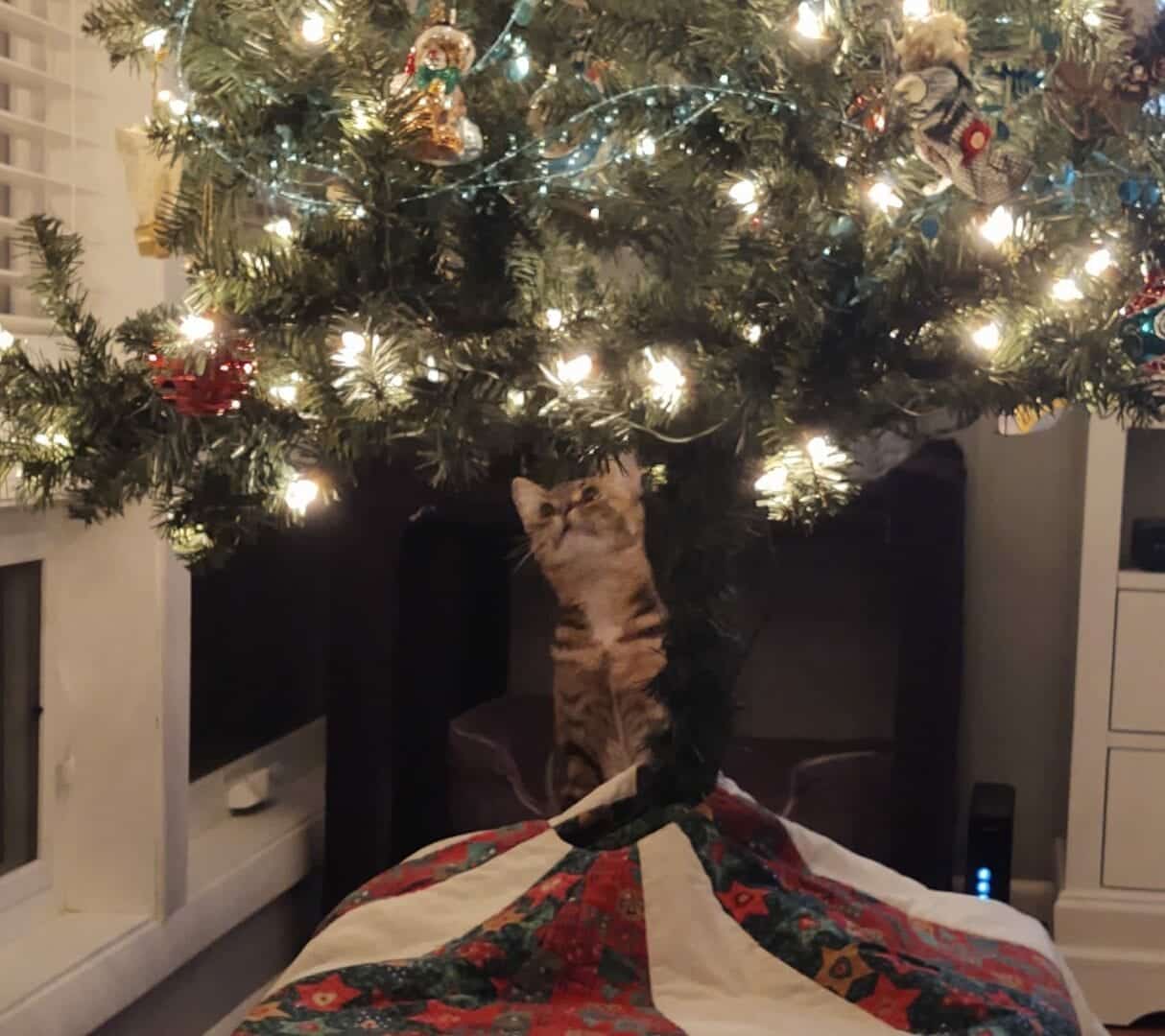 “I put out some foil to put cookies on. Hmm, Felipe made himself right at home. I thought cats hated aluminum foil, what a naughty cat!” 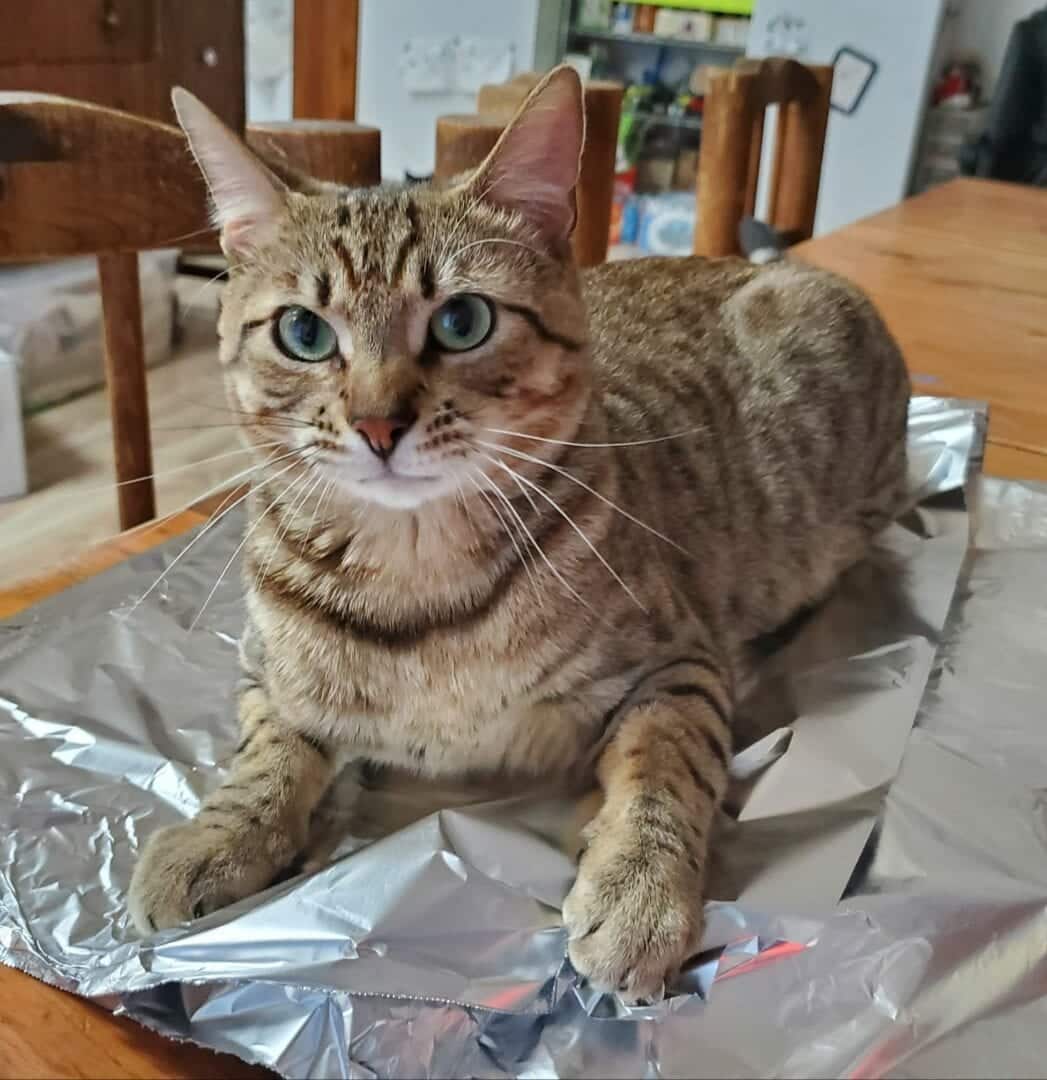 “My lil rescue(Winston),who was abandoned in the cold approx 7 weeks old,helping me put up the Christmas Tree,he really wasn’t much help,but he thought he was.” 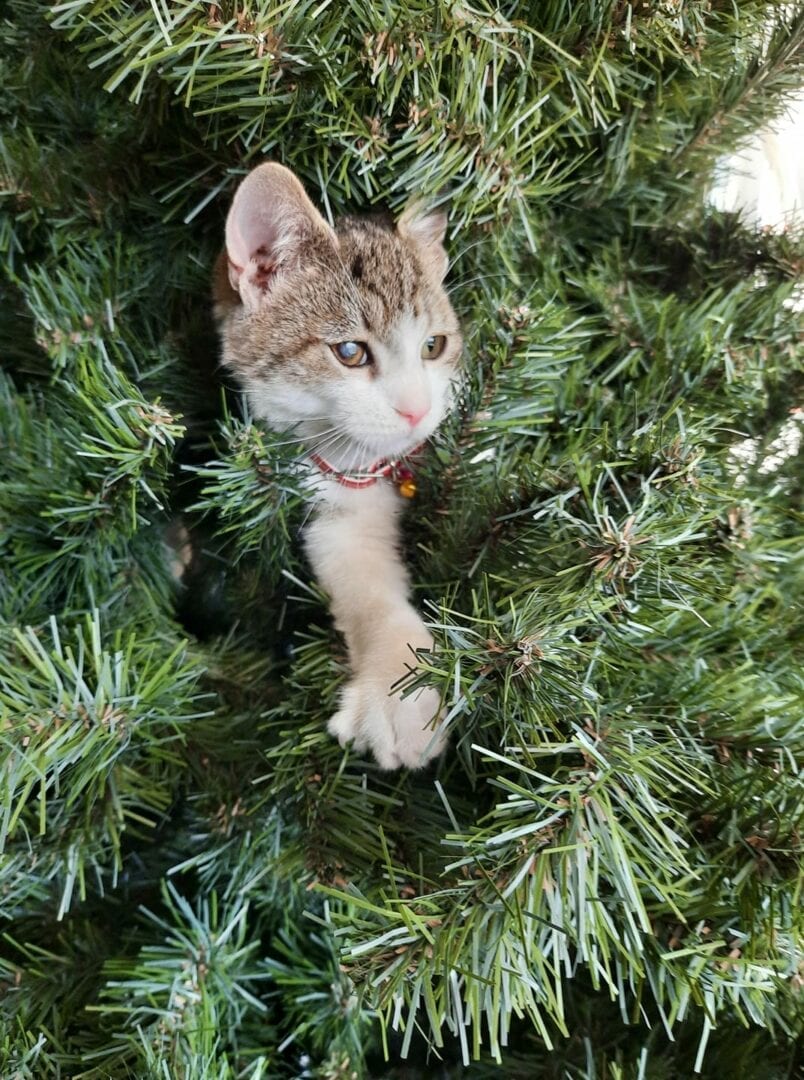 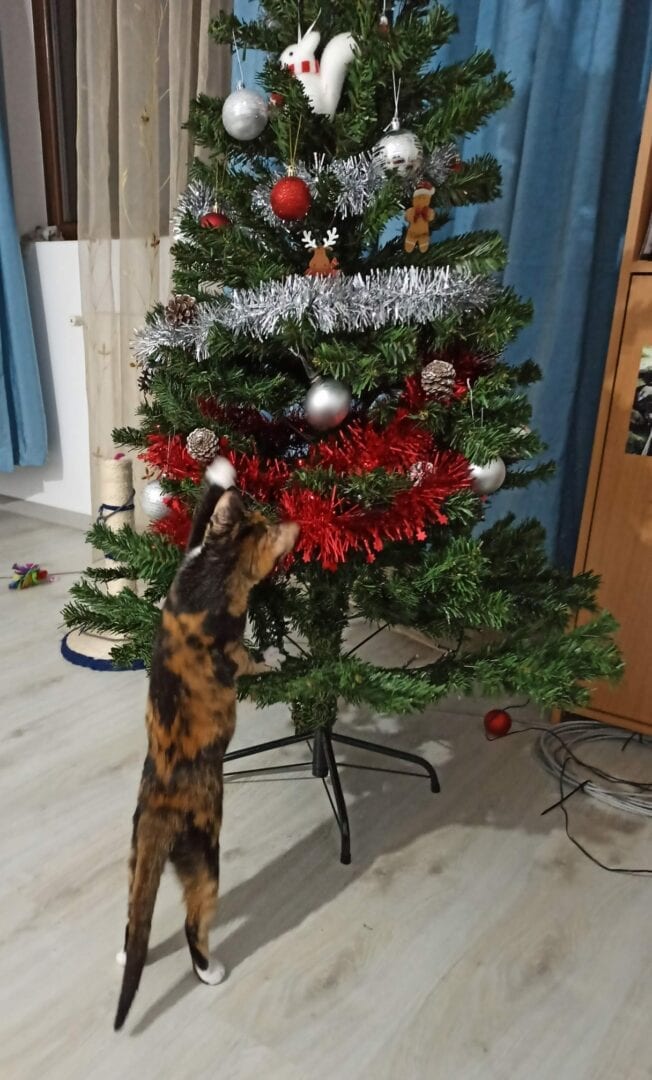 “Our lil guy at 6 months. Before we could even put on some ornaments. OH Simba lol” 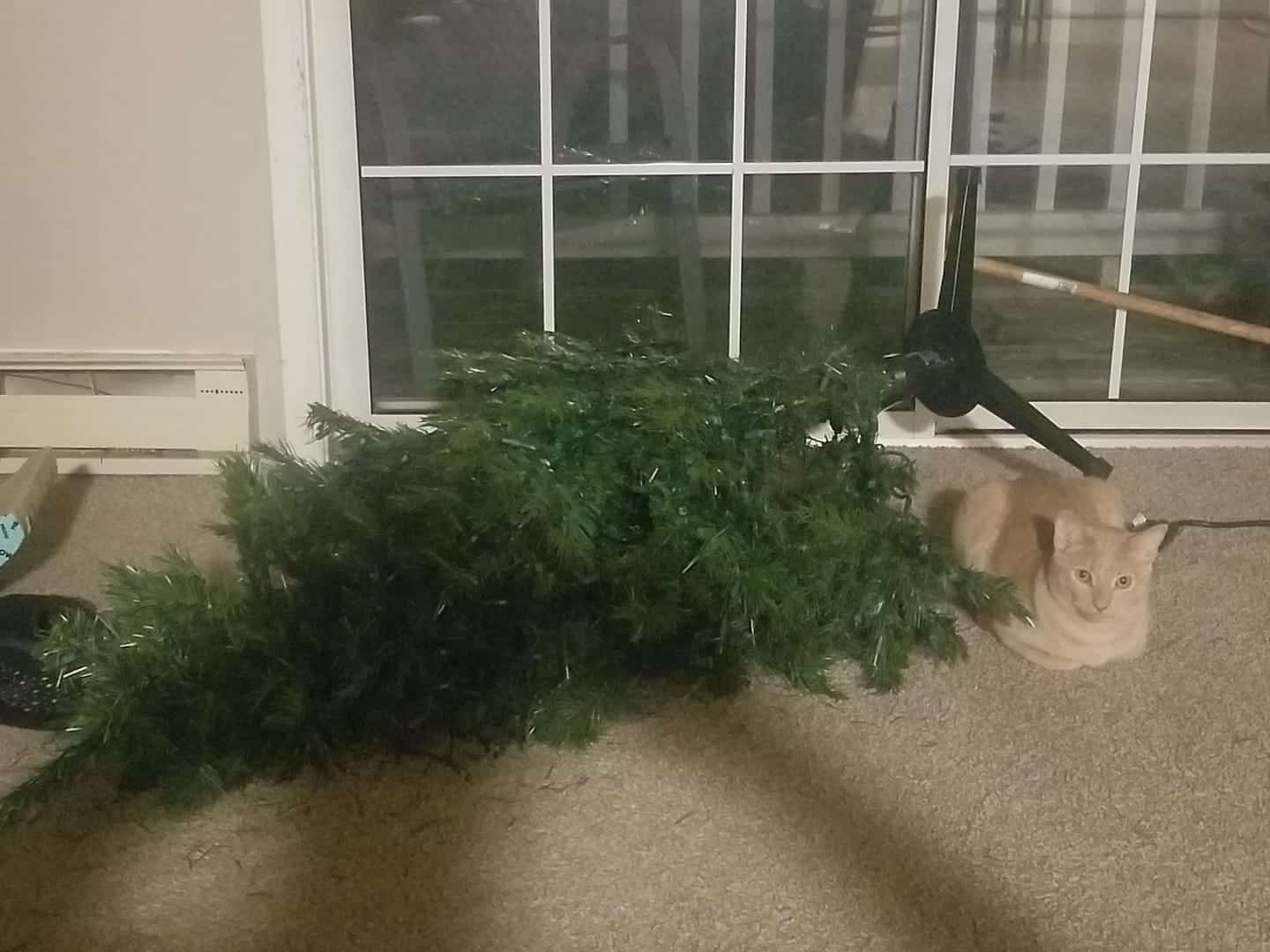 “I’ve only had my baby Willow for 2 weeks. She’s the most sweet loving little tornado…When she discovered that she could get a better view of my bird from the tree… well, I just gave up and let her claim the tree.” 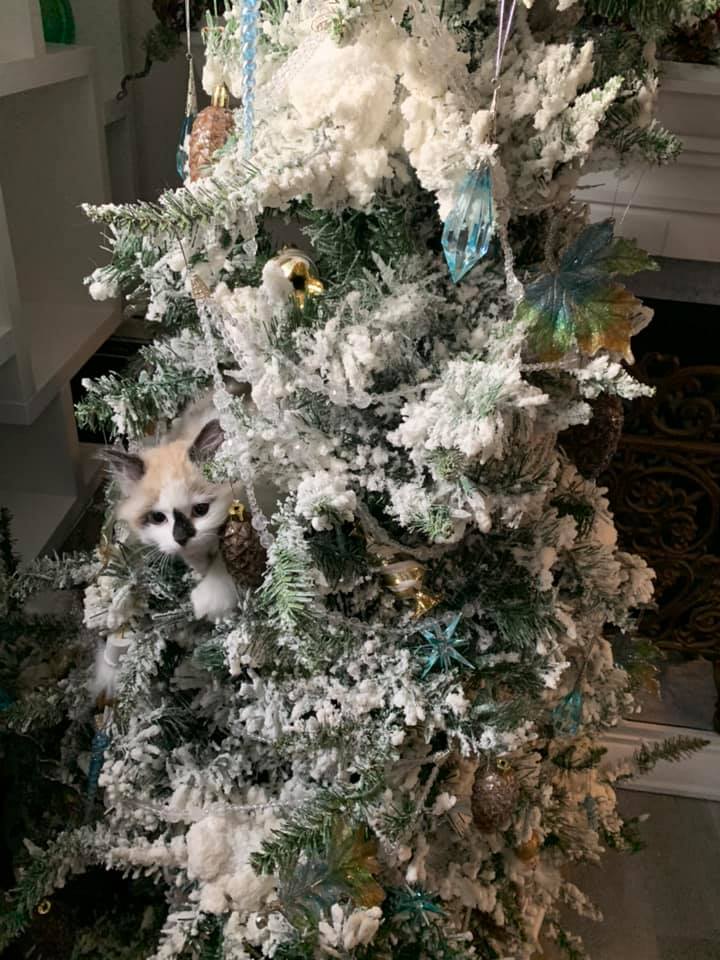 “This our first Christmas together. Every morning Beaux brings an ornament from the tree to me in bed. So sweet and so irritating!” 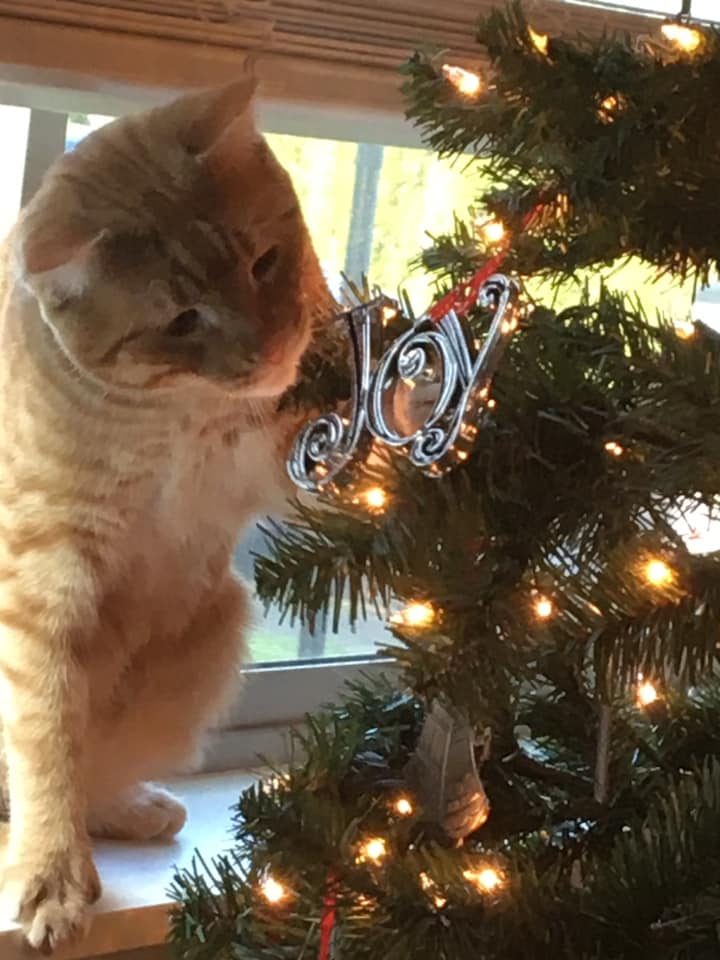 “Sassy did this by herself. I was starting to decorate and left the room for something and came back to this. Which also ended up being my Christmas card.” 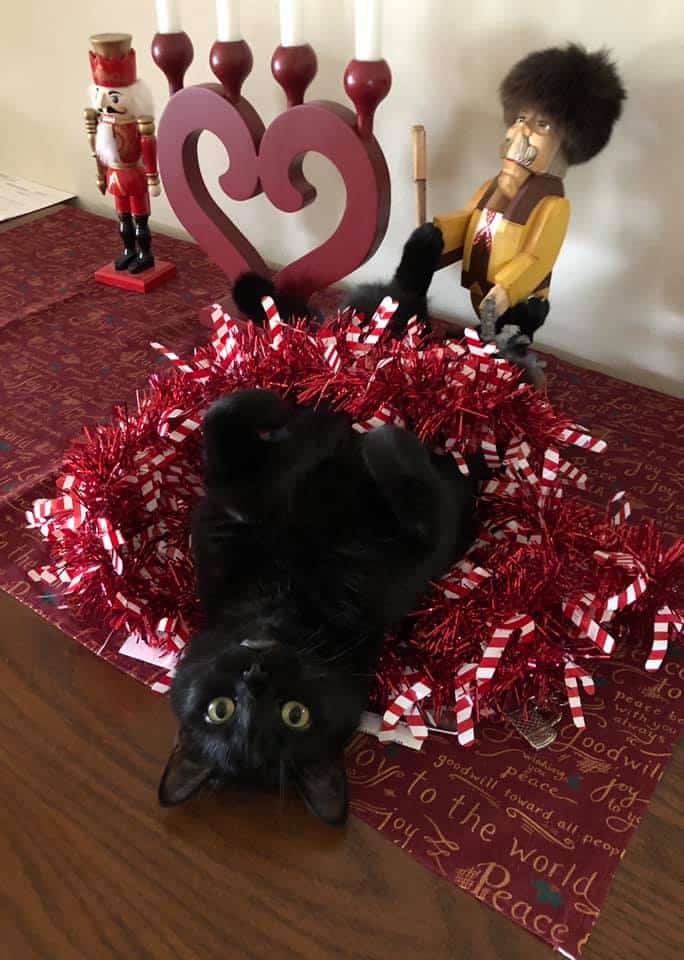 “Cornell isn’t supposed to be sleeping there…” 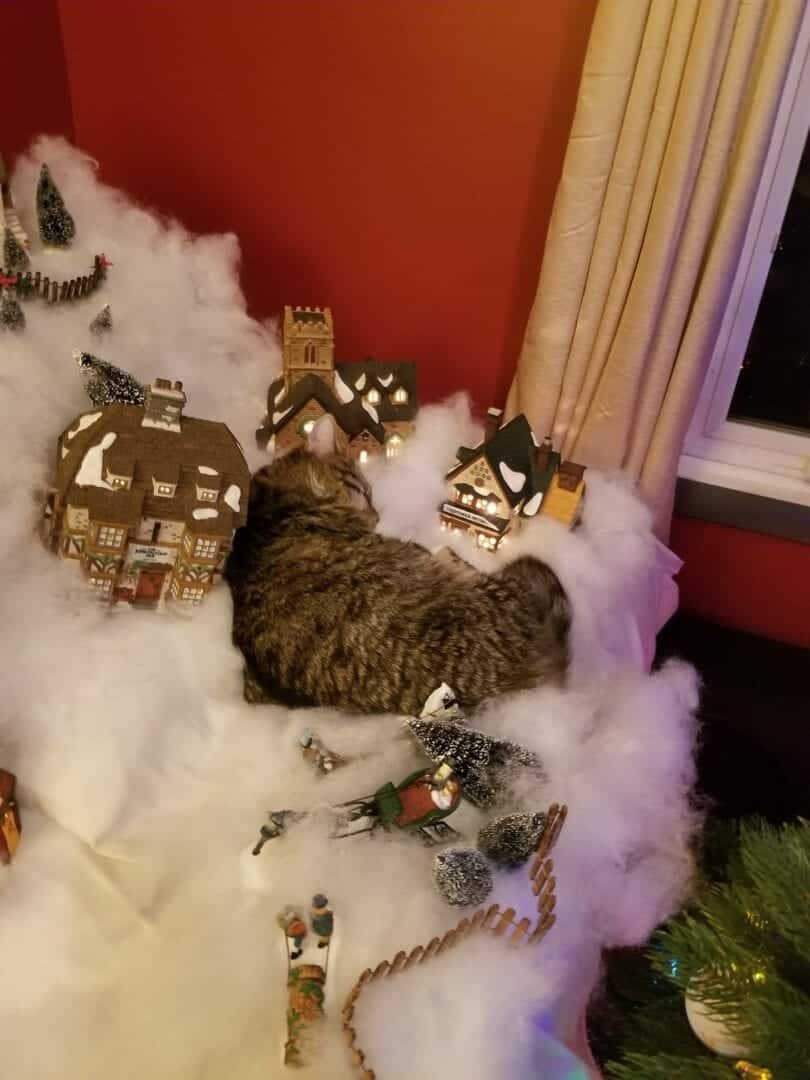 “This is Salem’s first Christmas and he didn’t know what to do with himself after he got stuck up in the tree. Nana (me, being his kitty grandma) rescued him and he hasn’t been up the tree since but will sit and stare at it. I can see the cogs working in that brain of his!” 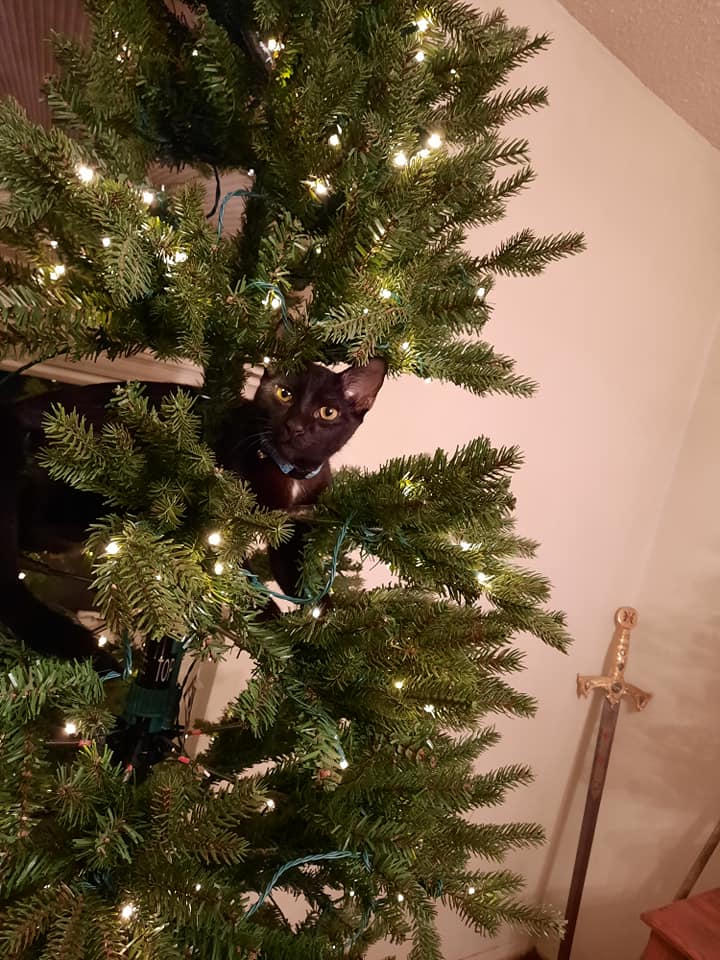 “And he likes to hide behind the tree. Like, we can’t see him!”

“You’ll know when you see it. I guess when we named her Leia, she let the whole Princess of the Galaxy thing go to her head…(hint: look in between the orange and purple ribbon in the middle)” 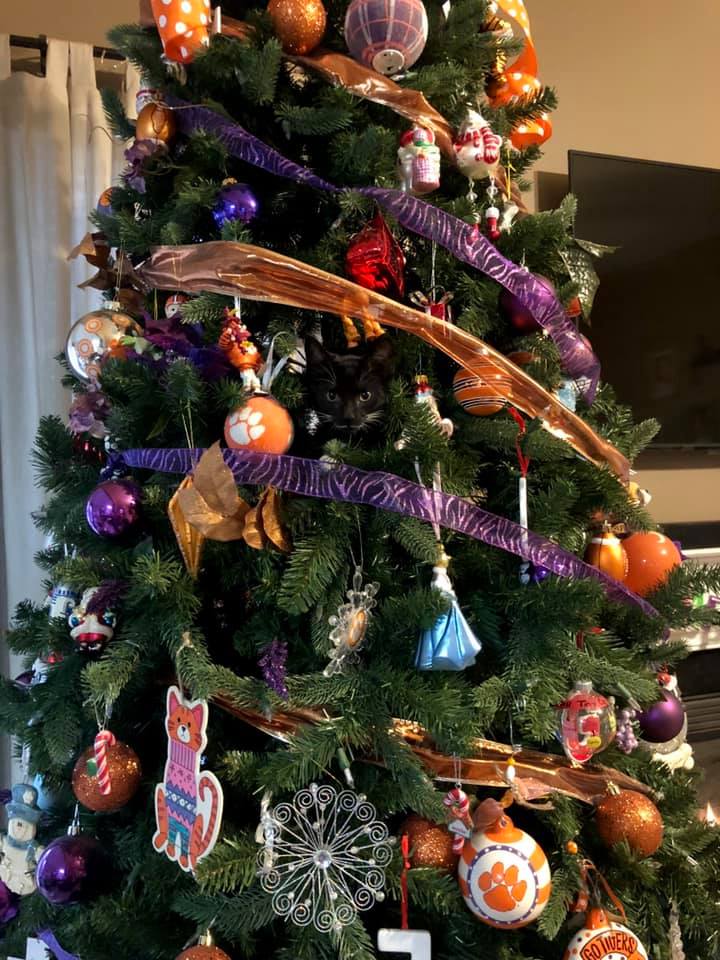 “I haven’t put up my tree in 4 years now … this always happens.” 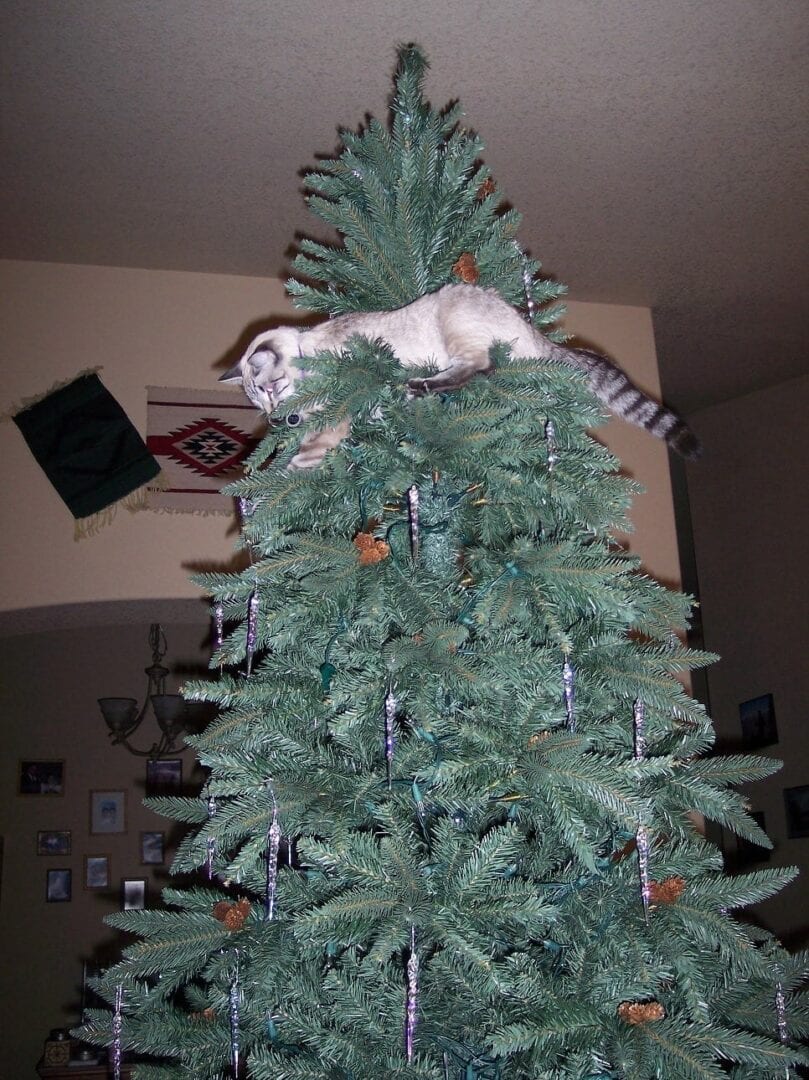 “Pixie has her very own Christmas tree to play with.” 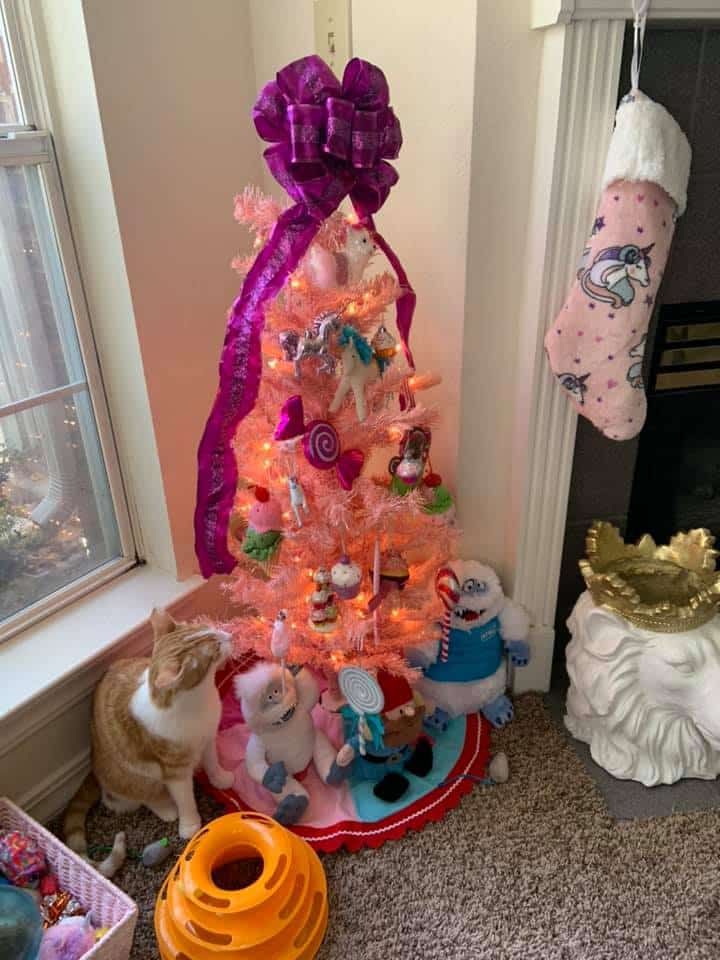 “So, I have 5 cats ,all of which are too fat…..except miss abby.Christmas tree is up maybe 5 minutes, not even decorated, and boom ,a live tree topper.” 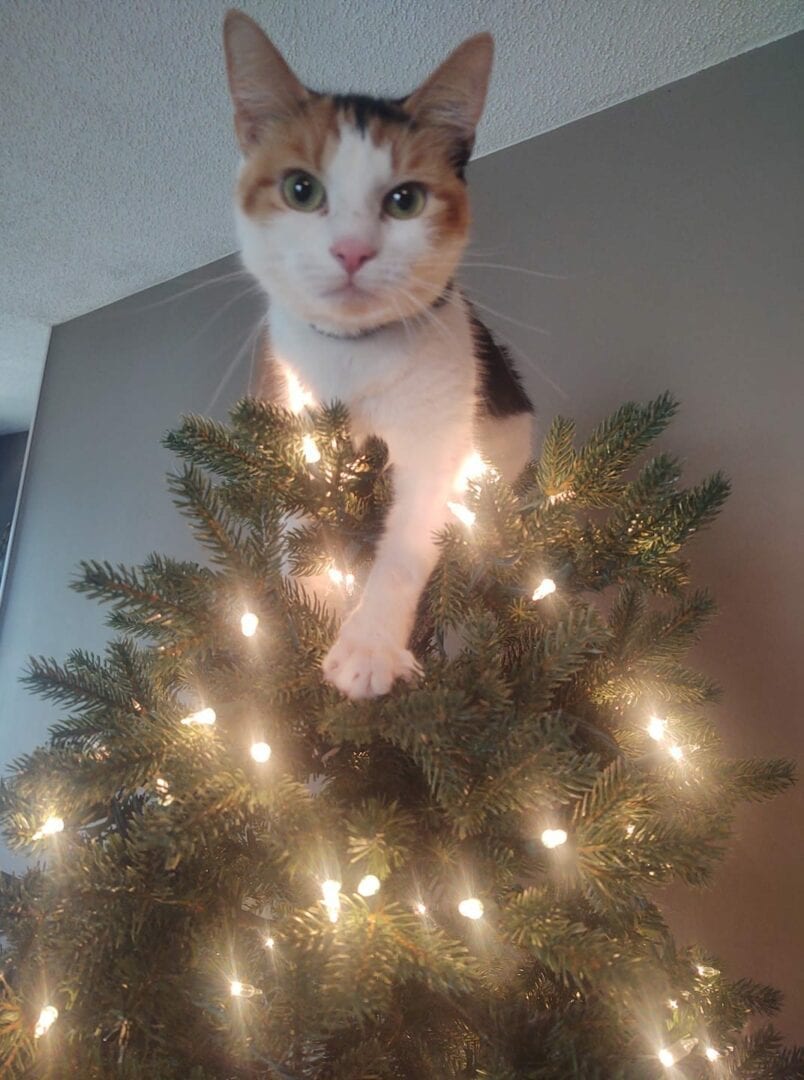 “It is Salem’s first Christmas and she is enjoying the magic of the season.” 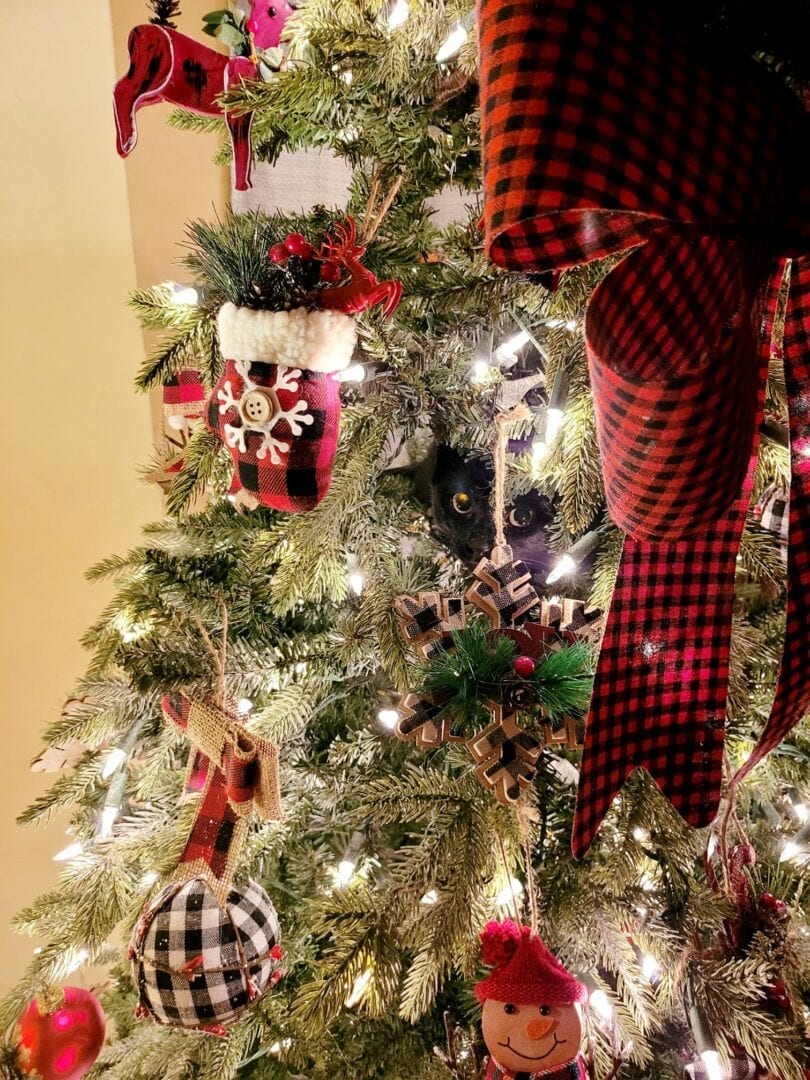 “Decorated my mantel for Chrismas and then Alice decided to be the final part of the display.” 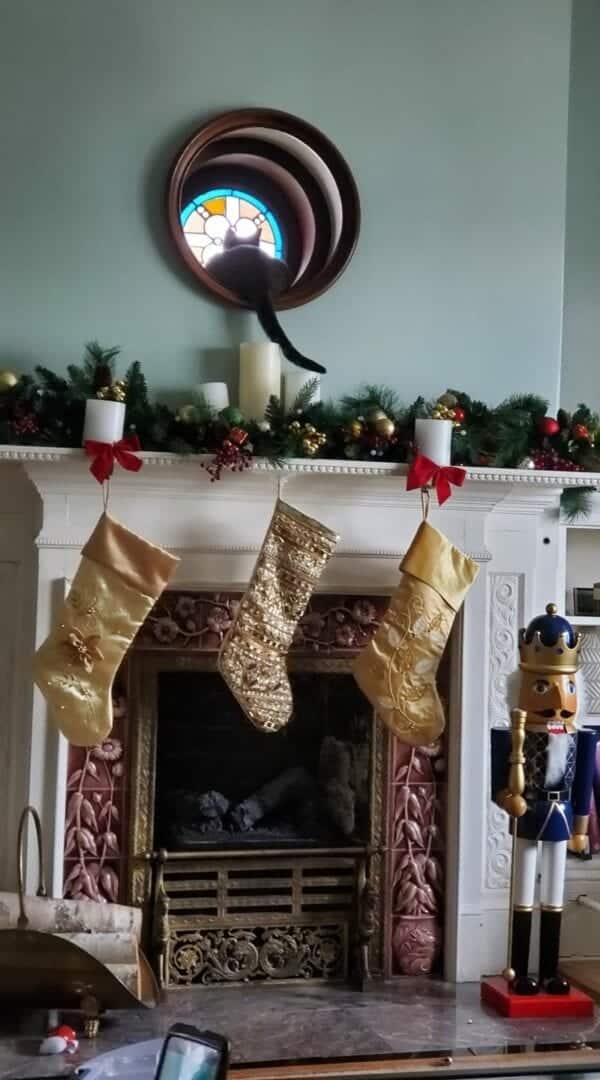 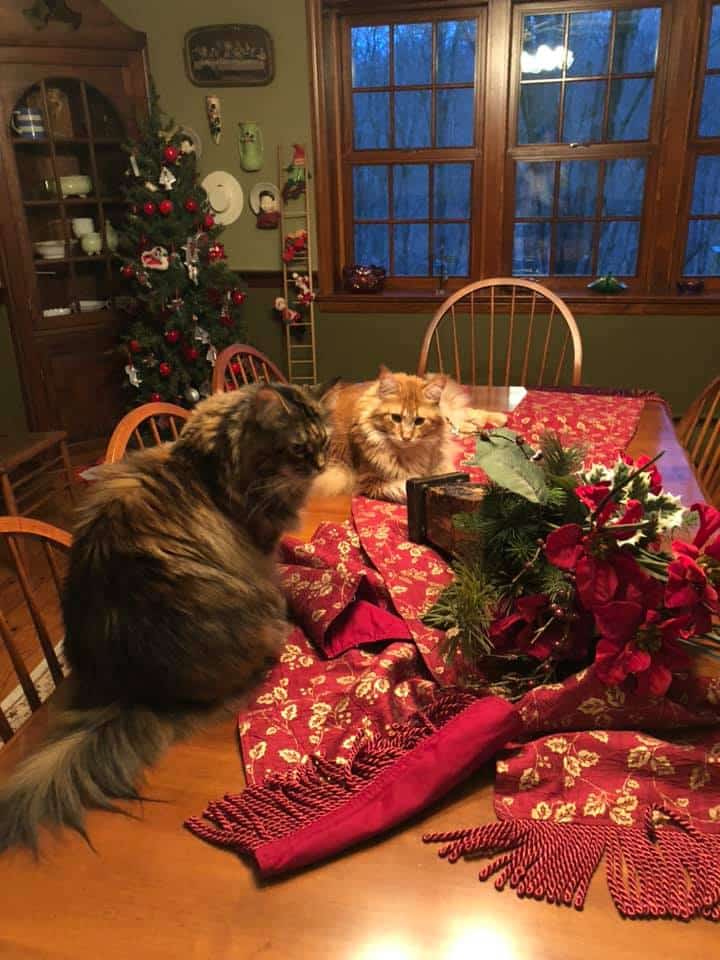 “Attacking the wrapping paper. This is Frankie.” 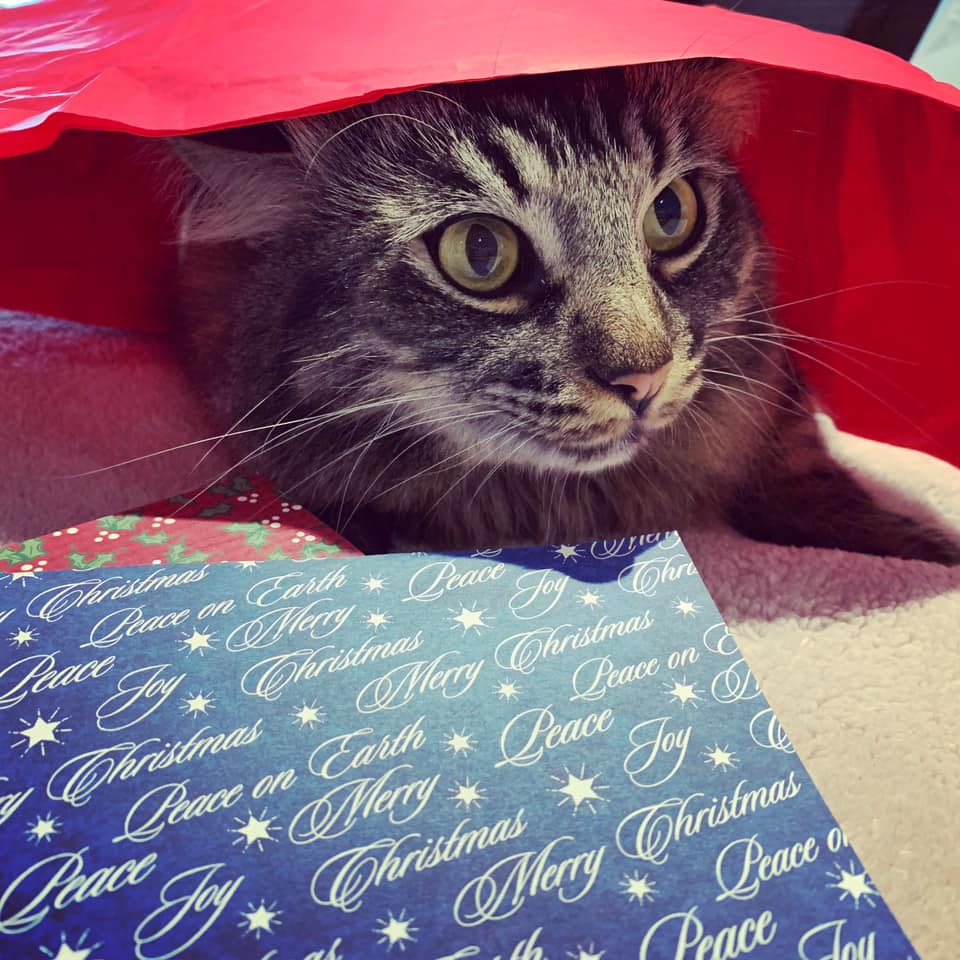 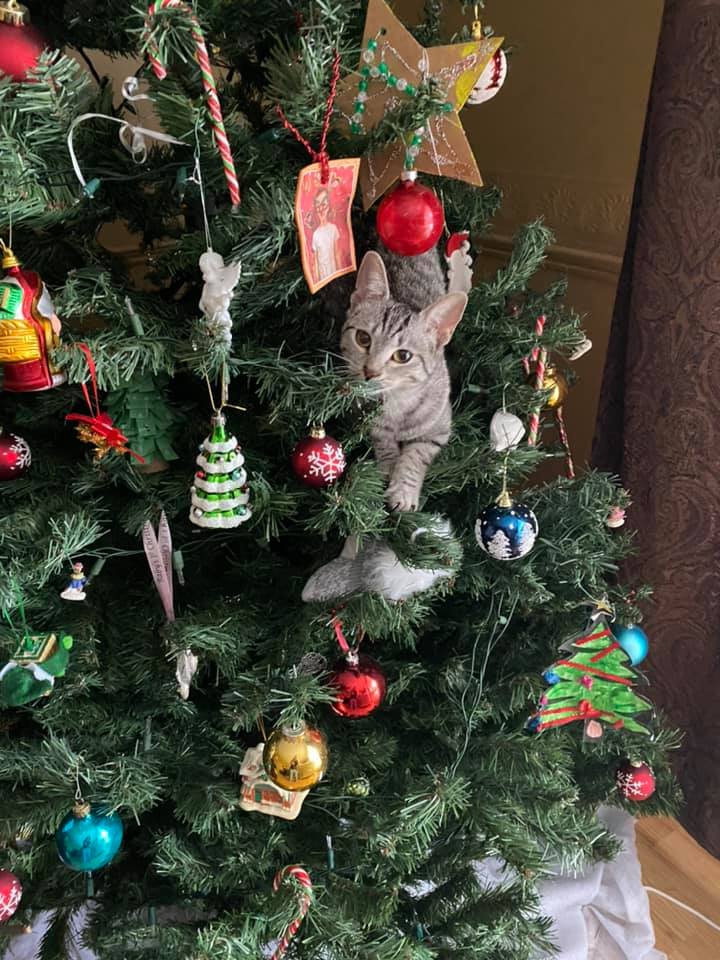 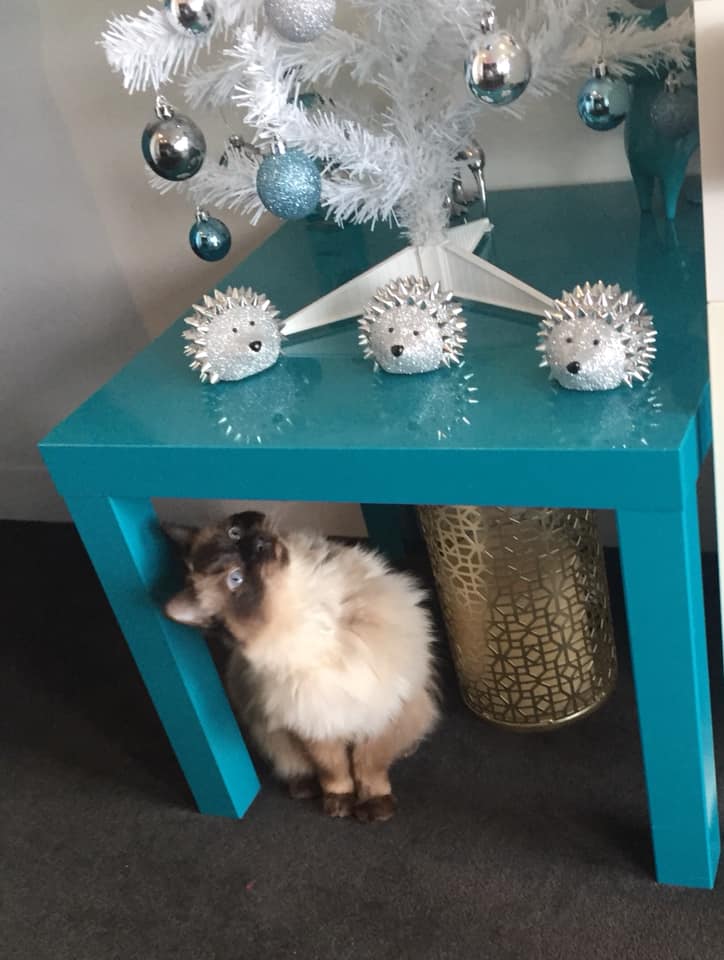 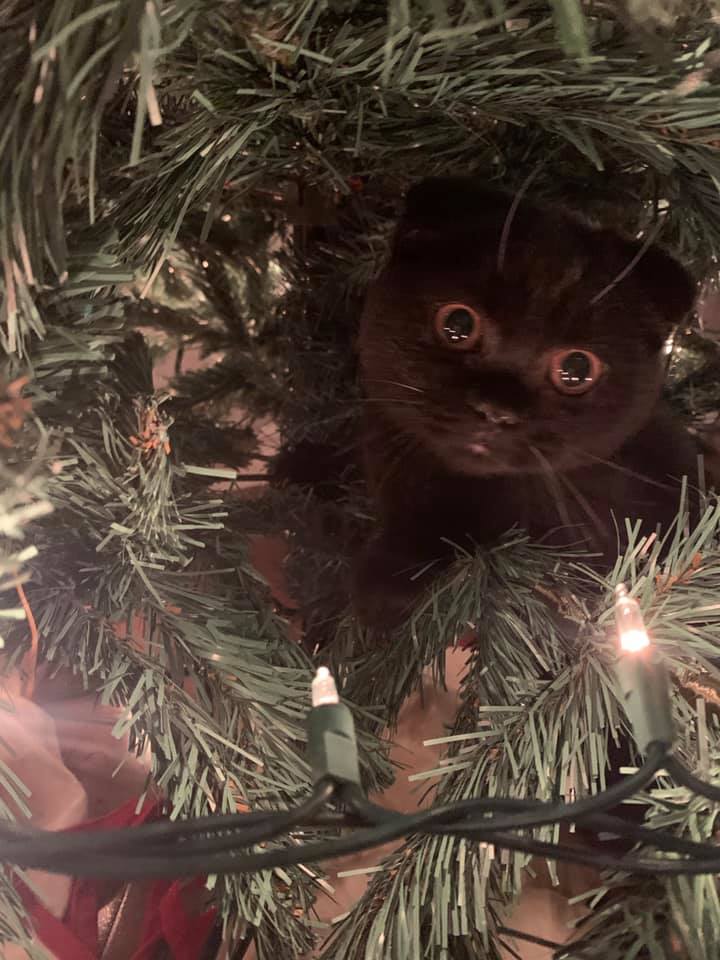 Did you enjoy all these naughty kitties? If you want more purrfect Christmas antics, check out this article on cattitudedaily.com with the best Christmas cat memes all in one place!

10 Important Rules If You Live With A Cat

Why Do Cats Love To Perch?