Sometimes in life, the best cats of all come to us when we least expect them. For one couple with a heart for cats in need, they were hundreds of miles away from home when they found a lonely kitten in desperate need of love. Once settled back at home with his new loving cat parents, quickly he blossomed into a happy and healthy kitty—and budding internet star.

I caught up with Kevin’s cat mom, Chelsea, hoping to feature her cool cat with an even cooler name, and thankfully for me, she agreed. So, everyone meet Kev—AKA Kevin Bacon the cat, a silly seven-year-old rescue cat who is living out his best nine lives down in Austin, Texas… 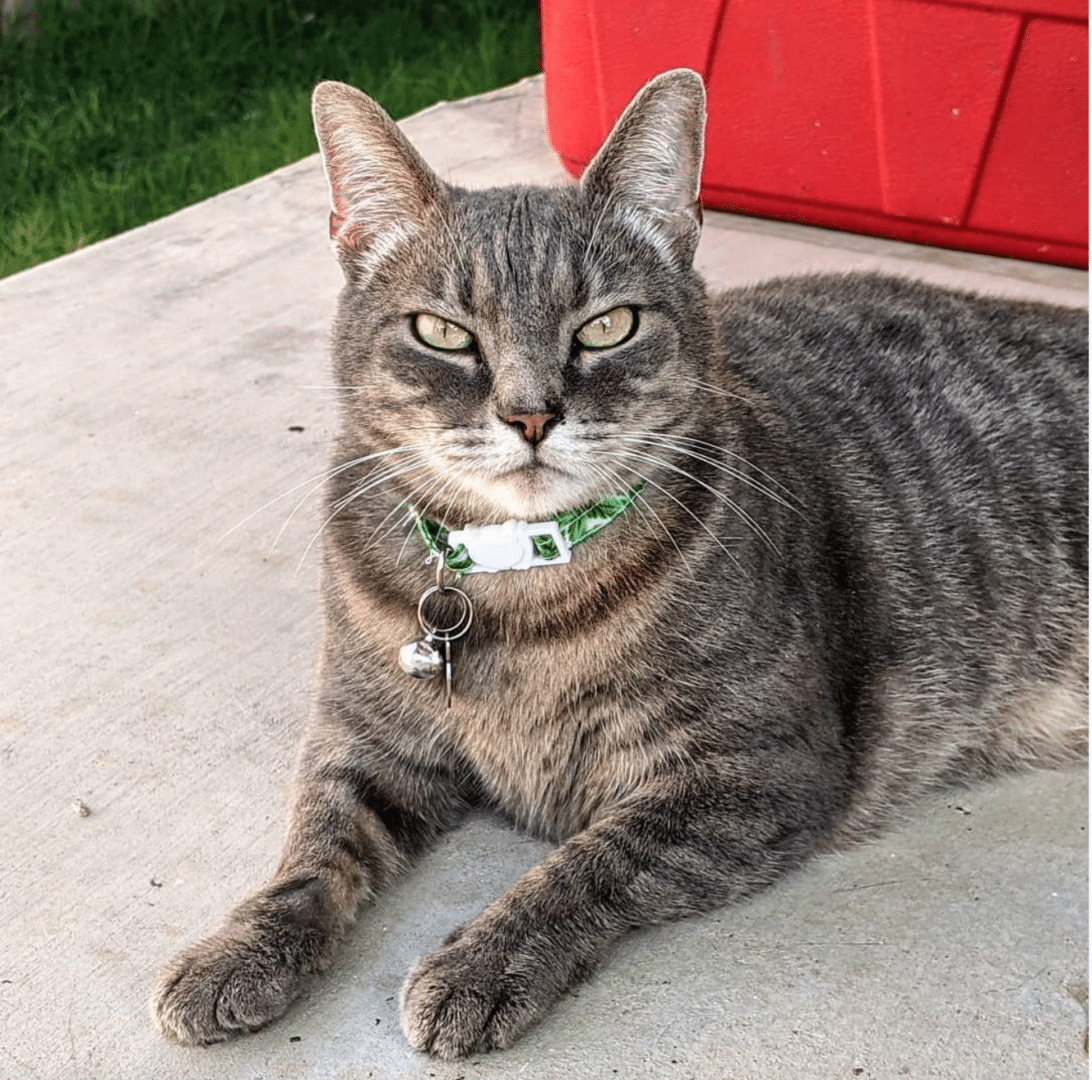 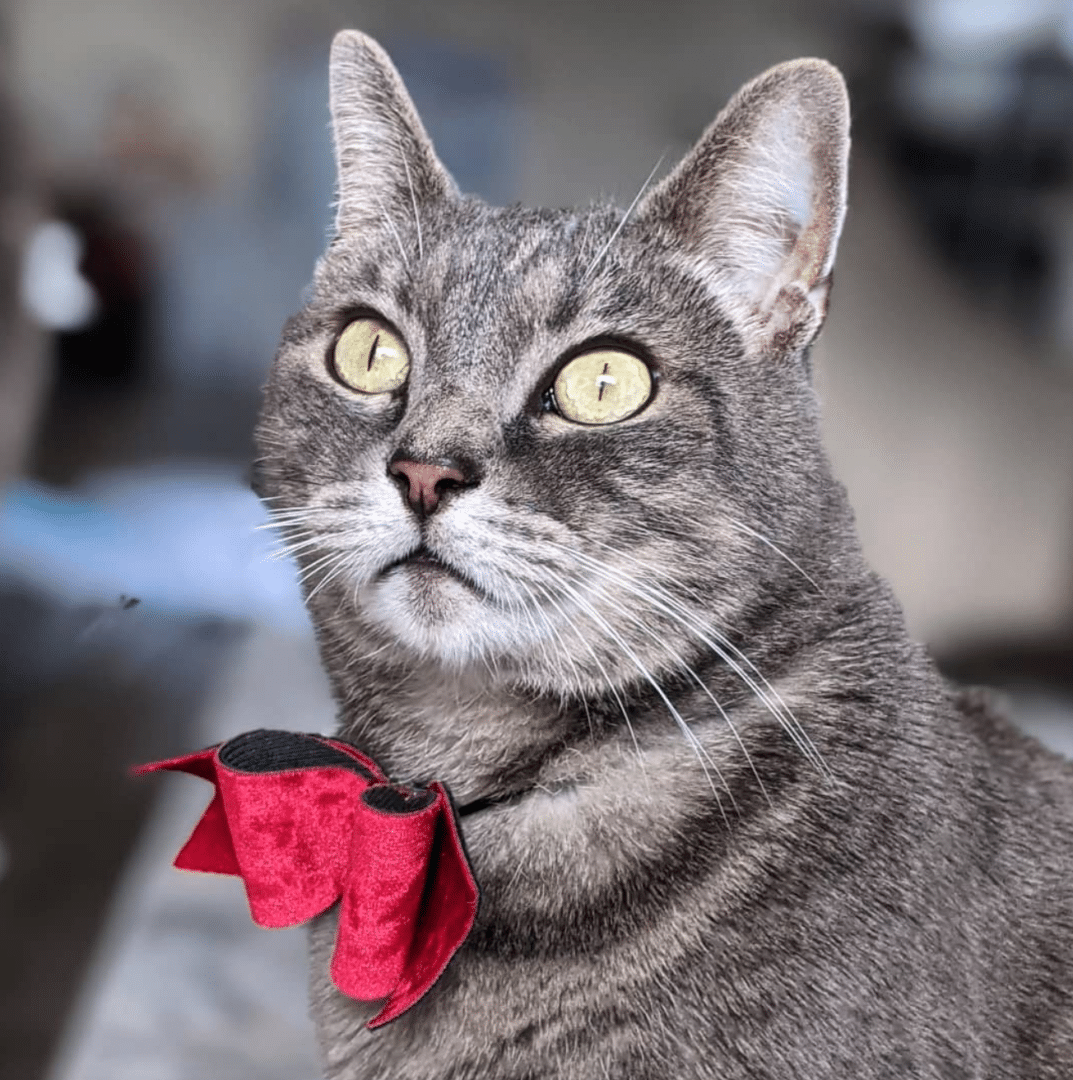 How did Kevin come into your life?

My husband and I found Kevin on a rainy, cold night at a motel in Jackson, Tennessee. He was on the second floor looking down at us through the rail and was meowing at us. We let him stay in the motel room with us because of the weather. We snuggled and fell in love!

How did Kevin (AKA Kevin Bacon) get his name?

We initially named him Kevin because I like human names for animals As a young kitty, we busted him on the counter licking the bacon grease from a pan – thus he became Kevin Bacon! 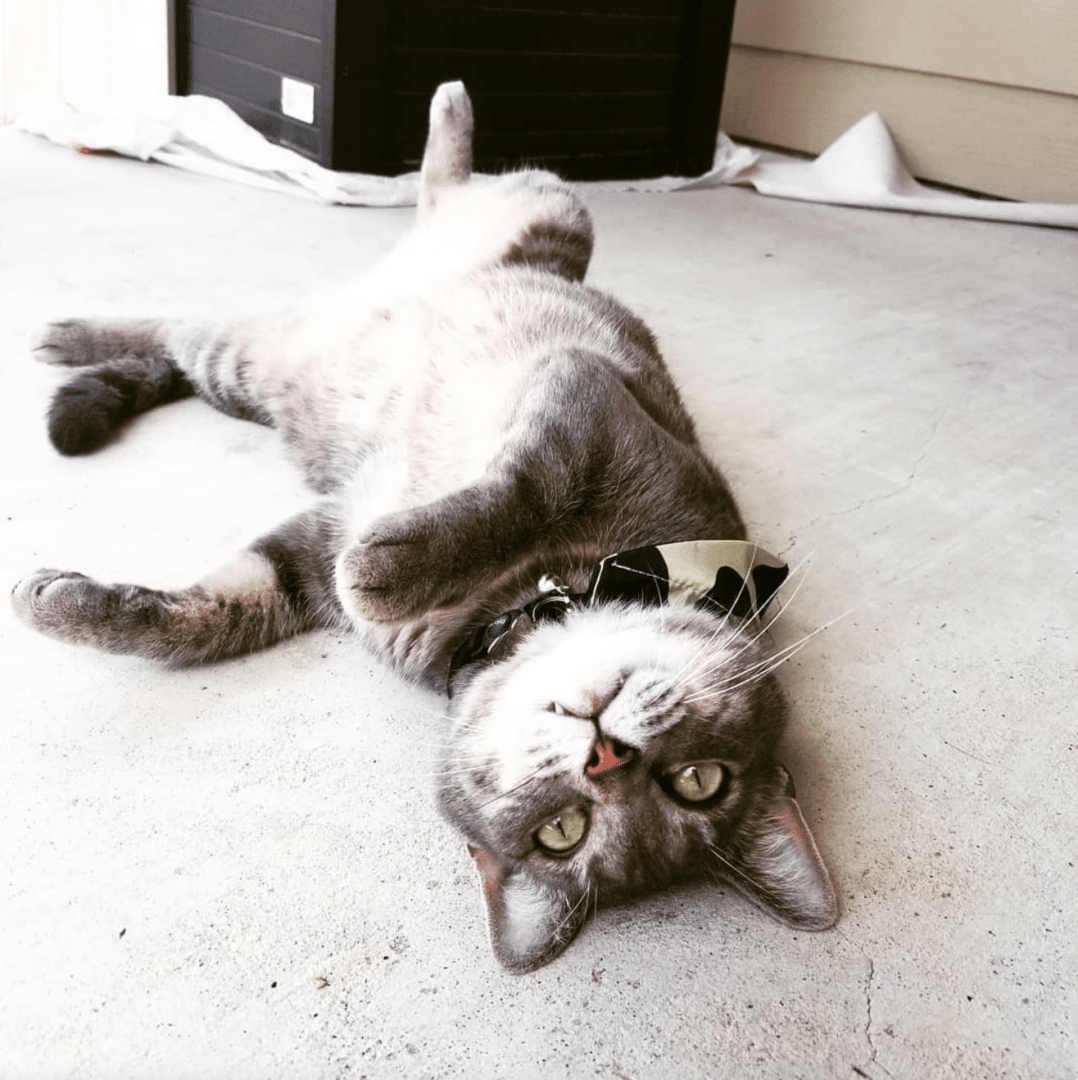 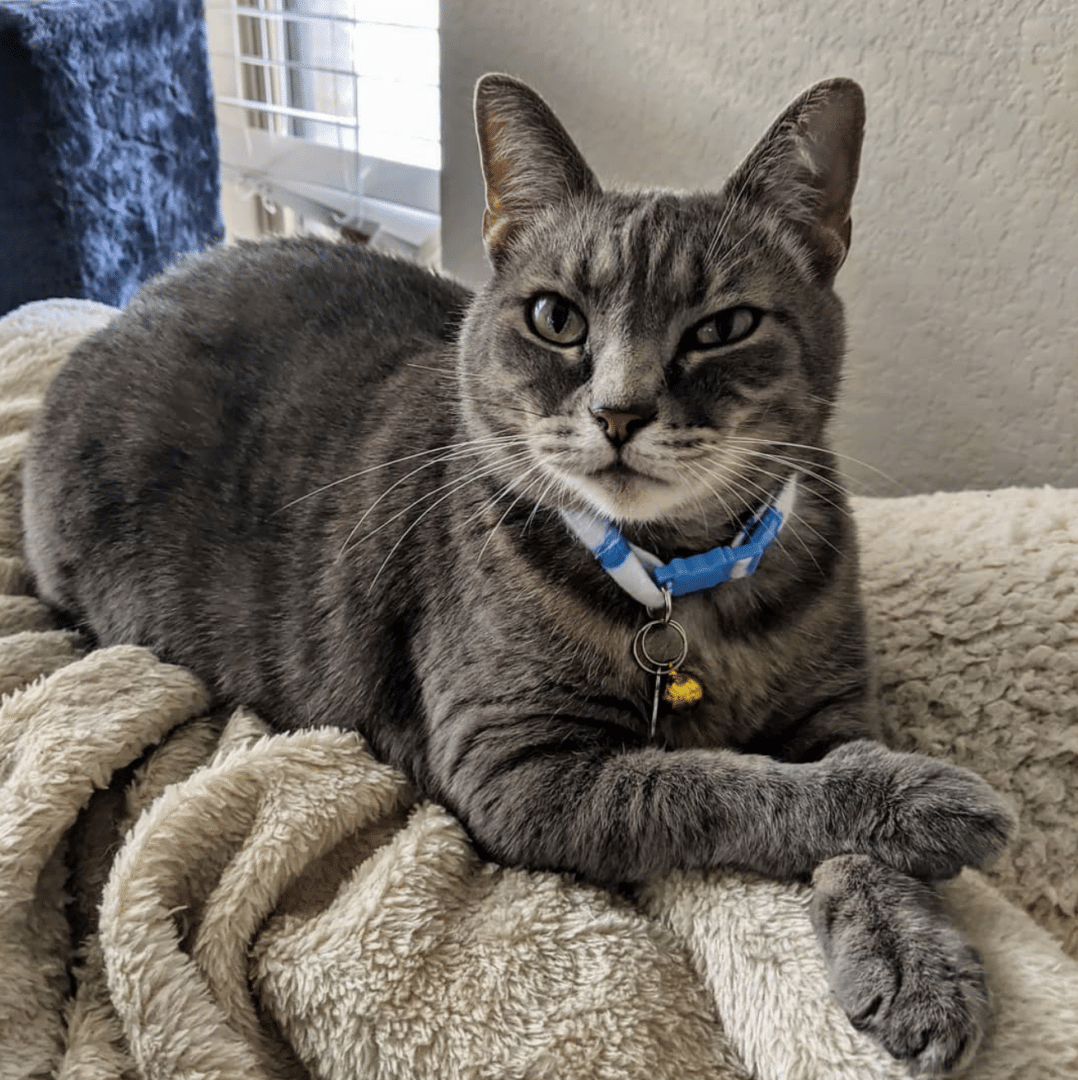 Kev is the man of the house. He’s very vocal and playful. He doesn’t like to be held but will lay on you on his terms. He loves to be petted!

Kevin has an older sister, a brown & black tabby, named Karen. He also has a little brother who is grey with stripes just like him. He also has an Instagram. 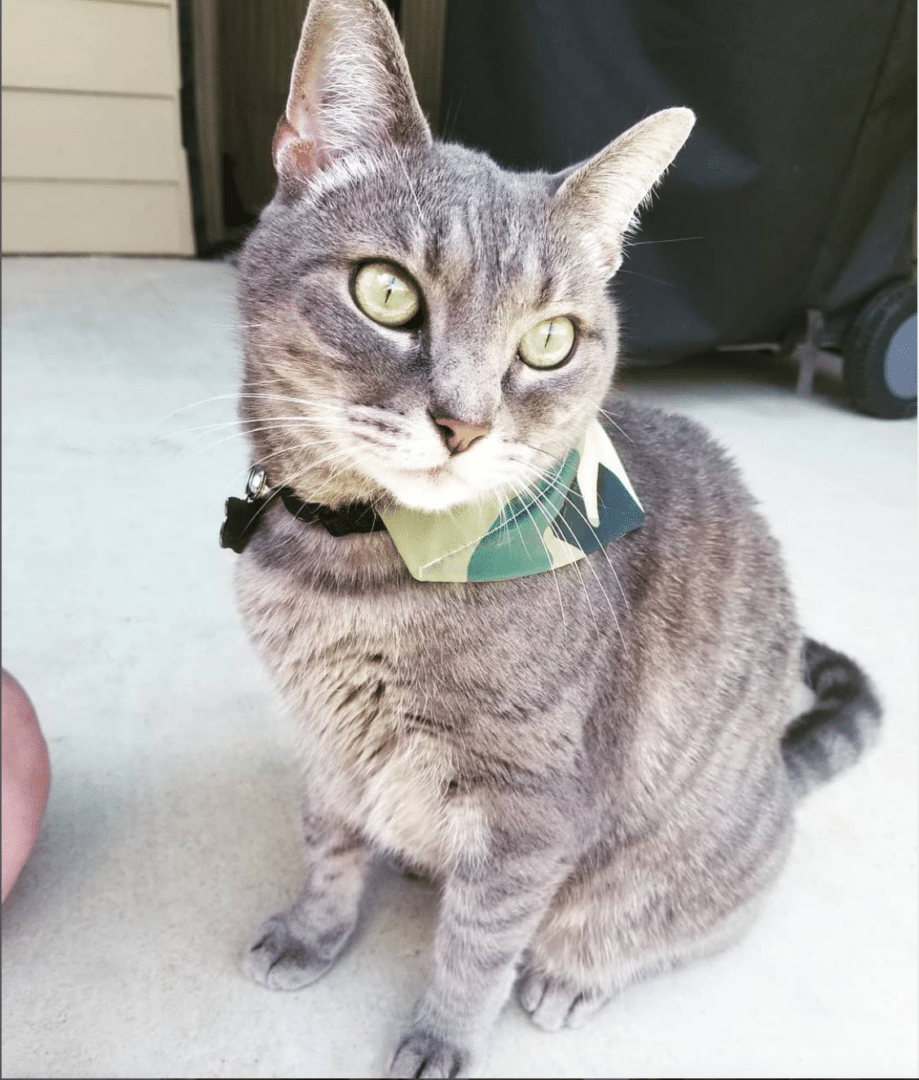 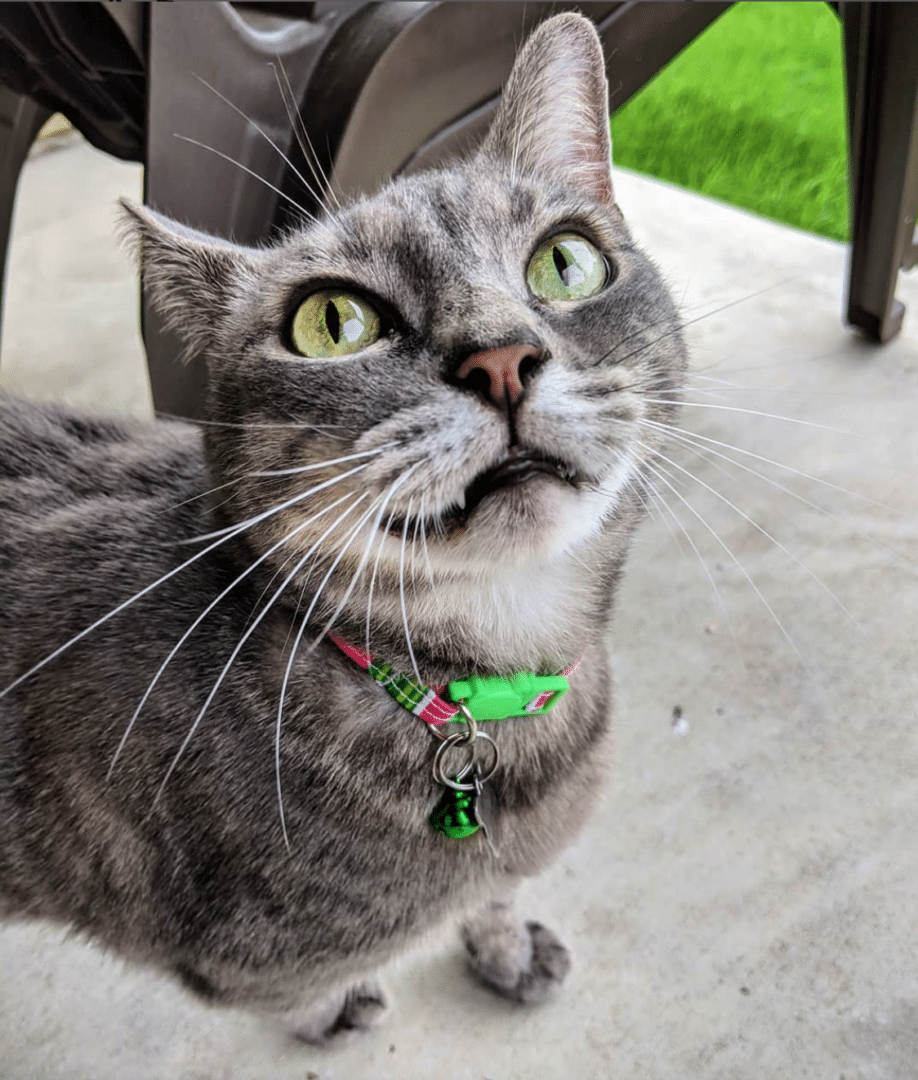 Favorite hobbies are sleeping, playing with his string (an old shoelace), and chasing his siblings around the house.

What’s something special you’d like people to know about Kevin?

Kev loves attention and always wants to play. He will carry his string to different parts of the house to get our attention. When he has it in his mouth and is walking to see one of us, he will make these cute muffled meows back to back until he gets to where he wants to go. 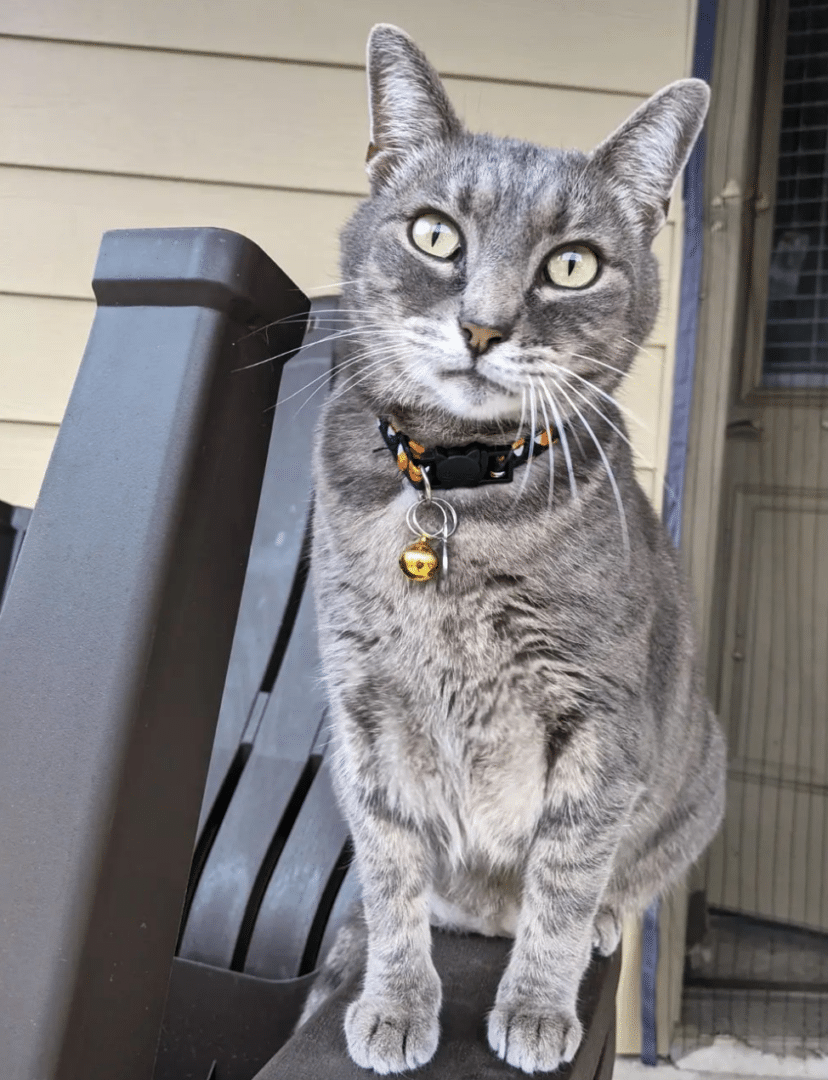 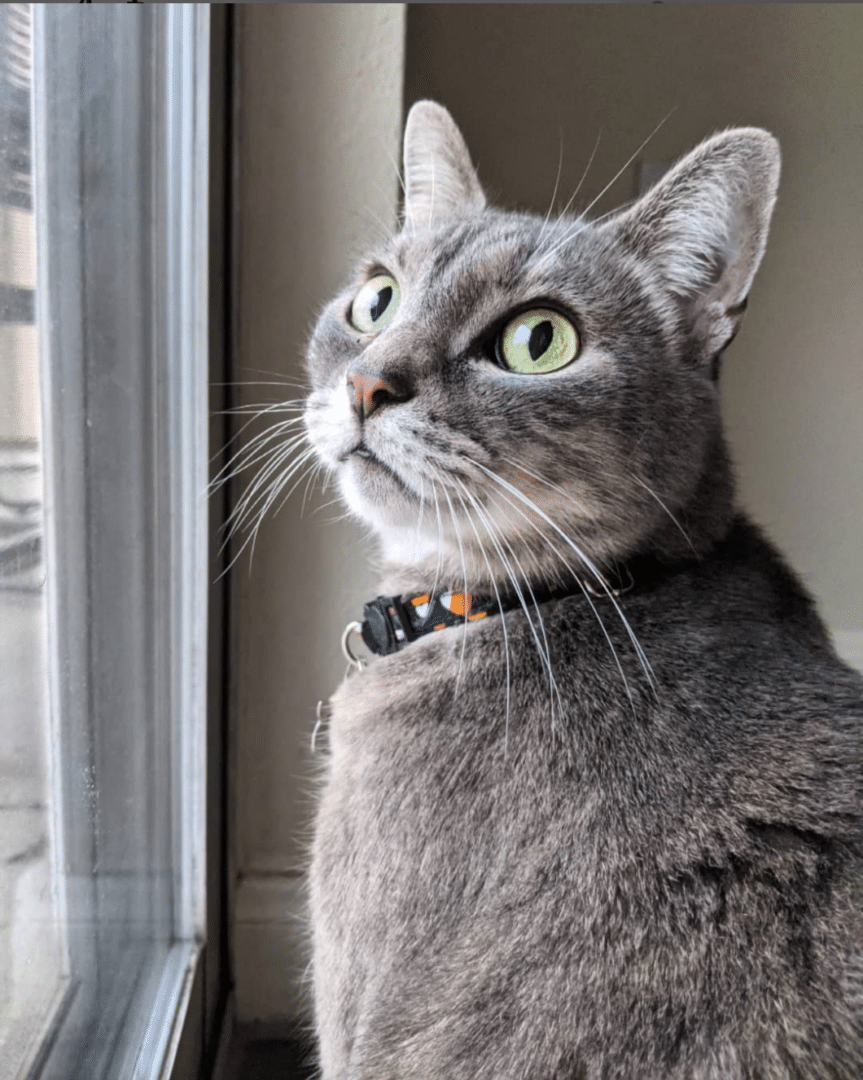 I’d like to give a special “thank you” to Kevin’s cat mom for allowing me to share his story and images with all of the Cattitude Daily readers. For more on this cute and silly tabby kitty, be sure to check out Kevin Bacon Cat on Instagram.

All Images Courtesy of The Kevin Bacon Cat on Instagram