Meet Able Maew: A Happy Kitty With Two Legs And Lots Of Heart

A cat with a disability often doesn’t know that they are any different than another cat. They are often just as happy, playful, and curious as any other feline would be. For Able Maew, he didn’t have an easy start at life. He was found living on the streets of Thailand. After chasing prey and being electrocuted from a nearly fatal fall onto an electric transformer, he was in very bad shape. His front legs and tail were not spared, but he found a way to adjust to his new way of life thanks to a human who took a chance on him. Today, he lives happily indoors with his cat housemates and is spoiled and very loved. 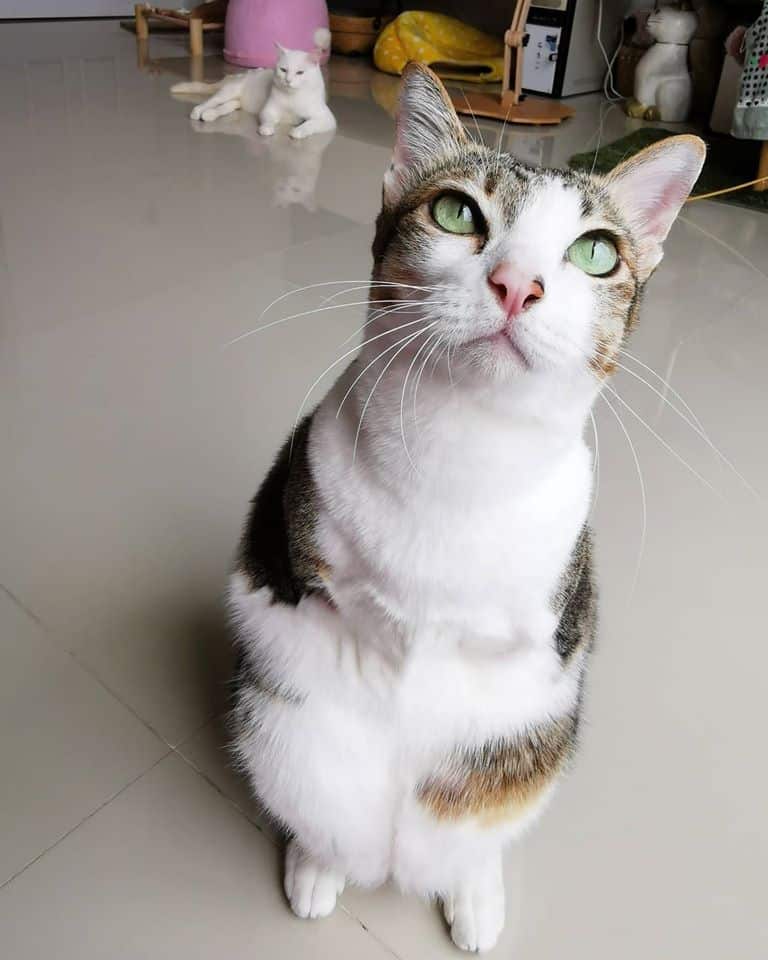 He might look like a handicat strictly from appearances, but this fierce kitty has got spunk and a lot of heart. Able Maew navigates life alongside his cat housemates who also have disabilities. So, it’s easy to say that his owner has a big heart. And from his photos, you can see just how happy this clowder of cats is to have one another. His owner says that, “The first time I saw Able, I felt such energy and inspiration to live my life. He’s a very strong cat, indeed.” 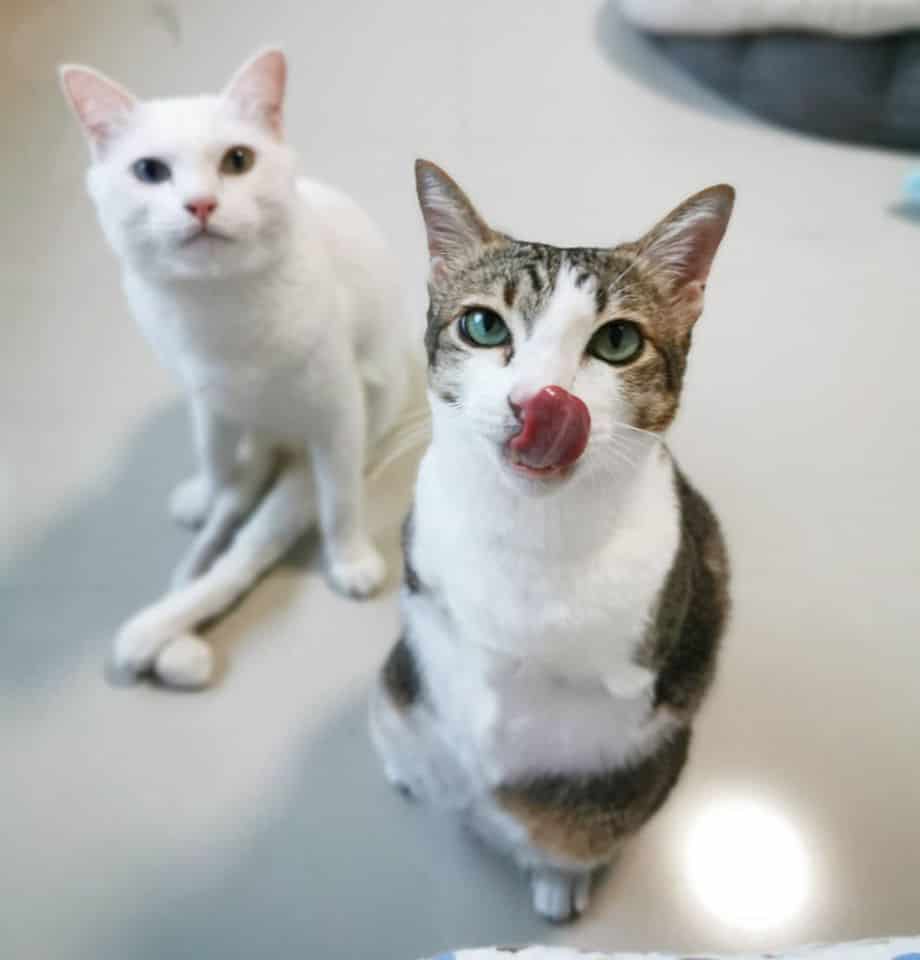 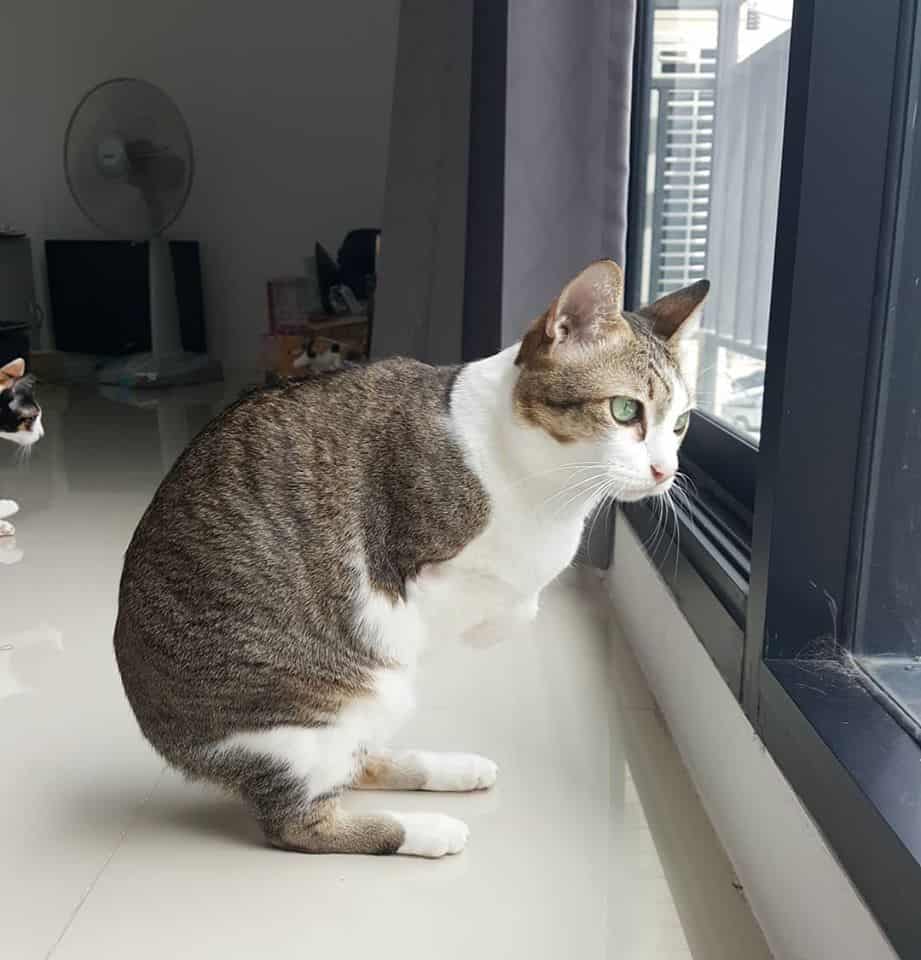 As you can see, he’s come a very long way since first being rescued… 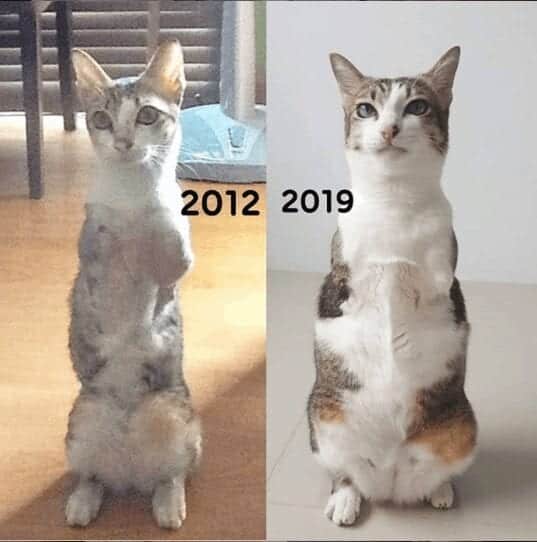 Able and his three cat housemates, Finfin, Ginny, and Pocky love to pass the time together playing, cuddling, and watching the world below from the comfort of their home. Well, in this case, the world above—which is likely a bird! 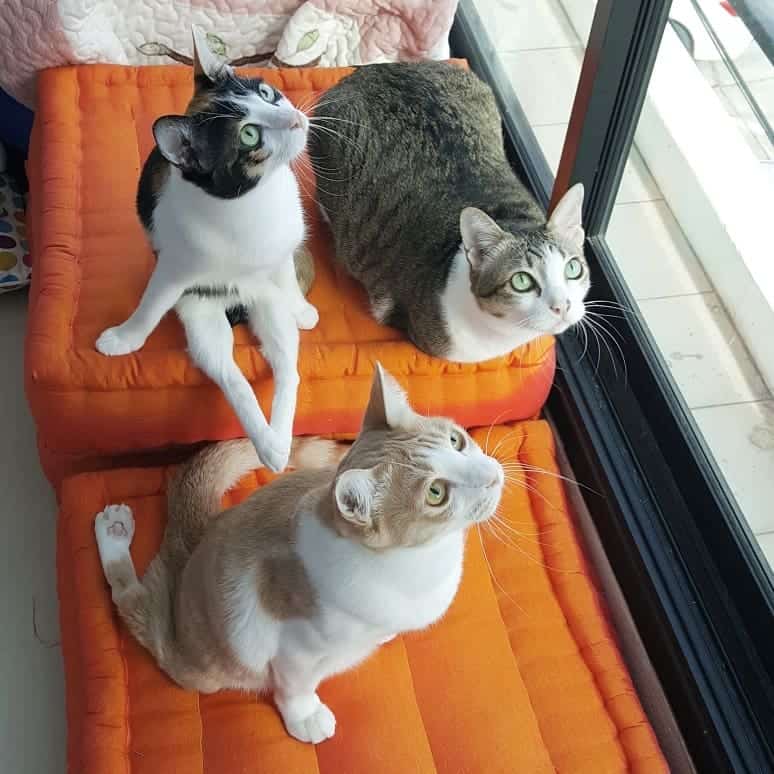 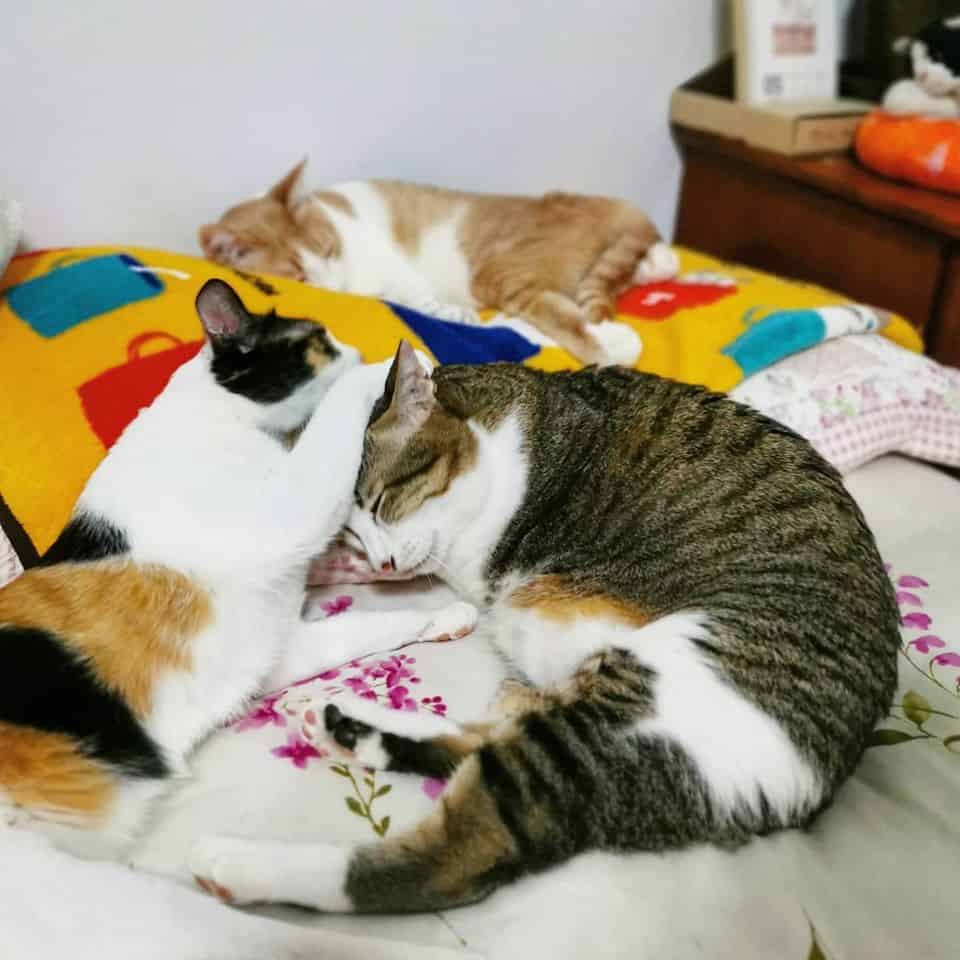 To get around, Able Maew finds a way that many have said make him seem almost as if he’s a feline T-Rex…

Sometimes in life, all it takes is just one person to believe in you and give you the chance you deserve. I’m very grateful that sweet Able was able to find that person for him. Because of her, he’s thriving. They’ve been together eight years and counting, and here’s to wishing them both many years more. 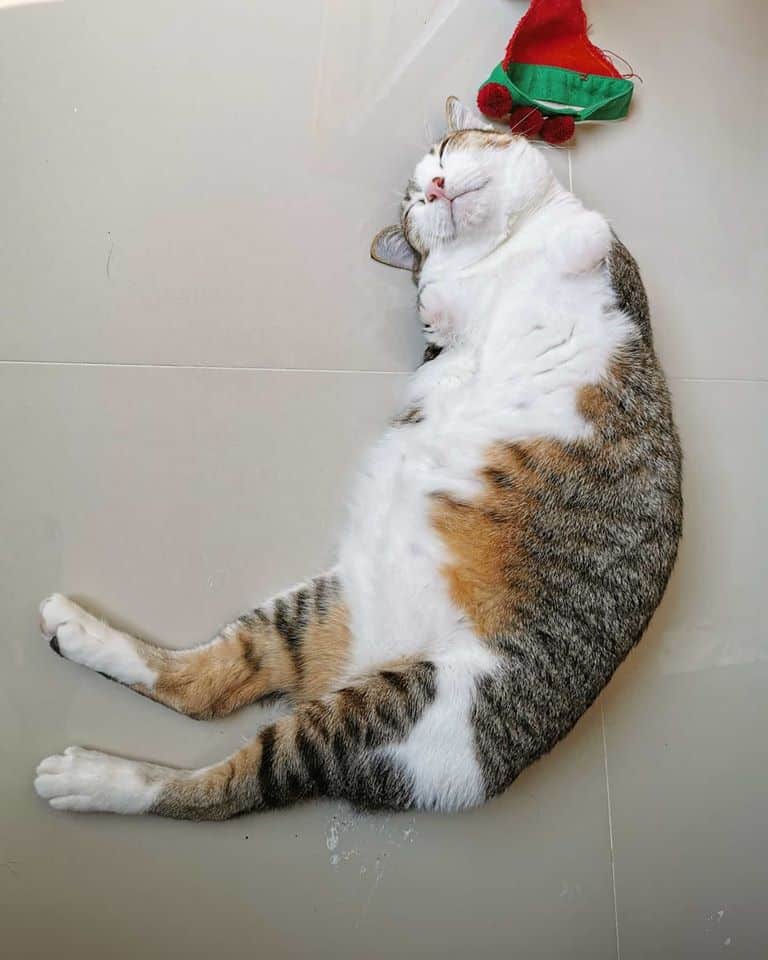 Know someone who would enjoy seeing Able’s photos and hearing his story? Share this article with them to brighten their day. Able is proof that any cat can do anything when they have a human to believe in them. 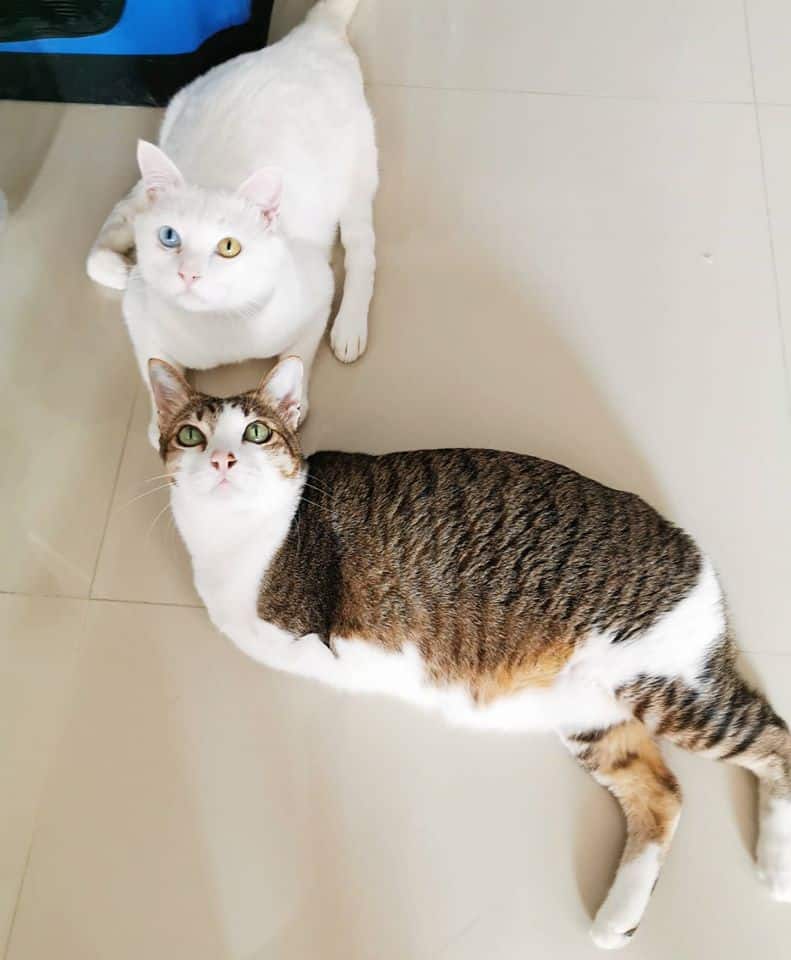 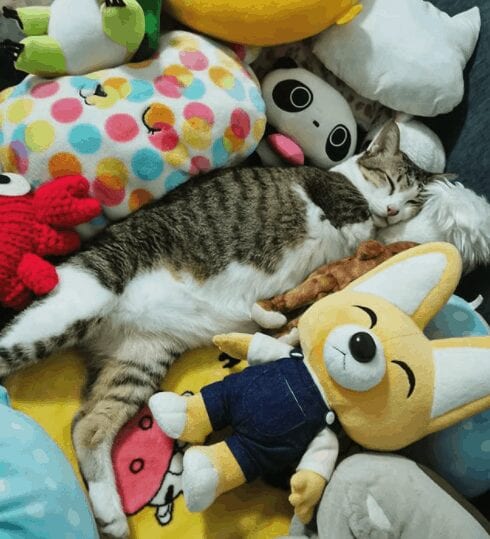 Want to read about Rexi, another handicat that’s known as the “living emoji cat” on Instagram? Check out his story and adorable photos here on cattitudedaily.com. 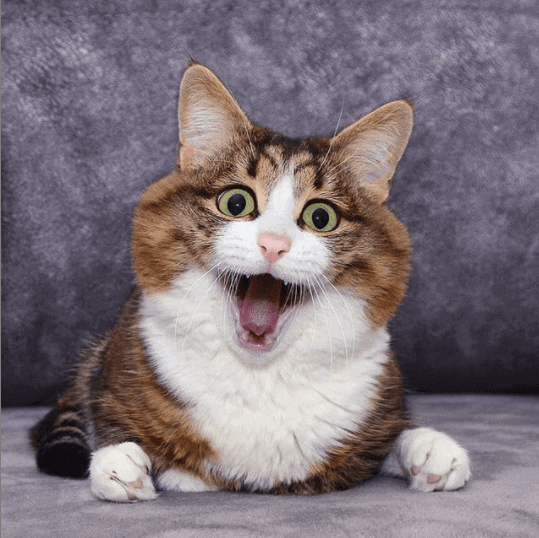 Why Do Most Cats Hate Water?