Thankfully for us cat owners, many cats are living far beyond the average cat life expectancy of 12-15 years. And not only this, but many super senior cats are still shining like stars thanks to good care from their devoted cat parents.

For one beautiful cat appropriately named Pretty Girl, she’s a super senior kitty cat that dazzles and defies her chronological age. Pretty Girl’s got stunning blue eyes and a magnificent coat, and she just goes to show you that senior cats can be some of the most beautiful cats of all. 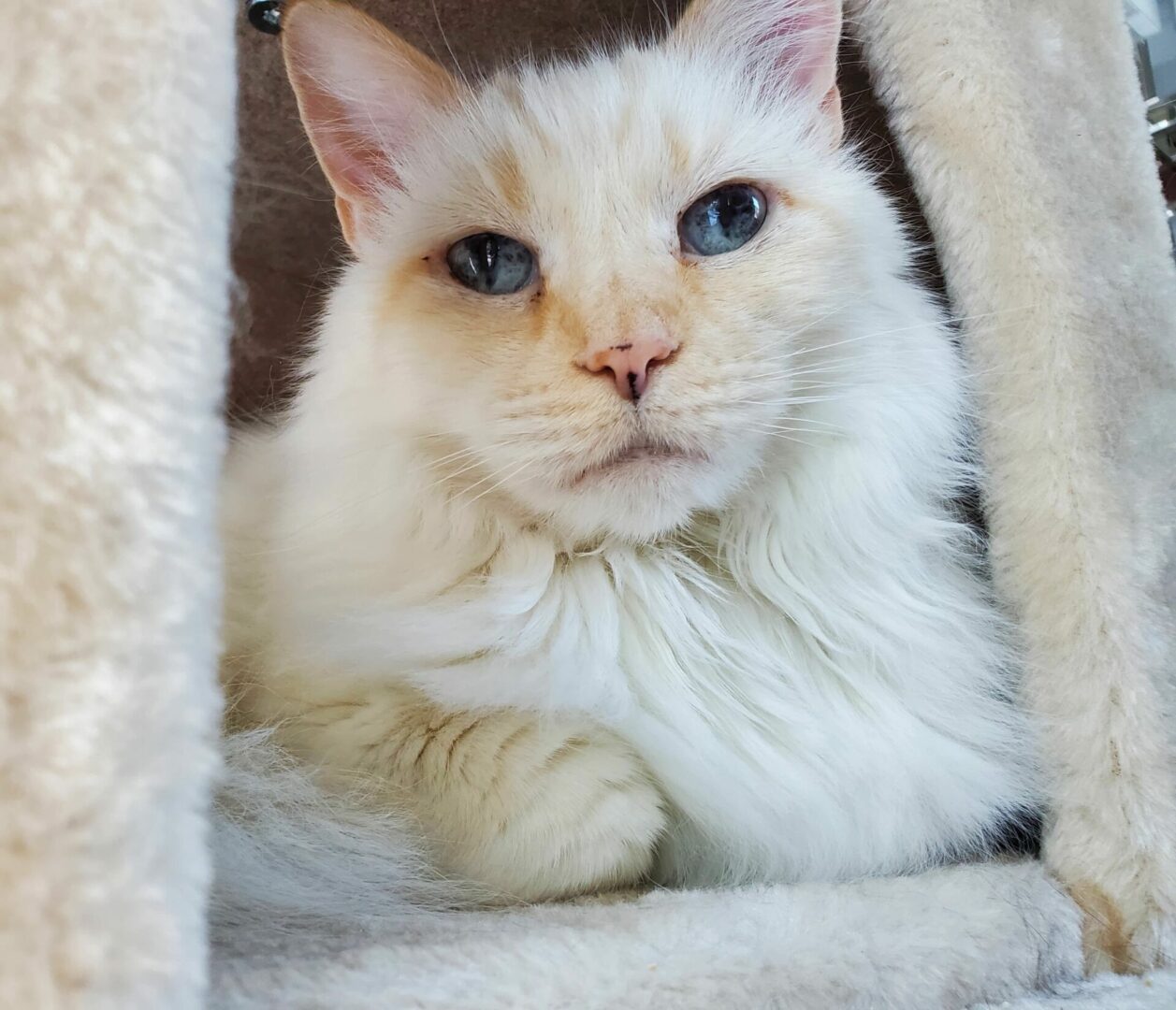 How did Pretty Girl come into your life?

I got her as a 4-month-old kitten from a young couple who were expecting their 3rd child and no longer wanted or had time for a kitten. My ex and I had just moved into an apartment and were looking for a pet, so we adopted her.

How did Pretty Girl get her name?

We couldn’t decide on a name for her; I always referred to her as my Pretty Girl and so that name has since stuck with her. I also use PG as her nickname, as well as My Princess. 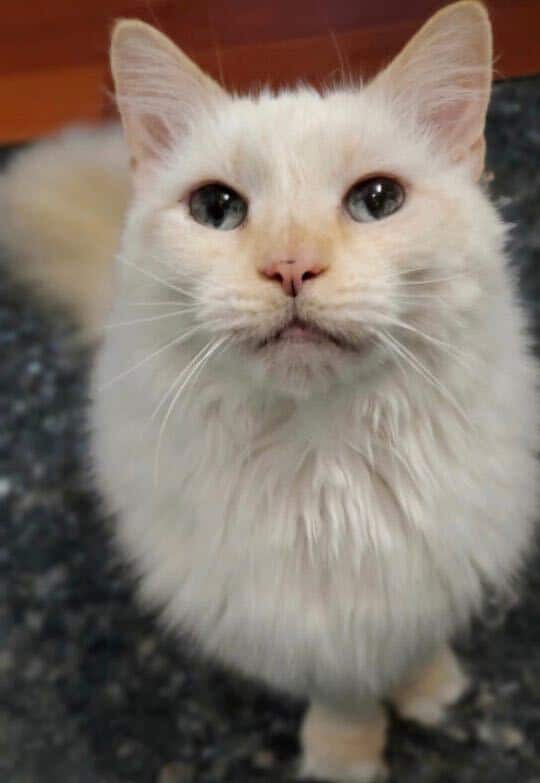 She is not only beautiful but fiercely independent and smart. She loves her toy mice, including batting them under the stove and fridge, dropping them in her water dish (I’m assuming she thinks she’s drowning them), but her all-time favorite activity would be running around the house yowling at all times of the day and night with her toys in her mouth and dropping them in front of me. Even after turning 16 last September, she is still full of spunk and energy. She is definitely my girl, she’s my shadow. She follows me around seeking attention (on her terms of course) and sits in front of the couch at night waiting for me to pull the recliner out so she can perch herself right next to my feet and sleep while I’m watching TV.

She doesn’t like to snuggle, but still feels the need to sleep right next to my head in bed every night. She lives with 4 other cats and a bunny, and they all know she is the Queen of the kingdom. She has no problem letting them know that I am hers if they try to steal her attention away from me (although they never fight or are aggressive with each other). 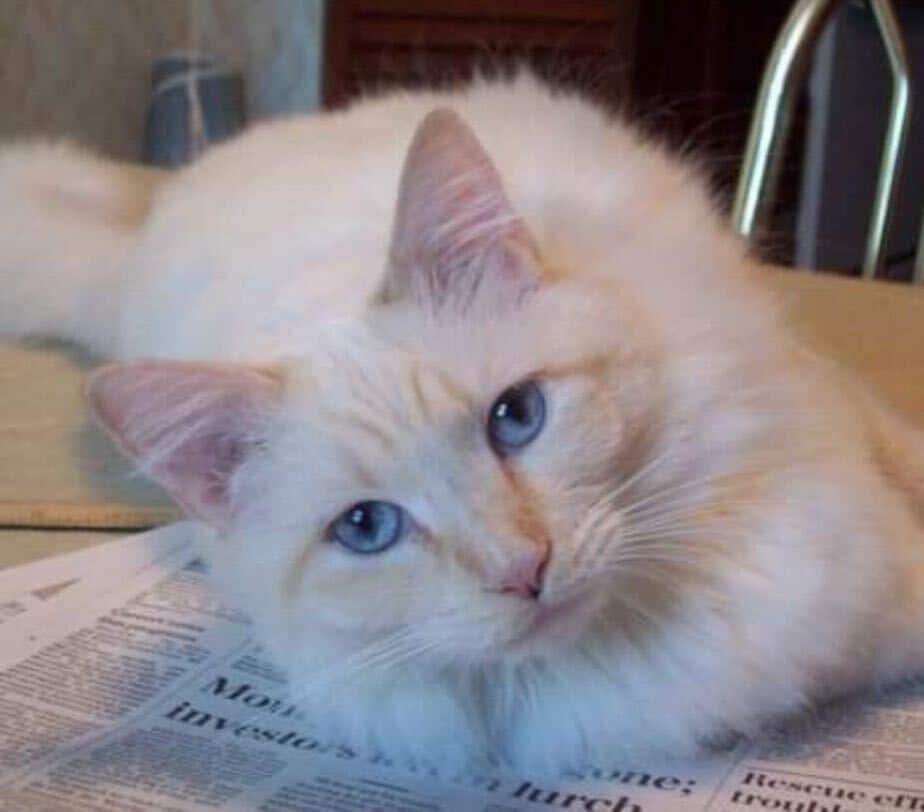 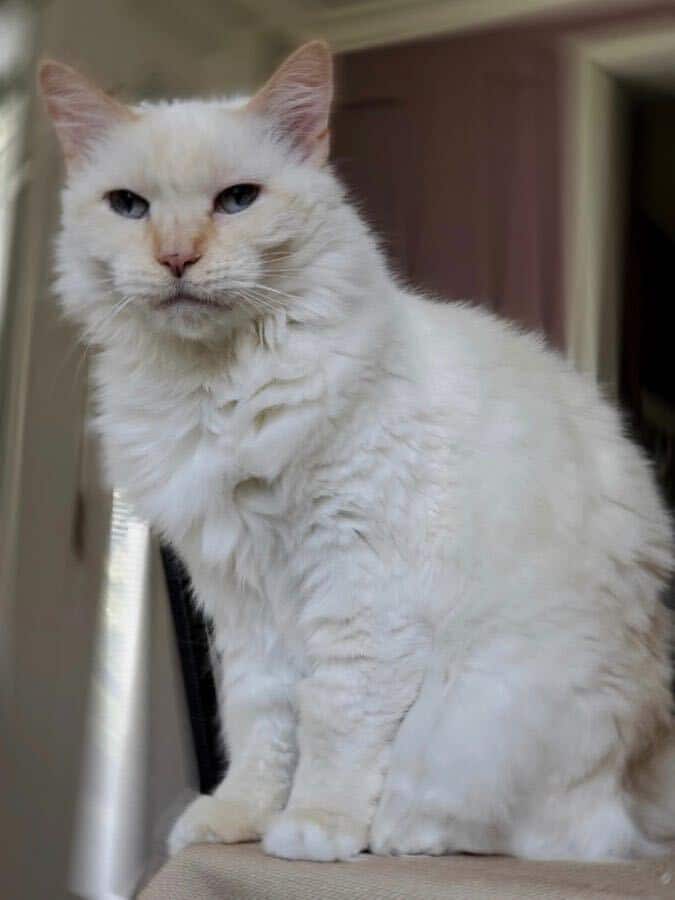 Her best friend is my tuxedo cat, named Joey Misfit. I trapped him as a sick 8-week old feral kitten and brought him home to her when she was about a year old. She immediately took him under her wing, mothered him, and showed him how to be a cat. They have been best friends and inseparable for the past 15 years. 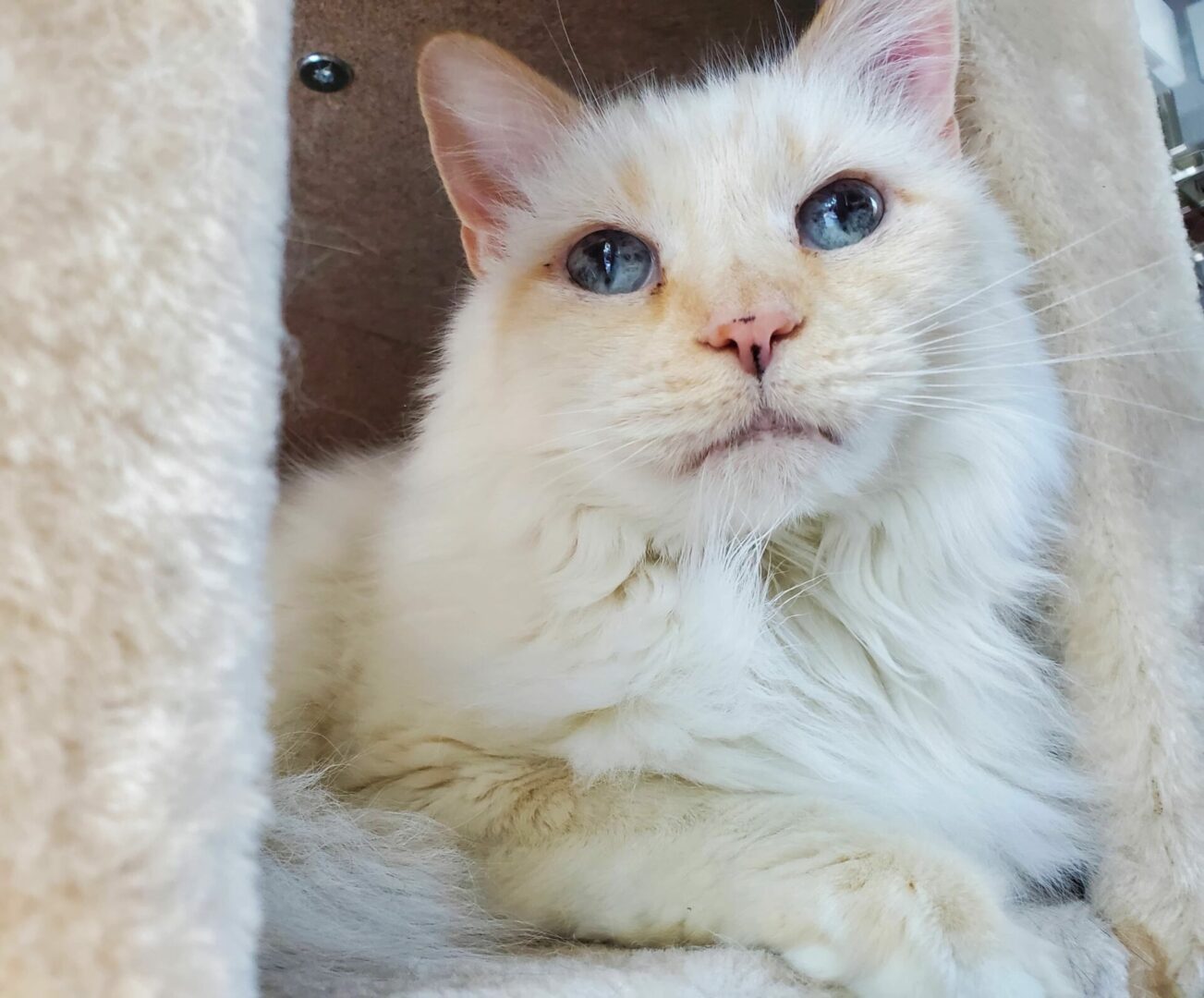 What’s something special you’d like people to know about Pretty Girl?

She developed food allergies at a young age, but I do sneak her a special treat from time to time. Even though the blue eyes and white fur combination lead to a higher probability of deafness, I can assure you she hears just fine… the only issue she’s ever had was selective hearing.

Due to that beautiful fur having a tendency to get matted she does get her lion’s haircut every Spring and she loves it, prancing around the house after. 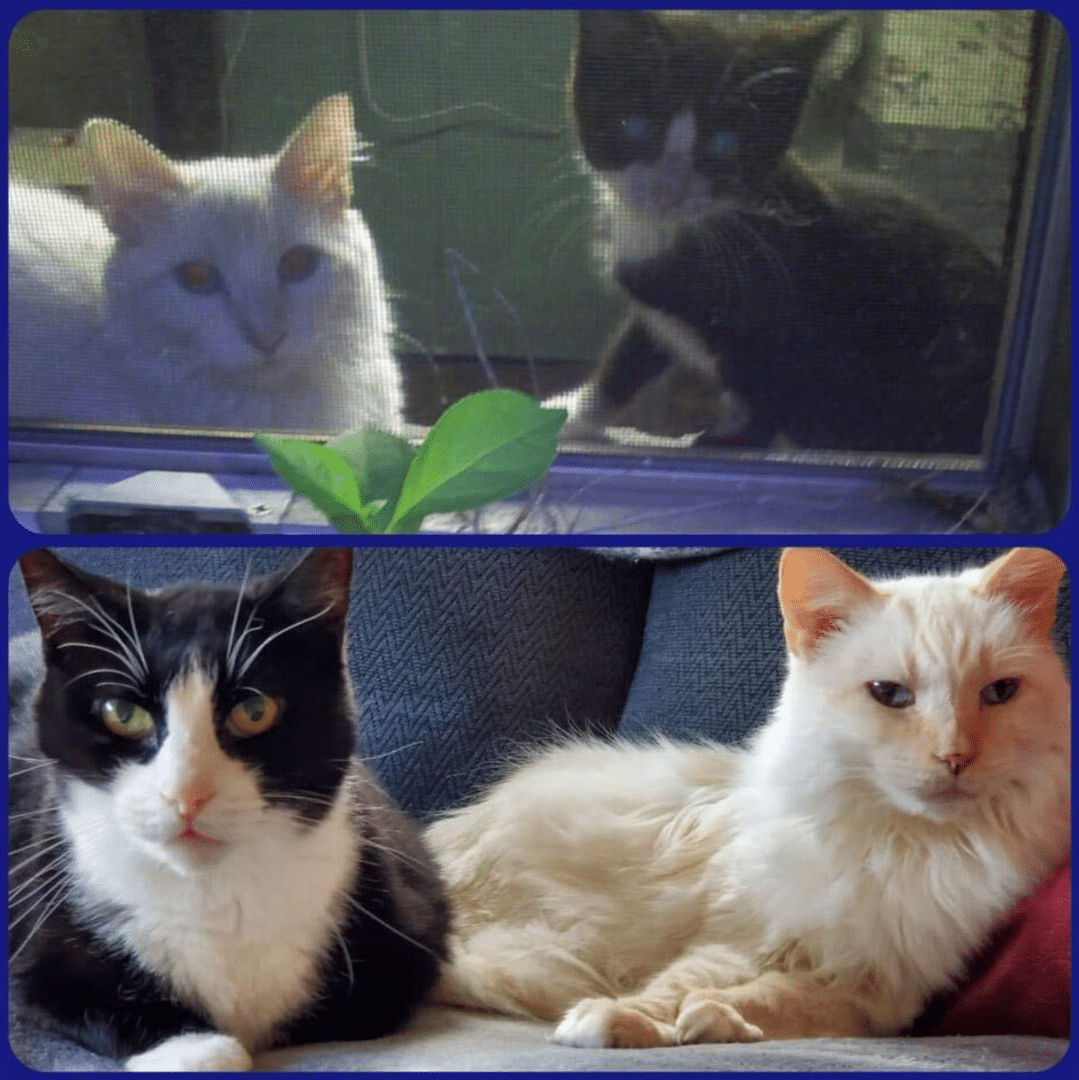 I’d like to give a special “thank you” to Pretty Girl’s owner, Jenna, for allowing me to share her cat’s story and images with all of the Cattitude Daily readers. Stories like Pretty Girl’s just go to show you that some cats are like a fine wine and only get even more special with age.

Want some tips on how to make life easier on your senior kitty? Discover them here on CattitudeDaily.com.