Feline 411: All About Siamese Cats

Aside from those piercing blue eyes, the Siamese cat breed is loved by many for their feline ballerina frame and dazzling color points. These cats are known for their chatty nature and attachment to those that they love most, but what else do you know about these beautiful kitties? Keep reading to discover some fun and interesting facts about Siamese cats. Enjoy! 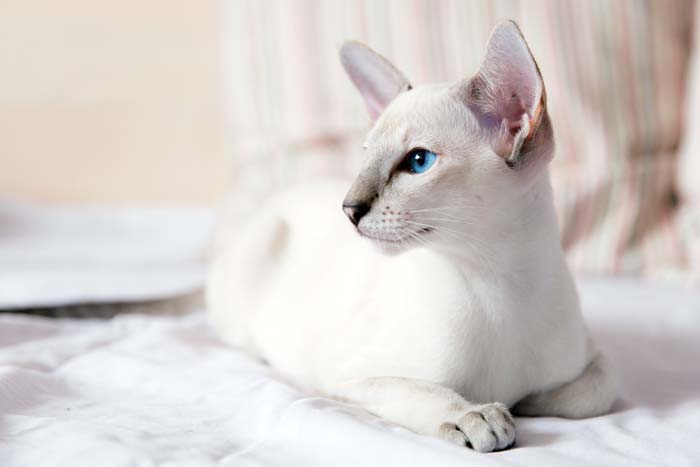 One of the oldest cat breeds

While it isn’t 100% certain where these cats came from, it has long since been believed that these cats descended from Siam, now known to us as Thailand. Siamese cats were “sacred temple cats” and adored by those Buddhist monks who kept them as pets. Siamese cats are often healthy cats who carry out long and healthy lives (when kept indoors). Many live far beyond the average house cat, with an average lifespan of 15-20 years. (One of the world’s oldest living cats was actually a Siamese cat named Scooter who lived to be 30!) 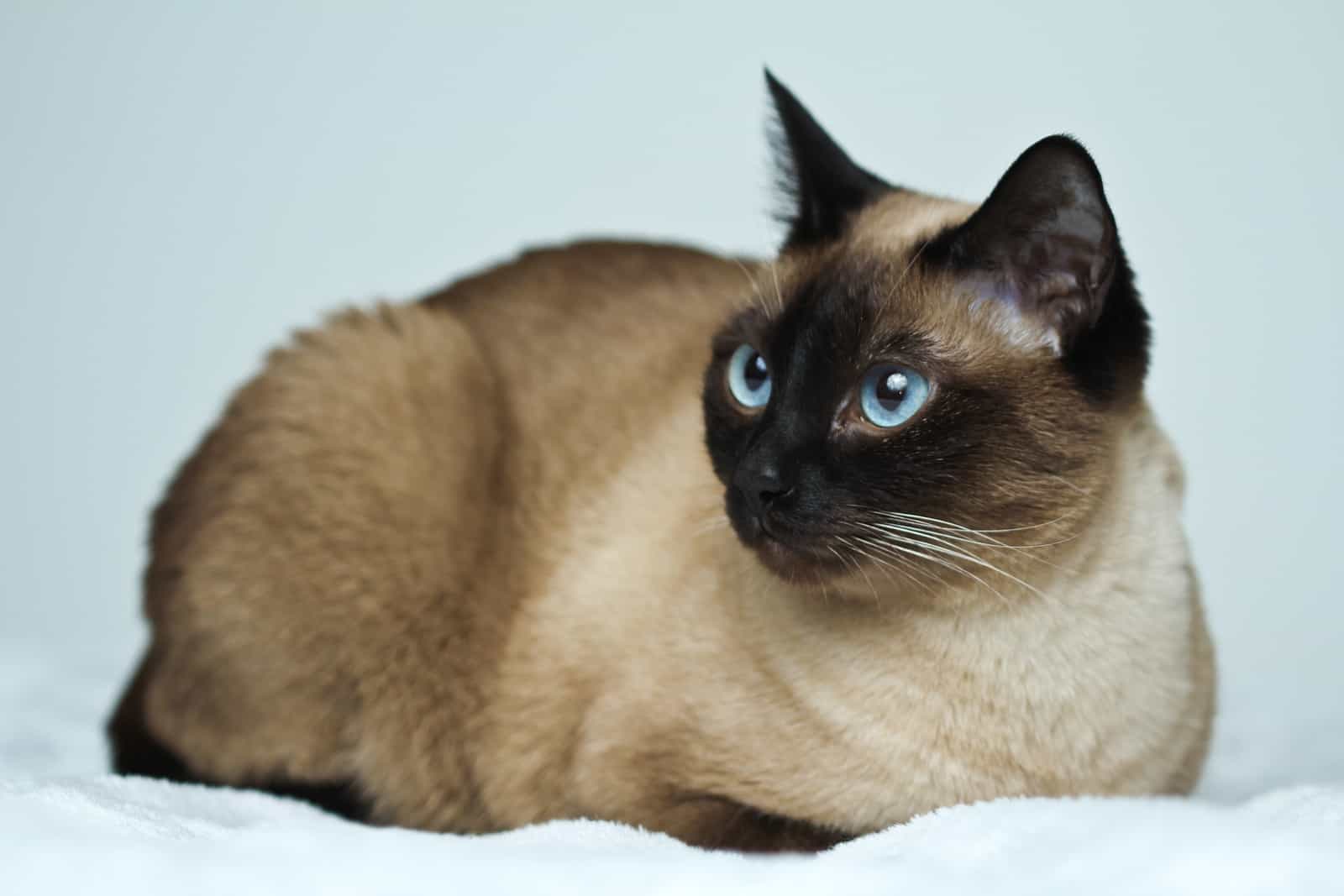 A favorite breed among many people across the globe, these cats come in a variety of colors—which are referred to as points. Their masked appearance is a lovely contrast compared to the creamy color of their beige coats. The points are seen on their face, ears, legs, and tails, and the colors recognized are seal, lilac, chocolate, blue, smoke, red (flame), and silver.

Just look at these stunning baby blues and perfect points on Siamese cats: 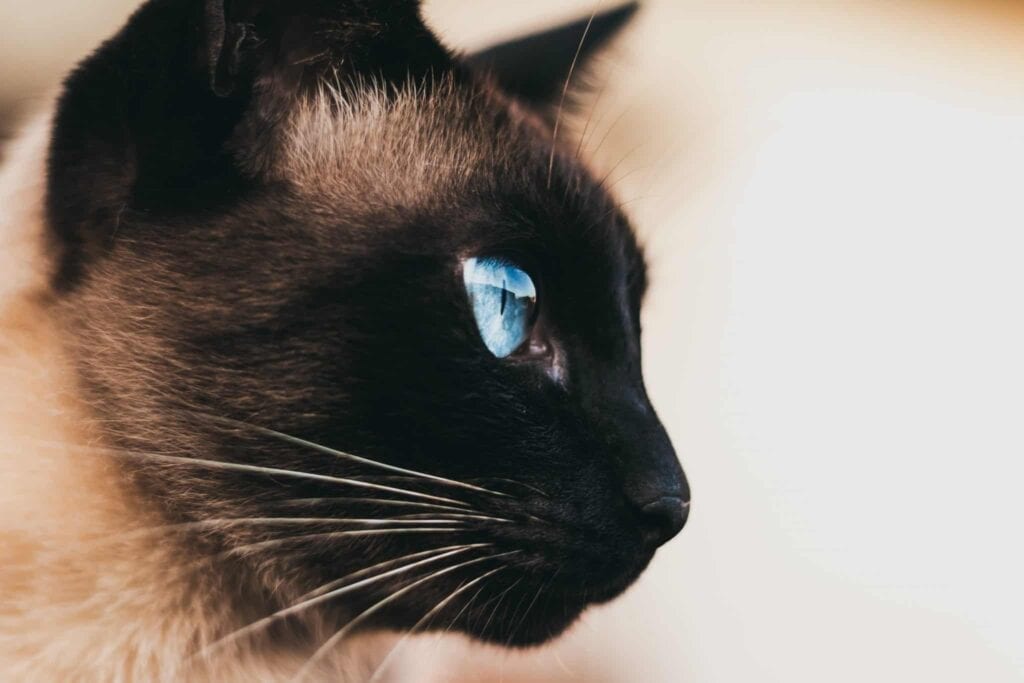 Siamese cats will talk your ear off

Anyone who has ever kept a Siamese cat knows fully well just how vocal these cats are. Often reported as the most vocal cat breed, this is not the sort of cat that does well being left alone for extended periods of time. These are most certainly companion cats, and they thrive when they receive companionship in return.

They are attached to their people and can easily become anxious and stressed when they feel lonely. If you are considering taking in a Siamese cat, it would likely be best to have another cat at home to keep them company should you have a job that requires long hours.

Check out this pretty girl, appropriately named Sassy, showing off her powerful meows for us…

You won’t have to wonder when your Siamese cat has something on their mind, because they will always be the first to let you know with their loud meows.

We know that most cats are born into this world with blue eyes that change colors as they mature. But for Siamese cats, their eyes actually stay blue due to their genetics. For the Siamese, the gene that is responsible for their distinct coat pattern and points also restricts the amount of pigment that determines their eye color. And because of this restriction, their signature icy blue eye color comes as a result.

There have been a great number of Siamese cats who have been born cross-eyed, but breeders have worked to breed away from this look. This also offers these cats a better quality of life as they aren’t forced to cross their eyes in order to see straight. A kinked tail is another feature that has been reported in the breed, but most modern Siamese cats of today do not have one.

These modern Siamese (like the one below) can look much different than the traditional Siamese. There is a great deal of variation in appearance within the breed, and you will often see Siamese that share the points and blue eyes but look strikingly different when compared to one another. 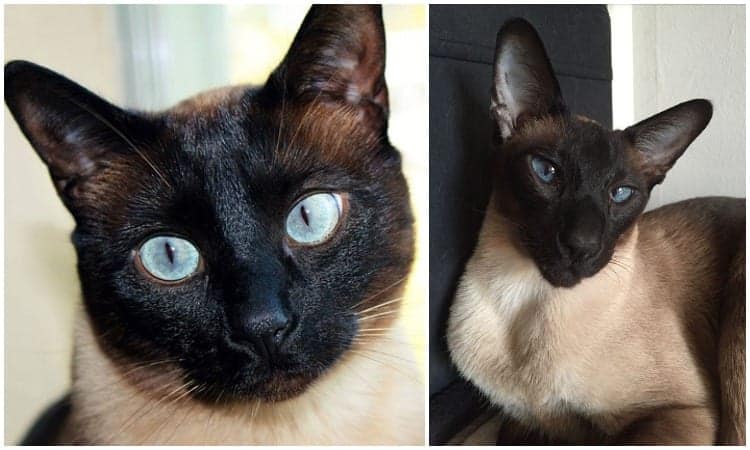 Interestingly enough, there is an ancient myth surrounding the crossed eyes and kinked tails of this breed. The legend is that a group of Siamese cats in ancient Siam were given the responsibility of guarding a precious royal goblet made completely out of gold. While taking their duties very seriously, the cats became cross-eyed after staring at the goblet so intensely. And for those kinked tails? Legend has it this occurred as a result of them wrapping their tails around the goblet—just as cats wrap their tails around their front paws when resting on their haunches. Because of this intense tail wrap, their tails were thought to have become permanently bent as a result. 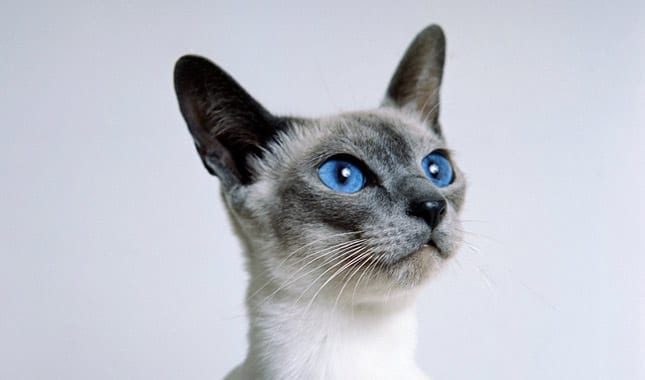 Cats usually are going to attempt to find a way to go out and explore, or convince you that they should, but this isn’t always true with the Siamese. These cats are shy by nature, and they crave the security the indoors offers them. They are playful and energetic with their humans that they trust, but these are cats that are best suited for an indoor lifestyle. But fair warning, these cats can have a mischievous side to them should they become bored—so watch all those breakables around the home. The Siamese is a highly intelligent cat breed, and sometimes their smarts get the best of them—and your house! 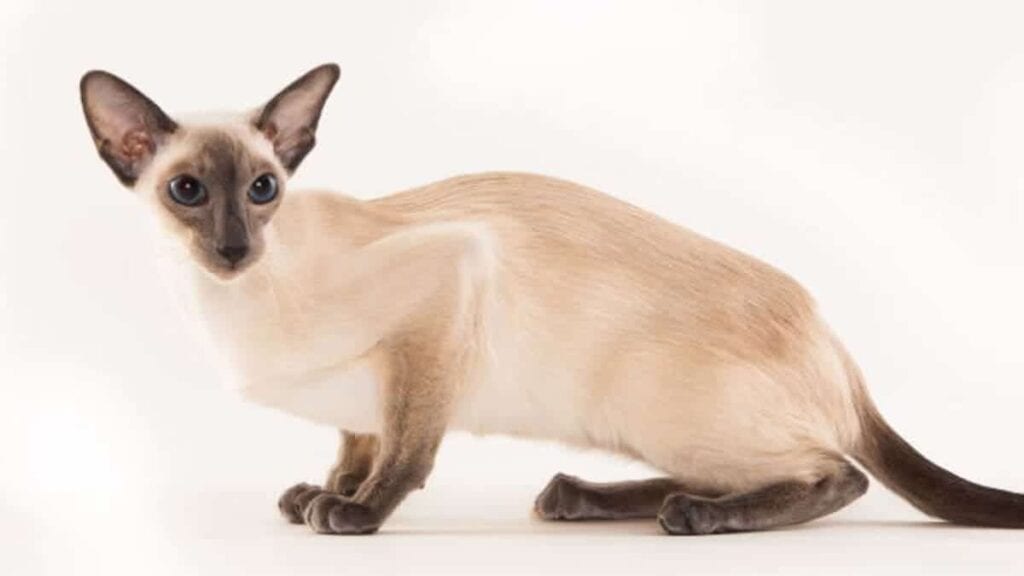 There’s a science behind those gorgeous flames

Aside from their blue eyes, the points of the Siamese are instantly recognizable. But these points of theirs don’t occur simply because. At birth, a Siamese cat will be a creamy white beige, and their flames come as they mature. Their signature points are in relation to heat, and their mother’s womb is a warm and stable environment that will not permit the enzymes that darken their fur pigment to become triggered. All Siamese cats have a gene that makes them partially albino. The enzymes which control the color of their fur will not process in warm temperatures, but once under 100 degrees, this will invite the points to form. The older the cat gets, the more noticeable their points become until they reach maturity. And the points are in relation to temperature, so the coolest regions on their body is where these points will show. 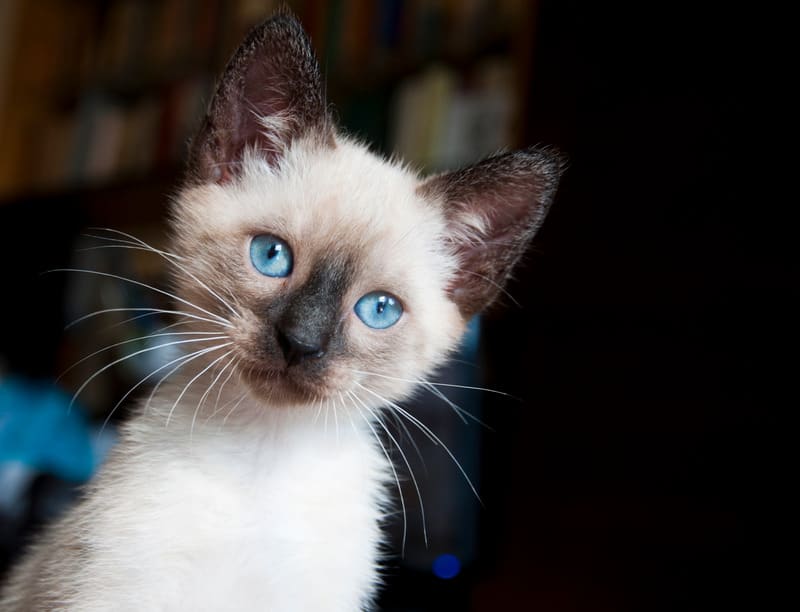 Did you learn anything new about this gorgeous cat breed? Share this article with other people you know who love Siamese cats!