Feline 411: All About The Pixie Bob Cat Breed

When it comes to our feline friends, there are certain breeds which are true standouts. I recently learned a lot more about the Pixie Bob after a kind Cattitude Daily follower told me about them. (It seems that my precious new addition, Tiger Lily, has some striking similarities to the breed!)

In case you’ve never heard of the Pixie Bob, it’s a lovely cat breed that shares some super cool physical traits to the bobcat—hence the name! Keep reading to learn some fun and interesting facts about this unique cat breed. 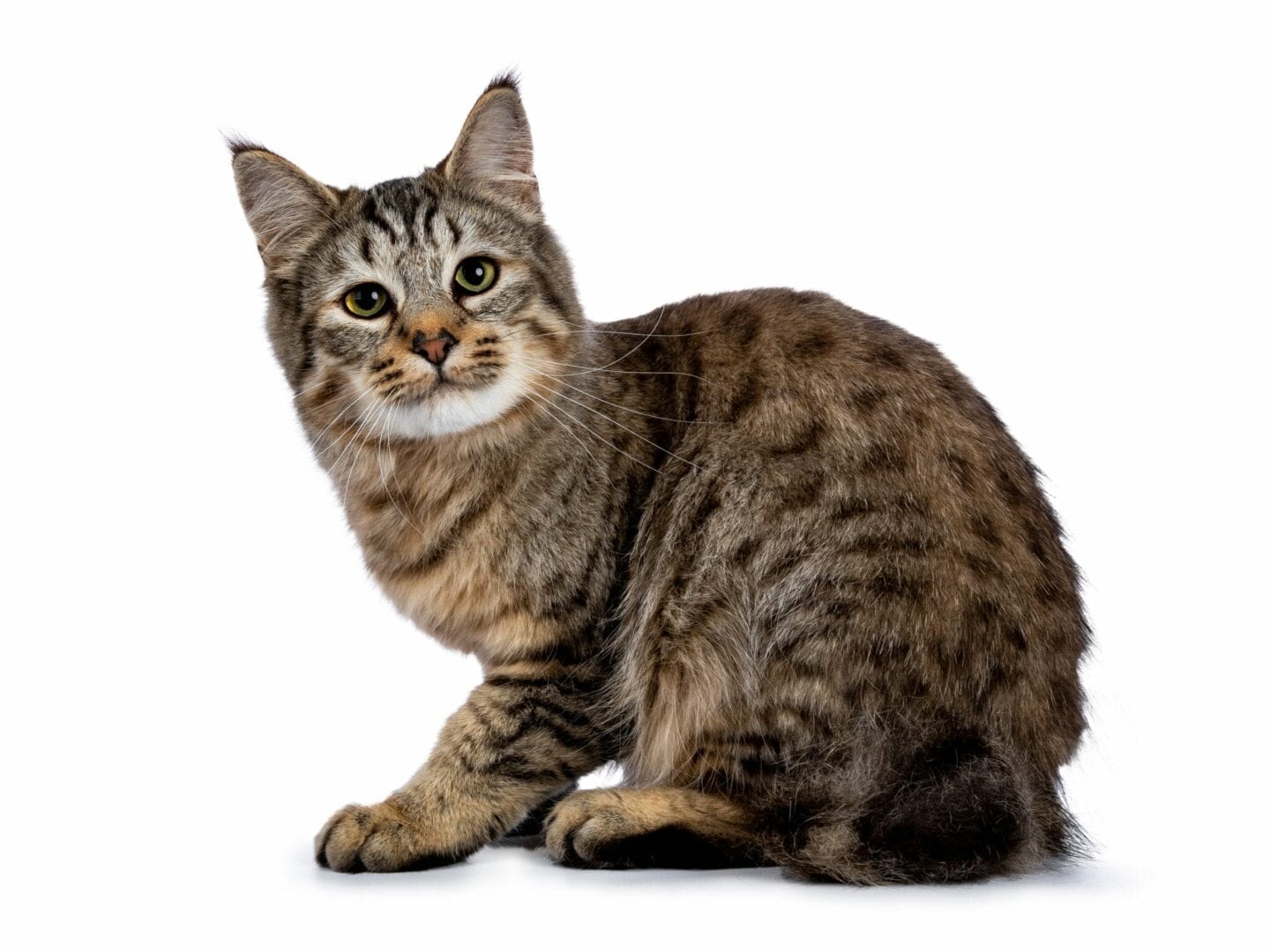 Despite their lovely spotted coat, distinct eye markings, and bobbed tail, the Pixie Bob does not actually share any DNA with a wild cat species. So, if you are to bring a Pixie Bob cat into your life, it gives you the opportunity to have a wild-looking cat that’s safe to have as a domesticated feline.

Unlike the bengal cat breed which has spots on its coat, the Pixie Bob’s spots do not come as a result of crossbreeding with species of wild cats. But it is a signature look of the breed and an easy way to identify one—aside from the cropped tail!

In 1993, after having created similar offspring with matching traits, Brewer contacted the TICA about her unique felines. After that, the International Cat Association (TICA) accepted the new American-born cat breed a year later. 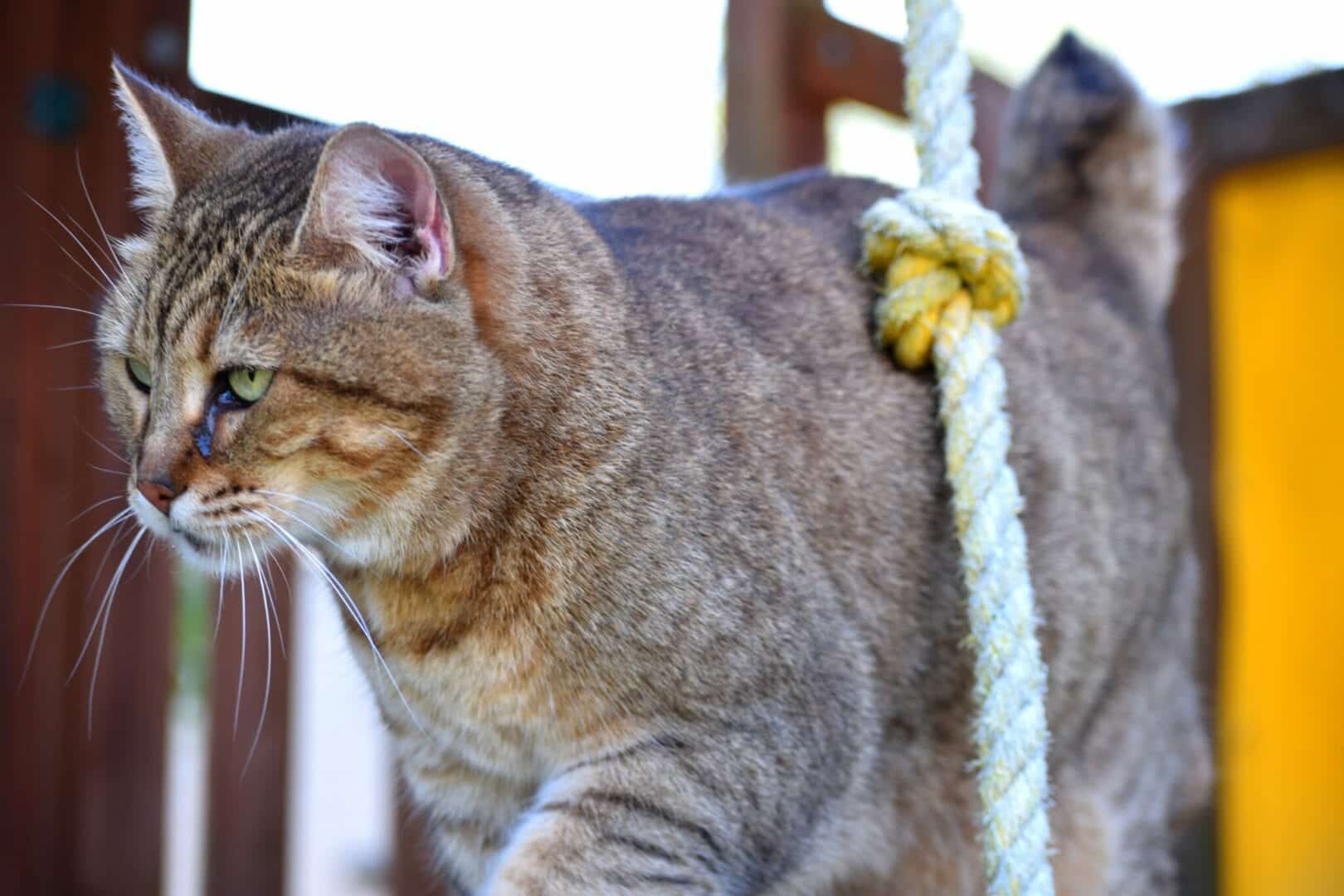 The Pixie Bob stands and weighs considerably more than your average nine pound feline. Males can even be an upwards of 18 lbs and still be considered perfectly healthy. And these big kitty cats have a nice layer of fluff around their head and neck which make them appear even larger. Many lovers of this breed often joke that the cat looks as if it has vintage-style mutton chop sideburns due to the protruding fur in these regions.

The tiny tufts of fluff at the points of their ears really give these cats an exotic look you can’t help but love. These cute tufts are commonly referred to as lynx tips—in case you were wondering!

The fluff of this cat’s coat might make it seem that their tail is longer than it actually is. But in truth, their tails are typically 2” in length. And like a bobcat, the Pixie Bob has hind legs which are longer than their front legs, with sturdy, wide paws to support their body weight. 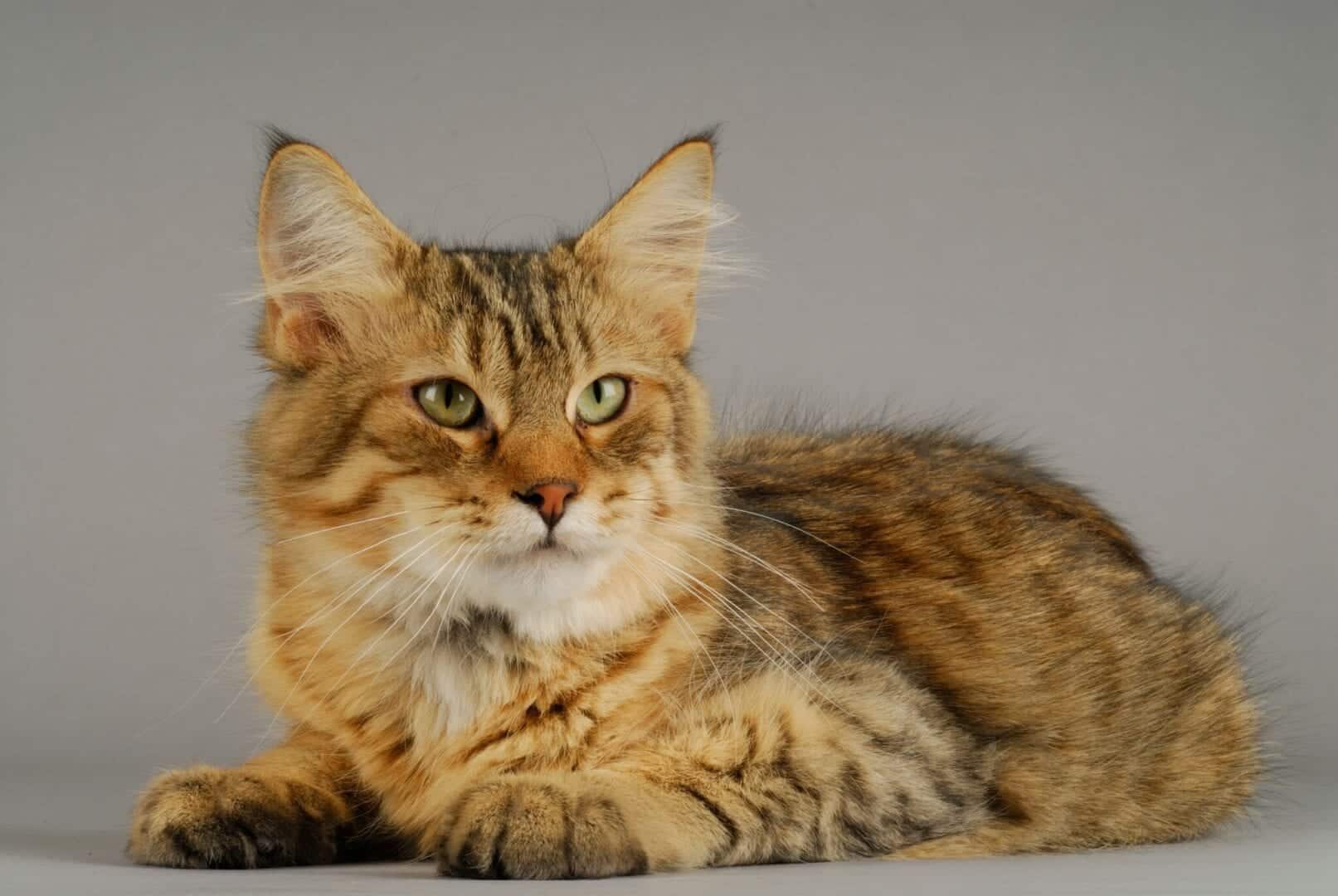 Similar to a bobcat’s coat, the Pixie Bob has a coat which is quite full despite usually being on the shorter side in terms of length. For this cat breed, there are two coat lengths which are officially accepted in the breed’s standard.

For both the longer and shorter version of the breed, they will possess a dense and wooly coat. And it’s believed that these cats have a coat which is weather-resistant, too. In terms of markings, they typically appear with brown tabby cat markings with muted spots, commonly with a ticked appearance on the coat. There are noticeable black lines around the eyes and mouth, and these markings give them a fierce wildcat appearance.

These large felines crave attention, and typically do well in households with other pets and children. Just don’t be too surprised if you welcome one into your life and they insist on being the center of attention at all times!

Many Pixie Bob cat owners praise the breed for their loyalty and devotion to the people and pets in their lives, so it’s just another reason to simply adore these cats. These are smart cats that have an affinity for chatting, so there won’t be any dull moments in your life with a Pixie Bob in the picture. 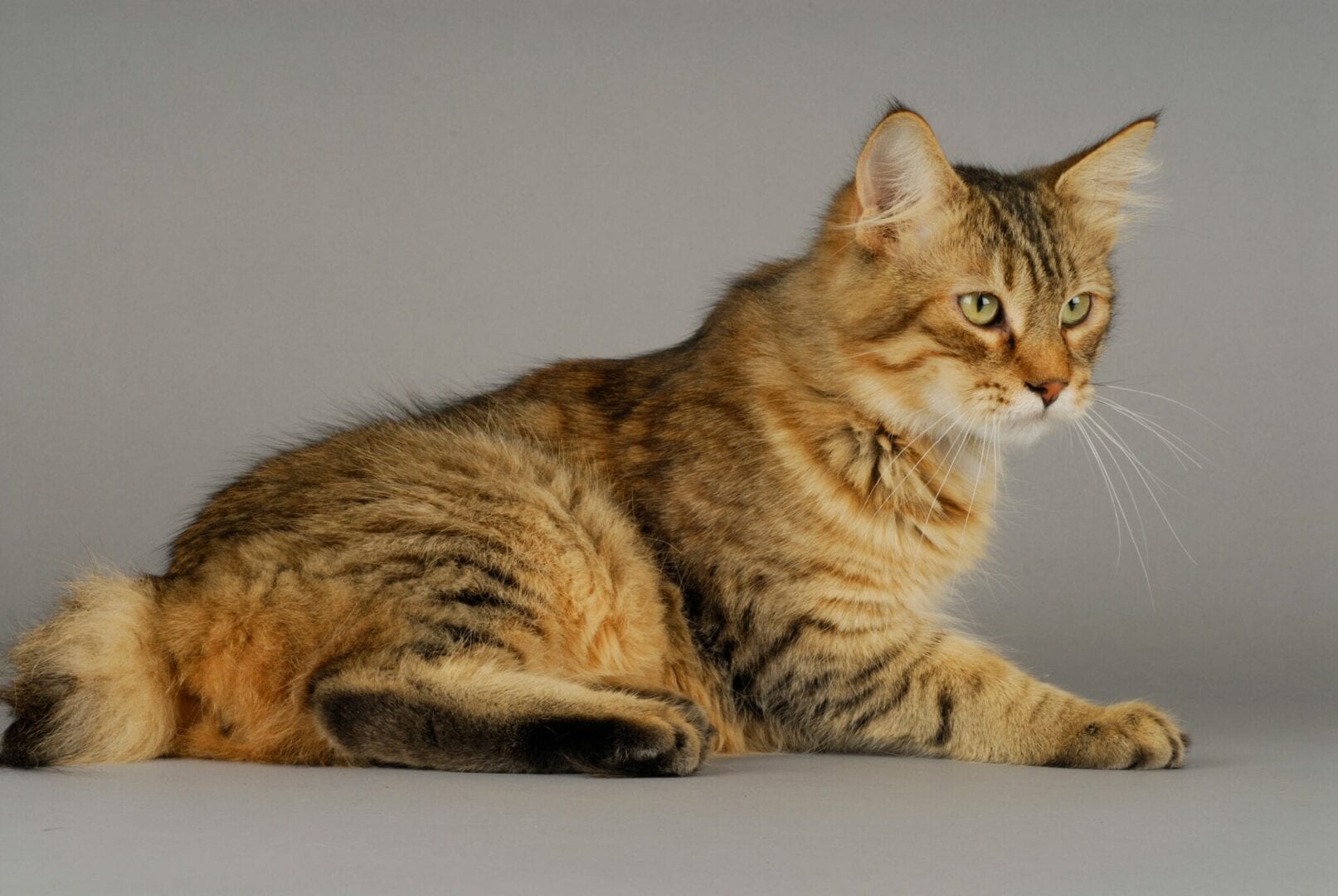 Did you learn anything new and interesting about our feline friends? Share this article with another cat lover you know so that they can learn something, too.

What Is Fear Aggression In Cats?