For two cat housemates named Murphy and Minnie out of the UK, they’re a pair of rescue kitty cats who are a sight for sore eyes. Murphy, the large Tuxedo cat in charge, is joined by a petite and oh-so-precious chimera cat named Minnie. Together they spend their days being loved and adored, and I reached out to their cat mom hoping to feature them on the site because if I was this instantly smitten by their charm, I figured the Cattitude Daily readers would be too.

Their cat mom tells me that, “Murphy is the older cat, he was adopted from Cats Protection three years ago, Minnie is the baby of the family and will be one on Valentine’s Day.” And don’t let their adorable pics fool you, because this pair of kitty cats may look innocent, but their cat mom tells me they’re far from it.

So, everyone, meet Murphy and Minnie! 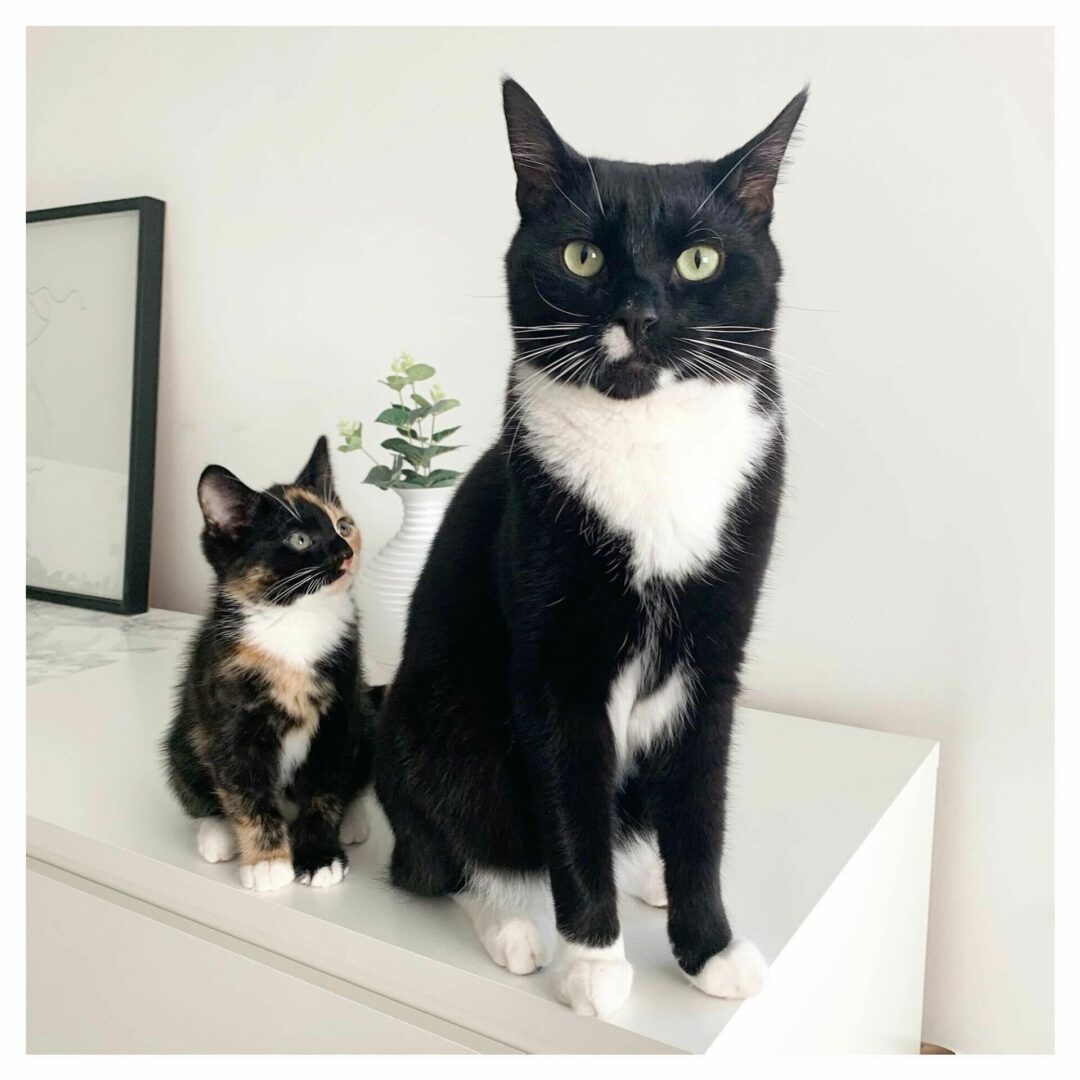 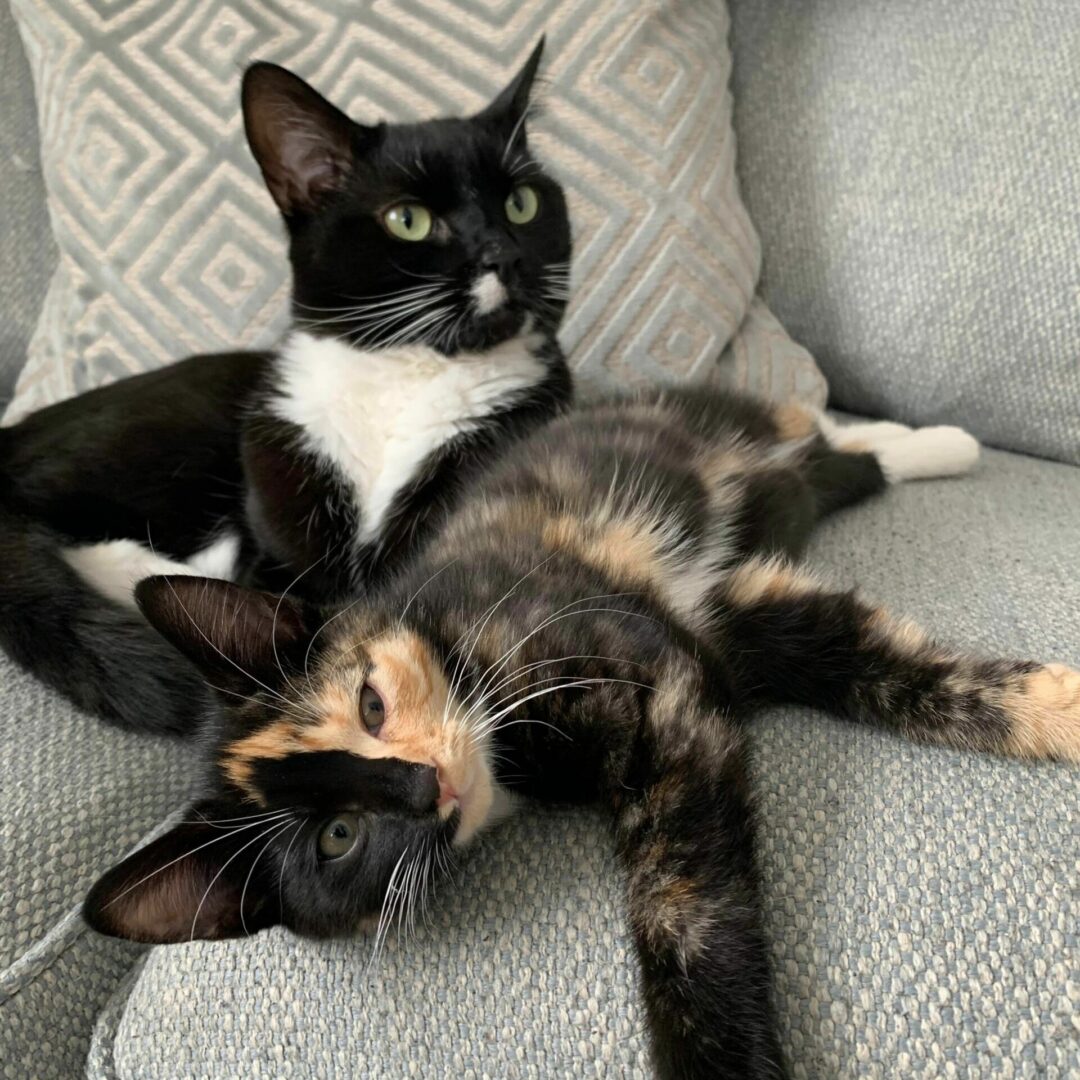 How did Murphy and Minnie come into your life?

I’d always had a cat whilst growing up and after buying my first home I felt something was missing. I decided to visit cats protection in 2019 and came across Murphy. I visited a few other cats before him who were all overly friendly climbing all over me, but when I went to see Murphy he just hid and hissed at me with his ears down, the rest was history. I went back to collect him a few days later for his forever home. I heard about Minnie from a friend and after debating whether Murphy would accept someone as he was the boss of the house, we bit the bullet and went to pick her up.

With difficulty. Murphy was first known as Marie upon arrival at the rescue centre with his brother Donny, soon to be changed to Osmond. I felt like this didn’t suit him, and after running through lots of names we settled on Murphy. When we got Minnie all I had in my head was that they both had to begin with M. They are now mostly known as Mr. M and Minnie moo! 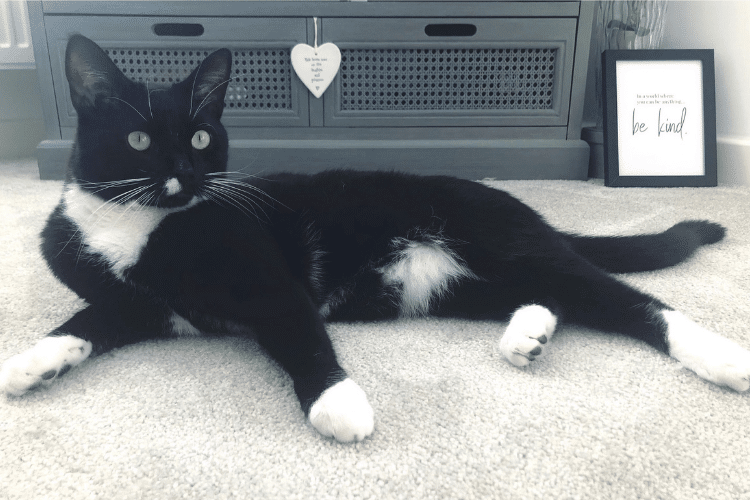 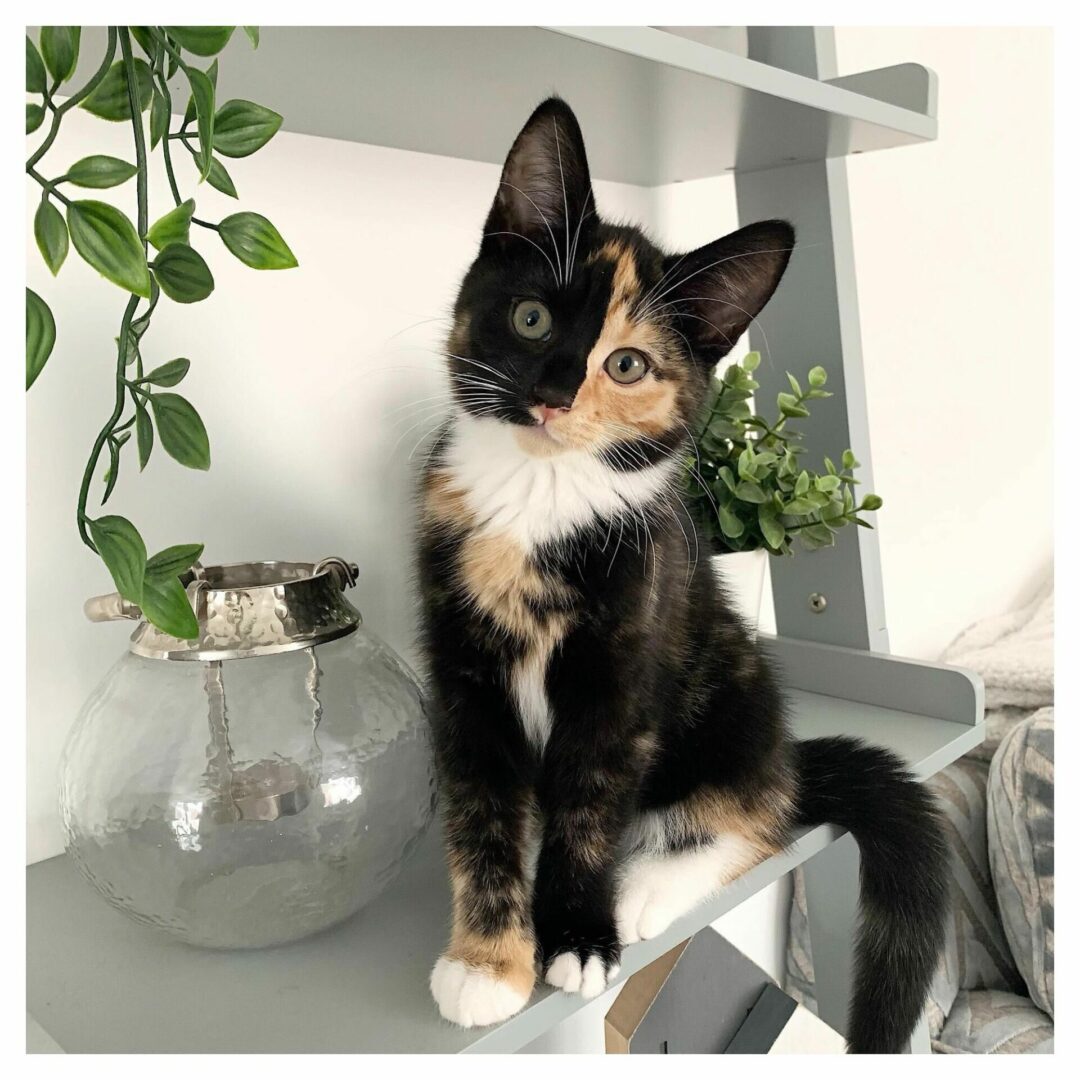 Surprisingly well. Minnie loves to cuddle up with Murphy, I can’t say the same for him but he has no choice. They fight over the same spot on the sofa so it’s always who gets there first in the evenings.

Murphy: Very calm and relaxed until it comes to feeding time. He makes it very clear when he is hungry! Murphy stays indoors and can’t sit still if Minnie hasn’t returned for the night. He will only sit on the sofa with you if he feels like it, would rather curl up on the bed. 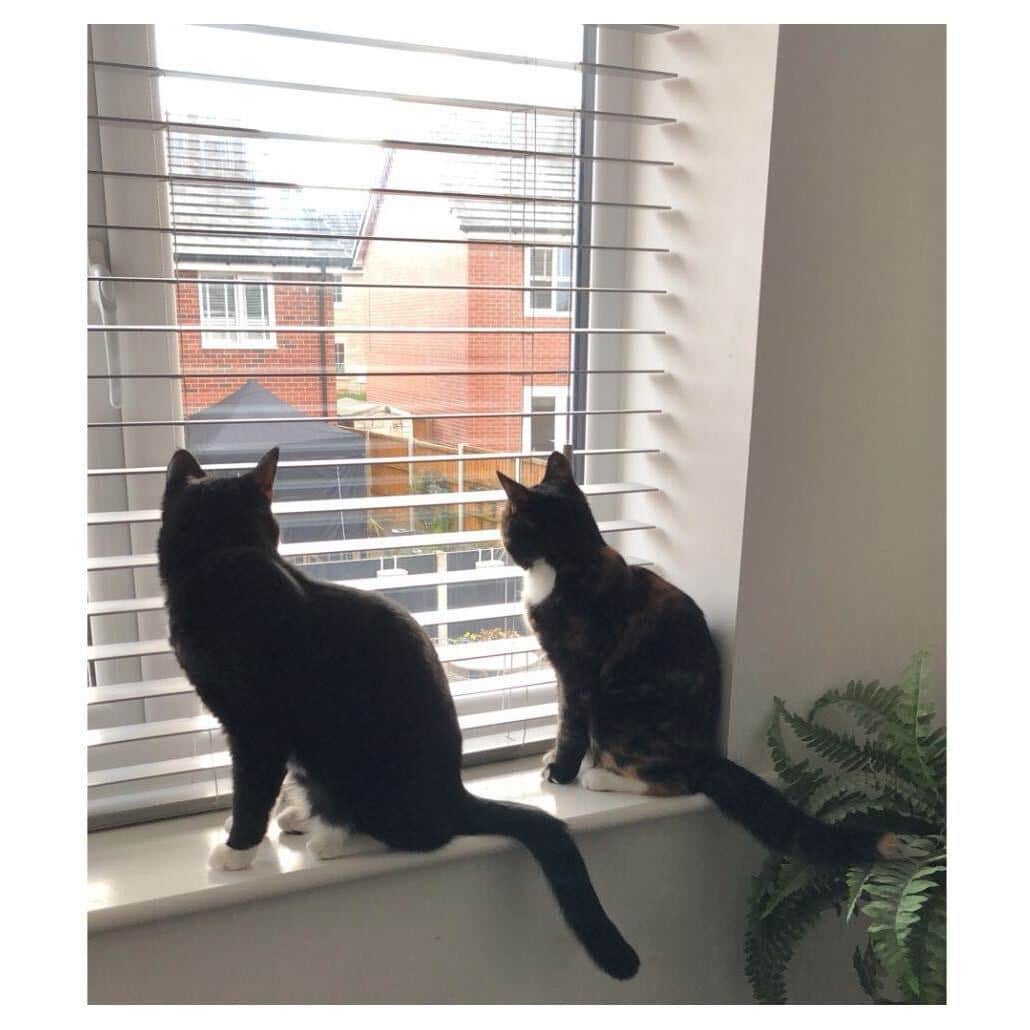 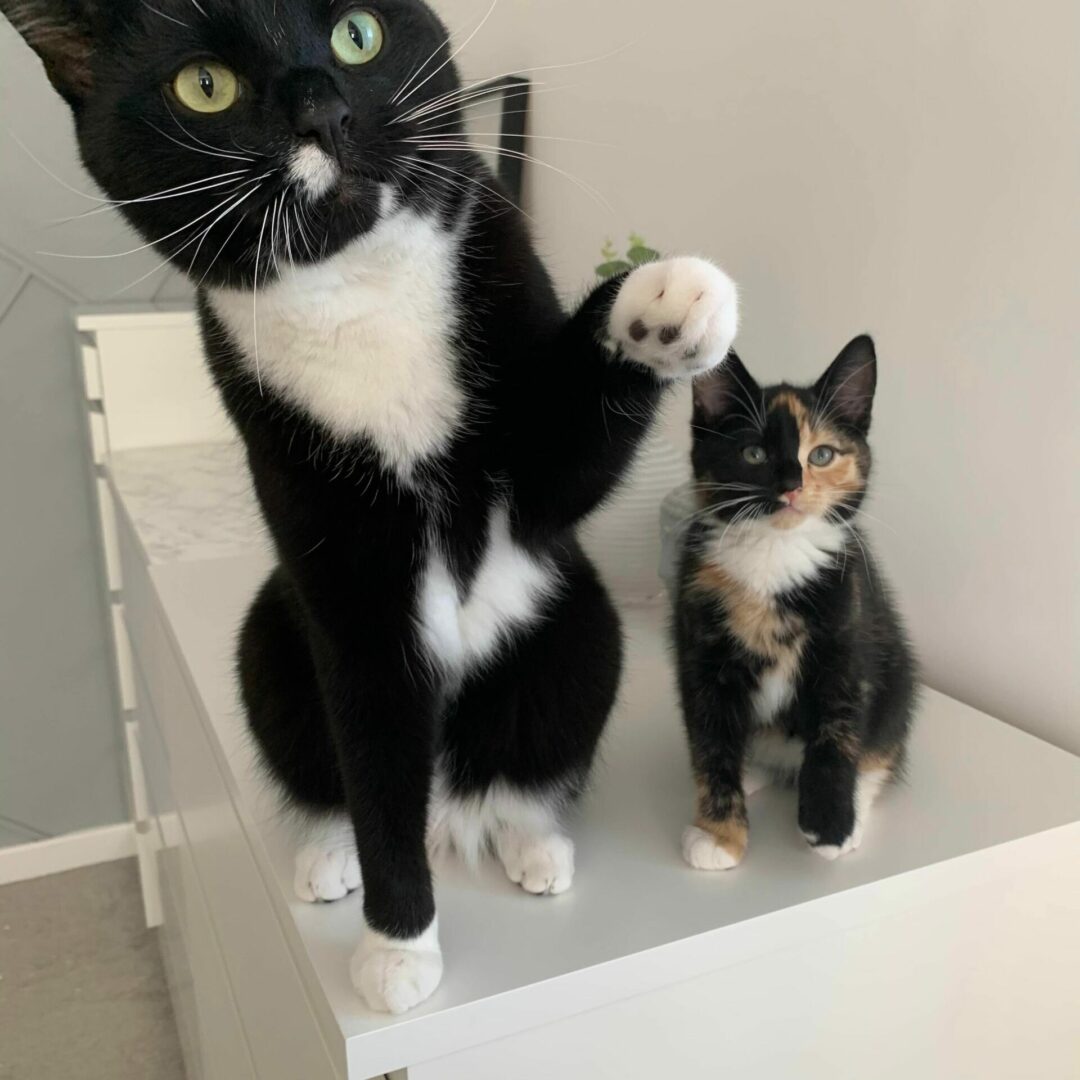 Minnie loves exploring! She loves to just sit on the wall of the house and watch the world go by. Along with destroying every scratch post we buy.

What’s something special you’d like for people to know about Murphy and Minnie?

We would be absolutely lost without them, they may drive us mad at times running wild in the house, but they are both so loving and great company. The best listeners and cuddle buddies!

I’d like to give a special “thank you” to Murphy and Minnie’s cat mom, Kirsty, for allowing me to share her cats’ stories and images with all of the Cattitude Daily readers. Something tells me that this cute pair can get away with just about anything they want because they’re just too stinking cute.

Be Ready To Fall In Love With Fisher The Maine Coon