I caught up with their owner hoping to feature them on the website, and thankfully she agreed. So, everyone meet the British Fluffs, three of the cutest British Shorthair cats you’ve ever laid your eyes on. 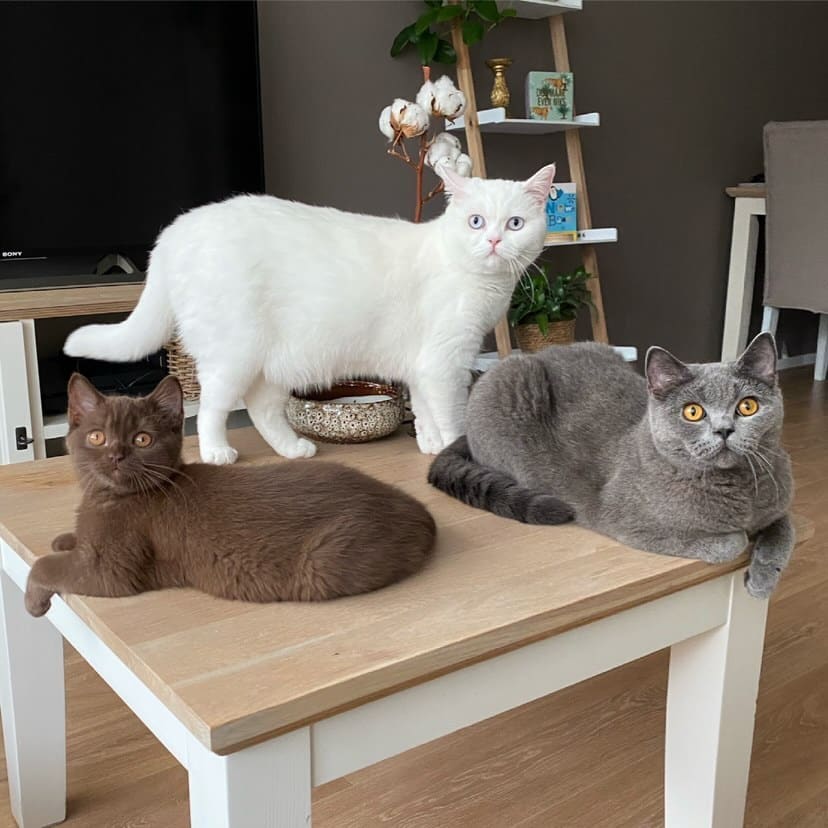 How did Mister Charlie, Queen Bobby, and Terror Teddy get their names?

When I was young I decided that when I got the possibility to get my own cat it should be a blue British Shorthair named Charlie. Luckily my boyfriend agreed haha. Charlie turned out to be a boy so he was the first mister of the house. Bobby is his white sister and the only female (queen) of the house. You don’t see blue eyes often by a white British Shorthair so that makes her even more our queen. Teddy is one year younger than Charlie and Bobby and is really a terrorist. He is by far the most naughty and cheeky. Teddy has the same mother as Charlie and Bobby and all three names are possible for a male/female, since we invented names before we could know the gender. 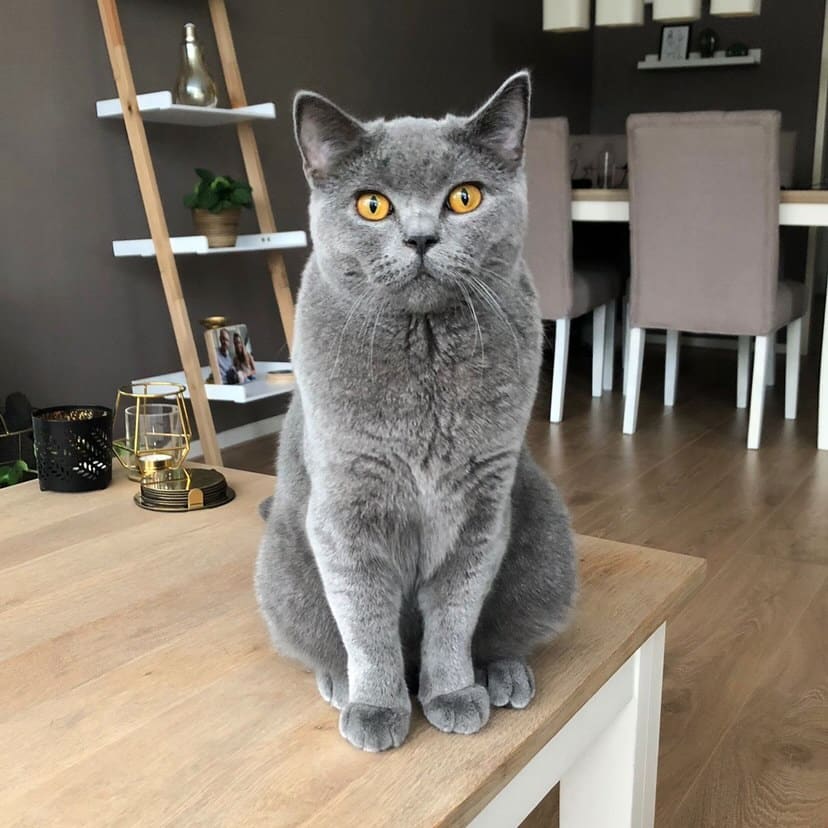 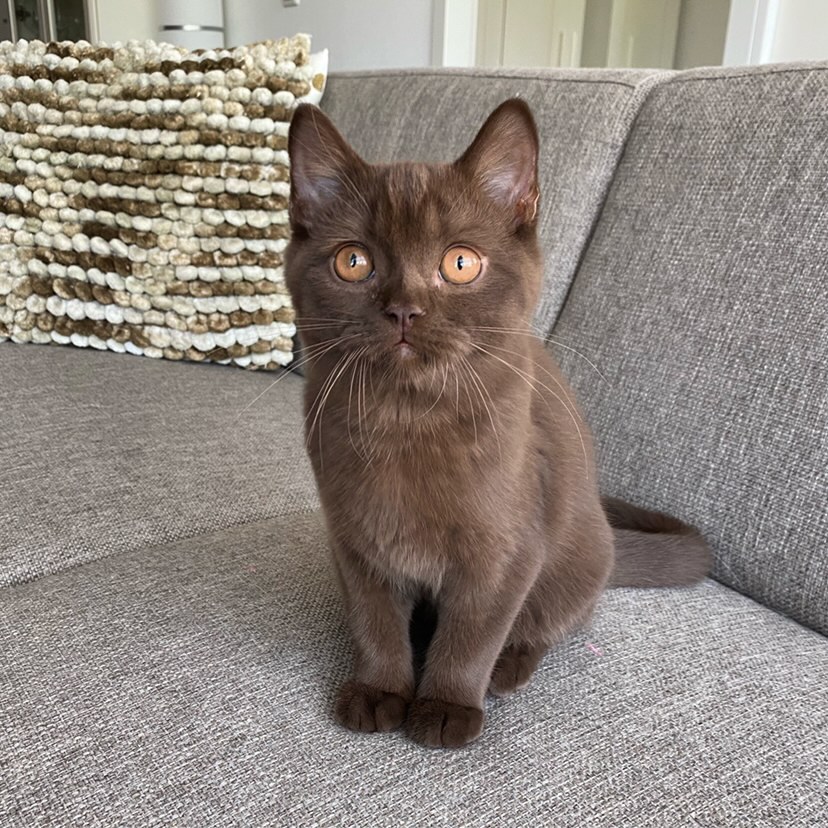 Charlie is a real drama king and meows all day to get attention or snacks. Bobby is the most calm and quiet, except when there are flies in the house. Then she turned into a real serial killer. Teddy(bear) is the most cuddly and purrrs all day and night long. He challenges his big brother and sister until they romp.

I’ve heard that British Shorthair cats love to be near you at all times, are yours this way?

Absolutely yes. It’s an absolute no-go to go to the toilet or shower by only yourself. Bobby’s ritual is that she waits in front of the shower door after showering and then jumps on you for cuddles. It’s a full house in our room, and they also love to sleep on our bed at night. 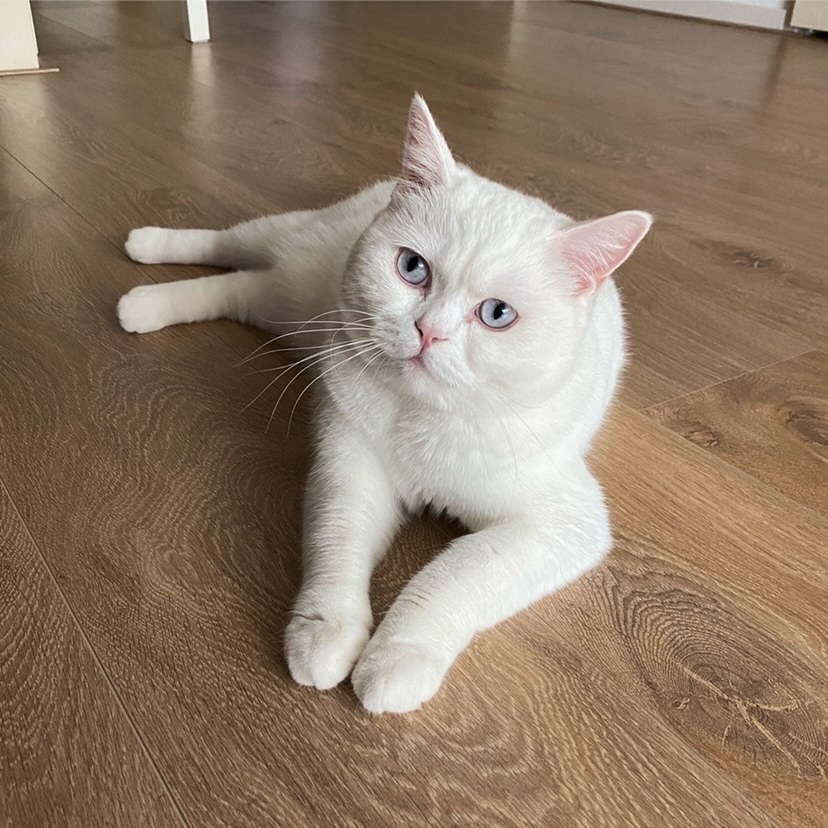 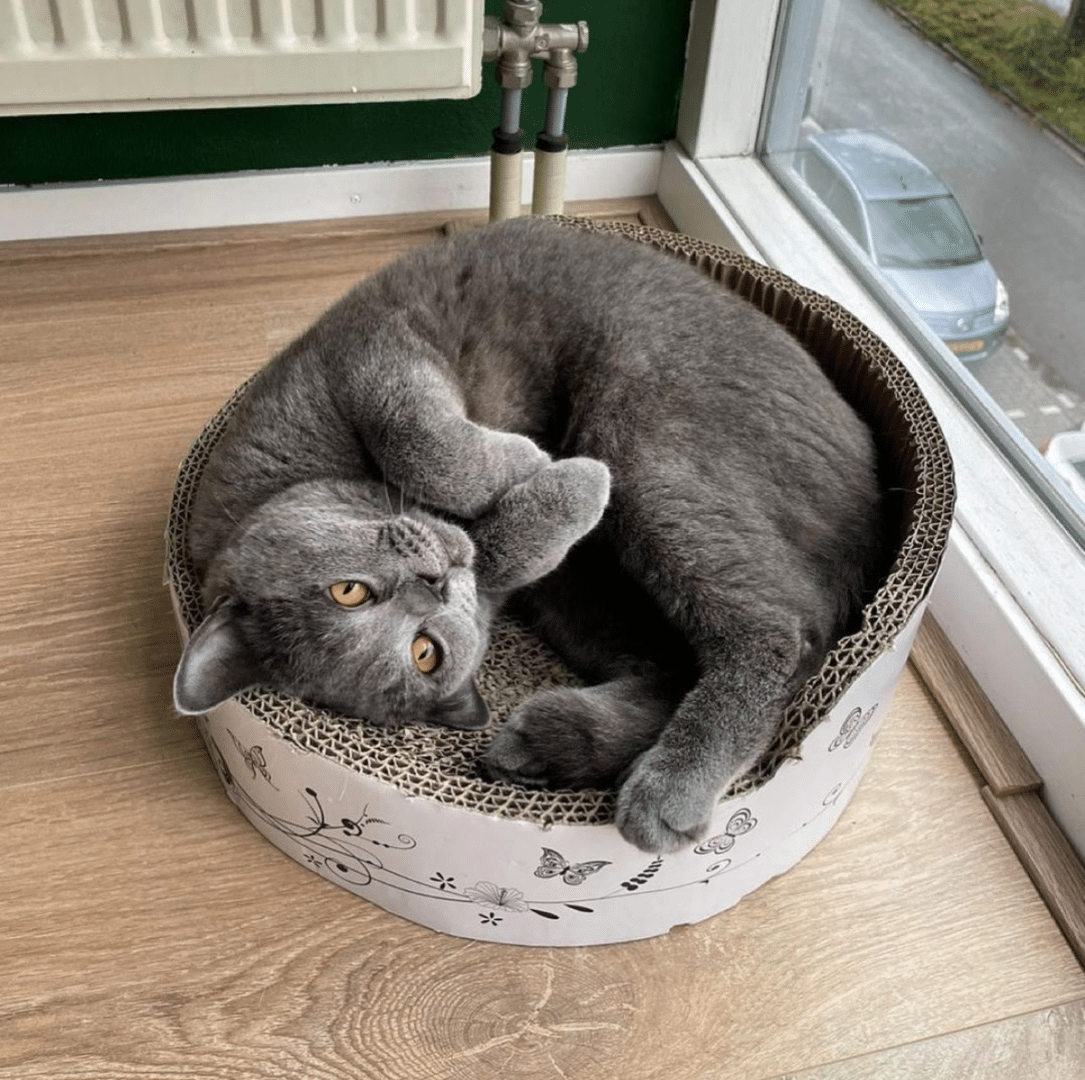 Napping, relaxing and did I already said sleeping? British Shorthairs are really lazy. Charlie and Teddy are very playful and Bobby loves to catch flies. All three of them are really photogenic, as you can see at our Instagram.

What’s something special you’d like people to know about the British Fluffs?

The British Fluffs are really fluffy, cute and beautiful. They are unique each and so special together. Like I said before, there are not much white British Shorthairs with blue eyes and you also don’t see much brown (chocolate) British shorthairs. Follow us for a daily dose of fluff! 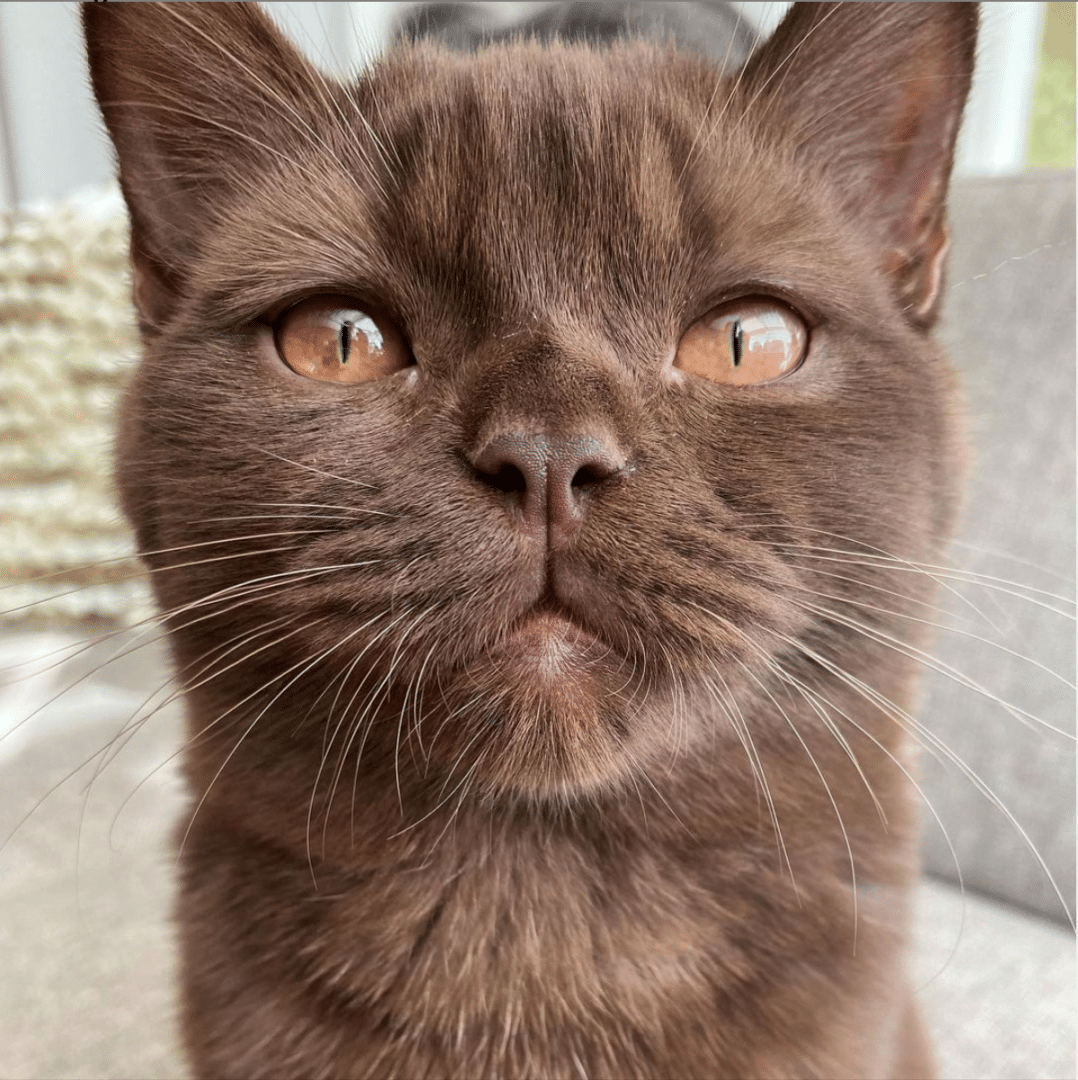 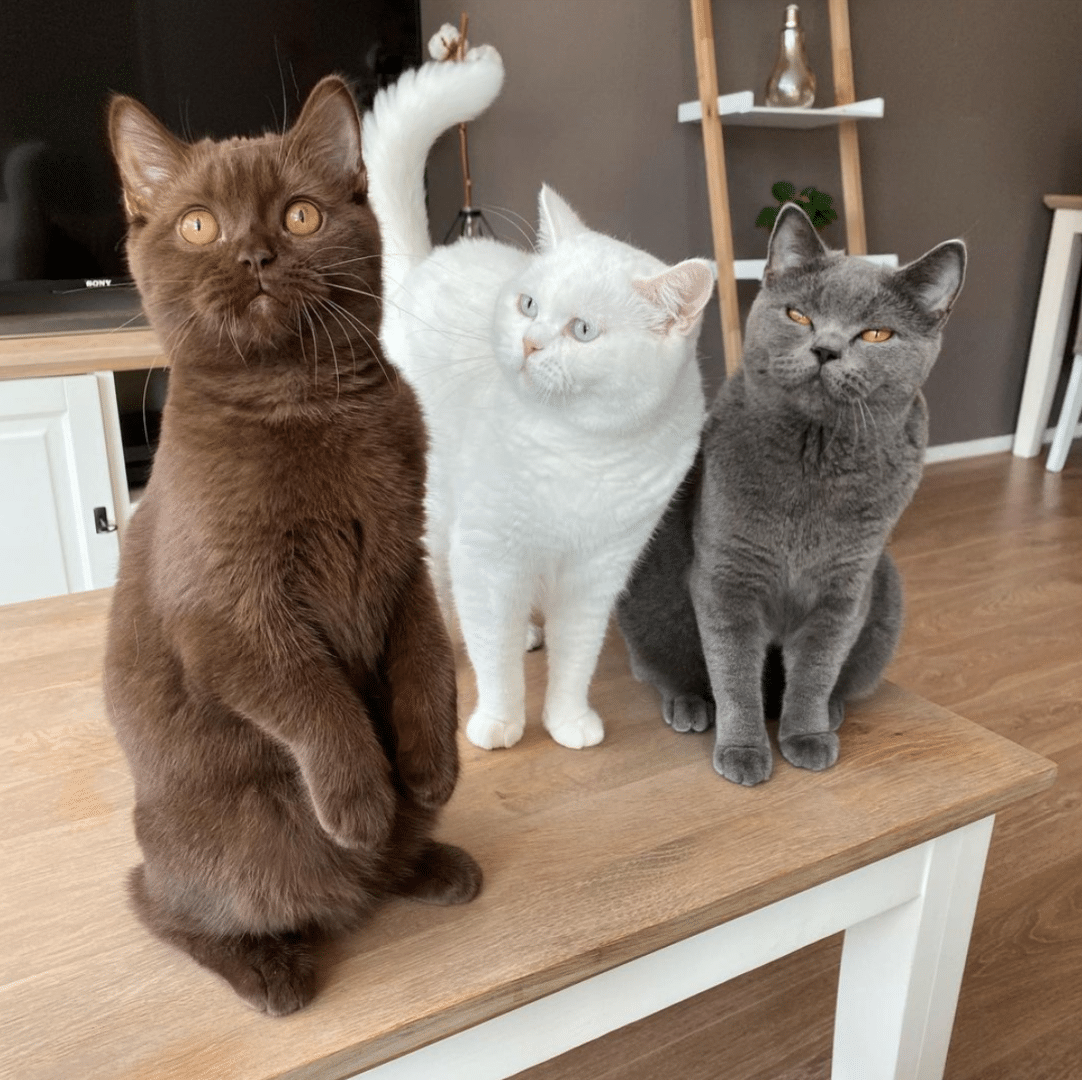 I’d like to give a special “thank you” to Lisa Miltenburg, the proud owner of the British Fluffs, for allowing me to share her cats’ story and cute photos with all of the Cattitude Daily readers. Hopefully this trio of cuties brightened your day. If you know another cat lover who would appreciate them, don’t forget to share. 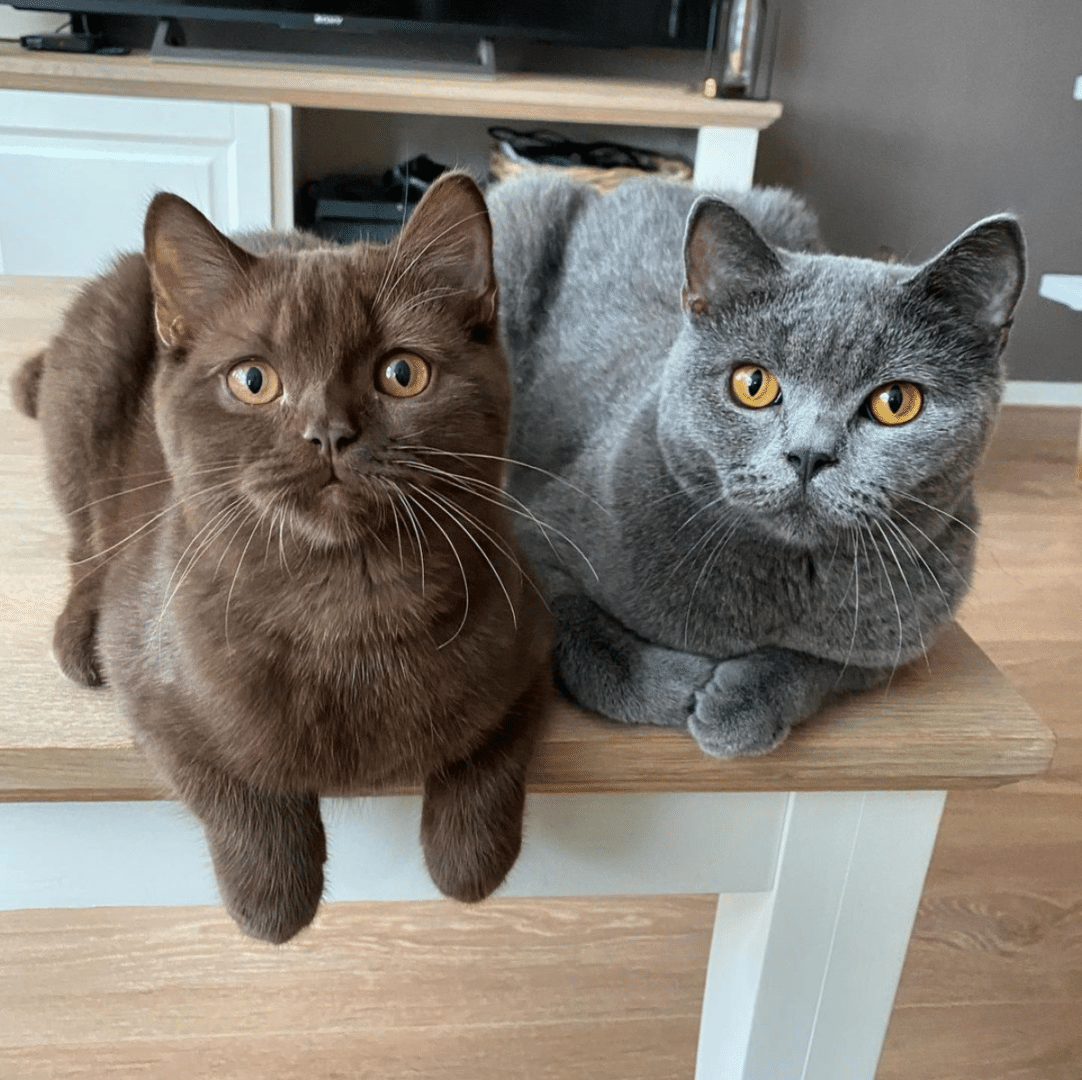 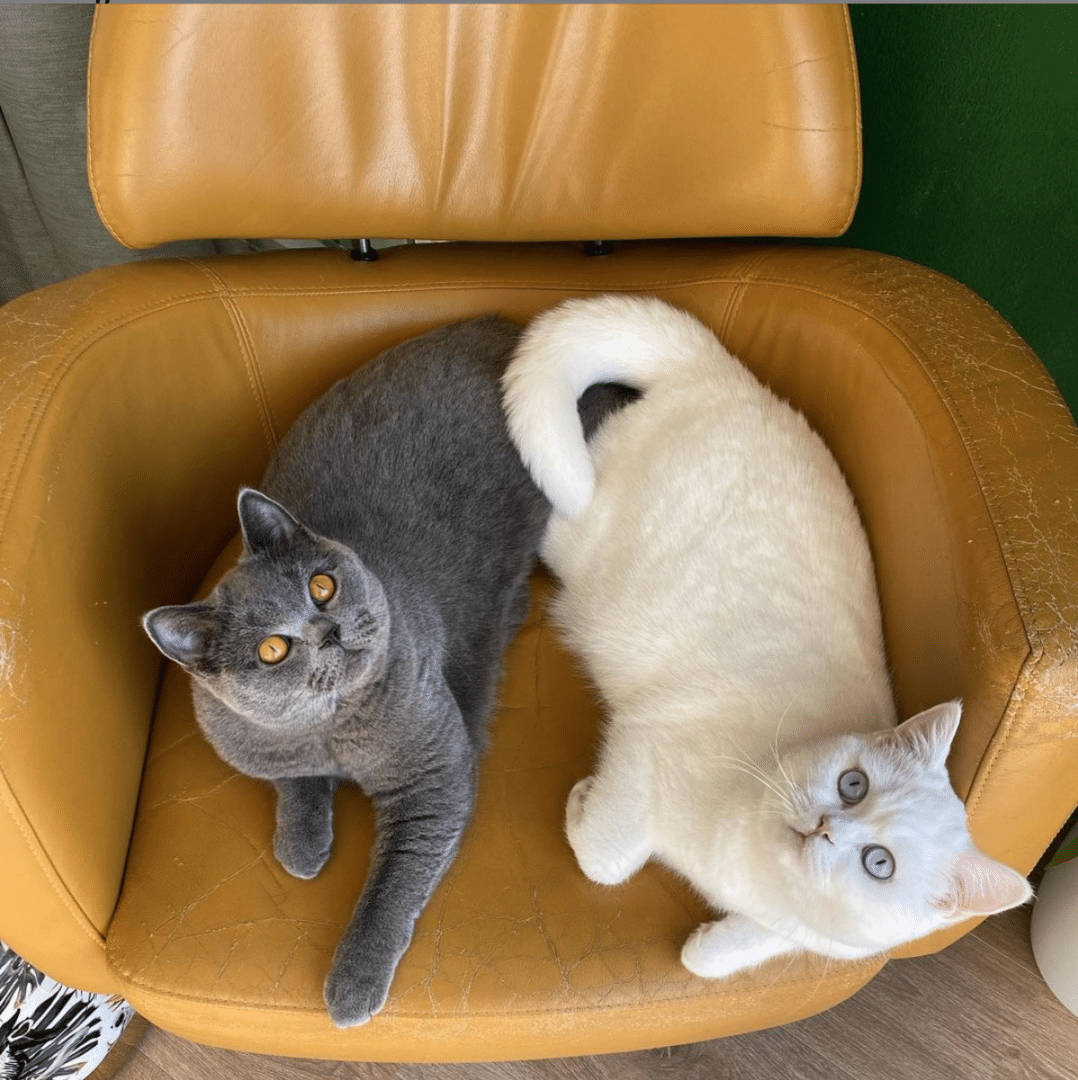 Can’t get enough of British Shorthair cats? Learn all about them here in this fun video!