Meet Bustopher Jones: A Maine Coon Cat That Was Born To Impress

I love all cats, but there is something to be said about the regal nature of the Maine Coon cat. Those supersized whiskers and majestic floof are quick to make us cat lovers ohh and ahh. For one strapping and supremely photogenic Australian-based Maine Coon cat named Bustopher Jones, he knows just how handsome he is—and he isn’t afraid to show it! His cat mom is a friend of mine, and I asked if she’d be so kind as to allow me to share her big beautiful kitty with all of the CattitudeDaily readers. Thankfully, she agreed.

So, everyone meet Bustopher Jones: A Maine Coon cat who will steal your heart! 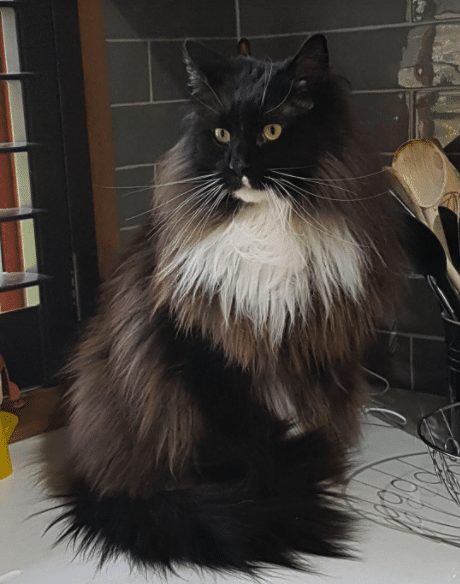 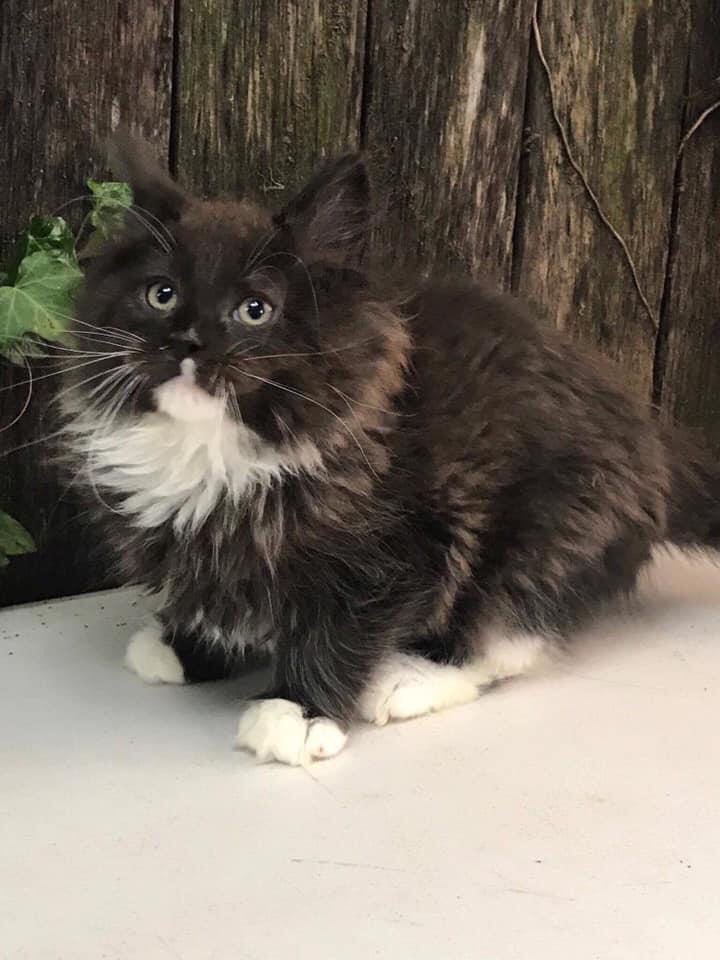 How did Bustopher Jones get his name?

We are great fans of the Andrew Lloyd Webber musical, CATS and so when we knew we were getting a Tuxedo Maine Coon we decided we would call him Bustopher Jones after the larger than life, corpulent and over indulged Tuxedo in CATS. That said, Bustopher Jones is nothing like the big Tuxedo from the musical in stature of personality. Bustopher Jones is a large cat (22 lbs ..and still growing) in keeping with his breed. He is extremely agile and very fussy with his food (grass-fed beef only). 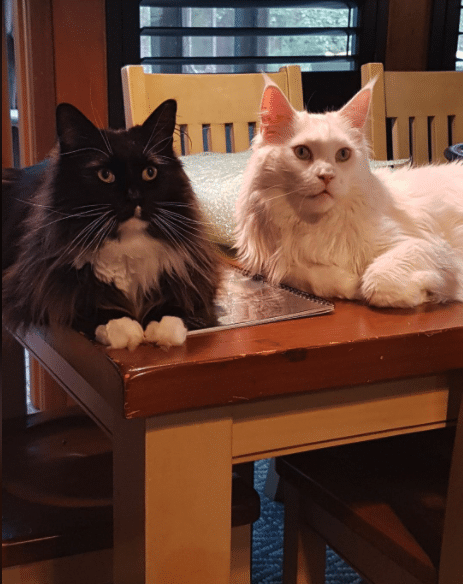 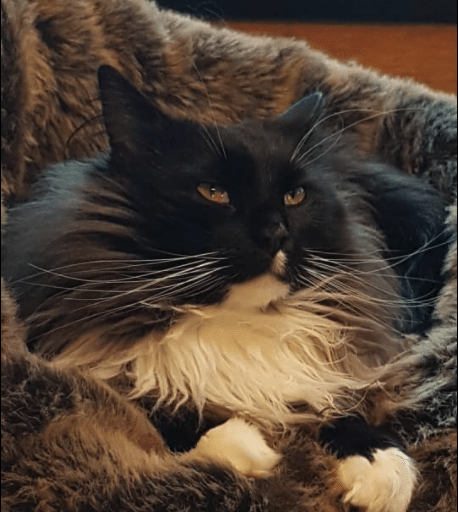 I know that Bustopher Jones is a tuxedo cat—is he full of cattitude?

Bustopher Jones definitely has cattitude. On one hand, he is such a big floofy, smoocher, generous with his kisses and ear nibbles, but he also has a cheeky and mischievous side. Bustopher is a real parrot cat and loves to ride on my shoulders every chance he gets. He makes us laugh with his cheeky antics. 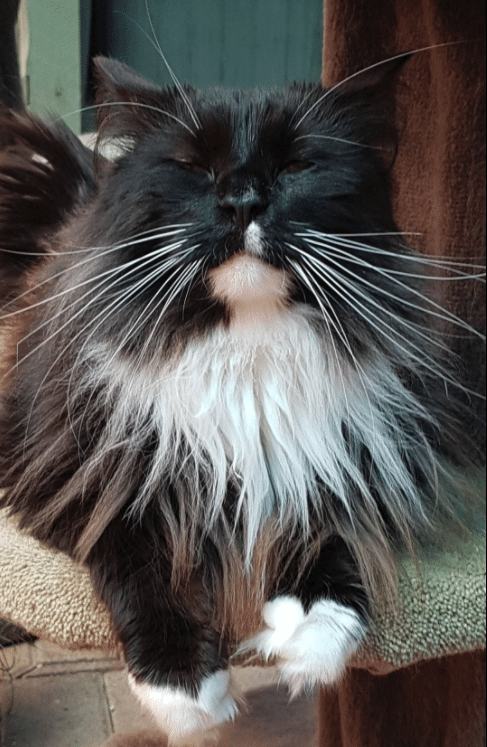 How would you best describe his personality?

Bustopher Jones is a really gentle and loving soul. He has not one mean bone in his body. He just exudes love and makes it very hard to pass by him without giving him cuddles and kisses. We were told he was the one in his litter with the big personality and they weren’t wrong!

He seems to love the camera, when did you notice he was such a meowdel?

Bustopher Jones is definitely photogenic but contrary to how he appears in his photos, he is camera shy and the snaps I managed to get of him are usually ones I’ve managed to snatch when he is unaware. He has such a regal look and his long glossy coat lends itself to a look of opulence. 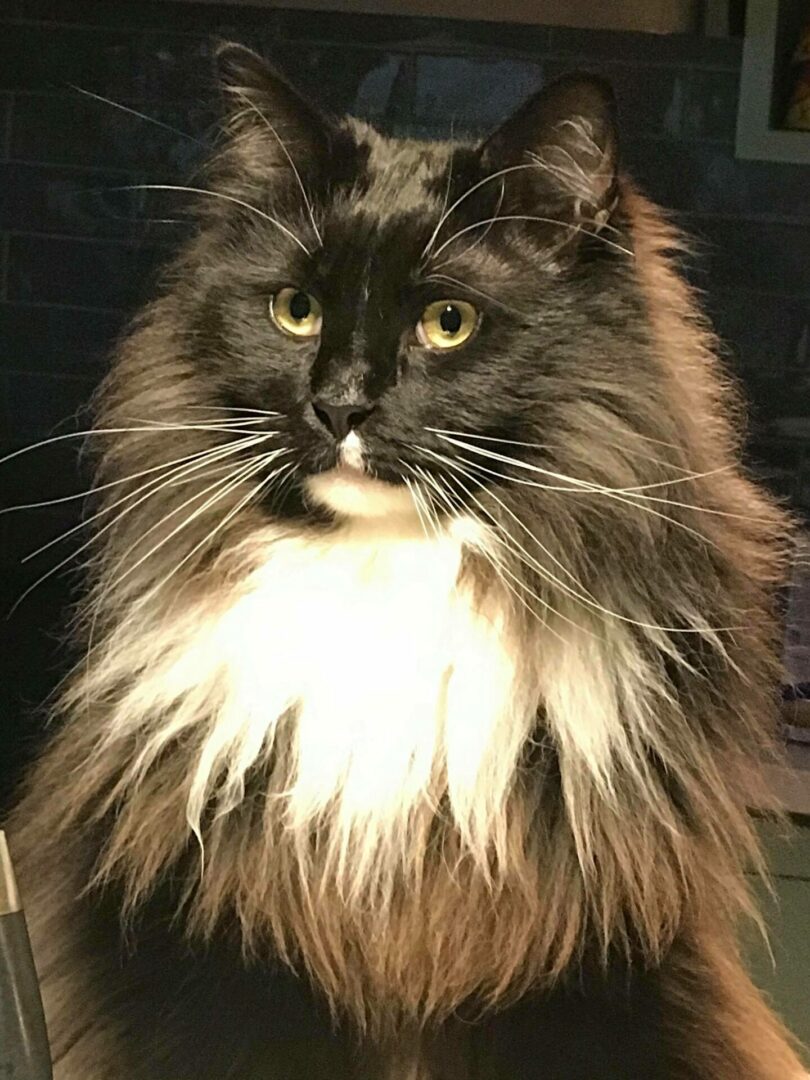 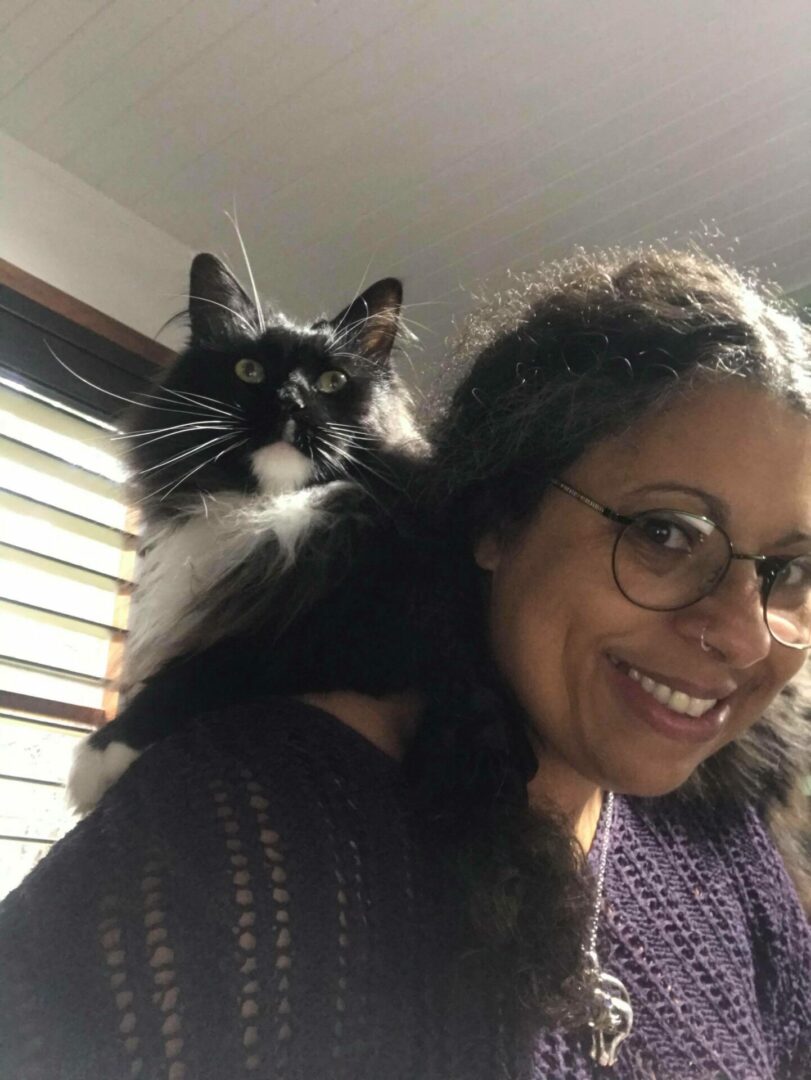 
What are his favorite hobbies?

Bustopher Jones’ favourite hobbies are riding on my back. Watching the water from the washing machine run down the plug hole and playing with his toy fish. Oh and he loves to smooch whenever he gets the chance.

What’s something special you’d like people to know about Bustopher Jones?

I’ve had many cats over the years but Bustopher Jones has to be the most intuitive, loving and sensitive I have known. Think of the most charismatic person you can think of, mix that person with movie star looks and a personality to die for and that would be Bustopher Jones, in a catsuit!

I’d like to give a special “thank you” to Bustopher’s cat mom, Cheri, for allowing me to share his story and pics with you all. If you’ve got a tuxedo cat and would love to see more, don’t forget to join the Tuxedo Cat Lovers Group on Facebook if you haven’t done so already. 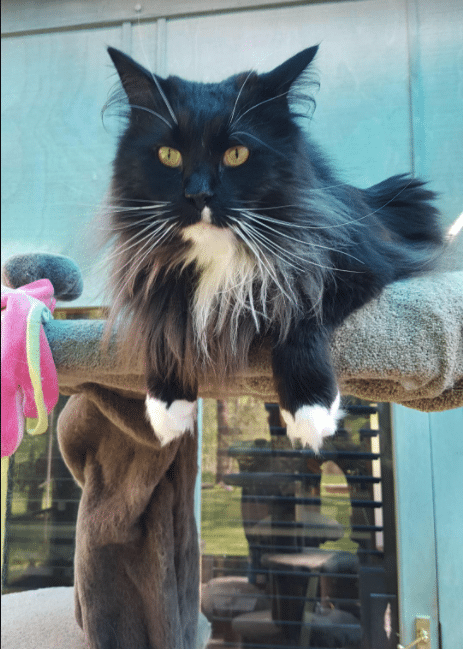 Buy Now, Save 20% + Free Toy!
We earn a commission if you make a purchase, at no additional cost to you.
Bustopher JonesMaine Coon catMaine Coon tuxedo cat
12
FacebookTwitterPinterestEmail

Feline 411: All About the Sphynx Cat Breed

The Healing Power Of A Cat’s Purr