But cats, even stray cats, are very smart.

And I will always say that cats of all kinds are excellent judges of character. For one white cat living on the streets of Mexico, he found himself taking residence outside of a local store. He’d meow at those who passed by hoping someone would feed him. Primary school teacher, Tania Lizbeth Santos Coy Tova, noticed him staring at her one day a few months ago. Suddenly, her curiosity grew for this kitty. Of course, just as any kind-hearted cat lover would, wondering if he had a forever home. 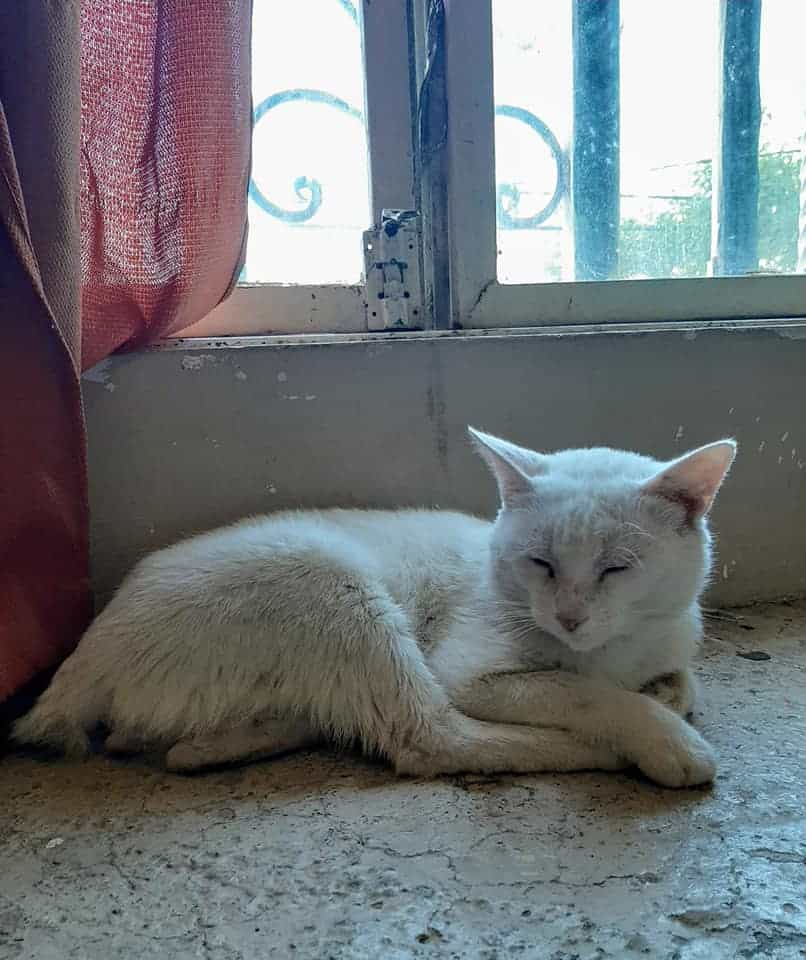 Tania told Metro UK that, “When we went to the store I always saw him out there, sometimes he would sneak along with people to enter. I thought he belonged to the managers, but one day when I and my companion entered, he chased us.”

And when she entered the store, the stray cat was up to his usual antics. Leading her straight over to where the cat food was kept. He knew the aisle well, apparently. 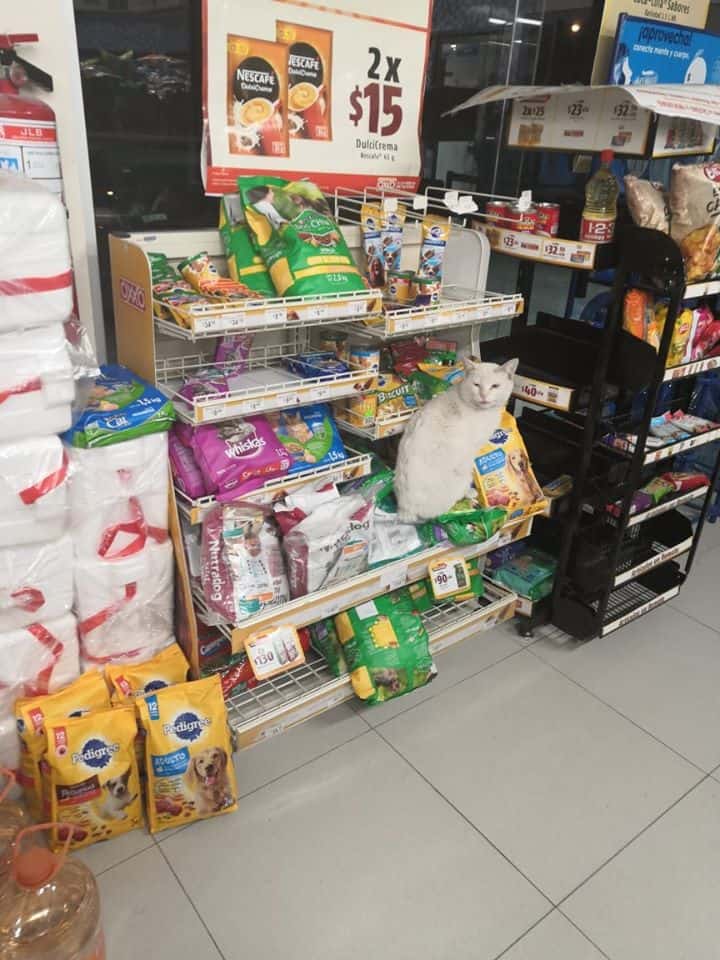 “He got in between our steps as if we were ignoring him, then I paid attention to him and it was when he first guided me to the pet food rack,” Tania said. “Then I understood that he wanted to eat.”

Tania decided to do some investigating of her own about this cat who seemed drawn to her, and she soon discovered that he was living in an abandoned house when he wasn’t posted up at the storefront trying to score a meal. Life on the streets wasn’t a life, she knew. So, this kitty that lead her straight to food was taken in by Tania. He had some injuries she could see so she wanted to help him get healthy and not be forced to live alone on the streets.

And now, the white cat which she appropriately named “Rabbit” will never have to go hungry again. 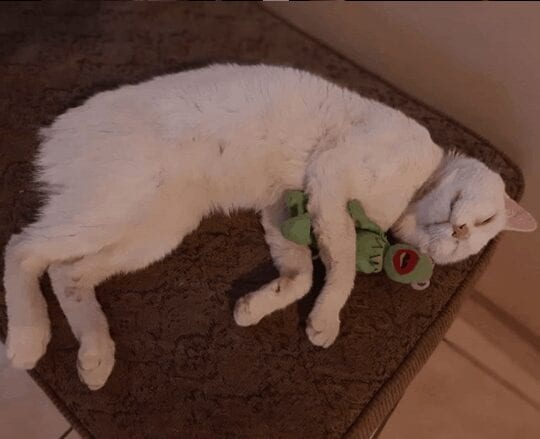 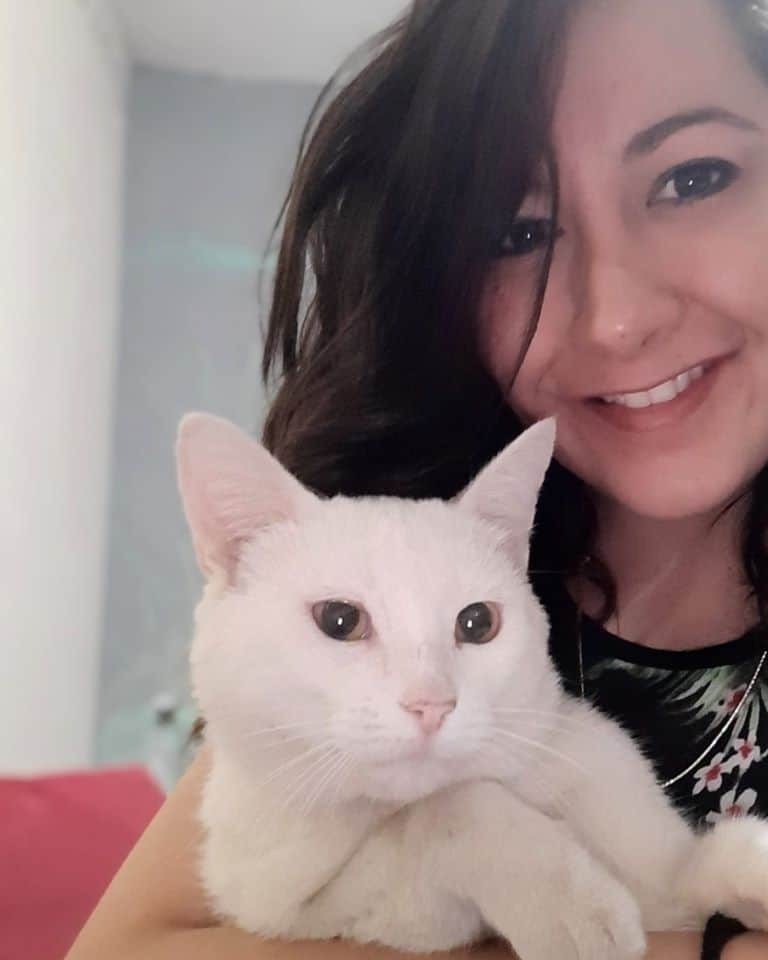 Tania has received lots of love from animal lovers across the globe for sharing her story, and she’s even started a Facebook account for this now very well taken care of white kitty. You can follow his adventures for the rest of Rabbit’s nine lives here! And you can even find Rabbit here on Instagram, too. The stray cats of the world could certainly use more happy endings like this one, and I’m happy that Tania opened her heart and her home to this hungry kitty who clearly wanted to be loved. 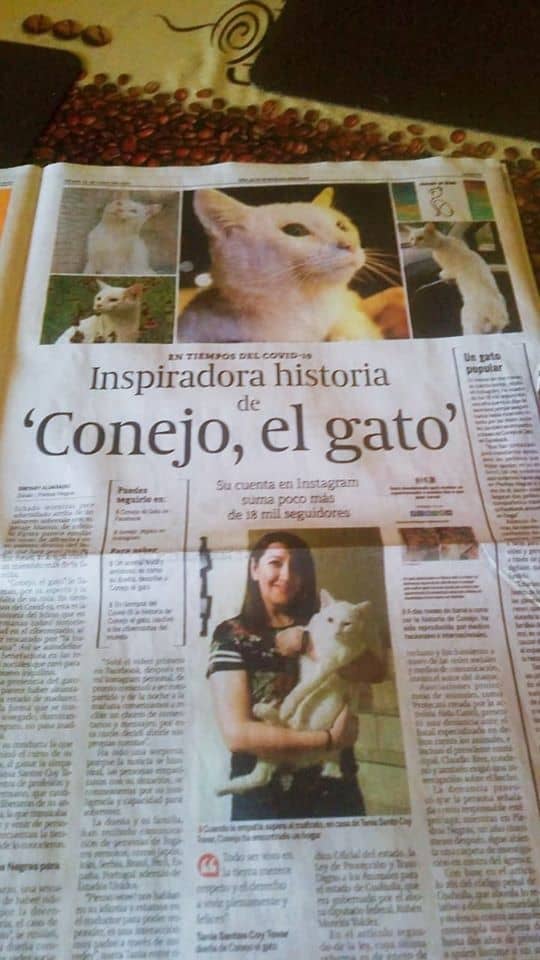 Here’s Conejo el Gato today, looking happy, healthy, and most of all, loved! 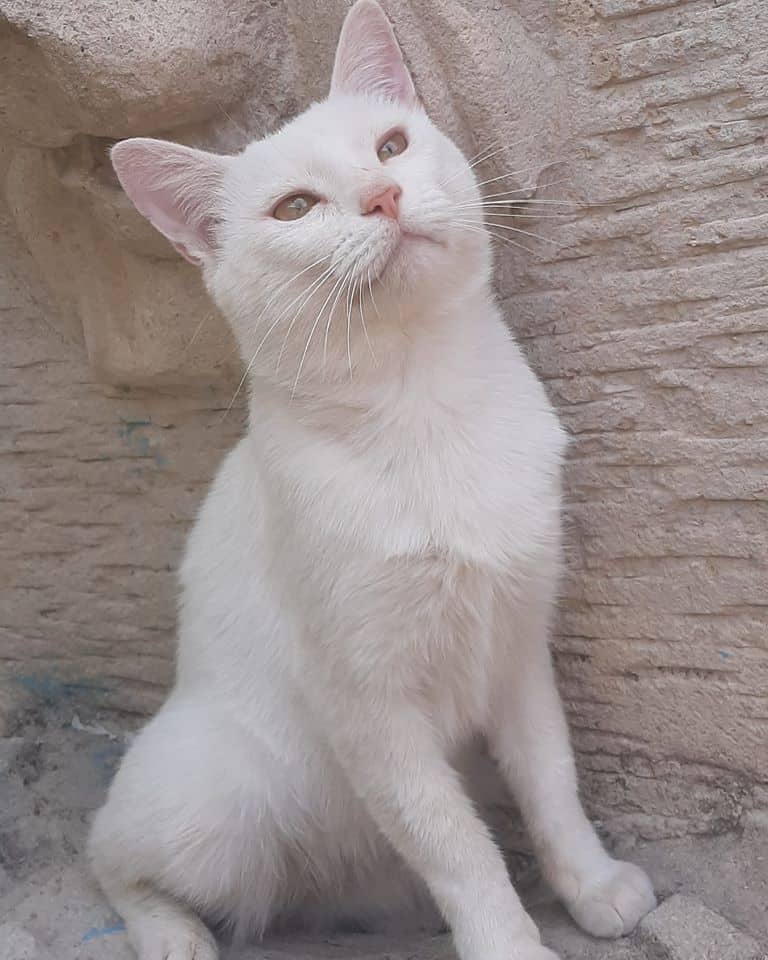 Why Do Black Cats Rust?