With cats, there are so many coat patterns and color combinations that the possibilities are endless. But do you know which solid-colored cat is the rarest in the cat world? That would be white cats! These often blue-eyed beauties look like little angel cats, and we can’t help but love them! Whether they’re long-haired or short-haired, tiny or large, white cats are simply unique and lovely. 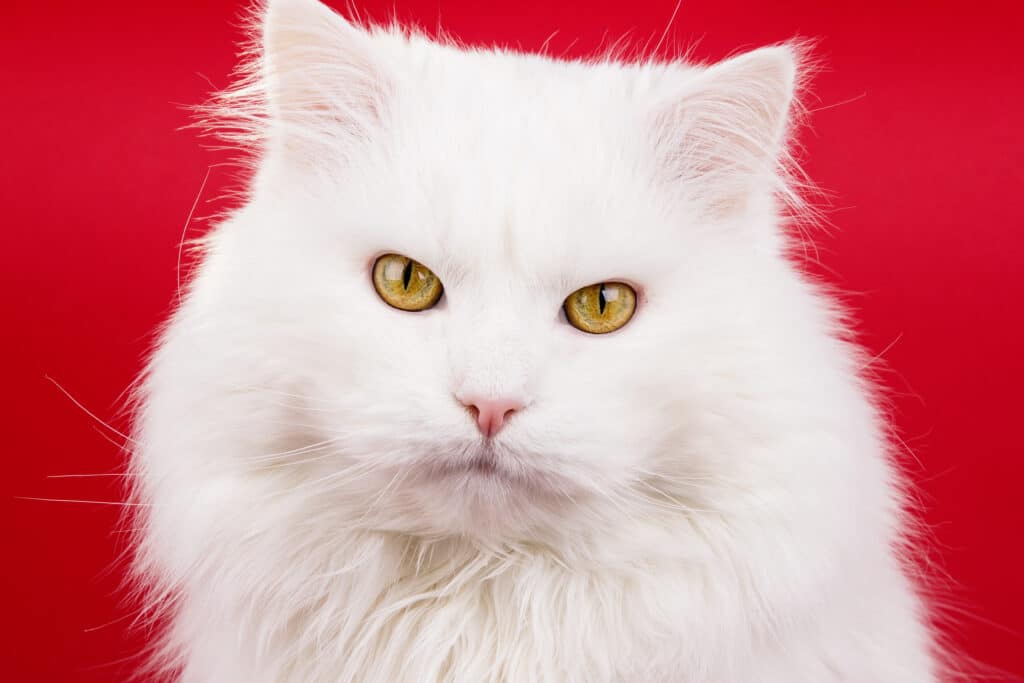 Heterochromia iridis occurs in humans, but it can also occur in cats in the form of complete heterochromia in which one eye is a completely different color from the other eye. For cats with this eye condition, it does not impair their vision and they typically have no difficulty seeing. Commonly referred to as “odd-eyed cats” this genetic variation is quite beautiful and a sight to behold. 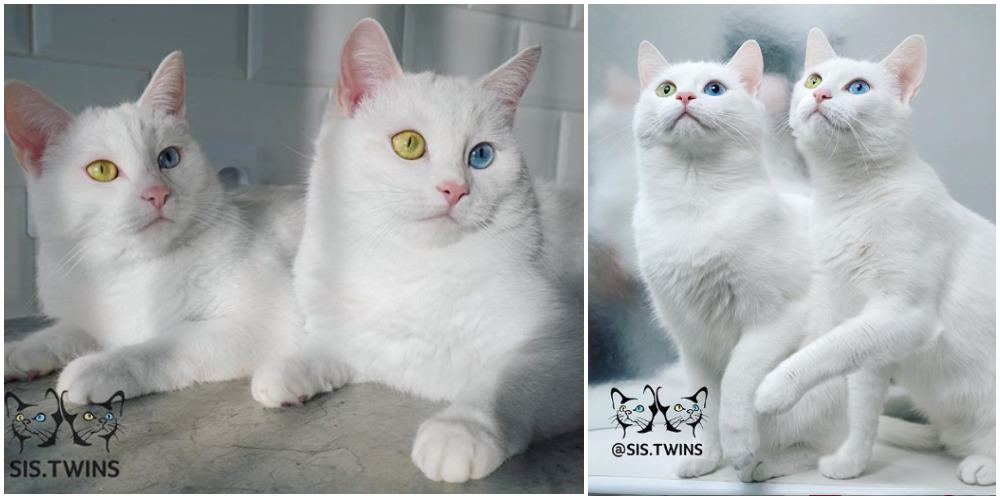 We know that most kittens are born with blue eyes, which change in color in the weeks after birth. As they mature, the melanin moves into the iris and results in color change. But for these odd-eyed cats, one eye will change while the other remains blue as it is unaffected. 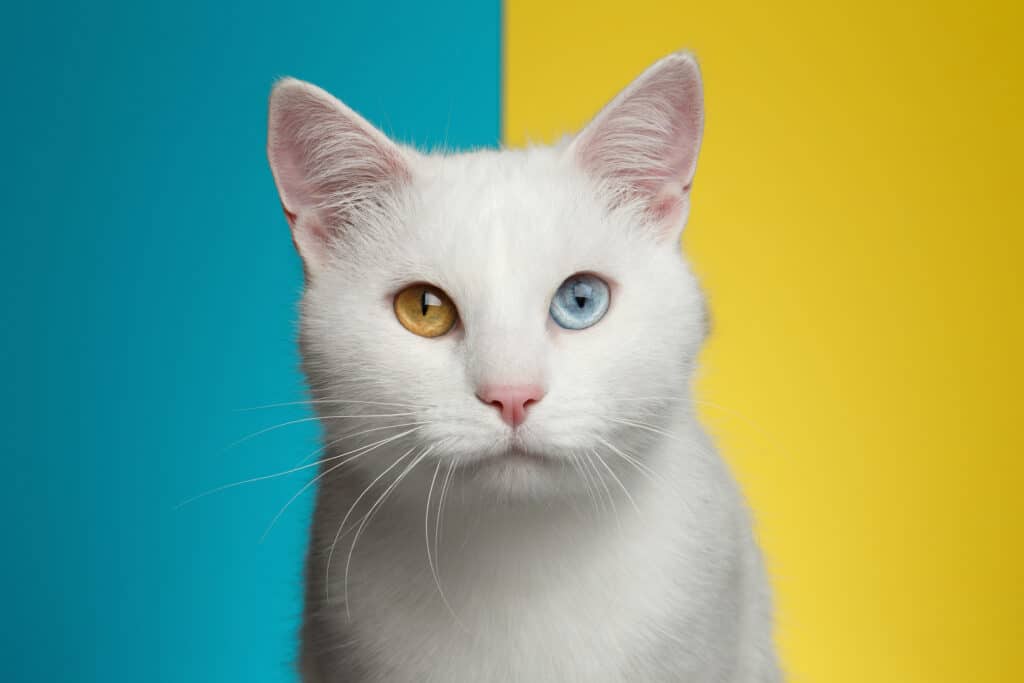 And although blue is most recognized, white cats can also have gold, green, yellow, or amber eyes. The Turkish Van, an ancient cat breed of Turkey, is reported to have one in four purebred cats of the breed with odd-colored eyes.

Interesting white cat fact: Centuries ago, white cats were synonymous with royalty and highly sought-after by people of noble blood.

Want to see some more cool cat eyes? Check out our fun gallery of cat-eye photos and facts! 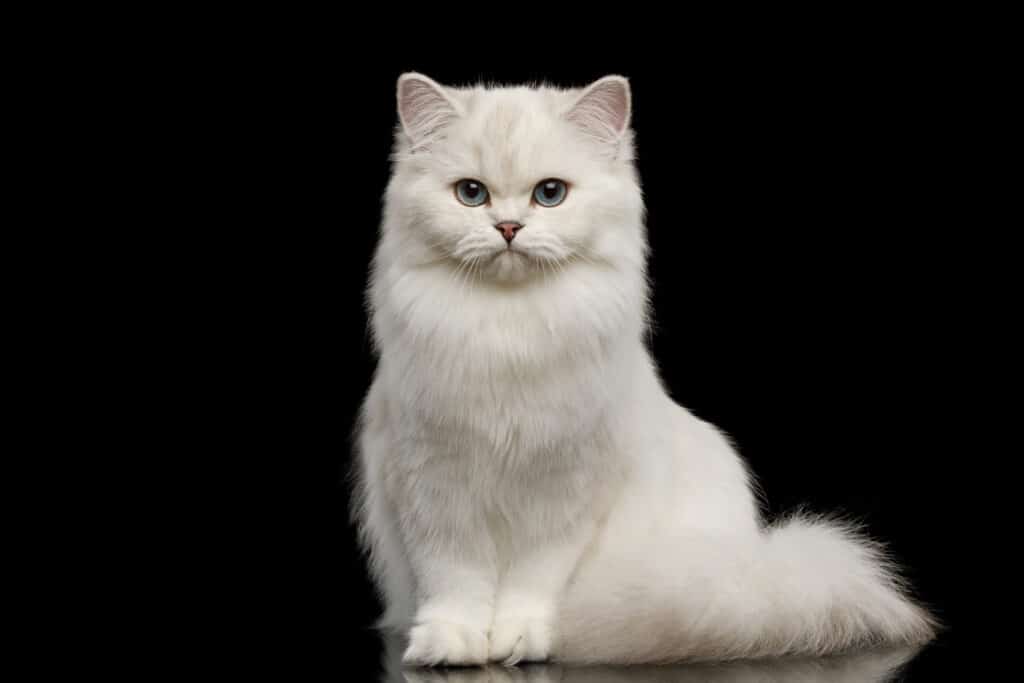 There is a scientific difference between a cat that is white versus a white cat that is albino. For cats that are solid white, the white is present due to a masking gene known as the W gene. This is what causes a cat to be solid white when the dominant allele is present; if there is a recessive allele, the color of the coat will appear instead of white.

For a cat that is albino, this will come as a direct result of a mutation of the TYR gene. And due to the obvious lack of pigment, these kitties will be sensitive to the sunlight, with pinkish skin and eyes which are icy pale blue that may even have a pinkish hue to them. 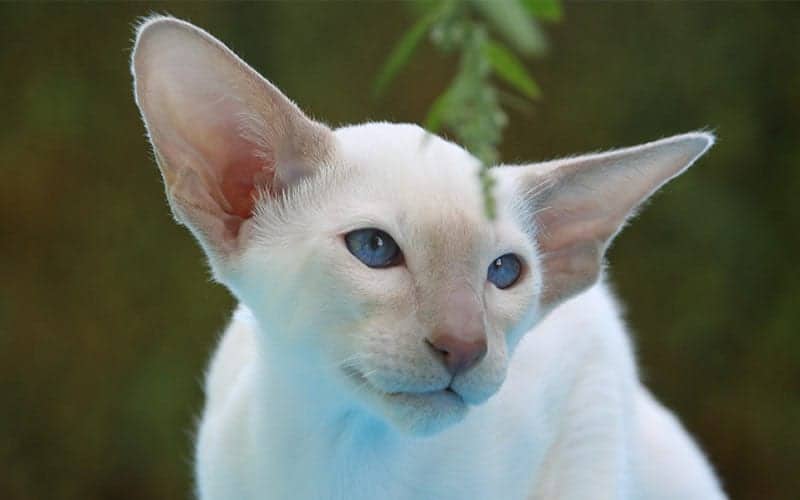 Interesting white cat breed fact: Several cat breeds have white cats, but these will often have faint spots, points, or markings, which does not make them truly white in color. The white Siamese is a prime example of this.

There are certain cat breeds that are known for often producing white cats.

While having an exclusively snowy white coat is thought to be somewhat rare, there are a few breeds that have cats of this color. The fluffy Persian, the often bicolor-eyed Turkish Angora, and the long and slender Oriental Shorthair are a few breeds with white cats often found. 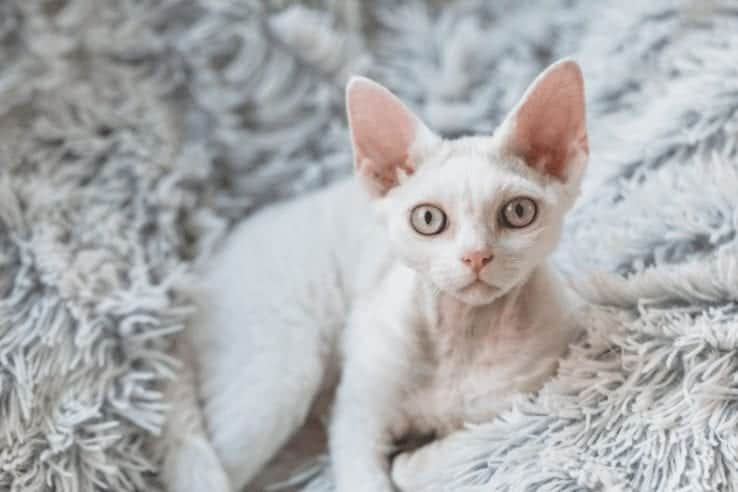 The same genes that control coat color are associated with hearing.

Speculation about white cats and their higher likeliness of developing hearing issues has been officially studied as early as 1868. Charles Darwin discovered that cats with blue eyes who were also pure white in color were most often deaf shortly after being born. In his book, The Variation of Animals and Plants Under Domestication, he noted that deafness often occurs for these cats in both ears but can also be restricted to a single ear in a few cases. For the opposite and unaffected ear, the cat would retain residual hearing.

Famous white cats include Duchess and Marie of Disney’s The Aristocats, Mr. Bigglesworth of Austin Powers fame before he transformed into a Sphynx cat, and Hello Kitty (although that’s more of a personified cat, it still counts if you ask me!).

Did you learn anything fun and new about white cats? Share this article with your cat lover friends so they can learn something, too! 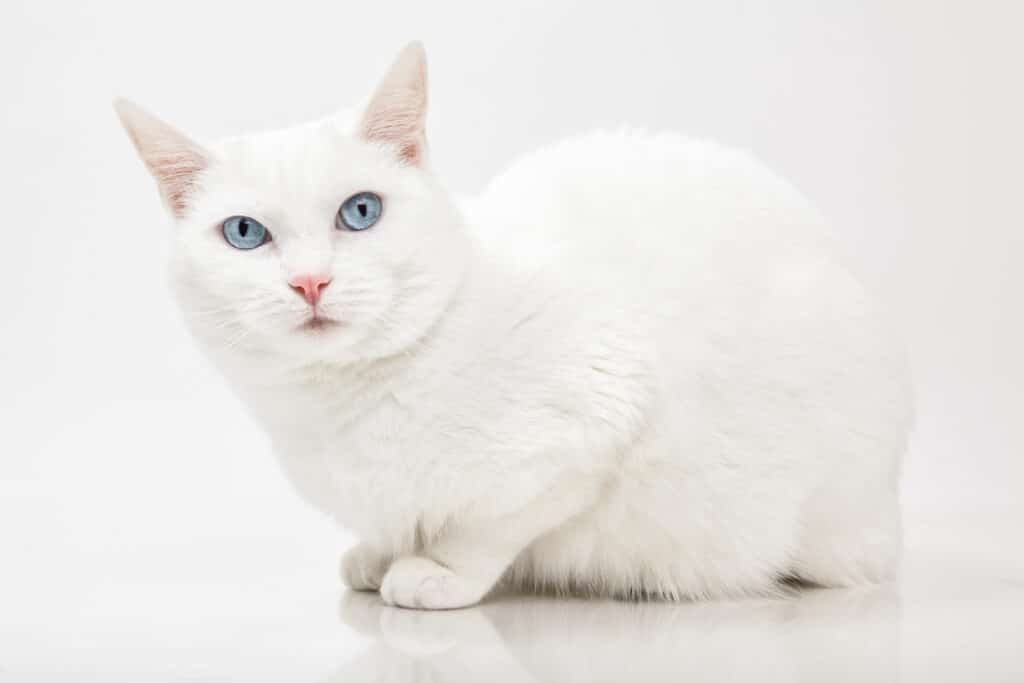 Why Do Cats Pounce?