Bringing in a new pet to the household is so exciting! All we want is for all the critters to be Instagram-perfect and snuggle so we can document those special moments. Introducing new cats to dogs or new dogs to cats can be a pretty tricky task. Here are some mistakes to avoid when introducing cats and dogs. 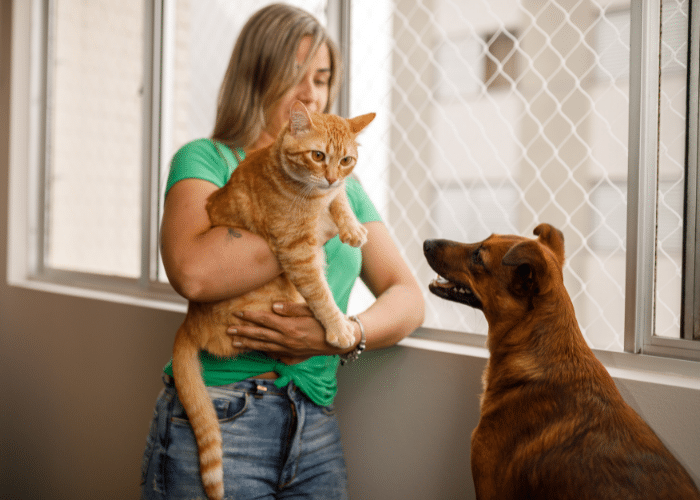 All at once unsupervised.

Introducing cats and dogs by placing them in the same room at the same time without any leashes or supervision just stinks of chaos, anxiety, and vet bills for both animals. Have you ever witnessed a cat that has never seen a dog in their life see one for the first time face to face? It isn’t pretty. The cat’s pupils dilate and all their hair stands erect making them look like they saw a ghost that was out to get them. Dogs that have never seen a cat and are introduced are either extremely excited and think they are a new toy or are terrified. Being present at the introduction is crucial. This way you can also show the cat that the dog is nice by petting them and such.

It is important to keep them separated in totally different rooms when there is no one home. At least until they have figured each other out.

Not having an escape

When introducing cats and dogs, if the cat doesn’t have a spot where they can jump up to and feel safe, they may respond with a fight because they can’t use flight. Cats are naturally creatures of prey, which is why strays hide their kittens, and to them, they are the prey of a dog until they figure out otherwise. But also, the dog may need a place to run from the cat if the cat is the one that needs to be escaped from.

This also goes for once they have been introduced as well. A cat tree is always a great place for a cat to be able to run to so they feel safe. 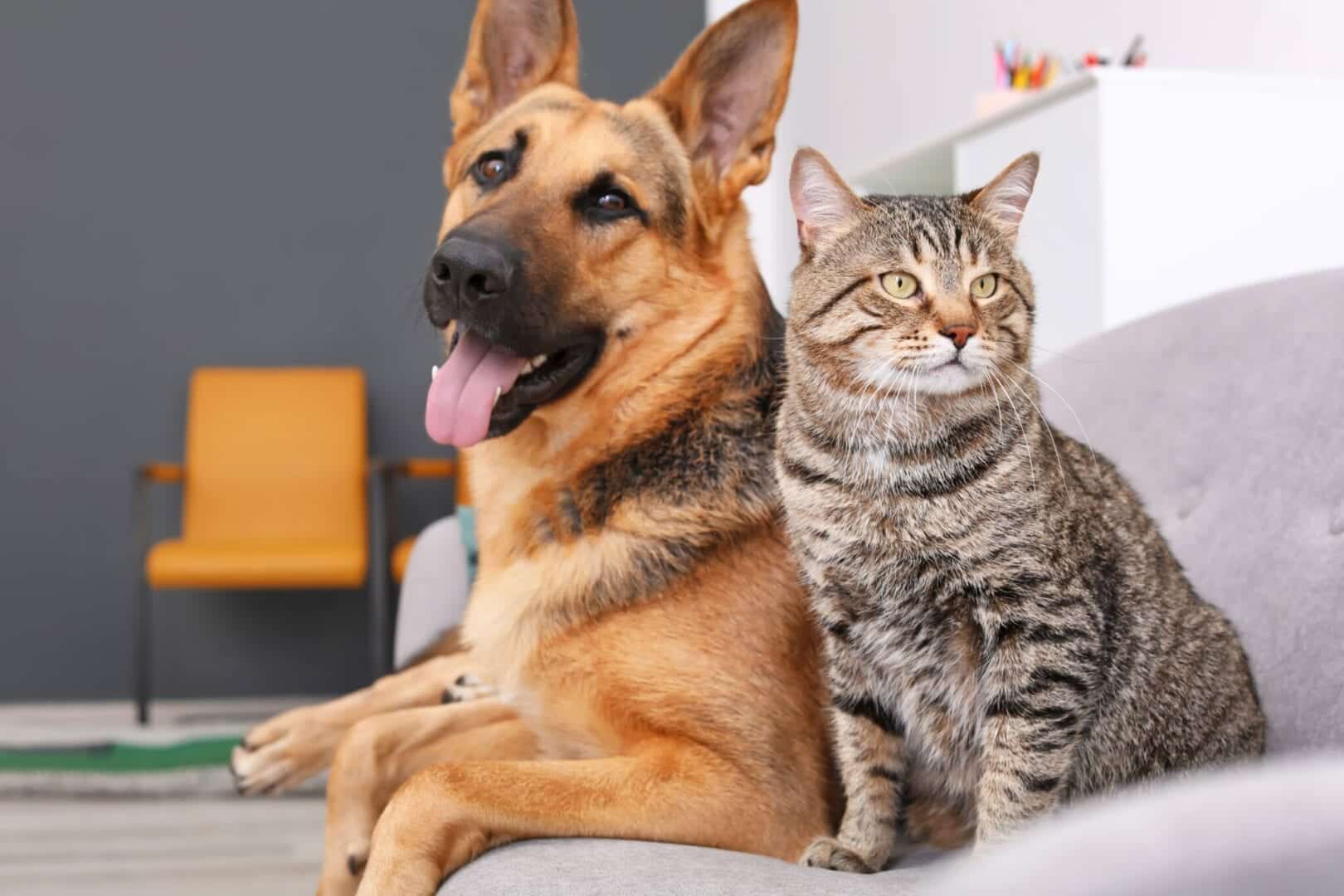 Throwing food into the mix

Dogs can be really protective of their food, treats, and toys. If the cat and dog introduction is taking place in an area where the dog’s food or toys is located, the dog may become possessive and resource guarding against the cat if the cat is curious and goes over to smell such possessions. This could also result in a vet bill.

Now, if the dog does something good in being introduced to the cat, reward them with a belly scratch for positive reinforcement. Keep food out of the introduction completely.

Holding the introduction of cats and dogs outside is an absolutely terrible idea and should never, ever be done. This is just foolish and leads to most likely the cat running away. Introductions should always be taken place inside to avoid a runaway.

Introducing cats and dogs can be done, even with adults that have never been around the other’s species before. The introduction just needs to take place responsibly and avoid mistakes at all costs as it could lead to some pretty bad outcomes. 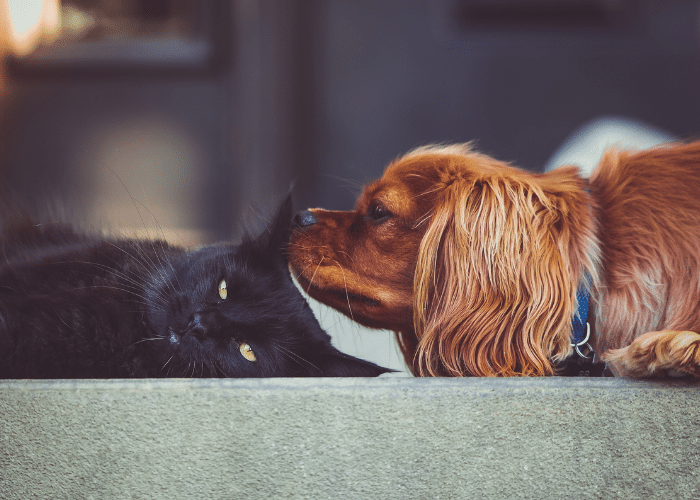 Rare Sickly Kitten Gets Abandoned, But Winds Up In Purrfect Hands